Karitha, the Dark Queen of Okoto 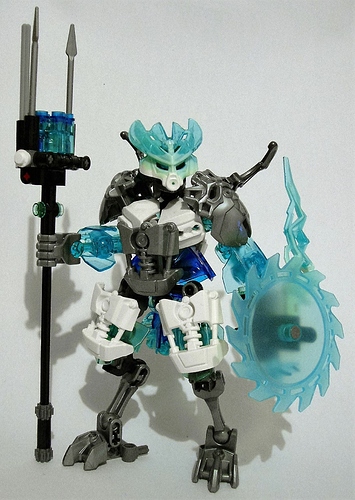 Karitha was once a strong and wise villager in the Ice region of Okoto, long ago. She is a direct ancestor to a massive chunk of Okoto’s population, and during her lifetime she became a mother, grandmother and great grandmother to a massive extended family. 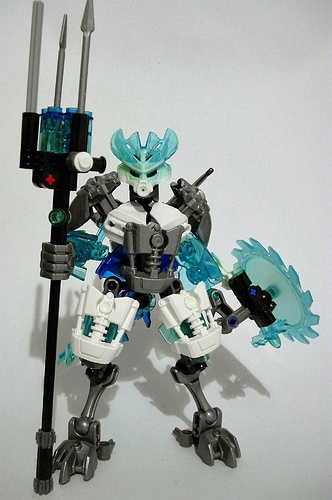 Karitha had a deep knowledge of Okotan legend and elemental powers which she could even channel through ancient rites, rituals and potions. One such rite connected her to primal darkness (much like Umarak) and this began to corrupt her. She would secretly expand her powers and learn how to spy on other locations and people using shadows. 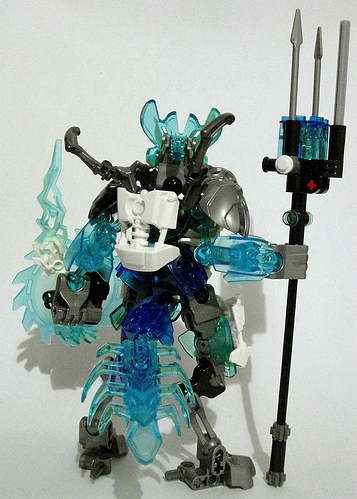 One night, in yet another bid for power, she used a ritual that called up her ancestors from the ice tribes’ barrows and allowed her to control her own descendants. Now with an army of both living and dead Okotans under her command, she took the mask and weapons of the protector from her grandson and named herself queen of the ice region. 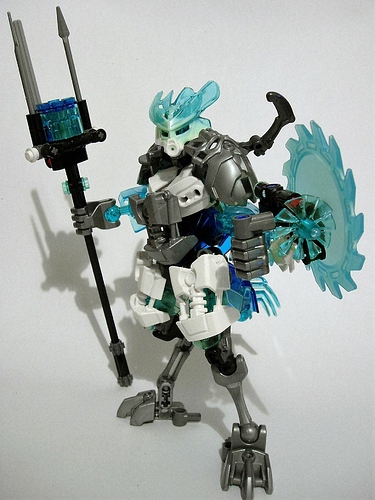 After forcing all of the ice villages into submission, she turned her shadowy gaze to the disputed border region between her region and the Region of Water. Her forces mowed through the peaceful villages and froze the land in their wake. Thanks to her ability to see through shadows, she was able to see what her enemies were planning, and stop them. 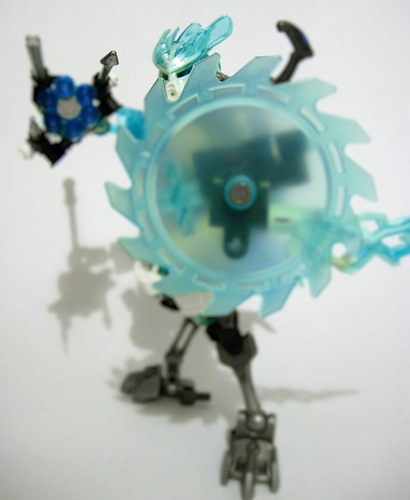 She was eventually defeated by Ekimu, who sealed her in an elaborate tomb in the remote wastes of the ice region. Once she fell, her spell was undone and her armies crumbled.

However… many ice villagers have been having strange dreams lately (including Izotor himself!) and there are rumours of skull spider activity out by that ancient, sealed tomb…

Have a song why not!
https://www.youtube.com/watch?v=bfEUBJLZSHw

dat moment when you make the ice queen in bionicle

I really like the legs and torso build, but I’m not a big fan of the tail thingy.

Ah I kinda see it now, it still looks somwehat odd but I get what you were going for.

Ahh, Gringat… You never fail to impress me. GG, my friend.

The arms don’t stick out enough

this is a really nice Combiner! I really want to know how you build her?

Interesting moc, the tail thing is odd though

It was years ago. I couldn’t tell you. I’m reasonably confident that if you got the sets she’s made from together you could work it out, though.