As requested, more pics of my Karzahni, this is gerou100’s design with a slight edit to the arms and KhingK’s Kanohi Olisi painted by myself. Please enjoy! 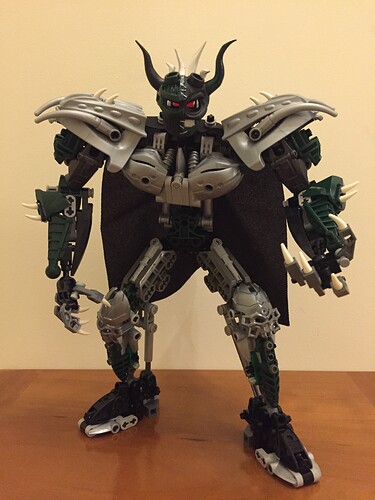 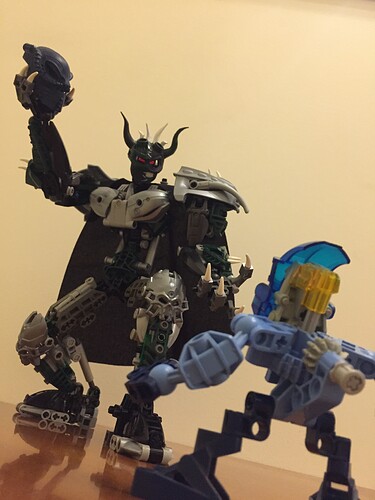 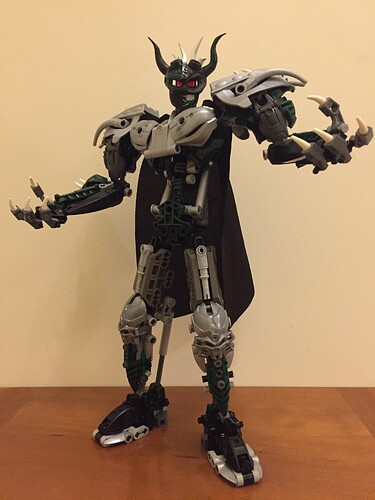 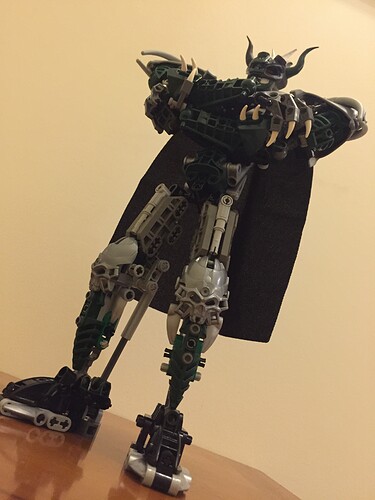 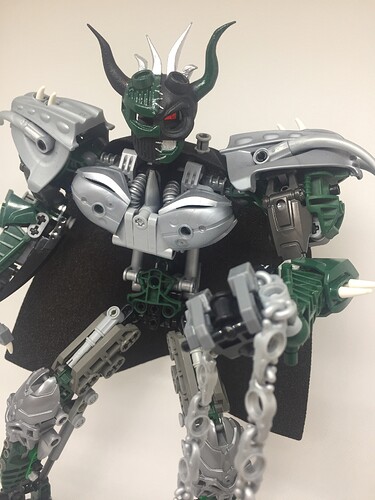 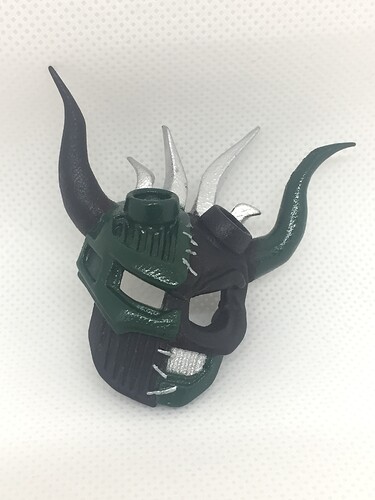 Ooh this moc is pretty good! I like the silver armor and cape; it gives him an almost regal appearance.

I really like the top half of the build, but I think the legs are really lacking. They don’t say Karzahni to me at all. They’re too smooth, and too uniform as well. Overall, that’s more of a theme on this MOC, things are kept clean for the most part. I still feel though that thickening the legs, and maybe adding some spikes like you did on the arms would help.

I’m definitely weirded out by seeing Karzahni standing up straight as well. It looks very unnatural for a character who is supposed to be a nightmare, and the opposite of Arthaka, someone who I would imagine with great posture.

I’m assuming the cape is either from a set, or something you had on hand. Its simply too short. If I saw someone walking around with a cape that barely reaches there knees, I don’t think I could take them very seriously. For Karzahni, I would also imagine his cape would be tattered, or imperfect is some way, but right now, it’s once again clean. No holes, a straight cut all around. It’s square.

Thank you for the feedback!

The cape is from the Furno XL set and I agree it is too short, the only other official Lego cape that might fit the bill is the cape from the Technic Darth Vader set from 2002 which I’ll look into acquiring. However this is also a smooth, complete cape so maybe something custom made might be more fitting.

As for the legs I agree that the “thighs” are a bit bare but I think the skinniness is pretty accurate to his depiction where he’s hunched over and looks quite top-heavy.

I love this MOC! I also find the picture of Karzahni standing tall to be quite interesting. It seems to radiate his insanity, as only he would have tall, thin(nish) legs and heavy boots, and a short cape. He looks as creepy as I could want! Great job!

nice to see this moc here after a long time

good to see you’re still active!
Your Karzahni has been one of favourite designs so hopefully I did it justice ^^