Best way to avoid studying for a math exam? Bring out the legos!

I wanted to try to make some kind of self-moc, and with a username like Scorpion_Strike, what else was it going to be?

Keho Scorpions were found mostly in Ko-Metru and Ko-wahi, and in small numbers on a few of the southern islands. Evidence suggests that the species was once much more widespread, but competition from newer rahi, mostly Makuta creations, drove them out. The Keho were most numerous in Ko-Metru, which was more or less the perfect environment for them. Their eight legs, tipped with spikes, acted like ice picks and allowed these rahi to climb the Knowledge Towers and negotiate the rough terrain with ease. Although their body temperature was often several degrees below zero, they could be remarkably active and sustain themselves on relatively little prey.

Their single eye had a crystalline lens, which resisted damage and freezing while giving the Keho a very wide field of view. They had gills towards the back of their bodies as well as lungs, allowing them to live both on land and in the water. Overall, the Keho were some of the best adapted rahi for living in cold, hostile environments. Like most rahi in Metru Nui, they migrated to Mata Nui after the Great Cataclysm.

The Keho Scorpions established themselves in the harshest regions of Ko-Wahi: the mountains. These most resembled the Knowledge Towers that had been their domain in the past, and they could avoid competition with the occasional Muaka or Kane-Ra that patrolled the frozen plains. With the stinger included, the Keho were about as tall as a Toa, but they could easily end up as prey for these larger rahi, who would often try to flip them onto their back to attack their vulnerable underside. The Keho were tough prey, however, and could often defend themselves successfully with their large pincers, stinger, and armor that was impervious to most attacks.

Although they share many similarities with the Nui-Jaga, another scorpion-like rahi, the Keho are not related to them. Unlike the desert-dwelling Nui-Jaga, the Keho have no venom whatsoever, relying instead on brute strength and tactics. Since they are not particularly fast, they often set up traps and ambushes, and try to grab passing prey with their pincers. They they then kill the prey by repeatedly stabbing it with their stinger while crushing it with the pincers. While the Nui-Jaga have jaws that allow them to eat prey directly, Keho instead inject it with a powerful acid, that liquefies their insides and allows the Keho to drink the resulting “smoothie” for nourishment.

The Keho are also much smarter than the simple-minded Nui-Jaga. In fact, the Ko-Matoran, both in Ko-Metru and later Ko-Koro, had great respect for the Keho’s advanced hunting techniques and mastery of the roughest terrain that Metru Nui and Mata Nui had to offer. Interestingly, while the Keho were easily able to take a Matoran, they often showed no interest in them whatsoever. They would defend themselves if they felt threatened, but other than that posed no threat to the ko-matoran, and on rare occasions they were even kept as pets. For a while the Ko-Matoran Guard tried to use them as mounts, much like the Ussal Crabs used by the Onu-Matoran Ussalry, but the Keho were ill-suited for riding, mostly because their stinger would knock off, or worse, impale the rider if the Keho tried to use it.

Although the Keho’s origin is something of a mystery, there are some matoran legends about them. According to one, the Keho are in fact old enemies of the Makuta. After being defeated by the Makuta, their spirits were trapped in these rahi bodies, and they were left to roam the remote icy wastes of Ko-Metru and the southern islands, where they wouldn’t cause any trouble. This does explain their intelligence and perhaps their unwillingness to attack matoran, and their differences from other rahi native to Metru Nui and Mata Nui. For example, unlike other rahi, the Keho did not have a kanohi mask. According to the legend, the Makuta feared that if the Keho had kanohi, they might try to get their pincers on great or noble kanohi with actual powers, and use that power to rise up against the Makuta once again. One upside to this, for the matoran on Mata Nui, was that that the Makuta could not control the Keho with infected kanohi like other rahi.

When the matoran migrated back to Metru Nui and started to rebuild the city, some of the Keho followed. It is unknown what became of those who stayed behind on Mata Nui when the Toa Nuva unleashed the Bohrok once again, but it is possible that they survived by moving into the surrounding ocean. After the Battle of Bara Magna, the Keho migrated once again onto the reformed planet of Spherus Magna, settling in the White Quartz Mountains.

Best way to avoid studying for a math exam?

Know it’s tempting, but unless the stuff is base work…yeah don’t avoid it.

Anyway I like this MOC. I don’t see it as a Self-MOC but it works.

I ended up studying later anyways, and the exam went alright.

with a username like Scorpion_Strike, what else was it going to be? 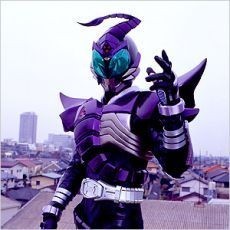 Never heard of kamen rider… but that costume’s pretty cool.

The orange teeth are out of place. Otherwise, it’s pretty good.

Love it, lots of nice detail, but also very smooth and simple on the bottom, kind of resembling a crab.

I could take off the tail and recycle it as a crab MOC, but that would be cheap…

I… never said anything about the tail.

*Note, “sasori” is Japanese for Scorpion.

For how simple the MOC looks, it gets the job done.

Pros:
It is a Scorpion…
I like the claws a lot…
It has a decent color scheme…
I love the torso, simple but effective…

Cons
the orange teeth things, don’t go well with the rest of the color scheme.
The blue pins… /s