Greetings everyone, been busy with life, but my son hasn’t stopped building. After sharing some of his builds on Flickr and the positive responses. I figure I share here so he can get support as a young builder from other builders. I go in detail on the Flickr posts, but I will be brief here.

So yeah, with one upgrade build(back piece) this is his Godzilla. I so want to upgrade the whole thing, but he love it fighting his heroes. 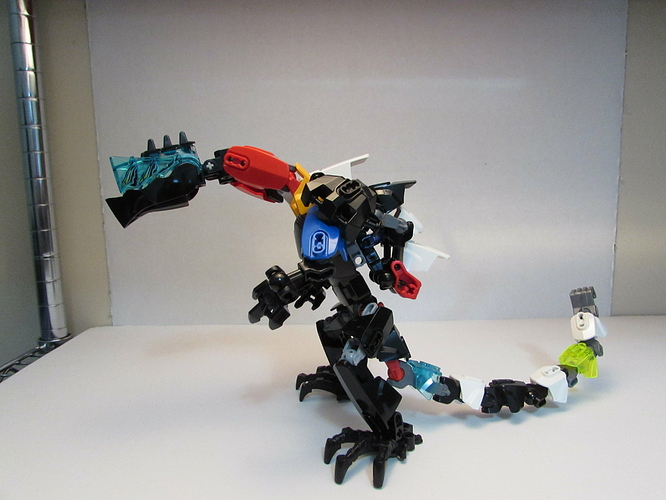 This one I am calling his Zombie Monster, but also just used some of my prototyping parts. Which as shown, I am not getting back anytime soon. 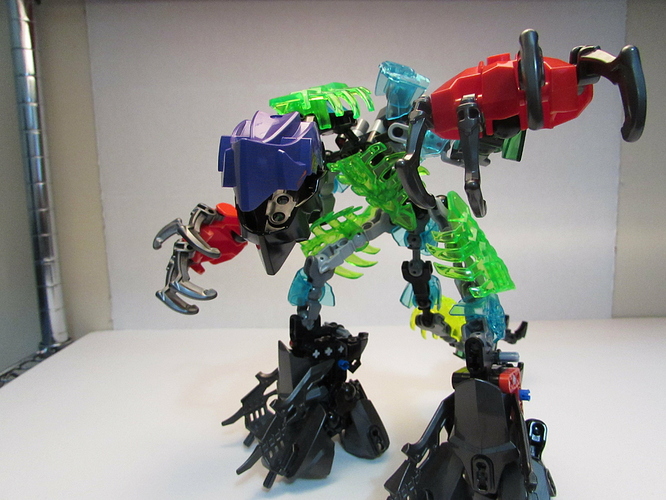 After rebuilding Frost Beast for comparision pictures with Ice Beast, kid made his own Kid Ice Beast. So he can his own Ice Beast to build. Will have to see how his evolves over time. 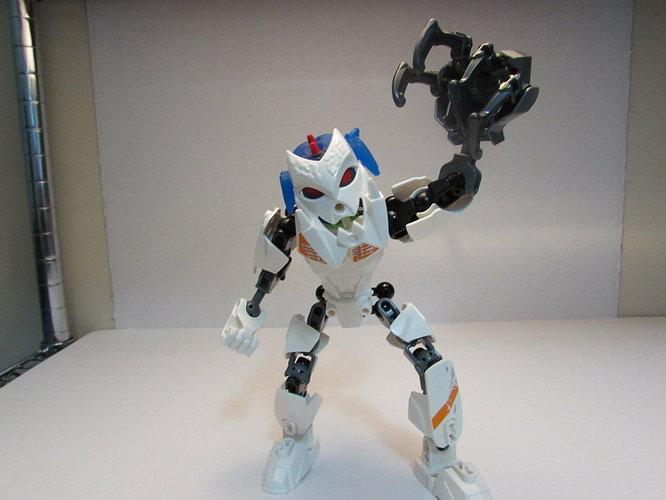 So the kid found my weapons bin and found the ball ammo for the shooters. So he made a hero to use a blaster on. Very basic, just pegged on hand, but I am sure he will try to make new weapon designs for his heroes. Yeah, he loves Captian America and is happy I have the parts for him. 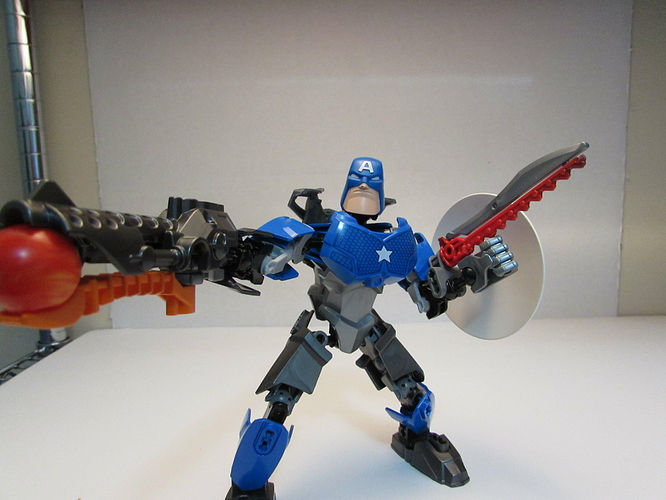 Then there is these two, the creature is his design. He has been working on trying to make a many heads creature. With each one he gets a better idea or liking to the step up. However, it wasn’t his only desire for this build, but first came the creature then the hero. 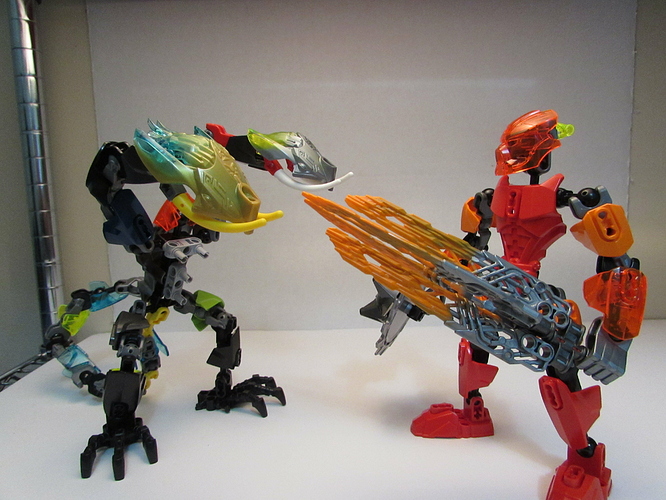 Because the creature powers up the hero as a combiner. Other idea he is continuing to work on his own. This connection is very basic, but I am sure he will come up with something better. Especially since Dr Scorpion X is on his list of favorite youtube views. 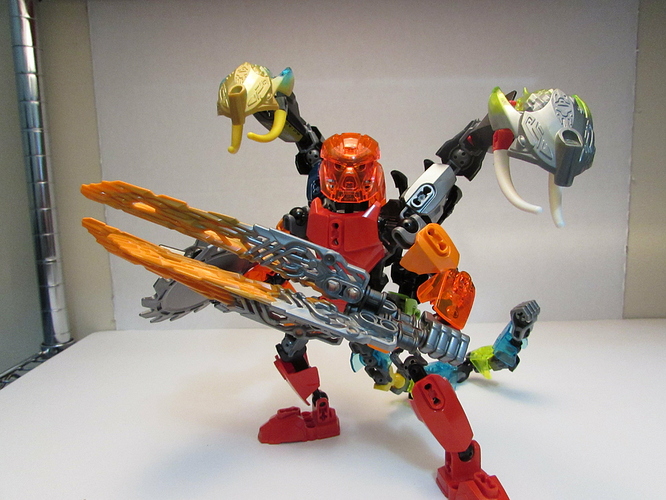 Well thanks for checking his creations out, I will be reading him all the comments, telling him the view count and likes. Till next build, keep building

These are actually pretty good for kid MoCs. The Kid Ice Beast is kinda meh, but, aside from the mish-mash of colours, they’re really nice!

Thank you he is all smiles, and I know about the kinda meh builds, he has a lot of what i call slap part builds. As for the armors colors, it drives me crazy, but slowly he is grabbing the idea of color themes. Kid Ice Beast is his second best attempt of color theme.

Great moc’s other than the sometimes odd colours (which I understand because i did the same thing as a kid) but can I recommend you show him how to make titan style legs so he can start making bigger creations.

All of these are really good MOCs. I especially like the Godzilla one: it has a simple but effective build and it looks great.

That captain America look better then the official lego one

You are sooo right in that statement.

Well, I gotta say that these are better than what mine were way back then! Tell your son good work!

the Godzilla’s pretty slick with the spines scales armour thing going on with the back, how old’s the kid?

@Jellyflop thanks for the encouragement, and once I explained the titan size he says “we do it!”

@Rocka99 Thank you, I am looking to help him color change and make better theme choices.

@nexolo @Tahu3.0 you guys got “Wow, really?” from the kid, and I agree too. That was why the kit was mainly a parts buy.

@Drahcir_Nosnevets “thank you, :)” thank you for the encouragement to him

@Tobin-Bartram thanks, I helped with the back piece, wanted it to have the icon back style. also my son is 5 going on 6 next month. he loves building figures heroes and monsters, and in the past few days he is trying to make his own pokemon

Thank you to everyone that put likes to this topic, he is all smiles with every higher number I tell him. so now he is hooked to showing off so will have a topic for him from time to time.

These mocs are great brings back memories of myself being a kid just throwing things together your son did a great job!

These are great, I could probably build something like this if I took apart all my lego constraction sets

Reminds me of the good old hero factory days. These look fairly nice for kid mocs.