Seeing as how I am officially home for the summer and have access to my Bionicle collection, I thought it high time that I start sharing a few older MOC’s from before Bionicle’s reboot in 2015 and my membership in the Boards. As always, critiques are welcomed, just remember that a lot of these MOC’s are old so I’m taking pictures of them before I tear them down and create new MOC’s in the waking light of Bionicle’s Return and my first use of CCBS.
Without further ado, here’s a large Spined Centipede! 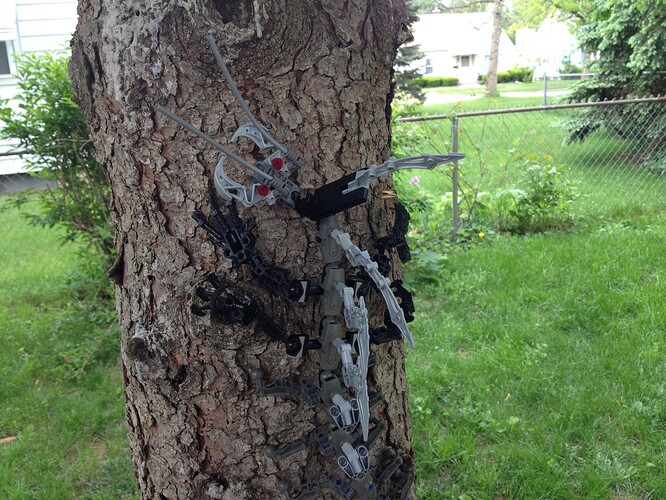 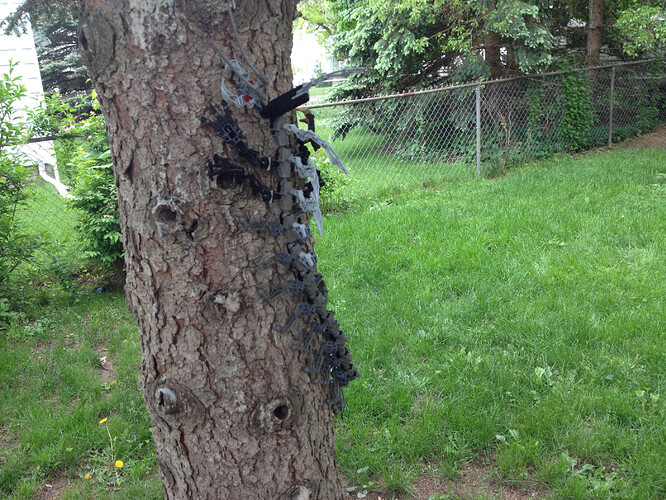 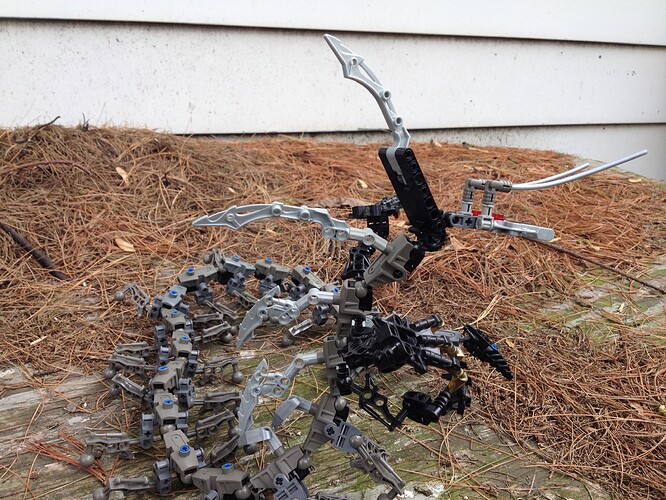 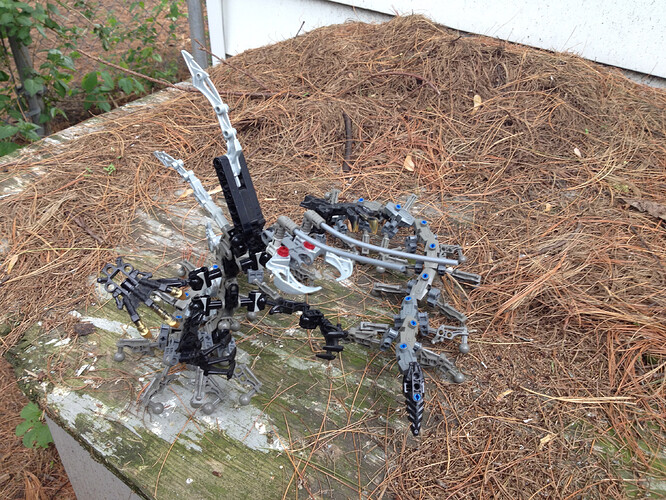 IMG_0430 copy.jpg3024×2268 2.7 MB
This species of Rahi is rather large, often a threat to Matoran although it never attacks villages. It’s front two legs have large claws that I can use for climbing, digging, attack and defense. The spines are only present on the males as a sign of age, intimidation, and to attract mates. The females of the species are primarily subterranean, while the males prowl ground above. The species has rather poor eyesight, but make up for that with large antennae feelers.

They are especially vulnerable to fire, something that Matoran and other travelers should keep in mind. One other weakness they have, is a sudden shaking before they attack. First their tail with vibrate uncontrollably, then the vibrations will travel up the body, once it reaches the head, the centipede lunges, throwing itself at its prey, its pincers exuding a lethargic venom. The venom will put a normal Matoran into a days-long sleep, but is not deadly in and of itself. A Toa will be knocked unconscious, but only for a few hours. Giving this carnivore the opportunity to eat at its leisure. After biting, a Spined Centipede will attempt to wrap itself around its victim and bite continually until the victim ceases to struggle.

Critiques are welcome! What are your thoughts?
(I will try to upload new pictures of old MOC’s at least once a week, but I make no promises as I have a busy schedule and a computer that does’t always comply. Soon enough, I will start posting pictures of new MOC’s that use CCBS integration, I might even make a self-MOC!)

That. Is. AWESOME!!!
I just showed my friend, and he was freaked out by it!

Thanks! This is the first topic I’ve created, and was a little nervous. I love MOC-ing and can’t wait to see the community’s reaction to my other old MOC’s and the new one’s I’ll make.

This looks really cool! I don’t’ see many MOCs like this.

I like it, but I’d make the eyes blue. Not trying to be an Eljay, but it would match the blue pins.

That is some awesome stuff my friend. How did you get it to stick to the tree?

This moc is great. I love how it could stick to a tree.

I’m terrified of centipedes but this looks great, also

I echo these sentiments 0.0
This is epic
And scary

This may be weird of me

I think bugs are frackin cool

I think it.pulls off the centipede look very nicely

@squeaverking True, I just have more of those red studs readily available than blue studs. That and while I was making it I fell into the “monster has red eyes trope”

@helryx and @MikeEmeraldBlade The MOC is held up by its four front leg claws alone. I found some nice cracks in the bark and a stump form a former branch and managed to position the claws in such a way that they support the entire MOC’s weight.

This is pretty good.
You made my skin crawl at the mere mention of the word centipede, so you’re doing something right.

Wouldn’t want that in my backyard, which means it’s working…