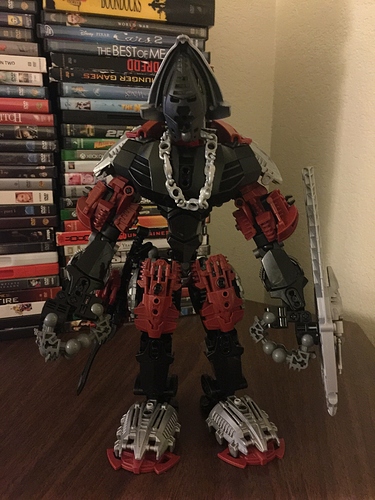 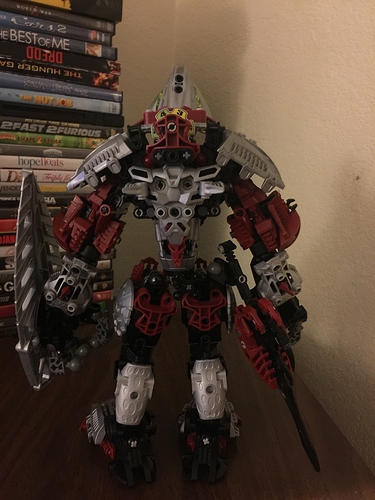 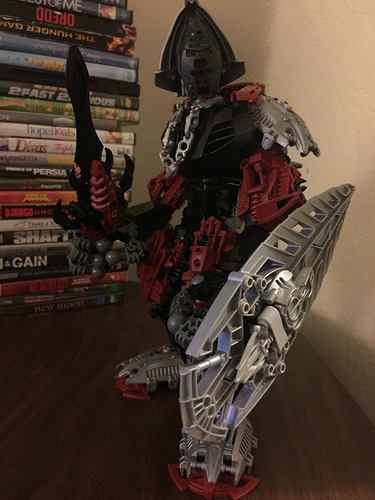 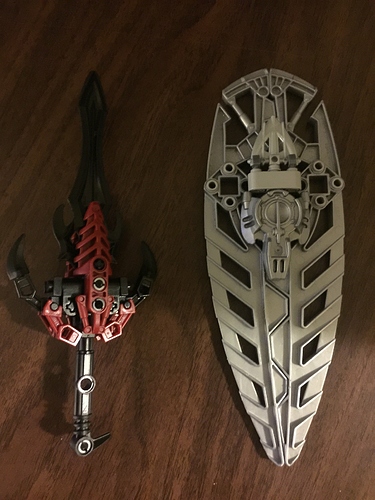 I love the design of this thing. I love the hulking appearance.

Just a question, haven’t you posted something like this before?

it was an Axonn moc using the exact same base.

I change the forearms, legs, & weapons

I like the bulky design and the appearance of the weapons.

I don’t like that the armor on the upper arms bulges out more on its lower half. Everything else is pretty interesting.

Quite the intimidating look to him. Unfortunately, the forearms look a bit too small and the waist far too skinny. It’s pretty good otherwise.

Ok, it went to a Axxon “Revamp” into an entirely different character with similarity from your previous mode.
I still have the same opinion of being a good build though.

Why does he have a Glatorian life counter if he doesn’t have a thornax launcher to play the game?

I like the overall design, similar to Axonn but varied enough that it works for me. I think it could have done with more of an improvement on the hips given he has massive legs that jump to a very tiny waist. The head being Makuta’s is also a bit too recogniseable - though i think the idea of using the Kardas head as some sort of crown or headwear is interesting and it covers the exposed back of the Makuta head which is normally see through.

Why does he have a Glatorian life counter if he doesn’t have a thornax launcher to play the game?