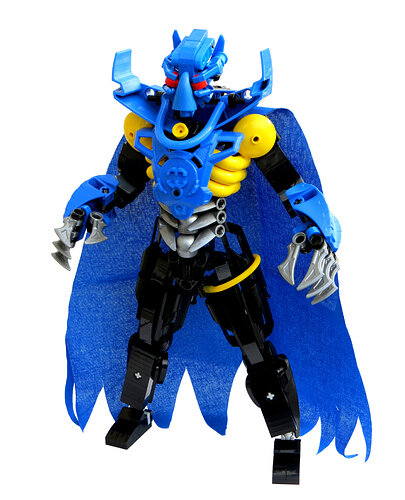 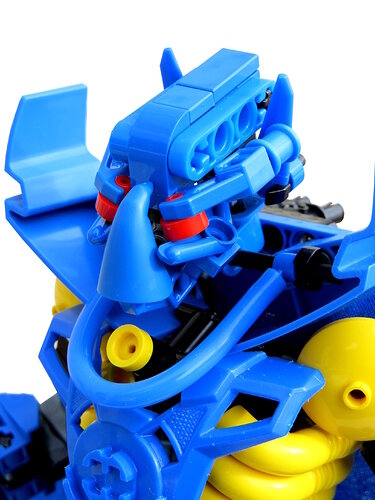 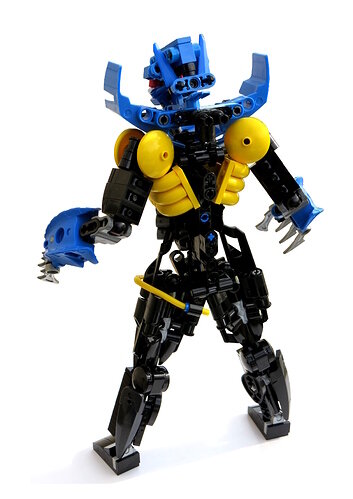 After Batman was forced into retirement by Bane following the events of Batman #497, the mantle of the bat was passed down to former assassin Jean-Paul Valley, who went on a brutal crusade to rid Gotham of crime.

Built this for the 80th Anniversary of Batman. This is one of my favorite versions of the character and I figured it would translate well with constraction parts.

ALL THE YES! This is so well done. Just wow.

That’s amazing! You made a 90s Batman design look so cool!

I’ll admit I’ve never really been a fan of the Azrael version of the character, but this is an excellent translation! Awesome job, as always!

Excellent MOC, even though it doesn’t really look like Batman to me.

Very cool! That’s a great use of the hero factory chest piece.

Where is that blue cape from?

It’s not lego. I traced kylo ren’s cape onto a blue piece of fabric quarter and cut it out.

That is kind of the idea. When Azrael took over the mantle he visually distinguished himself as he drew further and further away from the kind of Batman that Bruce was, until he was essentially an antagonist in his own right. Eventually overthrown by Bruce when he returned, of course, but still. Knightfall’s a pretty good storyline, I’d recommend giving it a read

So uhhh…this looks awesome 9.5/10. The head is a bit odd looking in the mouth area

yo, good stuff but where did the red nipples (eye things) come from

I got mine from the Elite Praetorian Guard buildable figure, but they come in quite a few recent system sets from different themes.

This is incredible! Excellent work.