Hello TTV. I am relatively new to MOCing, and I am only now sharing my stuff with the internet. I have an idea for an expansion for where the Bionicle story left off (Velika, Toa Nuva, new toa of little-used elements, etc.), and this moc is part of that.

As suggested below by HK-47, his name is Korva. He is a Toa of Sonics. His backstory is subject to change and expansion, but the basic idea is this:

Originally an Onu-Matoran, Korva was an apprentice of Nuparu. While the Velika dictatorship was taking hold, the Toa Nuva gave their powers to 6 matoran (similar to Lhikan) in hopes that they would find a way to overthrow Velika’s rule. Due to their Nuva transformations, their powers changed the 6 Matoran to have unusual elements. Korva changed from an Onu-Matoran to a Toa of Sonics.

During his studies, Korva discovered a new technology for weaponry. By concentrating the energy used in Zamor launchers, he was able to make energy canisters for use in barreled guns. He made a shotgun and a sniper rifle to use this technology, and also made vibrating claws for melee combat. Using his elemental powers, Korva can make all of his shots silent, or make them vibrate strongly for a loud but powerful impact.

He wears a Kanohi Huna, Mask of Concealment. Using his elements and his mask, Korva acts as the spy/assassin for his toa team. the blaster, I love it

also the toa is pretty cool

Looks good! Although the neck seems a little too long, but that’s an easy fix!

For the name: how about Korva, which means ‘ear’ in Finnish?

Good design overall, but I think his head is positioned too high in relation to his shoulders. It gives him an awkward look which is exacerbated by how bulky you made him.

Changed the axle in the neck from a 4 to a 3 to make it shorter. I think that should be plenty, and there is still a good amount of neck articulation.

I also want to try replacing some of the black parts in the moc with light grey or silver ones. Not all of them, but at least a good amount to make him brighter in general. I think he looks less De and more Onu right now.

Pretty darn cool, both build and backstory. I like it a lot.

I think that sounds pretty good actually. Gonna use this idea. Thanks!

I decided I didn’t like the original shotty, so I made a new one: 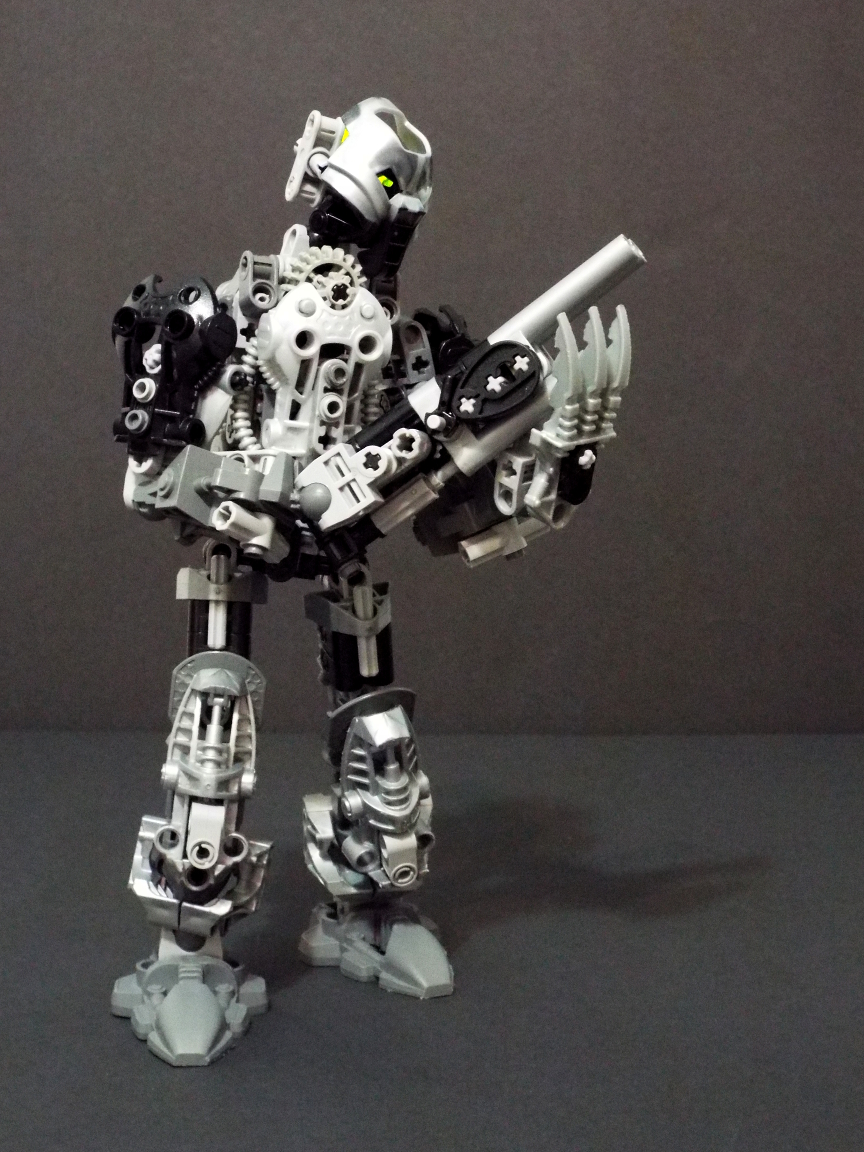 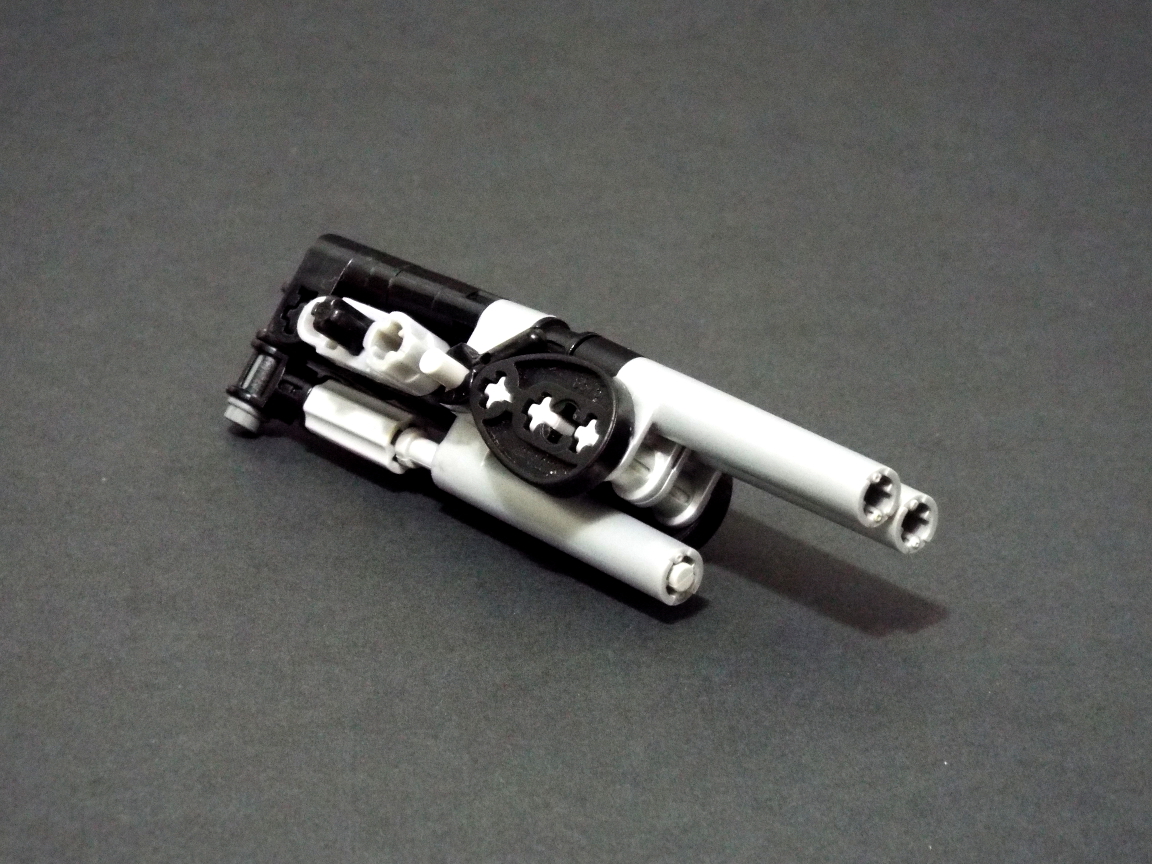 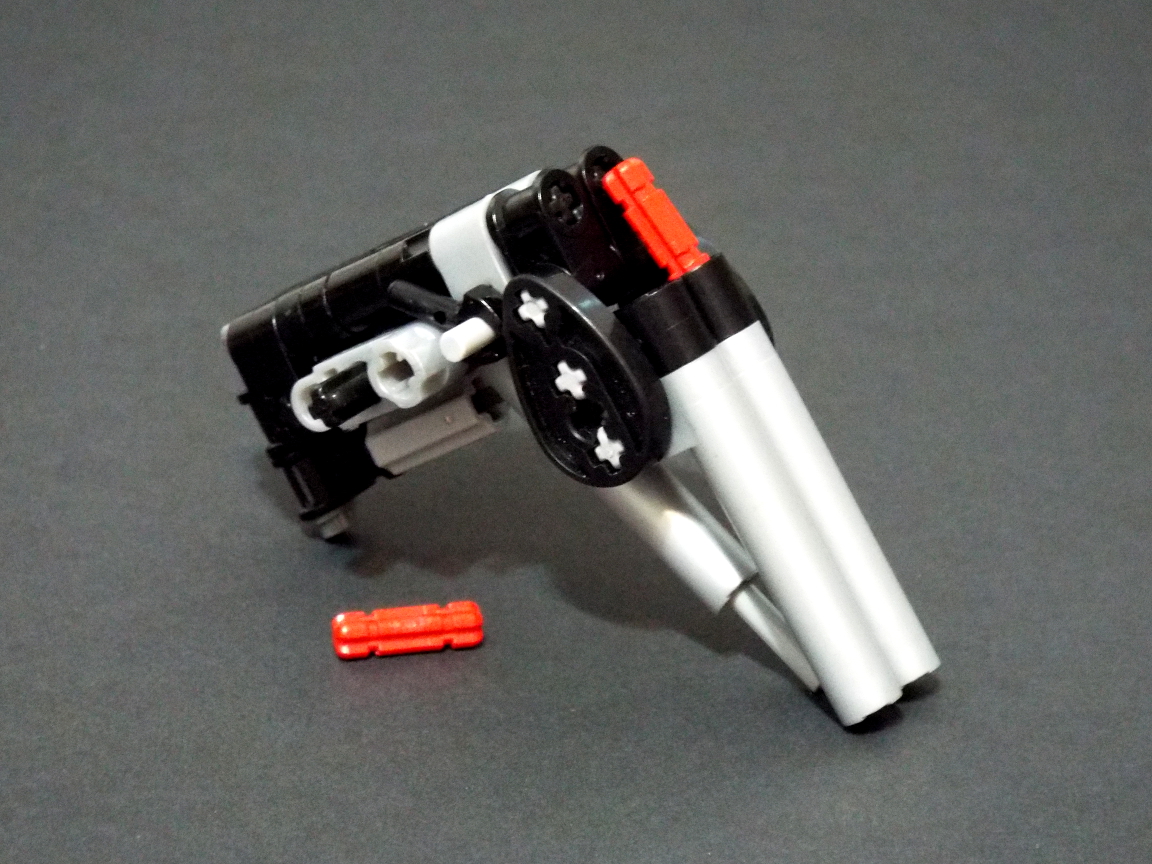 As you can see, it’s bigger, and it can be ‘reloaded’. Just pull the pin on the bottom out of the axle connector, and the whole thing folds down to fit in 4 axle pieces. Would be nice the “shells” were lime instead of red, but it’s a cool detail none the less.

“shells” were lime instead of red,

Real world ones are available in both colors. (usually red=shot and green=slug).

Well yea, but this is Bionicle. It would be better if it was the same color as I used for the rifle.

That is a ton of greebles. Not that that’s a bad thing.

Decided that I didn’t really like the claws, since I gave Whotu small weapons too. Instead, I replaced his claws with sonic machetes 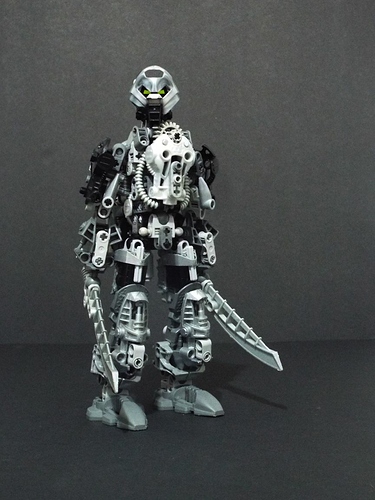 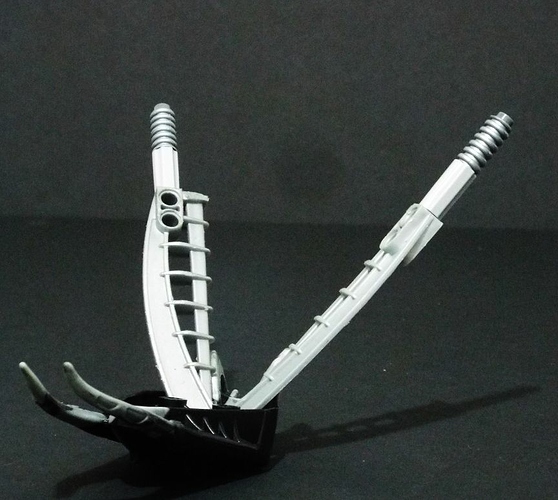 Simple, but I think it works well. I also made his upper arms a little shorter.

Might redo the rest of the images with the black background. I like how it makes the grey stand out more.