Hello everyone!
I built another matoran Moc of mine- a veteran sentry guard of my own (made up) island. While his articulation in rendered a small bit in the arms, I really like him as I hope you will as well. 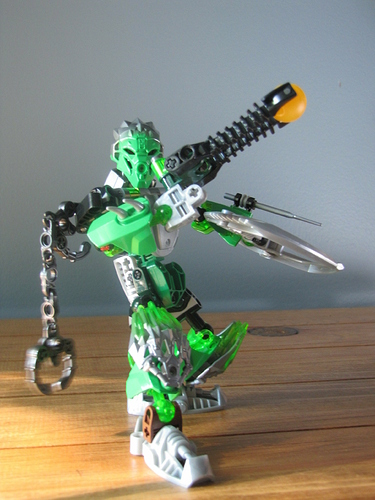 IMG_9865.JPG1944×2592 794 KB
Kovak is a male Le-matoran who helps protect the only land of which he has ever known. Unlike others of his element, Kovak dislikes going fast, and carries bulky armor and weapons. He would rather use cation and team-thinking rather than just rushing at a foe, and his experience in protecting the city proves this works. However, this does not mean he isn’t for joking around with his teammates; his comrades have gotten used to his occasional wisecracks. 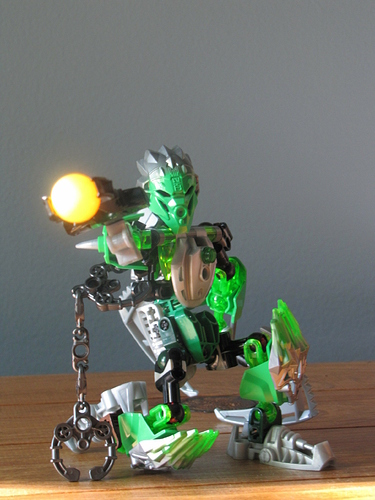 His gear consists of an energy blaster, standard handcuffs, and a pincer “melee” weapon which can be pinned around a lawbreaker and, if they resist, can inject (via spear/blade) a temporary paralyzing concoction, thereby rendering the offender helpless to cause any more trouble. 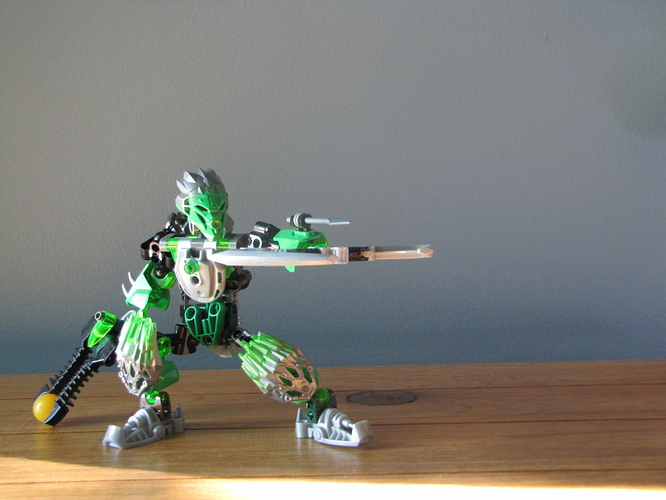 I think the greatest part about this MOC would be the custom torso, made from a CCBS bone and two Glatoran Necks. Besides the small limits to his articulation in the arms, the mata green piece on his crotch section in only connected by one 1/2 pin, which does mean that it can alter its angled position. 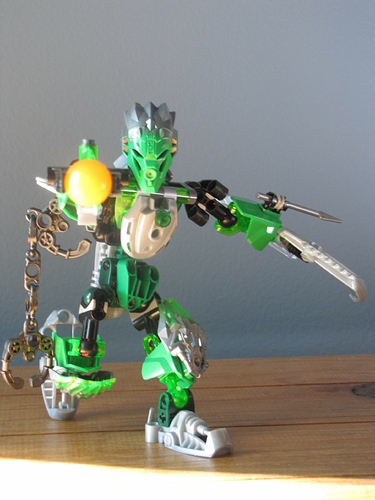 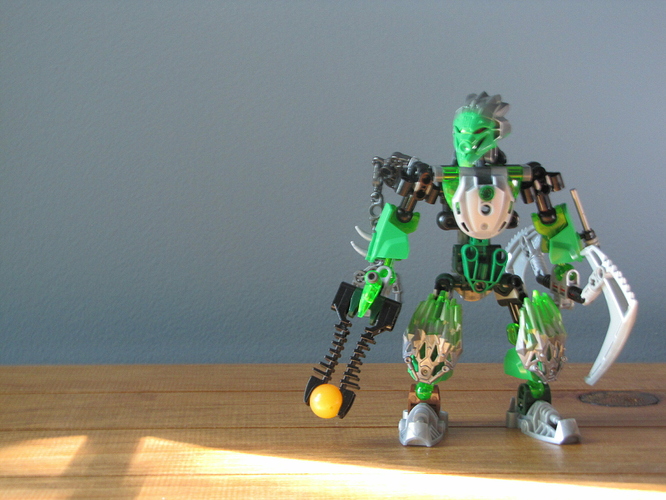 The next few pictures have another of my sentry guard MOCs, the commander of the sentry guards herself, Kavlia. You can find the original topic in which she was in here. 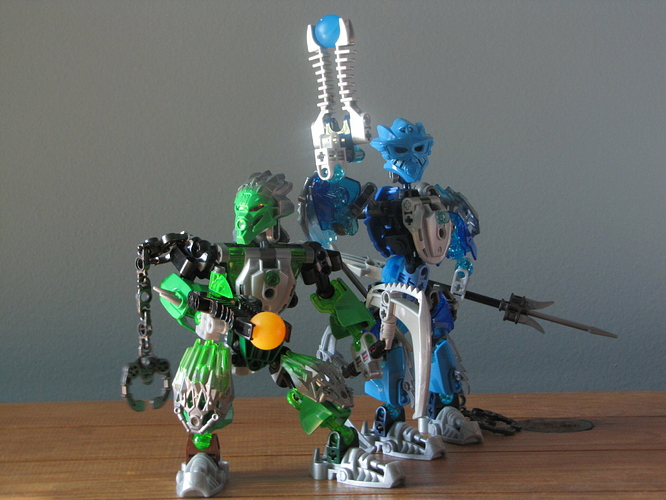 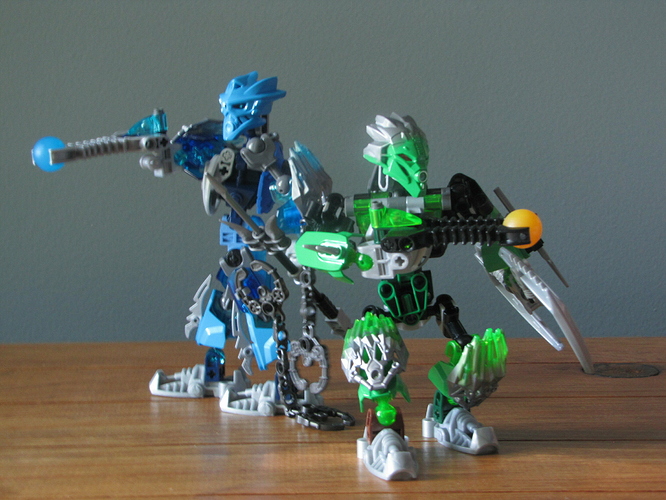 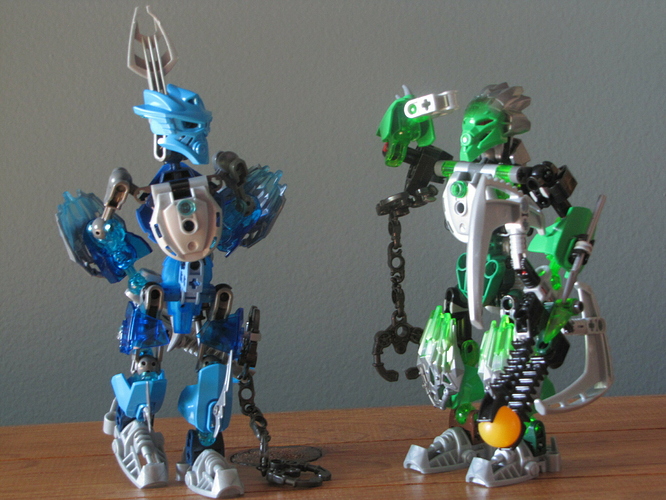 It’s kinda hard to tell whats going on in this picture, so I’ll summarize it: Kavlia is inspecting the soldier under her command, while he salutes. (And, yes. Kavlia’s spear can be attached to her back.)

The next pictures are just standard front, side, and back pictures of the figures. 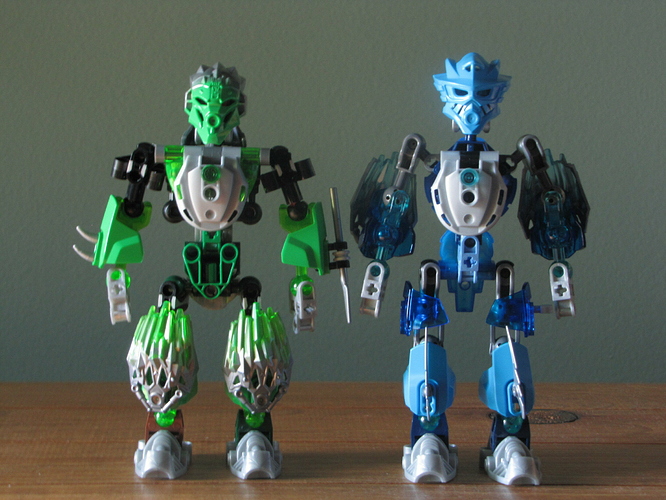 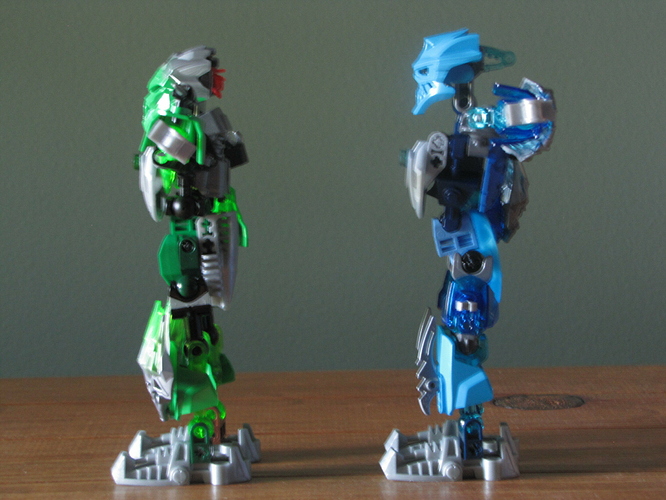 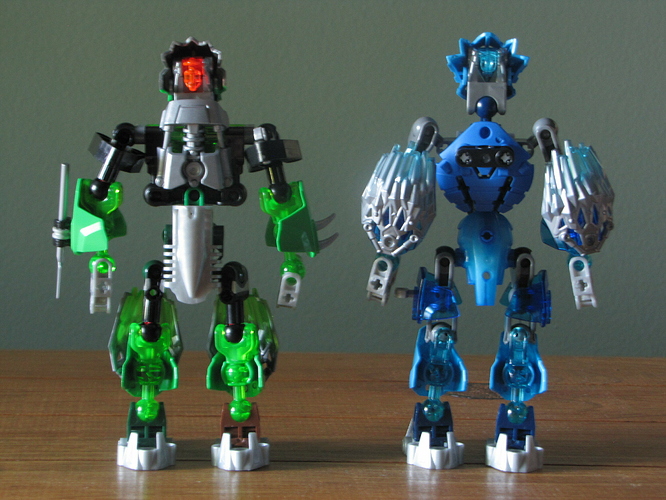 So that’s all I’ve got for now!
Please tell me what you think about him.
Comments and Constructive criticism are appreciated!
Thank you in advance!

Cool! Excuse me, but what’s with Kovak’s mismatched foot connectors? Ran out of pieces? If so, don’t feel bad, we all do it.

Is it that one is brown and the other is green? If so then that’s my fault. I have a hard time differing between dark green and brown, blue and purple, etc.
(the only other excuse is that maybe the light made it look that way