Hey, everyone! Here is another MOC that I have built. I made this one a while ago, so a few of you may have seen her before elsewhere. Anyways, this is Krona, Master of Time. 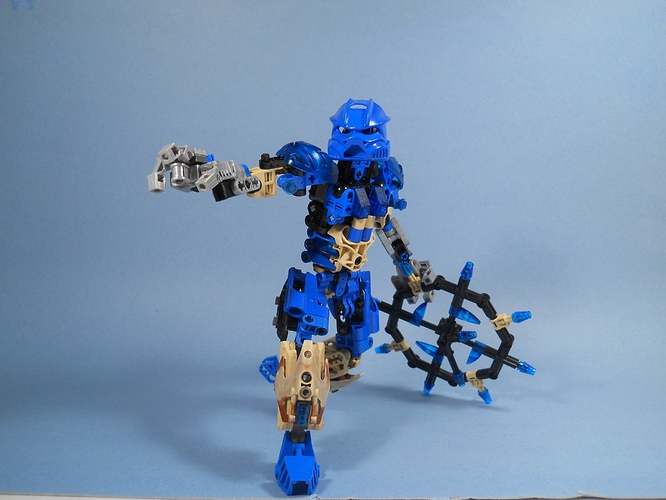 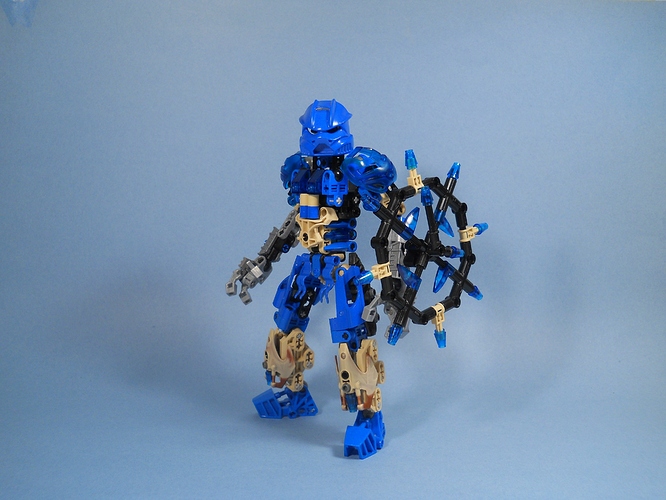 DSCN0112.JPG4000×3000 2.53 MB
As was the case with some of my other MOCs, Krona’s build process began with her weapon. This weapon is a clock blade, which is, as its name might imply, a spiked wheel with a clock at the center. I wanted her to have a weapon that would function as a shield and a throwing weapon while also representing her element. The hands on the clock face can actually move, too. 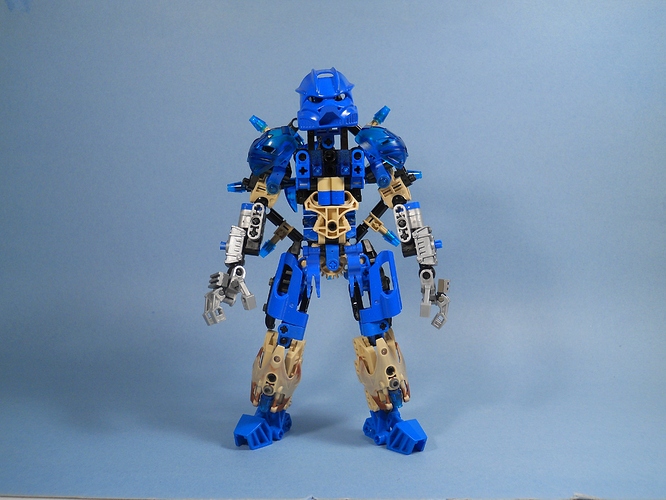 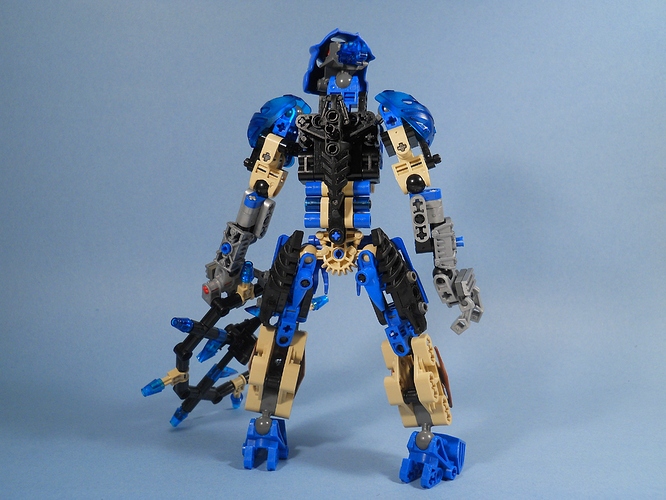 DSCN0125.JPG4000×3000 2.47 MB
Another major aspect which I wanted to incorporate into this MOC was the color scheme of tan and blue. I have tried to use this scheme in the past, but I never finished any projects with it. I thought that the blue and tan could represent aspects of the earth that remain relatively constant through time such as the sky, the ocean, the desert, and the ground. 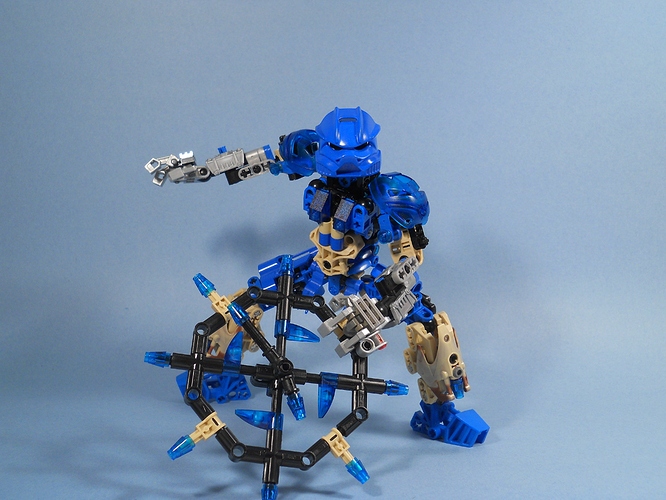 DSCN0124.JPG4000×3000 2.54 MB
As far as backstory goes, Krona was once Okoto’s most prominent historian. When Makuta began to show signs of treachery, Ekimu commissioned Krona to act as the guardian of the Temple of Time. She was given limited control over time flow and now wields the temples sacred Clock Blade as a weapon. While Krona can control the flow of time, doing so gradually exhausts her. When she uses her powers, only she is aware of the alteration in time flow. This allows her to appear to teleport by stopping time, undo her mistakes by reversing time, and predict attacks by slowing time. While she can reverse time, she cannot do so for long without fainting from fatigue. She can use her weapon as throwing blade or as a shield, she can telekinetically manipulate her weapon, and she can use her gauntlets to fight in hand to hand combat.

So that is Krona. I hope you all enjoyed this MOC. For more pictures and information, check out the full album here: https://flic.kr/s/aHsk3xTZdk
As always, comments and advice are appreciated. Thanks!

The colorscheme doesn’t really fit for a time-centered being, but for a tropical beach centered being it could work.

So the Master of time is a mix between 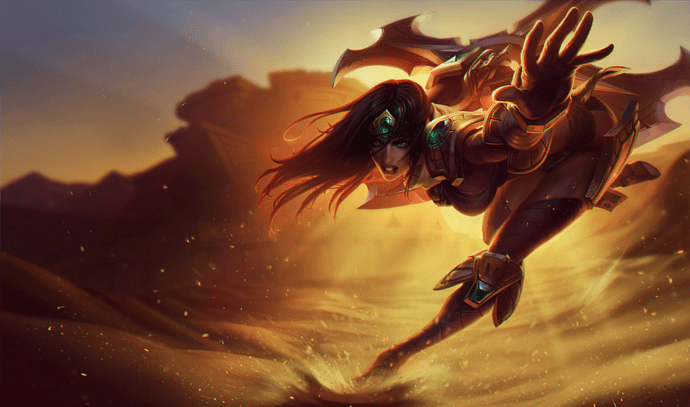 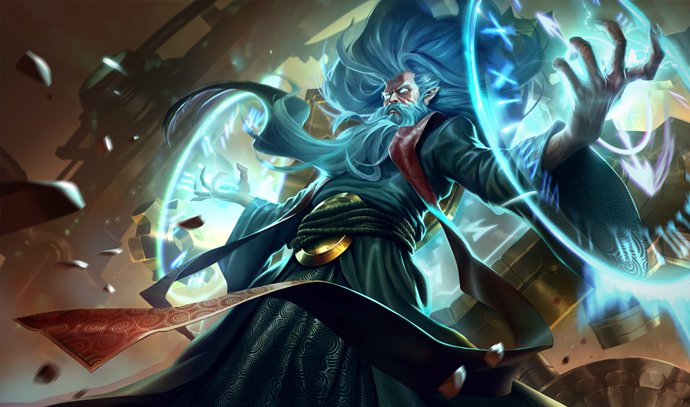 So the Master of time is a mix between

I am actually not sure what/who either of those are, but we can go with that.

Spot on @Whaddon, Spot on

the Female is Sivr who uses a giant throwing Blade (Chakram)

no nuva boob 0/10 Jokes a side its a good moc. although i don’t know if blue and light brow are good coolers to gaeter

Interesting color scheme, not sure whether I like it or dislike it though. The clock themed weapon is an interesting concept and is well executed. Nicely done!

The best Toa of Time i’ve ever seen.

This is amazing but that weapon is trie amazing

I saw “Krona” and instantly thought of Crona Gorgon from Soul Eater.

Anyways, The MOC is pretty cool. I definitely like the build. And the weapon is pretty neat.

In regards to her powers: it sounds OP at first. But her powers being tied to how much energy she has sounds like a pretty good nerf to me.

Love how you went for a risky color scheme, it definantely looks great. However, I don’t understand the silver parts on the arms since it doesn’t play out anywhere. Another thing I noticed is the blue/tan piece directly in the middle of the torso. For whatever reason is seems out of place and distracting even though it fits the color scheme. I can’t tell what piece it is but if possible I (personally) would flip it over. The clock-shield is such a great idea. It’s a shield, it’s a weapon, it’s a clock!

Overall, amazing moc. Love pretty much everything about her.

However, I don’t understand the silver parts on the arms since it doesn’t play out anywhere.

Those are there because I ran out of the right colors. I thought they would work as armored gauntlets, but I agree that they are not the best.

Another thing I noticed is the blue/tan piece directly in the middle of the torso. For whatever reason is seems out of place and distracting even though it fits the color scheme. I can’t tell what piece it is but if possible I (personally) would flip it over.

She looks good, I really like that color scheme.

I love this build! The colours are unusual, but work well together, and the design of the body fits the design of the mask quite well, too thanks to the mix of boxy looking regions and curved ones. I really like the flags down the front. The mixing of tan and blue is a little awkward in some places. I can’t really tell if you were going for a mix of the two (in which case they’re not that well mixed) or going for discrete areas of tan and blue like you did with the silver of the gauntlets (in which case they’re too fragmented). I’d also recommend swapping the tan waist piece for a black or blue one, just because the tan is brightly coloured and draws a little too much attention to the crotch area.

As far as the gauntlets go, they look great from afar, but up close it’s really obvious the wrist and elbow joints aren’t along the same line, which makes them seem inhuman and broken.

I’d also recommend adding something to the feet to jazz them up a bit, like filling in the gap down the middle with bricks or something.

The weapon is a great bit of work and I’m amazed at how you managed that 5 way connection in the middle… for the life of me I can’t imagine how you figured it out :v

The MOC is great, but…

The color scheme is great too. The gauntlets are a little odd, but
I can live with 'em. Nice.
~signature~
Edit:@Gringat, one of those 5 connections is a hand. It’s not attached to the outer wheel.

@Rac Not so. What was confusing me is that the centre has 5 different connections coming out of it which seems impossible; an axle would to be going through that no.2 connector in the middle (which is impossible since there’s a pinhole there) or it seems like the axles would have to be 3.5 units long in order to fit. After thinking about it some more I realised I was just being a derp though :v

The weapon is a great bit of work and I’m amazed at how you managed that 5 way connection in the middle… for the life of me I can’t imagine how you figured it out :v

The connection is actually pretty simple. Here is a deconstructed rendering of it in LDD. The parts don’t fit perfectly, but the connections are pretty solid.

Clock 2.png1362×630 892 KB
The piece with the pin hole and axles oriented at ninety degrees to each other allows the weapon to attach to Krona’s back or to the half pins on her gauntlets.
next page →