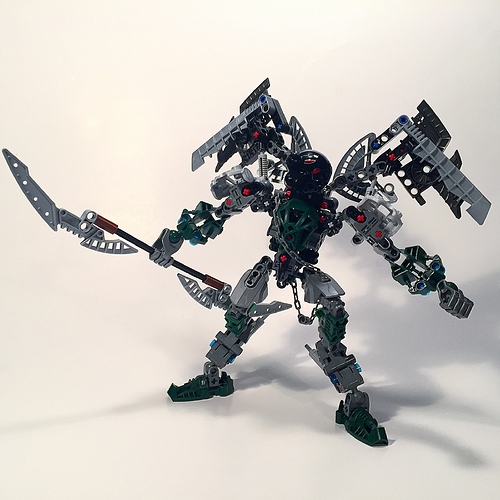 This is Kronix, and he is The Iron Angel. He is a To a of Air (green and grey) and Shadow (black and red). Kroniox was never able to fly like many Air Toa in the past, so he used his mechanical genius to craft himself a set of working detachable wings. 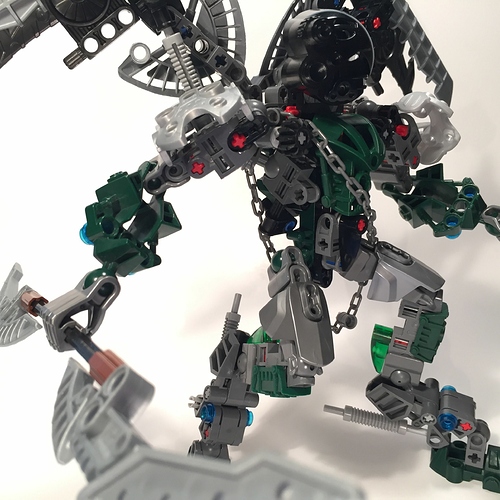 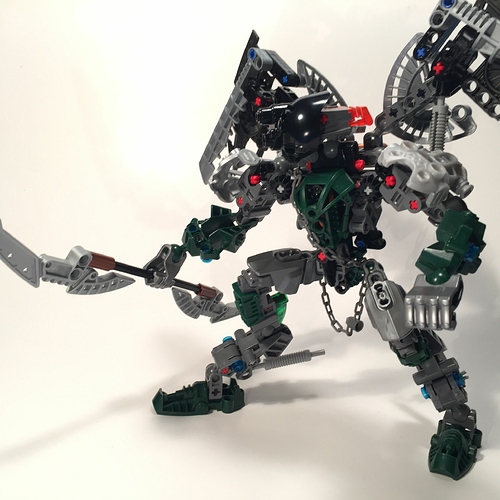 His torso is constructed in a completely odd way, adding to the action feature. 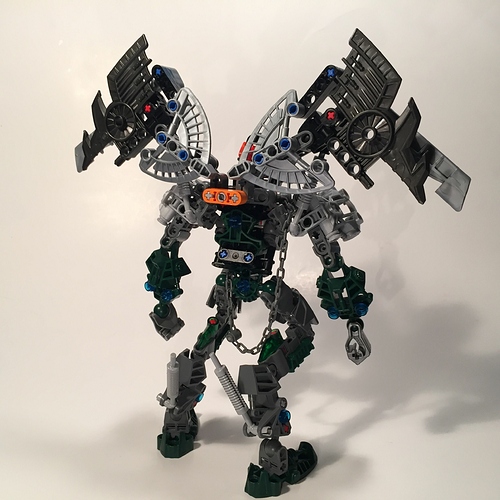 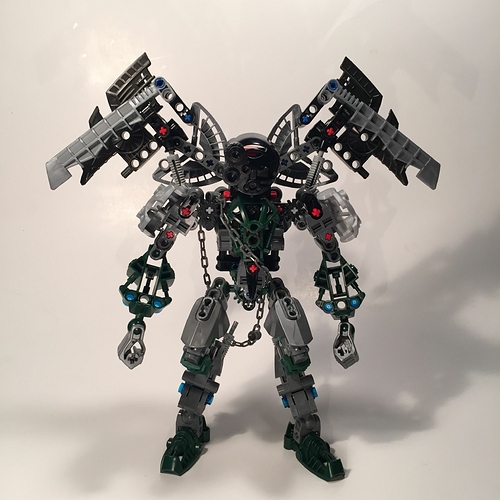 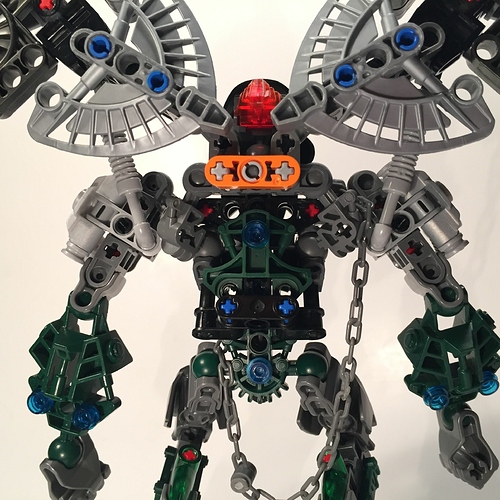 as his Arms are moved, his wings will move with them because of the piston-like attachments on the shoulders. The wings can also easily be stored downwards. 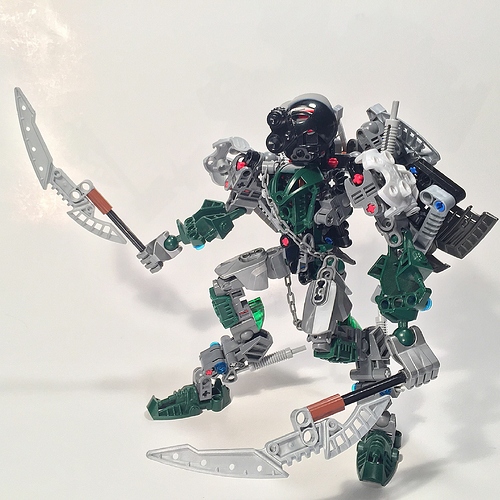 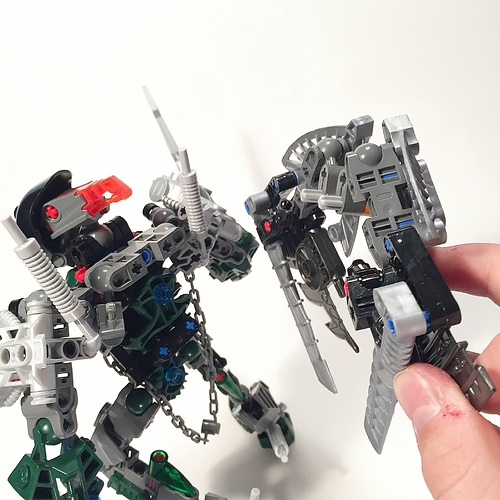 Lastly (as seen above) the wings can be removed by using the orange bars as a grip. 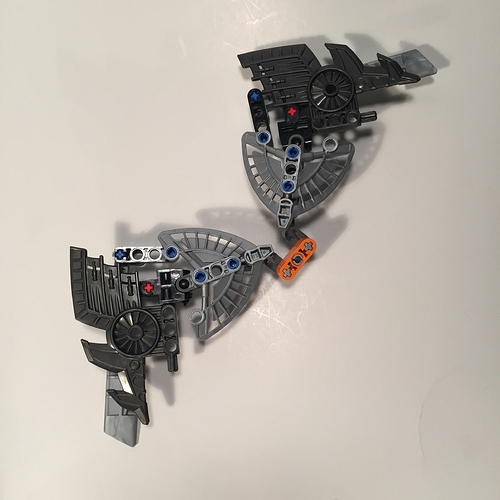 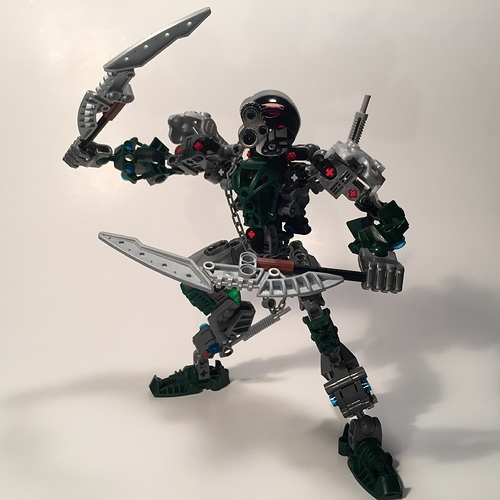 The wing-pack can also be held as a shield. 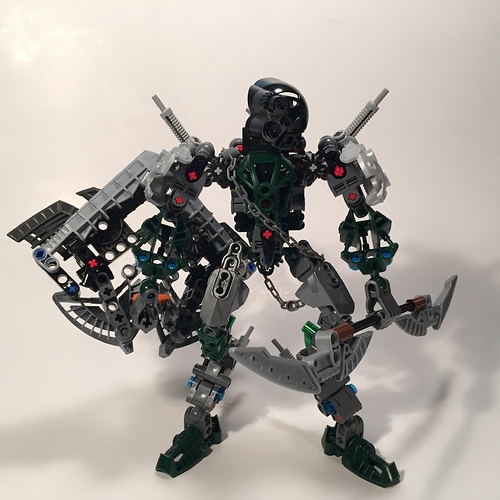 Well I hope you guys all like my MOC!!! What should I improve? What do you like? Can I be on the MOC Spotli- woah there Eager McBeaver.

Generally I’m fine with red pins, but they’re littered everywhere on him.

However, I will say the rest of this moc is really well done.

Generally I’m fine with red pins, but they’re littered everywhere on him.

you might want to switch it back, it kinda gives off that feel, but generally looks kinda bad.

other that that, it looks awesome

I actually don’t like the wings that much. They seem a bit square and messy for them to be wings.

Pretty cool, I like the leg design and the wings.

I like the build and the wings, but I think the color scheme was too dark.

Overall, the design is really nice and the colours are pretty well distributed, but the mask being black looks out of place with the rest of the MOC’s colours.