The newest version of my self-MOC from early 2016. 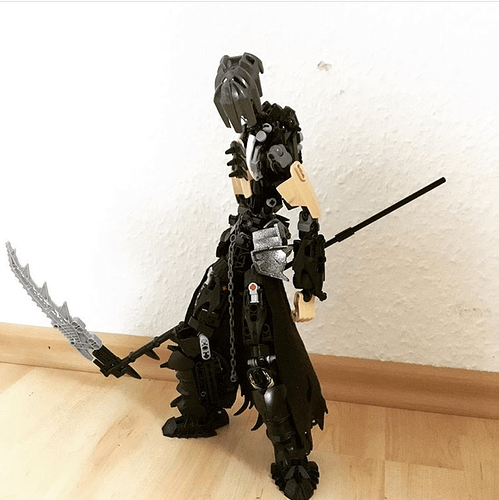 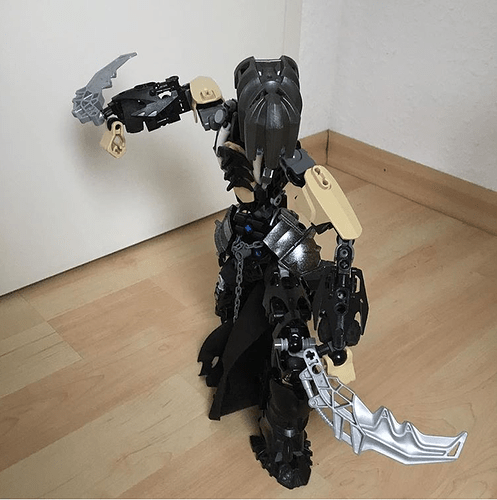 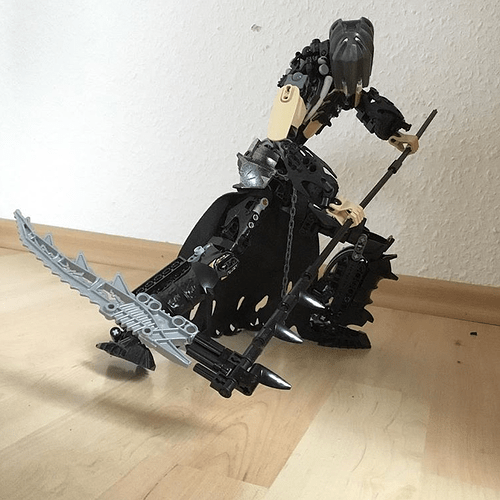 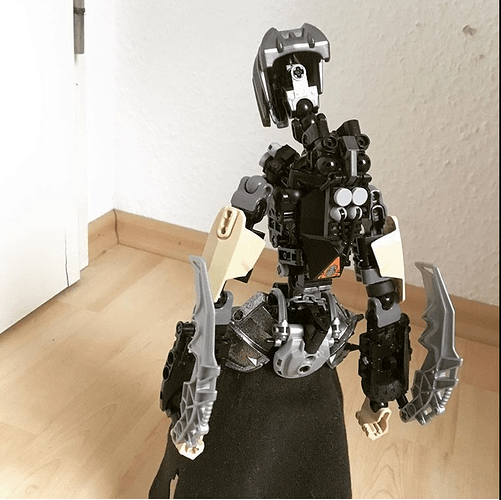 Looks pretty good. Would be nice if there was at least a little bit of tan in the legs to match the arms and the chest

Looks like he wandered in straight out of Dark Souls. Pretty appropriate for the ‘soul hunter’. I actually rather like the use of an upturned avohkii for the head; it does look like some kind of jagged helmet design in this way.

@BioKnight Since this dude is supposed to be human, the tan represents his skin.

@Scorpion_Strike Most of my MOCs are inspired by dark souls, I absolutely love this game

The head isn’t supposed to represent a helmet though, it was my failed attempt to give him hairs XD

Pretty cool! The scythe has a nice design and the color distribution works well in looking like armor on skin.

Little different from my Kronus: 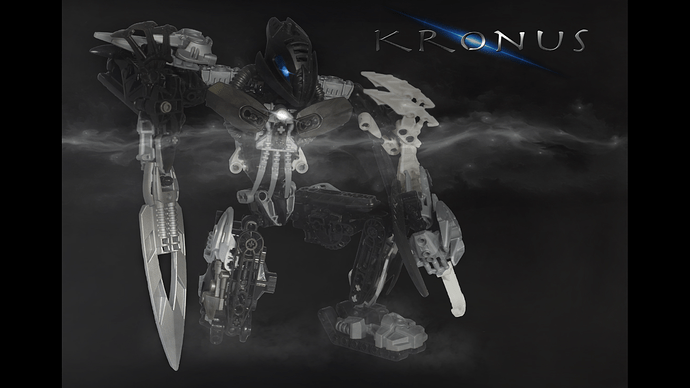 Not bad, though I do have some complaints,
Mostly stemming from this supposing to be human,
For one, the proportions feel wrong, though considering we don’t get a single front shot it’s hard to tell,
Secondly, the head is awful for a human, especially since you were attempting hair, I highly recommend a custom preferably brick built head,
Thirdly and most importantly, those shoulders are painfully exposed, you need to cover them with something, whether that be g2 masks or star Wars shoulders.

@Payinku Thanks for your critique

Edited for Triple Post - Waj. Please read our rules about posting more than once in a row, thank you!

Has a lot of personality which i like, and the weapon choice is perfect for the look of the character, also i just genuinely like most of if not all the design choices made here. Solid self-moc man

I love the makeshift emo hair