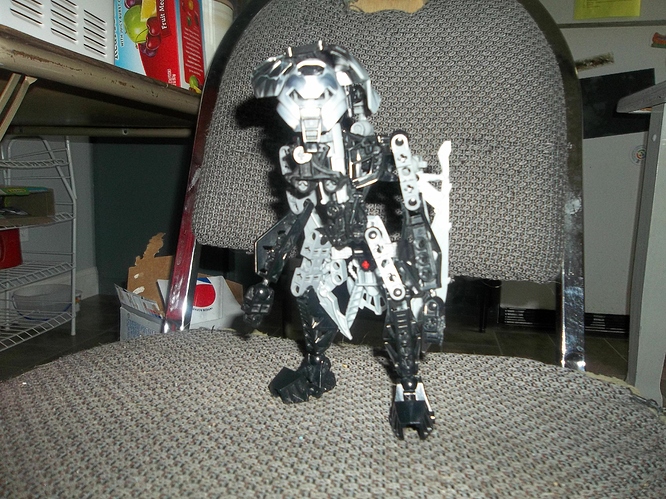 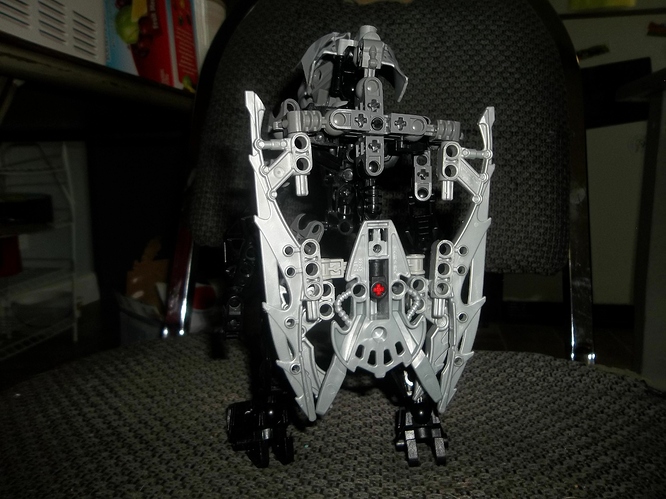 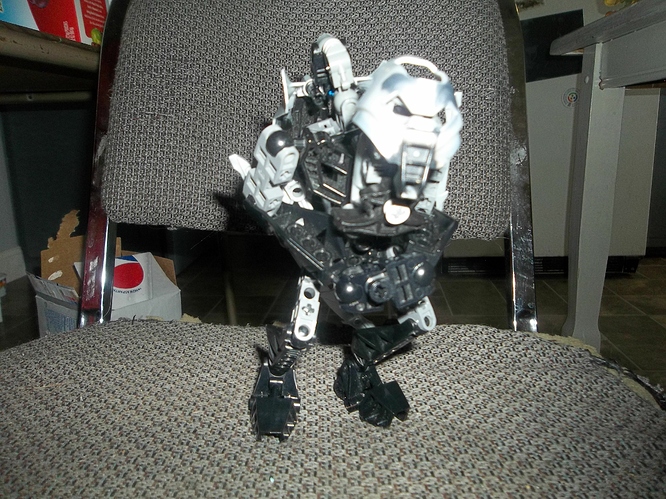 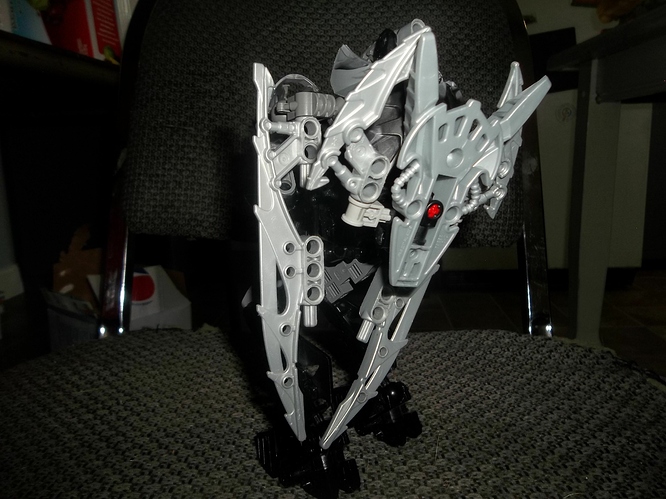 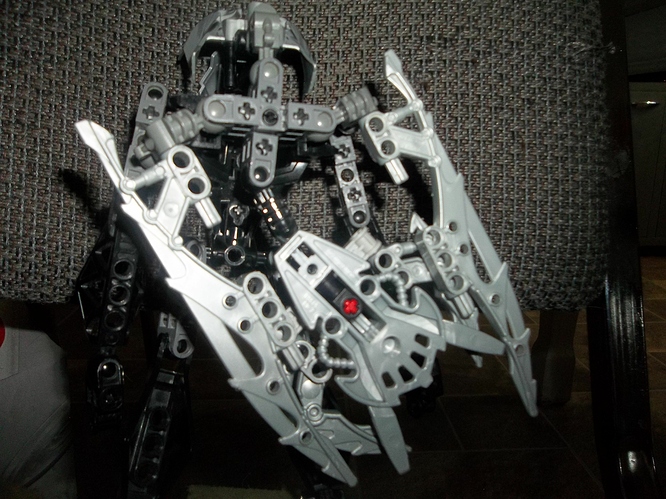 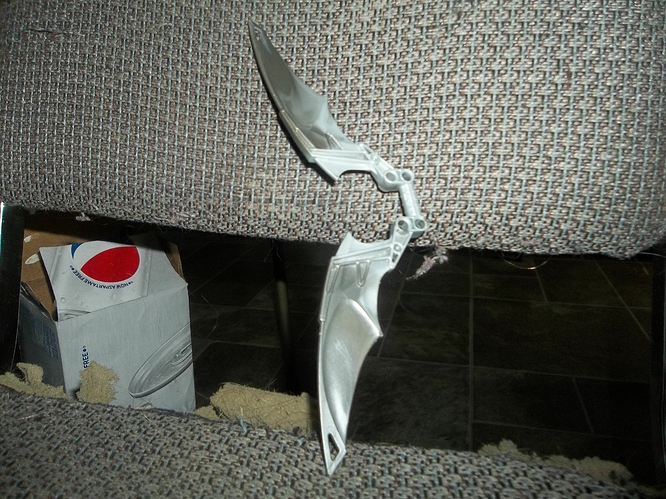 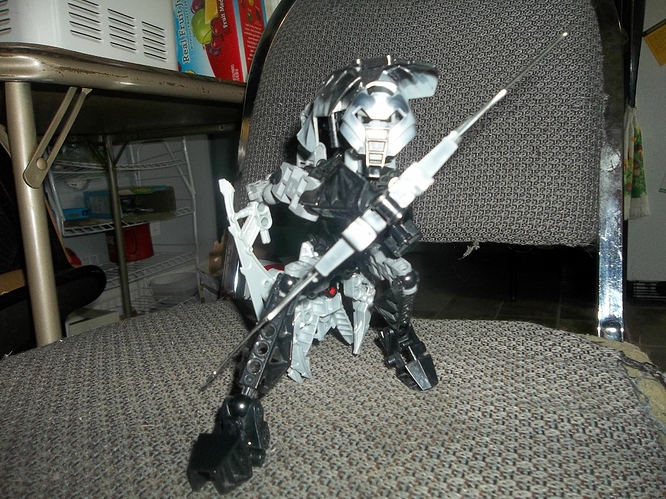 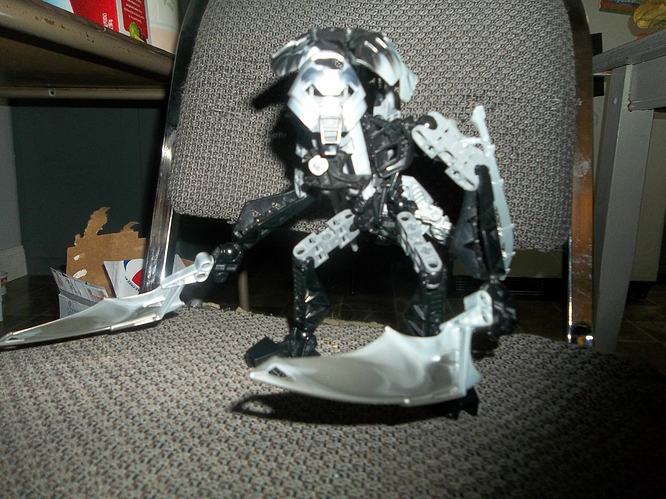 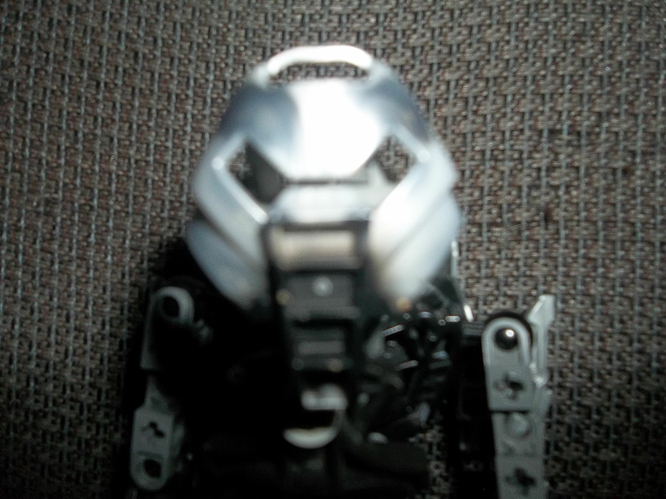 Name: Kūdō
Occupation: Toa, Scout, Intelligence, Hunter
Element: Darkness
Team: Toa Guardians
Weapons: Shadow Bow/Katana’s
Mask: Mutated Nobel Huna, Mutated Nobel Mask of Concealment
Powers:
Weapon: Kūdō’s Shadow Bow is an interesting weapon. unlike other weapons he can literally use this out of thin air taking the shadows for the arrows and the bow from any shadow around him, even his own and his comrades which when in the day time is unlimited. it becomes even more powerful at night time and he can even use it to capture multiple enemies at once just by embedding an arrow in their shadows. sometimes he has been known to shoot off the bow using just his shadow while the bow and arrow itself was invisible, so to others it looks like he doing nothing but acting stupid. the same with his katana’s which he takes from both sides of his bow.
Element: with his mutation came his power of shadows and several others. taking on the powers of the shadows he can hide in plain sight while taking out any target he needs. his powers also allow him to melt into the shadows and move at nigh instant speeds and also control anyone he choses through their shadow, though this last one drains him severally.
Mask: His mask of concealment was unusable when he was normal but after his mutation he not only gained its powers but also gained a small amount of the powers of the Kanohi Volitak, the Mask of stealth, which he uses to small extent due to its strain on his body and therefor relies on his won training…
Other: Kūdō found a while back that he had one extra power compared to his mask weapon and elemental powers. he found he had the power of the Kanohi Mahiki in his blood. not only did this make getting into his target base’s easier but it also made it so that “The Enlightened one” could have a turaga to back him up hence the Turaga form he took on with Hesitance(Shown above)
History: Kūdō was born and raised in a village known as the village of Ninjas hidden far off the grid in the hidden mountains of Spherus Magna. He and his sister Hikari were raised to be assassins but even as a ninja Hikari refused to take on missions that would even consider the Idea of using killing as anything but a last resort. this in turn caused her and her brother to be captured by the new threat when it reared its head. Being the trained assassin he was Kūdō Kept his plans for escape hidden until the chance presented itself. The only difference being the New threat EXPECTED him to try to escape, when Kūdō was almost out he was caught and dropped into a Vat of Visorak venom. When he came to he was being held down to an experimentation table being experimented on by someone OTHER then Siferius. when he was released he was thrown back into a Cell but this time one that could hold his new found powers. when he got out by the help of his sister Hikari and the other Toa Guardians at the time, he caught a glimpse of something on a computer monitor. something that could become a problem in the future. later on he became the scout and leading source of intelligence for the Toa Guardians. due to his ability’s he not only got Intel like it was nothing from the new Threats lesser guarded facility’s but also find weak points in the new threats forces. what he couldn’t account for is that The New Threat was making plans for this exact thing to happen. does not see eye to eye with Yami. a part of the “Destiny Squad” Sub team he wears the Cloak of the Hunter.

So…yeah, this was my first attempt at making parts that are supposed to be stationary…not stationary…if that makes any sense…you know its better if I give you a picture XD 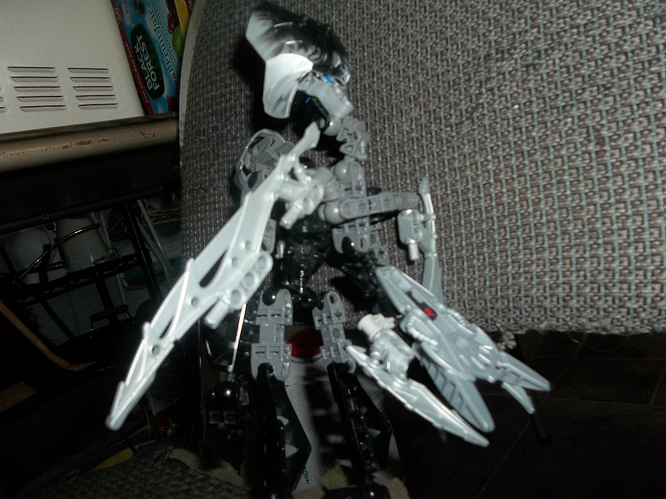 so the story behind this guy’s “Mark” is simple…I wanted to make a trio of the three sub-classes from destiny. first was the sunbreaker, second(if you couldn’t tell) Is the Nightstalker, and the last is…GOING TO BE A MYSTERY! XD yeah I know I suck… but if you guys can figure it out NO SPOILERS! Spoiling will cause for IMMEDIATE Request for removal…just a warning ^-^ anyways I will see you guys either later this week or next week, ALSO I am working on getting the pictures for my other figures I made but I need time so Please bare with me…THANK YOU MUCH! And see you all later!