Lariska on the Prowl 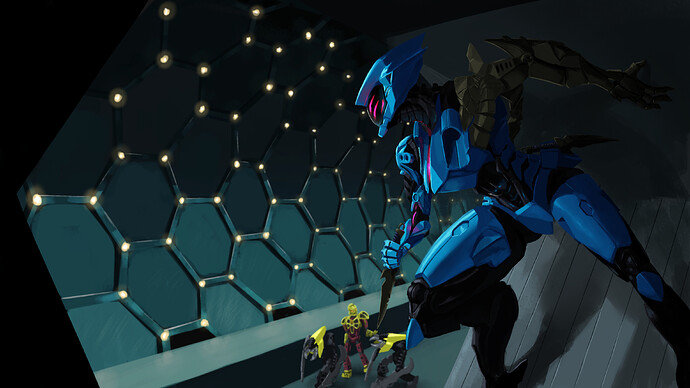 Edit: I’ve made two big updates since uploading it. First is above- after the contest deadline, I went back and refined/finished everything I had wanted to but ran out of time to do. Duckbricks was nice enough to let me update my entry photo with it, so huge kudos to him. The original version is at the bottom if anyone wants to compare.

Second, I finished the timelapse for this! I’m still super new to video editing, but Krita added a new built in timelapse feature that makes it 10x easier. It doesn’t capture me moving around the canvas, but given how hectic that made the Tuyet timelapse… maybe that’s for the best.

With one hour to spare, I managed to finish my entry to Duckbricks Lariska contest just in time. And I gotta say… I really like how this one turned out, to the point I don’t think I’m done with it yet.

I had to cut it a little short to submit it on time, but even after submitting it I have a lot I want to do with it. I think Lariska herself turned out incredible, but I didn’t have time to go as in depth on the background as I wanted. Lhikan also had a second Vahki I had to cut for time, and I had to really rush to get him and the one Vahki finished on time (please don’t zoom in too close on them). I’m planning on going back after some time to breathe to overhaul all of that.

This turned out way better than I originally thought and I want to give it the polish it deserves.

Actually planned a lot of this out beforehand, which I normally don’t do.

First I started with some character design. I’ve actually been working through an online art course this year, and I just finished the character design course. So, thought this would be a perfect time to apply what I’ve been learning. Turns out formal character design is really, really hard, but this still ended up being really fun.

A messy sketch I did in a notebook of the silhouette, ended up just tracing this picture in Krita for the actual design. 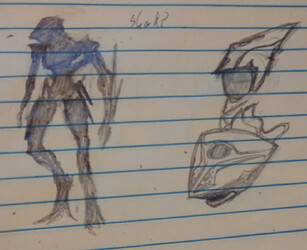 Then I took that and made this design, which I didn’t stick to 100% but was a great starting out point. I also didn’t do ALL this before moving on, I got a good start, then worked on the actual painting, then referred back to it to plan details out when I needed to.

Next I did a thumbnail of what I wanted to do. I had a couple ideas going into it- this one is of her in the Archives tracking down Lhikan, hoping to end the war. Another idea (that I didn’t thumbnail) was her on a tall building looking over Metru Nui Batman style, but I ended up really liking this, so I stuck with it instead. 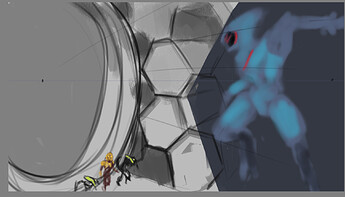 I really wanted to get the perspective on the Archives wall right, so I spent a good couple days trying to light everything up. I think it succeeded for the most part, but I ended up having to eyeball more than I hoped going in. 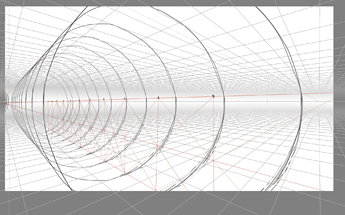 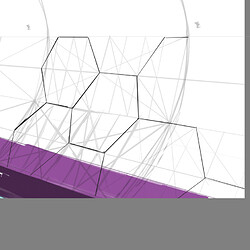 Also thanks to a cool new update to Krita, I could actually record a timelapse as I worked. I had a lot of fun doing that for Tuyet, so I’m hoping to spend the next few days putting that together. 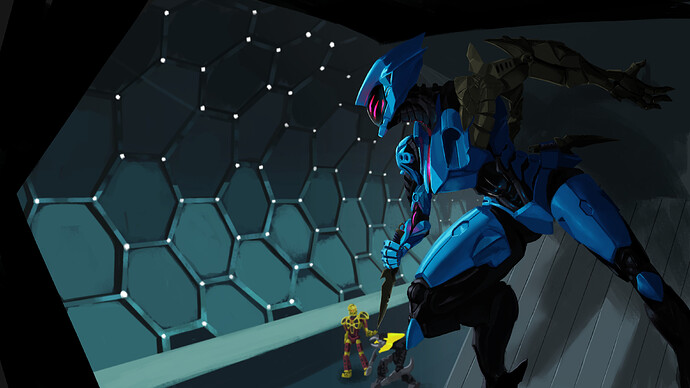 Now this is some good lariska. Really like a lot of the approaches here, feels like a dynamic and detailed figure that manages to convey a unique look the other mocs and artwork don’t carry. I especially like how the robotic arm is both alien and still fits with the aesthetic of the design.

I’ve been too busy with an architecture course, but an online art course is exactly what I’d like to do, was it free?

Yeah, I had the same idea but not the skills to realise it, even if the contest is closed, people can always do more Lariska drawings so maybe we’ll see that idea touched on.

But yeah, love your entry, especially that individual parts can still be made out and the head design is unique, takes the best of Slizer visor faces and then makes something standalone.

Dude, this is literally my favorite lariska entry, really sets itself apart from the competition.

Sad to say it was not, actually was a bit expensive. It’s Marc Brunet’s art school, but he also publishes a lot of the same stuff in the course on youtube, just usually not quite as in depth. Definitely recommend checking some of his stuff out. 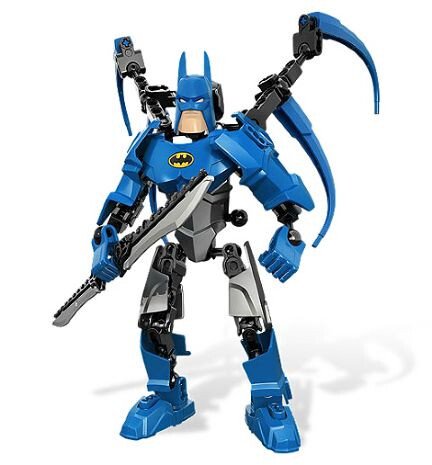 No one’s ever really gone

Love the sci-fi look you settled on for her. Very cyberpunk which is fitting for Metru-Nui, and the head is awesome!

ooh this looks pretty cool. Style is neat and I really like the setting you chose for this picture. nice job!

…
k i’m voting for this one
this looks great!