The Blind Steel Order made rules for a reason. Yet SOMEONE decided to ignore those rules. The result was named Tarkaidon.

Tarkaidon is a Dragon of the Iron Element, yet (unlike Allugigas) is completely machine. Its source of power comes from the remains of a powerful dragon from another world. It can use the Elements of Ice, Thunder and Fire to defeat his master’s foes.

Build wise, well, this thing was built by me over 3 years ago (making this my oldest Dragon MOC). 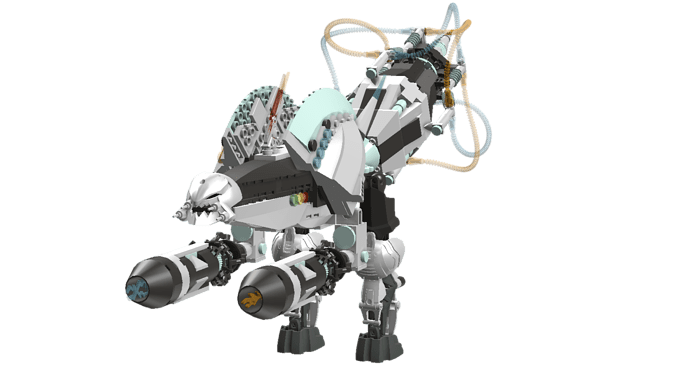 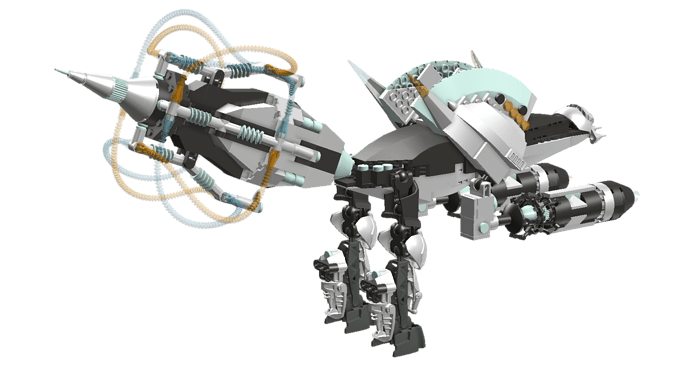 Tarkaidon easy viewB.png1680×889 527 KB
The basic idea behind this creature evolved into an idea that led to the creation of a Minecraft Map (Which is nearly done), a bunch of Dragon MOCs and an idea for a plot I find worthy of writing and sharing with the world.

I’d love to be part of a group that could help me expand and possibly create an animated series around this “Evolutionary Fanfiction”. But alas, it’s just another story gathering dust in the back of my mind, because I’m just a name on the internet that just so happens to be into Bionicle, Lego and posting pictures of MOCs on the TTV Message Boards.

Guessing its based off the white version of Kyurem?