A couple of years ago I did a review on my channel, CHRISsBRICKs, of Pohatu Mata. And to be honest, it was terribad, so here I am two years later re-reviewing Pohatu from 2001! 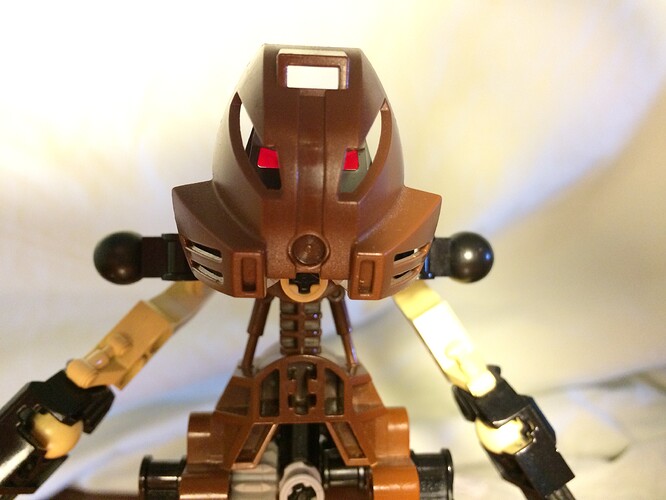 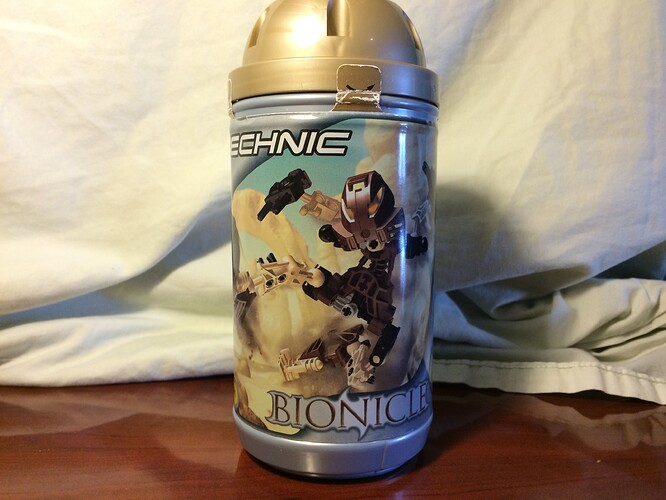 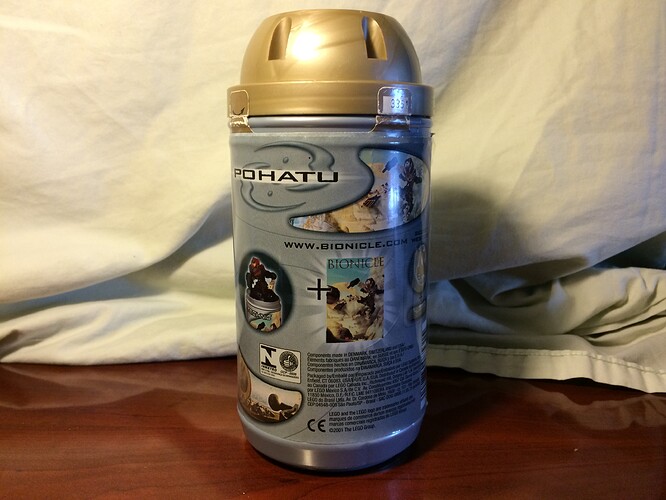 IMG_2407.JPG3264×2448 1.39 MB
One of the most iconic parts of the original 6 Toa was the packaging. Unlike todays boxes, the Matas canisters played a minor role in the story, acting as the capsules which the Toa arrived in. Plus the lid could store the masks you collected for each Toa, representing the Toa Suva.

Pretty much all the Mata have the exact same build, however Pohatu deviates in many ways from the standard. 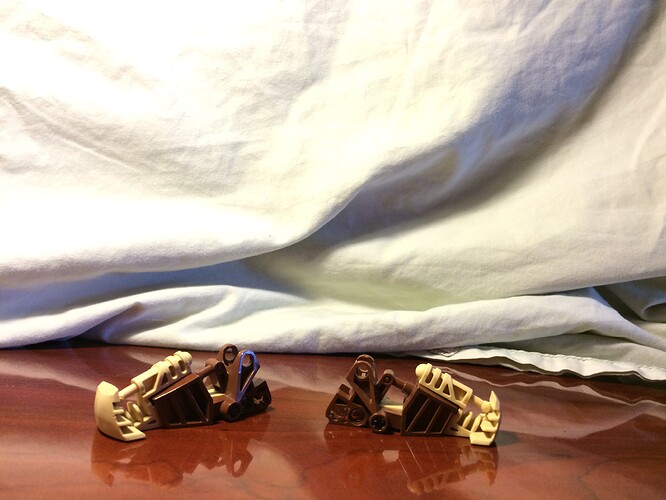 IMG_2411.JPG3264×2448 1.24 MB
Starting with the feet you will immediately notice something unique going on. Via some rods, Pohatu’s feet have a pair of toe extensions (or Stone Spikes as I like to call them), that act as substitutes for weapons. They allow him to kick and smash boulders with great power. 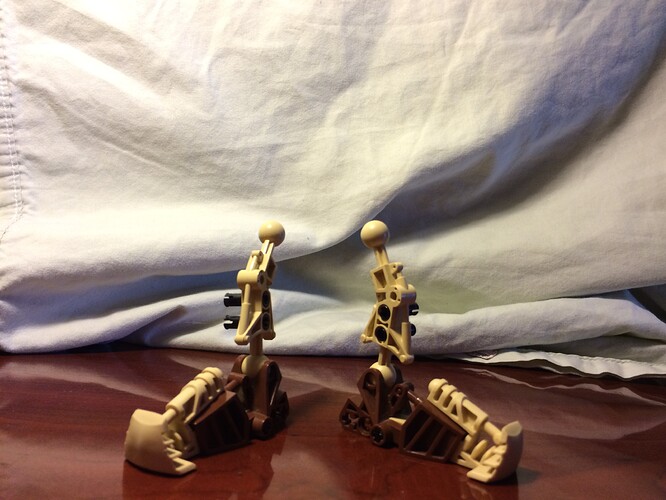 Moving up with the build we have Pohatu’s legs which are nothing special, utilizing the same piece as the other 5 Toa, but this time sporting 4 black pins. Not only are they essential for constructing the Kaita, but they help flesh out his legs and somewhat resemble cactus spikes (considering he’s from the desert, this makes sense). 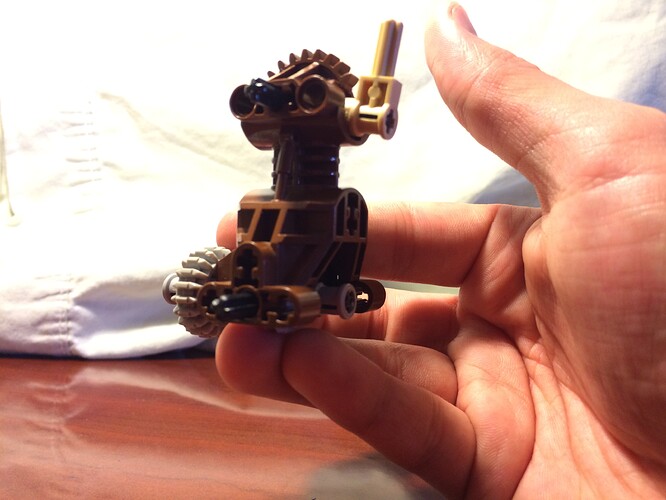 Heres where things start getting really weird. Unlike his 5 compadre’s, Pohatu’s torso is uniquely inverted, meaning that his gear function is in his legs. Though it may make him look a little potbellied right now, it personally has grown on me. 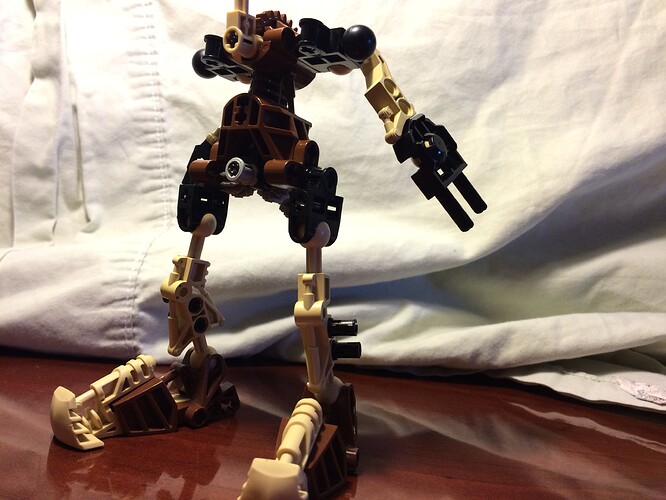 Remember above when I mentioned his “potbelly”, well the arms help to even this out considering how broad in appearance they are. Speaking of which, his arms are a little interesting in that he uses 2 of the “machine gun hands”, and his shoulders have balls mounted on them for armor and as parts for the Kaita. 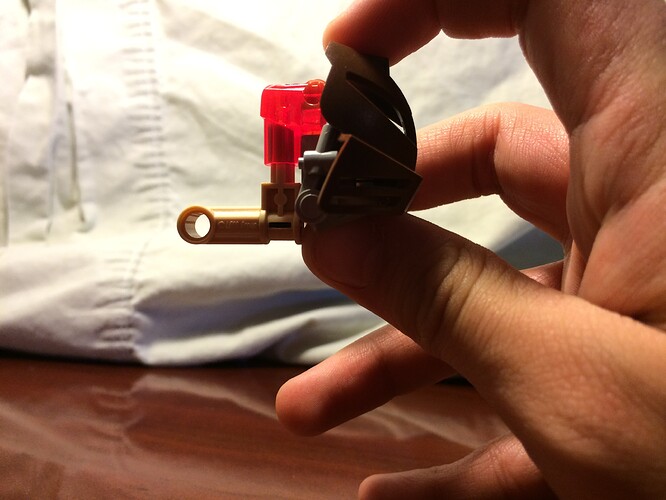 His head construction is probably the weakest part of his build, considering that its design does mean that the neck will wobble extensively. 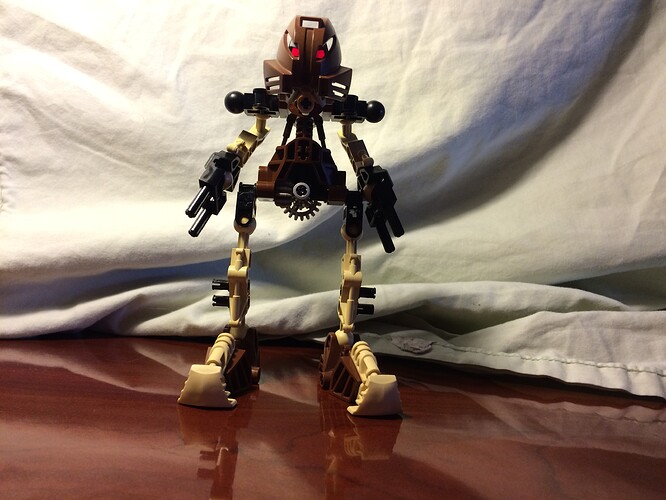 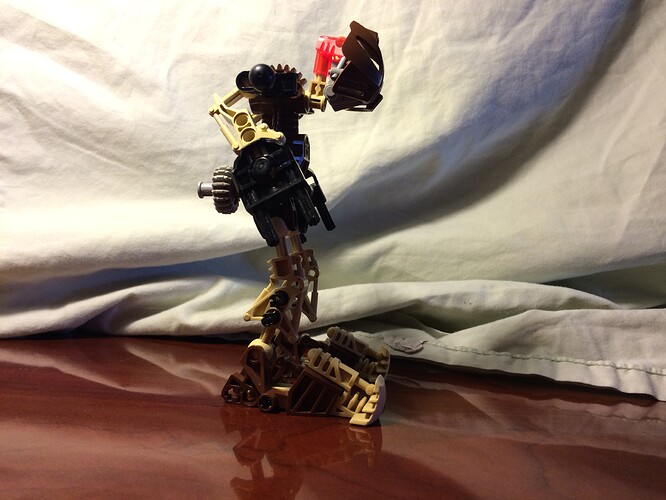 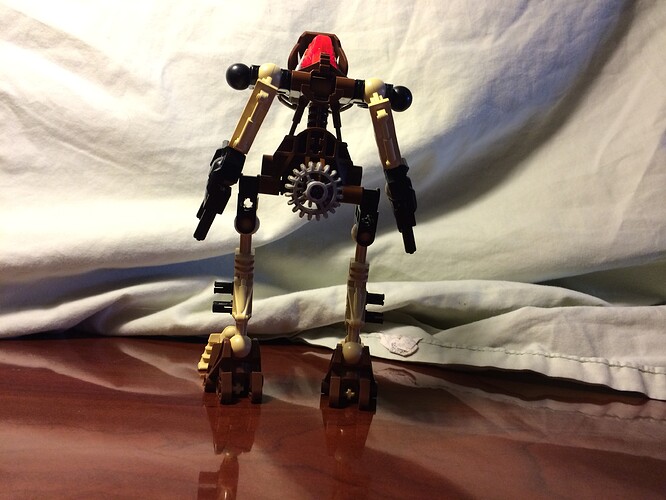 Pohatu’s sleek and aerodynamic stature really does compliment his character. The torso, though strange at first glance, is somewhat passable thanks to the broad shoulders. His color scheme of brown, tan, and black is spread out consistently and feels appropriate for his environment and element. 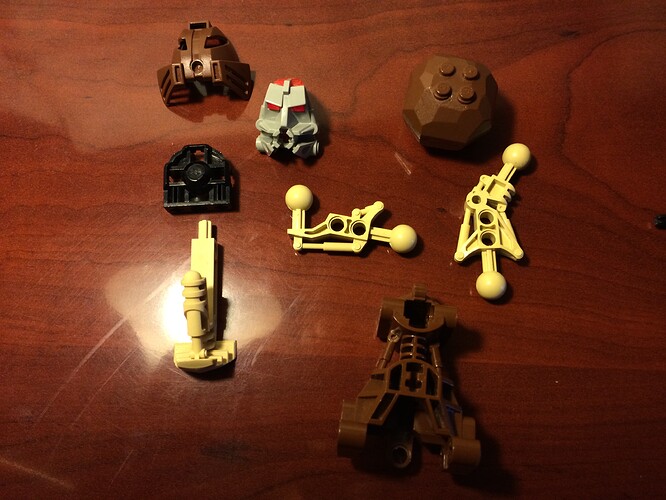 Though somewhat dated by todays standards, Some of the parts worth noting on Pohatu include 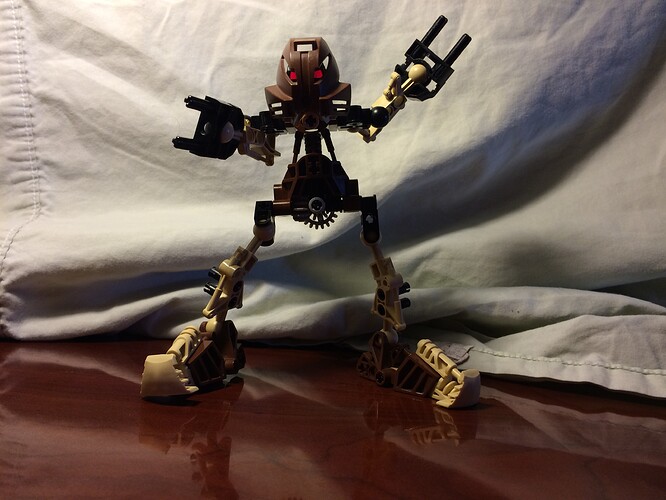 IMG_2419.JPG3264×2448 1.29 MB
Here’s where some points start to detract from the set. Being one of the original 6, Pohatu doesn’t have much going for him in regards to articulation besides the standard 8 in his feet, hips, hands, and shoulders. What’s even more unfortunate is that because of the way his shoulders are arranged and how short his arms are, articulation in Pohatu’s arms is rather restricted and leads to awkward posing at times.

FUNCTIONS
What the set lacks in posability, it makes up for in its functions. As you may know the original six Toa had a gear function which could allow their arm to swing along with their weapon. With Pohatu its a little different, twisting his booty gear will allow you to swing his leg. However, because of how floppy it is, stop motion with him will be difficult. that is, unless you have another gear and a rod which upon attaching to his back will lock the gear function up 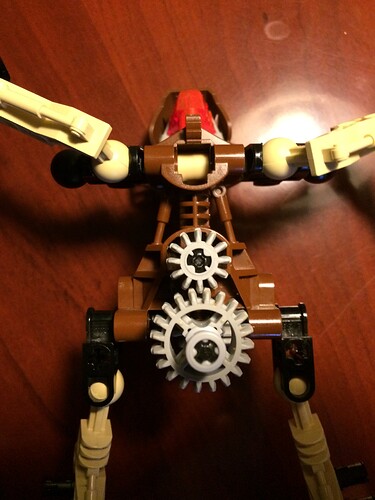 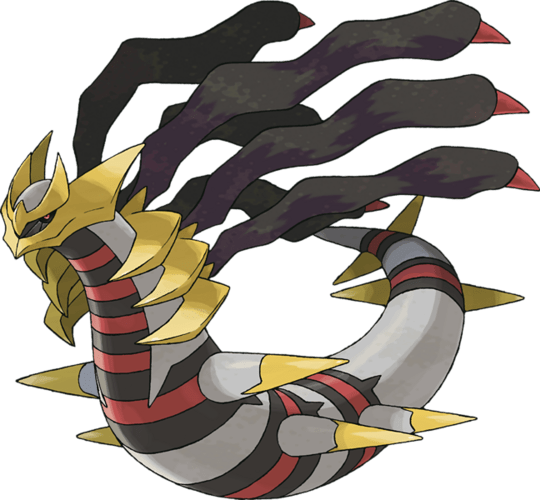 Nice review by the way!

Very nice job! Pohatu was one of my favorites back in the day, and you’ve done him justice here.