So this is a thing now 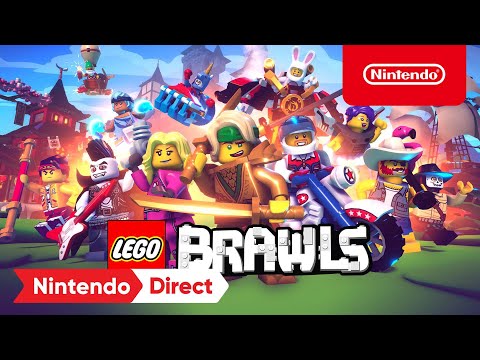 Spiritual successor to Lego Battles maybe. Have played the mobile version (I think?) and it was a fine enough turn based squad battle thing with a nice cross section of ranges.

No, you are talking about LEGO Legacy.

is it me or am I only one hyped for this game? was on apple arcade and now it’s coming too the Switch, as a Lego fan I’m hype but that’s just me of Coase

I played it once, kinda hard to play on mobile though

I only became aware of this because it was featured on the Ninjago section of Lego Con. I have never heard anybody talking about this.

This appears to be something that exists

I’d never heard of this until recently. The character customisation - and it’s subsequent impact on the gameplay - will be what makes or breaks it as a game.

Super weird that Jurassic World is the only licenced franchise to show up, though. Like, is there anyone who actually wants to be Owen Grady in a brawler game when you could be… like, the Green Ninja, or an Alien Guitarist, or a Fairy Samurai, or something?

is there anyone who actually wants to be Owen Grady

you saying that wants me to do it for the Lols, but other then that I would very much go with the Blacktron Bounty Hunter as my Main Fig