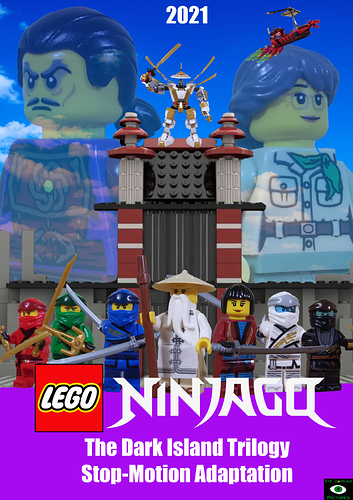 From the creator of LEGO BIONICLE Reiterated comes a stop-motion adaptation of the hard-to-find trilogy of graphic novels that are canon to the world of NinjaGo. In order to bring this mini-series to life, I need something important: YOU!

If you are a fan of NinjaGo and think you can do good impressions of some of the characters, then dust off those microphones and get to auditioning!

Qualifications:
Decent quality mic with the ability to export audio files. Doesn’t need to be anything fancy, but a clean audio file is essential. That means little to none background noise, so record in a small room or closet with the door closed to ensure good sounding audio.

How to Audition:
Upload a YouTube video or audio file link from a Cloud service in this topic of your audition(s). You can audition for any character on the list below that doesn’t have an assigned voice actor. Auditions will run from today (11/6/20) until December 7th, 2020. Remember to have fun with the auditions and since there’s limited time to audition, don’t put off for tomorrow what can be done today.

Slight edit, I realized that I uploaded an outdated cast list initially. The current list below is now accurate. 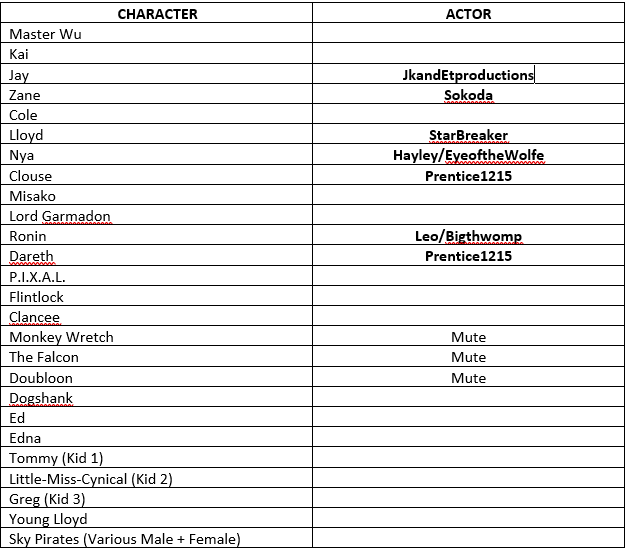 Do you have any sample lines we can audition with, or do you just want random quotes from the character?

Never heard of those books, I thought only TV episodes are canon. A few questions:

I ask because I really would like to participate, but hardly have enough time/skill. Thank you in advance for your answers!

random quotes from the character

Random quotes pulled from the show are probably best, that way there can be direct comparisons to voice match with.

Does person need to have experience/be professional in order to participate? Or just anyone who speaks english can?

No prior experience is necessary! Just an understanding of the characters and how they sound in the English language.

When will the filming and voicing of the episodes occur?

Mid to late December, which is why the cut-off for the auditions is early next month. I’d like to release Part I in January to coincide with NinjaGo’s 10th anniversary.

How long they will be/how much work should be done?

Since it’s an adaptation of the Dark Island Trilogy there are three scripts, each one 35-40 pages long. The amount of time that needs to be put into recording will vary by character. For instance, Wu is the focus character and so takes up a good amount of the screen time, meaning whoever voices Wu will have lots to do. On the opposite end of the spectrum is Kai, who is absent throughout Part II, so whoever voices him will have less work to do.

Everyone gets a little something to do and a time to shine, though, so no-one ever really gets left out. Depending on how many takes an actor may have to do, I’d estimate that it’d take MAYBE four hours to record all three scripts depending on the character(s) that an actor lands.

Headphone mics would probably be the lowest range quality I’d be willing to accept. As long as the audio isn’t crackly and background noise isn’t terrible, you’re in business.

Cool! Than you might hear from me some time soon…
And one more question: how much screen time each character will have? I assume that pirates will have very little, but I wonder about the remaining Ninja and Garmadon?

I’m very excited for this!

Well, I tried to speak like Cole and Garmadon, but it seems I am just an old man with a staff. An audition for Master Wu, using quotes from Episodes 10 and 26.
https://drive.google.com/drive/folders/1p9K2z_Imf8s1qww9YaC0HEON_7mMc9Vf?usp=sharing
Is it enough? Or should I record several more phrases?

I’ve finished some auditions myself. I might redo them, but so far there is Kai, Cole, Wu, Flintlock and Clancee, and a Jay I did before he was cast.

Here’s my audition for Kai. Let me know if you want or need more lines.

I tried my best

Was wondering if there is anyone doing the soundtrack for the project?

Here is my audition for Misako!
https://drive.google.com/file/d/1rdmW9eh-DTCNZF-slJwux5VmQQDDuB0B/view?usp=sharing

As of this message, the audition process is officially closed! Thanks for all who auditioned, I’ll be back with results within 48 hours. While you all wait, here’s a little peek at some of the VFX work going on. See you soon! 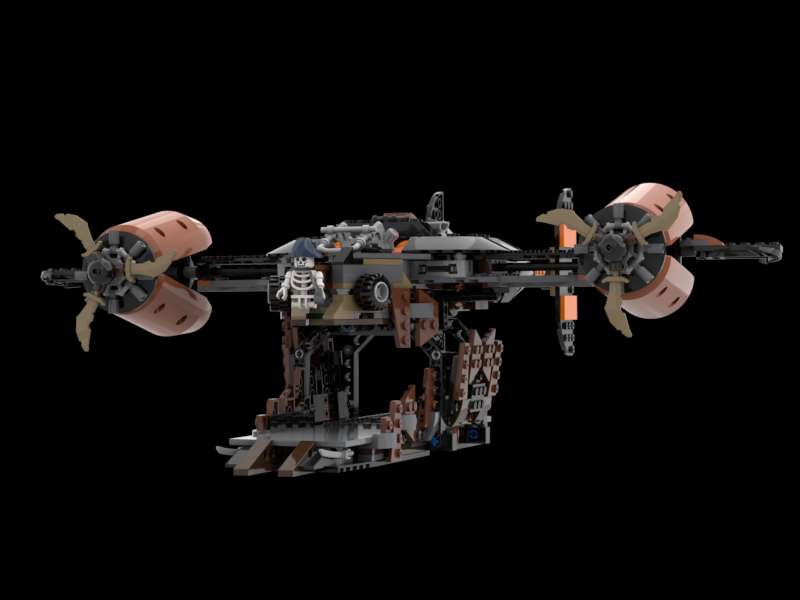 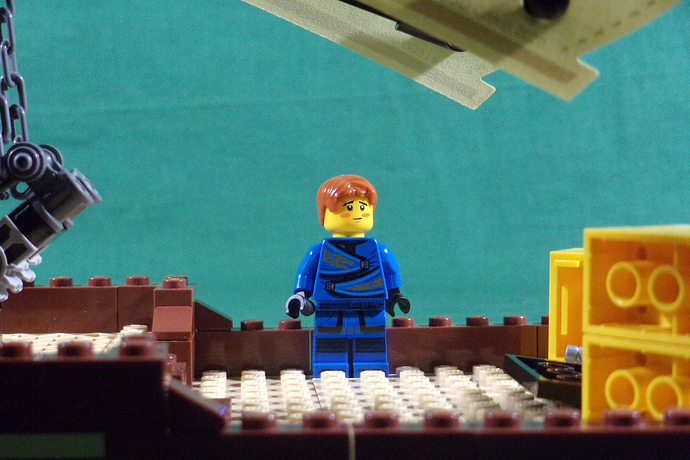 I’m excited to hear the results!

And the results are in!

Thank you one and all for auditioning, I had lots of great stuff to sift through, so let’s jump in.

Kai- Kai is an interesting character, as he’s sorta like Cole in the sense that his character has been a little wonky in terms of writing over the years. Also like Cole, though, his voice work has remained consistently great, with Vincent Tong’s performance easily being synonymous with the character. This was one of the more popular roles to audition for, but there was one that absolutely nailed the part in terms of a voice match and understanding of the character. The Ninja of Fire will be voiced by @HeadsintheLethe .

Cole- This one is a little awkward now. As stated above, Cole’s writing and characterization over the years has gone back and forth, but his voice has always kept the character grounded and recognizable. The passing of Kirby Morrow is a huge loss and I don’t envy the creative team for having to replace such a great actor. In the end, there was only one person that auditioned for Cole, and while it’s not a direct voice match, I know the actor will treat the part with respect based on his past performances. The Ninja of Earth will be played by @Jitil824.

Misako- So the last time I held auditions on these boards for a project, I had trouble finding female talent for the Toa of Water. This time around, i was very pleased by the turnout by the female fans and loved all the auditions I heard. It was honestly hard to pick some of these characters. There was only one that I felt really nailed Misako’s maternal voice and intelligence, though, so the mother of the Green Ninja will be voiced by @darcpython .

Lord Garmadon- the all powerful son of the First Spinjitzu Master is arguably the most complex villain LEGO has produced. Even the NinjaGo movie for all its faults still managed to balance the character well even in a more comedic light. While not a large part of this story, I couldn’t resist throwing him in via some flashbacks and the like as his relationship with Lloyd was too much fun to write. With only one audition for Garmadon, it was easy to cast, especially since the audition was also so good. Garmadon will be voiced by @HeadsintheLethe.

P.I.X.A.L.- Ugh. This was the hardest decision I had to make during the casting process. It came down to two contenders for the part, CluelessPXL and icedcreamx. Both really nailed the character and I was having such a hard time deciding that I almost just flipped a coin. What ended up being the deciding factor was that one audition managed to portray the “human” side of Borg’s assistant more than the other by a smidge. It wasn’t an easy decision, but the role will go to @CluelessPXL.

Flintlock- What an interesting idea for a character. A pirate with a southern accent. Nadakahn’s first mate needs to have a sense a clam and charm about him aside from the accent, and none of the Flintlock auditions exemplified that more than @Jitil824’s did.

Clancee- An equally interesting character, here we have a cowardly Serpentine with a peg leg. With a stutter and high pitched voice, there’s a softer side to Clancee that makes you wonder how he ended up a pirate in the first place. The audition that best nailed this character was @HeadsintheLethe’s. W-w-welcome ab-b-board!

Dogshank- While I didn’t get any auditions for this part, there was enough obvious talent in some of the auditions for other characters that I don’t want to waste any. So while she barely missed out on P.I.X.A.L., as a consolation, Dogshank will go to @icedcreamx!

Ed- I gave this one to myself. Didn’t get any auditions and playing around with it I discovered I do a pretty good Ed. Moving on.

Edna- Jay’s parents are awesome. A combination of their writing and voice acting making them really charming and likable characters. There was only one audition for Edna, which is good since is knocked it out of the park. Edna will be voiced by @Kai1.

Kid Characters- We’ll figure this one out later when the cast is assembled.

Young Lloyd- I didn’t expect much when it came to placing this one out there. One or two generic kid voices as auditions or something. So imagine my surprise when I get an audition that sounds like a pitch perfect imitation of Jillian Michael’s take on Young Lloyd. I only got the one audition but that was all I needed, That part goes to @Kai1.

And that’s everyone! I didn’t find an audition for Wu to be exactly what I was looking for, so I’m going to reach out to some of the voice actors from my other projects to see if they can deliver something more to my liking. All in all, though, I was very impressed by the amount of talent showcased here. Thank you so much to everyone that auditioned and congrats to the new cast members! Discord invited will be sent out soon via PM here on the boards, so be on the watch for those.

Here’s to NinjaGo’s 10th and getting this story out to a wider audience!

I can’t wait. I imagine sifting through the auditions was difficult, as they were all very good. I’ll do my best to honor Mr. Morrow’s memory.

Glad to be apart of this my friend super excited!