Have you ever taken your LEGO bricks outside???

If so, WHY? Please answer with truth and honesty.

Do you think you could build mocs specifically designed for outdoor play? Would you leave them out there overnight to see what might happen?

With how LEGO has tried to encorporate smartphones with Hidden Side, I’d be very curious to see them take a serious crack at encouraging kids to play outdoors with their sets- especially if their toys become bio-degradable in the far-future. 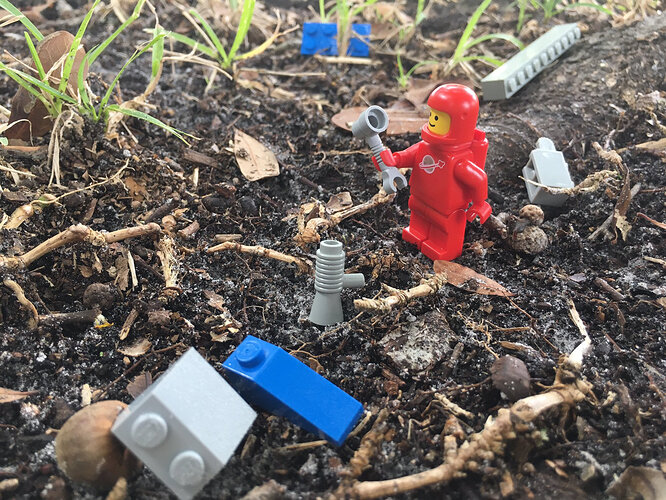 We had a big backyard when I was little, and I have fond memories of taking my MOCs outside and staging epic battles with my good guys and comparatively badly built bad guys.

The only ones I’ve taken outside for more than a few minutes was a large RC Technic 4X4.

I occasionally take them outside to make photographies.

I’ve done a few outdoor photos but really I haven’t had any outdoors since I moved out of my parents years ago. First a group home, then an apartment, now a condo.
I mean for gunpla I built a stage but i haven’t had a real yard in years. 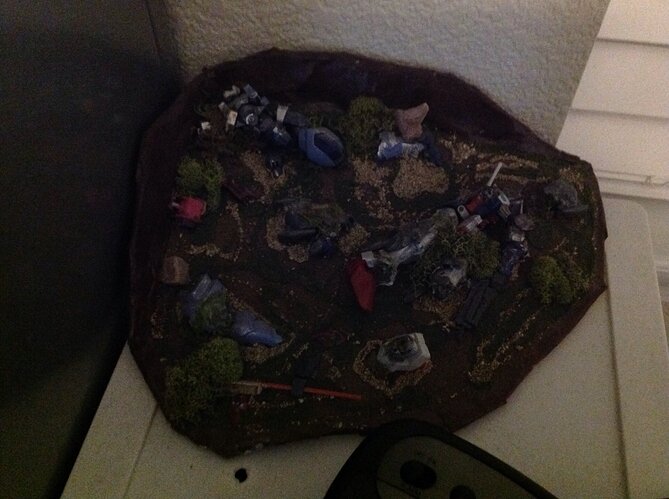 Well, i did take a minifig out for nature shots a few months back.

I’ve become a bit more lax on taking lego outside if it’s for a specific purpose. Really depends on how willing I am to lose or damage the product.

I’ve done a handful of MOC photoshoots outside; for my second camera I think it took better pictures outside than inside. Plus, it’s fun, and allows for some creative interaction between MOCs and the environment. Since my style isn’t super detailed, the MOCs handle it very well, which I can’t say for Ek (he lost a few pieces of Entropy during our photoshoot).

I used to play with my Bionicles outside sometimes with my sister. It was pretty fun.

Chewed to death by the dog, lost in the sea of grass, stolen

Generally a bad idea to go out playing with your LEGO toys. No promise you’re getting them back.

Nature shots usually give me Nam flashbacks from the absolute fear of losing a piece where I know I’ll never find it.

I never really did it, mainly because of this. 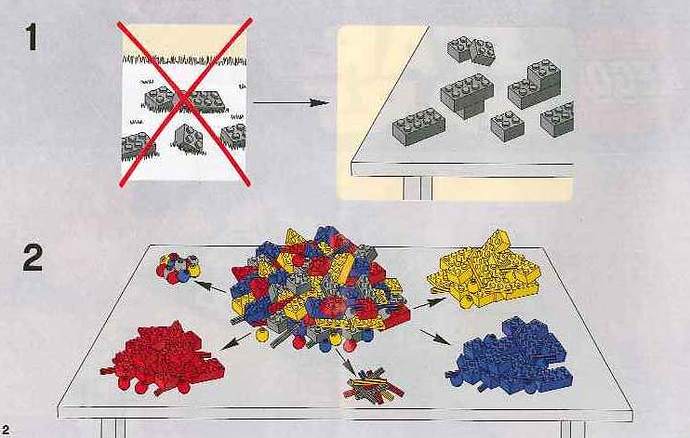 now that I look at it, that may actually be saying “don’t build them on the carpet”

now that I look at it, that may actually be saying “don’t build them on the carpet”

I have been doing it wrong my entire life

I always thought it was “Don’t build on the carpet”. Of course, I’ve built every Lego set I’ve got on carpet. how rebellious

Yes, many times! I find most times in the past I brought them out was related to the weather and for videos of photos. Some examples over time, no particular order:
circa 2002: the DUPLO Supertruck went from an indoor pull toy for me to an outdoor semi-rideable toy (before it was recalled and sent away for a voucher).
mid-2000’s: I remember playing with Bionicle figures in my backyard with my brother and our friends once or twice. Even making games similar to the later Galotrian game for elimination as advertised in the instructions.
various winters between 2013 and 2015: I would take photos of snow-based LEGO sets (especially Star Wars Hoth sets and various Toa/Turaga/Protectors of Ice) and even have video of playing with Alpha Team Mission Deep Freeze - right before freezing my hands and phone!

2014: I took Gali Mata to the beach, even making a short video of the waves carrying the canister to shore. I watched it very carefully that it didn’t sweep back out to sea

That same summer I also took Surfer Rescue and recorded the entire review on the beach. All parts saved. Good change of pace for a review.

I also dropped Emmet off a balcony into some sand. He made it out okay

2015: After the release of Jurassic World sets, I took a few into the backyard in the summer for a pseudo-park scene. I also recall playing with Nui-Rama and Lehvak in the backyard too, taking photos of each around trees.
2016: I did an outdoor drop test of many different LEGO sets prior to moving. Most of the sets’ parts landed safely inside a few round snow sleds I laid out and were rebuilt later. Sadly, Ocean HQ from Ultra Agents didn’t make it, RIP. Hard to find another copy nowadays without paying through the nose.

Since then I haven’t had much of a yard when I moved in order to take them back out again, and became more cautious about them on beach trips in the summers. I’d bring my SigFig around on road trips from time to time but always kept a close eye to make sure pieces weren’t lost. One of my favorite LEGO photos I ever took was on a trip to Washington, D.C. and holding up a Revolutionary Soldier CMF near the Washington Monument (photo missing atm, sorry), a good test of focus too. Sometimes though I place Gali Mata near the window when it’s raining outside to harken back to the Gali Mata clip from the Mini-CDs.