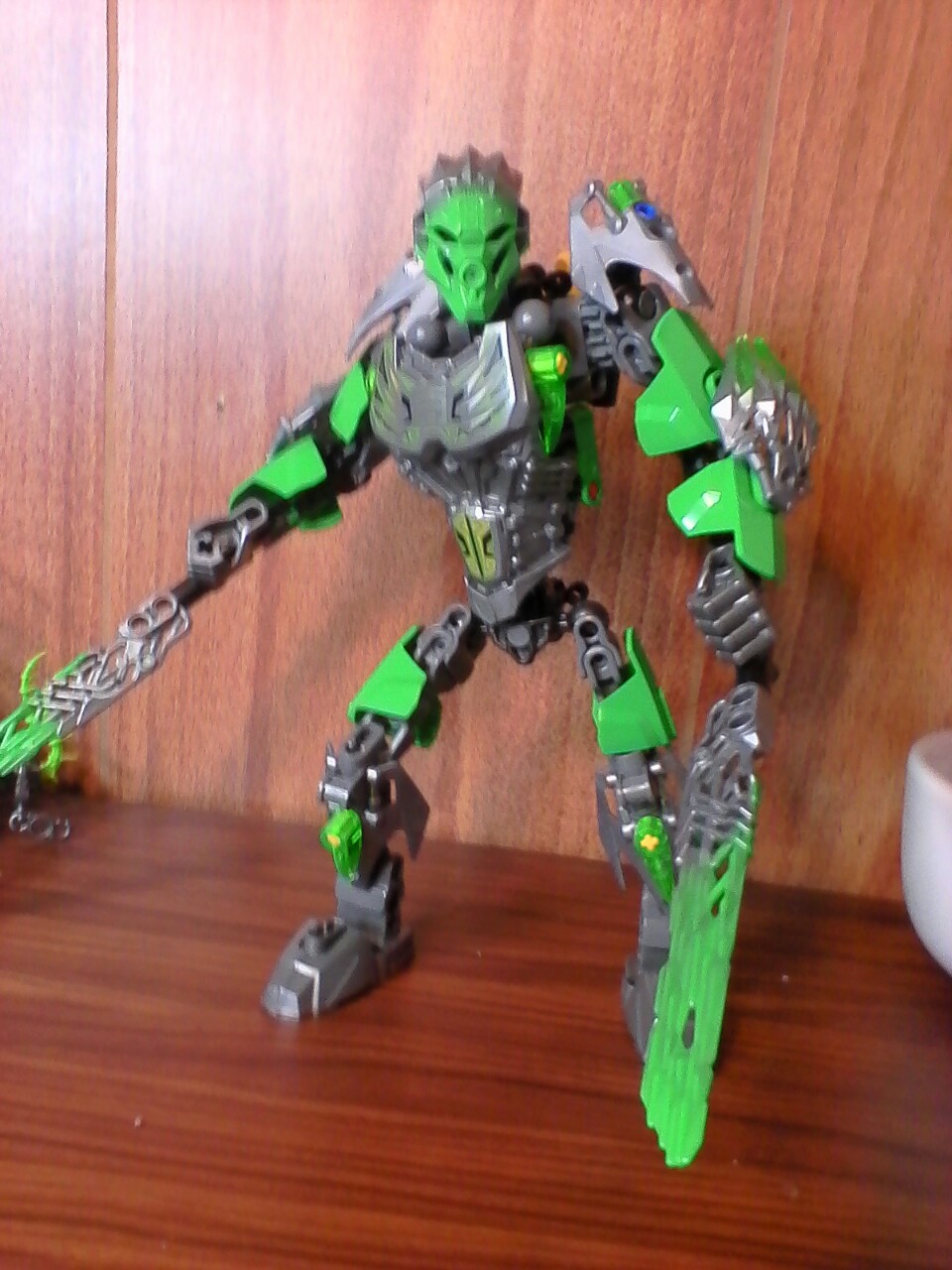 The main goal of this revamp was to not create just a Lewa revamp, but to create a customisable combiner model. Using pieces from both 2015 and 2016 Lewa.

Exceptions:
•Only outside pieces related to pieces inside the sets can be used. (I can add size 4 shells, but not size 5 shells.) This rule only applies when a piece is needed that isn't currently available. Recolors are only allowed within the allowed color spectrum.

Goal:
•Create a Lewa revamp that works in the same way as the classic Lewa Mata and Lewa Nuva. Only changing the limbs and armor, while giving little to no change to the torso.

Goal Met, with only 6-7 pieces needing to be rearranged when switching between builds.

As you can see in the above pictures from my tumblr, the build works well. I'm overall happy with the result.

The arms! You fixed the arms!

Definitely a major improvement over the set, especially the arms and the placement of those Vorox armor pieces.

The arms actually weren't that hard to figure out. Just replaced the spiked shoulder pads 2015 Lewa had and extended the arms with an extra joint.

@Stoax
Thank you! Read above. I tried to make the set specially compatible. It even has extra spaces on the inside for future additions.

I think it was specifically for this reason. So we could combine them. It makes sense as to why one has arm articulation and the other with waist articulation.

I think the ball joints that are sticking out look odd, and I'm not a fan of creating legs this way. It makes the shins stick farther out than the thighs. I like everything else.

Thank you! The legs are the same as the original uniter. Only thing I fixed was the arms. Like I said, the goal was to create a customisable build, so you can have two different versions while altering very little of the torso. As for the exposed ball joints, I did say it has room for future iterations and customisations.

Like I said, the goal was to create a customisable build, so you can have two different versions while altering very little of the torso.

I understand. The legs were always a problem, i think.

Eh, I think it's passable.

Also something that confused me, I thought the waist articulation squeaked? Mine doesn't.

I guess you were blessed by Denmark.

Yeah, I actually got my Lewa Uniter set earlier today. Both Lewa and Uxar. When I put Lewa's torso together, I expected it to squeak. It's completely silent and there is a tiny bit less friction than expected. Which is incredibly strange seeing as how it was factory sealed...

Customisable. There are areas I could have easily sealed up, but to keep this build flexible I left a couple areas flexible for future add ons.

Eventually I'd like to revamp the creature of jungle as well. But to do so I'd need the Protector of Jungle. I guess for now I'll stick to Lewa.

Generally looks good, aside from the ever-so-present balljoints on his shoulders.

Customization. I would've added green Y-joints, and that would've been allowed, except I don't have any.