so a few days ago i posted skull minion, a combo of the skull villains

like with the piece of unity
and the white spikes all around
and kulta's uh
armor placement?
back gear?
something like that

I didn't fully incorporate the waist swivel function, but it's easy enough to do

overall, I'm pretty content with how this MOC came out
there's some gap issues with the lower torso, and those lower arms are blocky as all heck
but i think its okay as a whole

i would have loved to include more of UtH's color scheme in this, but it just didn't work well enough with the other two

Full disclosure, I took a lot of inspiration from DrScorpionX's Kulta Kai:

I built this combo a while back, and it gave me the inspiration to create a combo of the three main G2 villains. Nothing carries over buildwise, though the legs definitely were inspired by his build. Anyway, check out his stuff, because it's pretty cool and stuff.

who won
whos next
you decide

I love this combo, it's looks Monstrous and Evil all at the same thing.

Very well made. I like the look of the horns and the way you used those turbines for the flail.

This MOC, is nice. I am enamoured by the entire build, I couldn't have done better

moved to the Lego Creations Catagory

...Was it not already in there?

Huh. Must have misclicked.

This is cool, real cool. I hope his name means "Shadow Grinder" or "Skull Hunter."

Looks great! my only gripe would be the hands on the legs, but that is just a nitpick.

So does he just throw the mace around or does he use it to keep his minion(s) is line?

So does he just throw the mace around or does he use it to keep his minion(s) is line?

actually he just uses it as a paper weight

No one wants the IRS on their trail.

Stellar combos as usual, slurm. I now understand why that other guy was a minion.

Wait, so he can take masks and have a table ready for tea? That's it, this is the perfect Moc, nothing can beat this.

yo yo he got instructions now 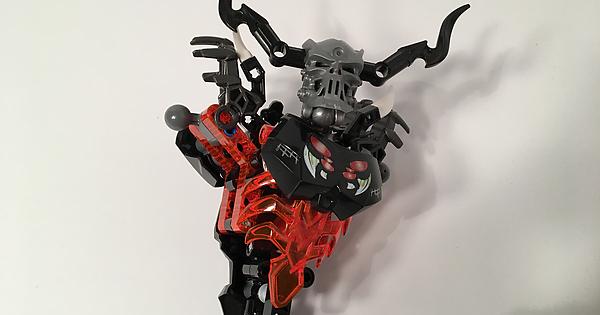 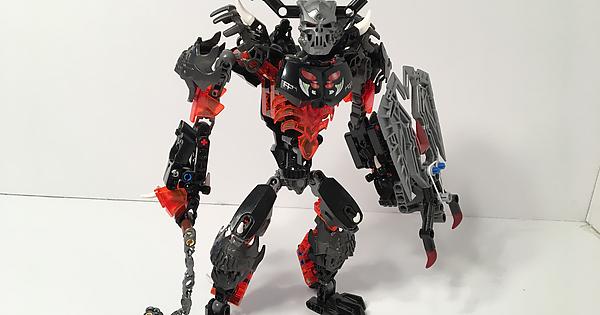 Holy heck, this is just beautiful!