Hey everyone! Continuing my productive streak, here’s a new MOC! This is Lucia, a warrior princess and Glassmage. 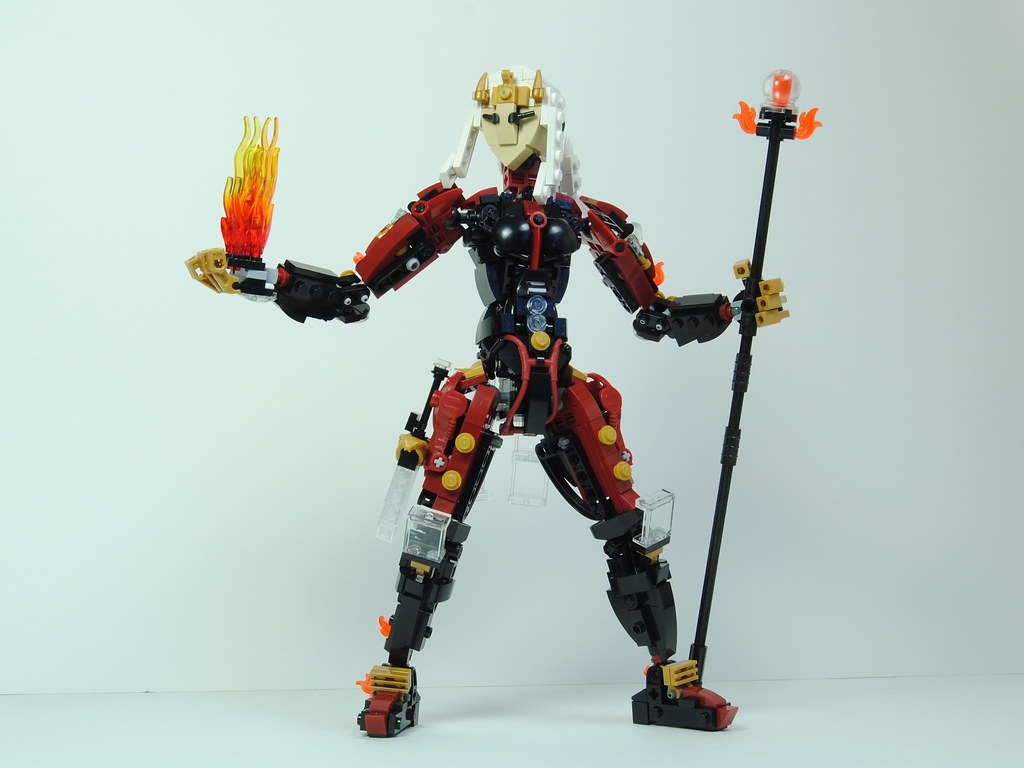 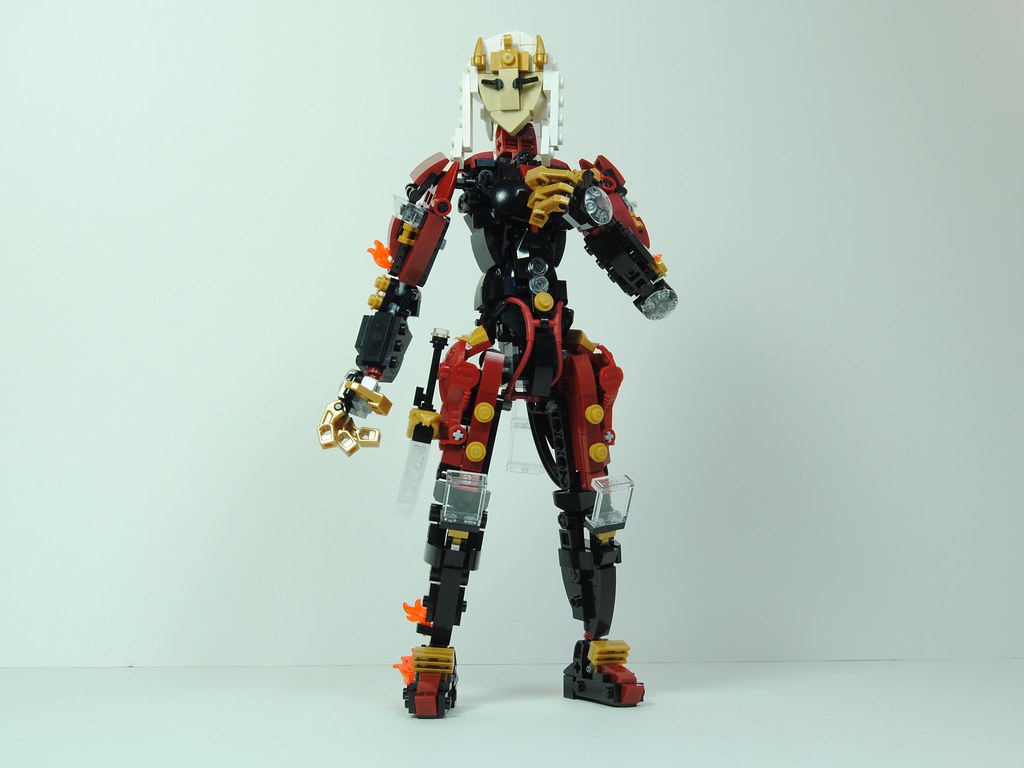 Combining her two favorite pastimes (fire magecraft and glass working), Lucia has learned to heat and manipulate glass in her surroundings or form fresh glass from dirt and sand. She uses this skill to make tools and weapons on the fly, such as her trusty glass dagger. 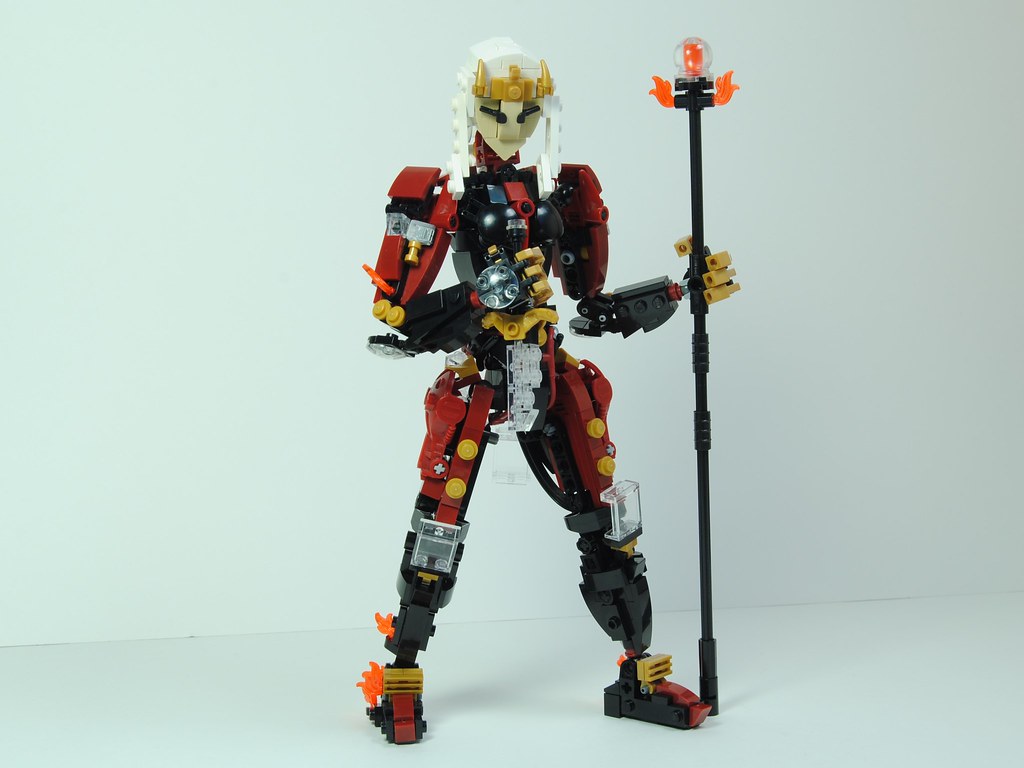 Lucia also has a fire resistant cape when she wants to look extra stylish. (also I knocked off her braids while putting the cape on, and I liked how she looked without them) 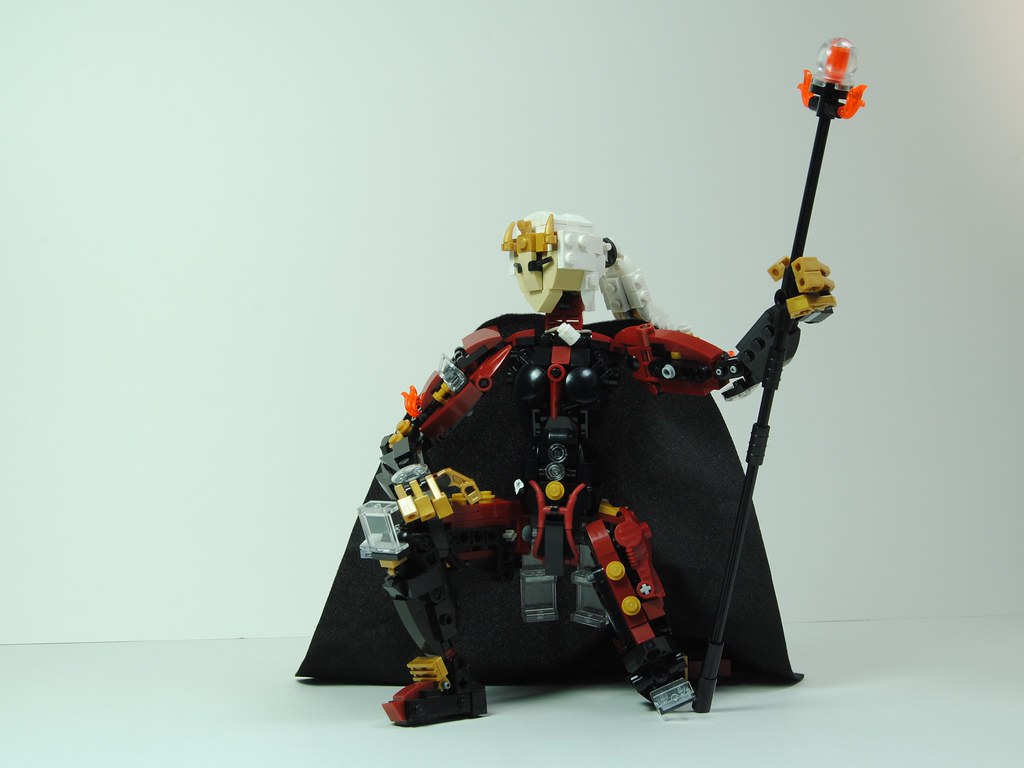 Build notes:
So this project has been a work in progress over the past two-ish months. I was originally planning on making a partner for her for the Two of a Kind contest, but Lucia turned out way larger than I planned, and I wasn’t having much luck with the other character. To give credit where it is due, the head is absolutely based off of Eero Okkonen’s head designs. 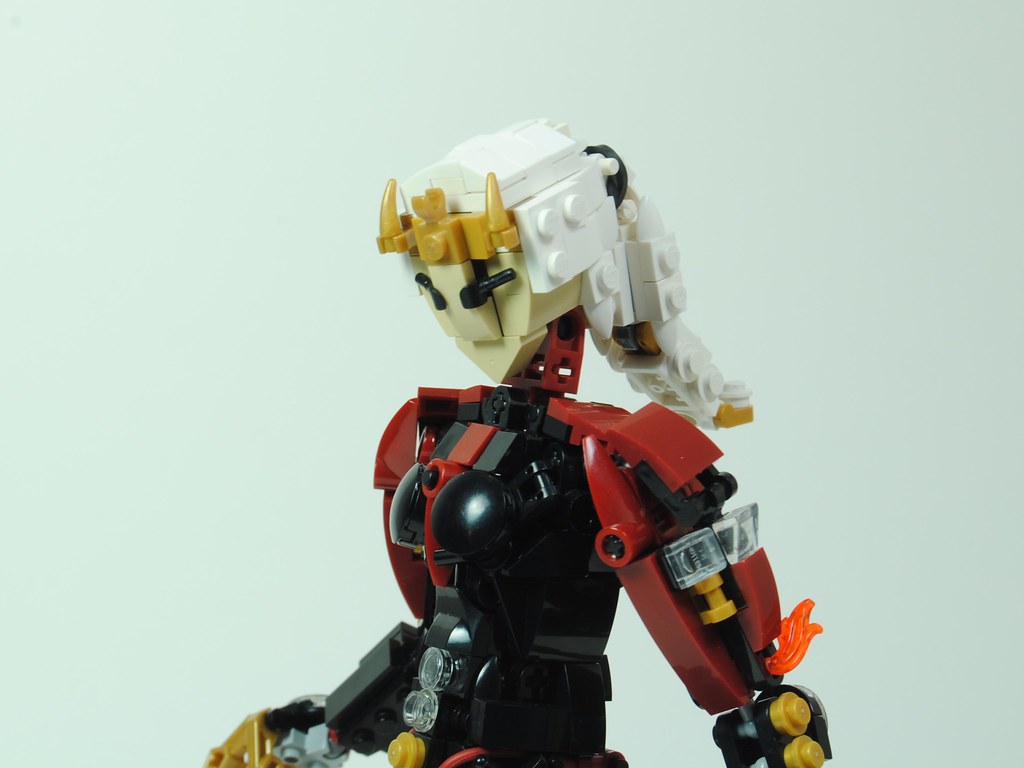 Lucia has really good poseability, even if some of the details are a bit delicate (the glass “skirt” is one of those).

As far as inspiration goes, Gara from Warframe was a starting point. The general aesthetic wasn’t inspired by any one thing, but Googling “fire mage” will get you an idea of what I was basing it on.

That’s it for Lucia. Full album is here if you want to see the rest of the photos (there are some other nice ones). Thanks guys!