Lucirann was at one point a Toa of Sonics and a member of a secret Toa team tasked to spy on the Dark Hunters. The team failed their mission when they got spotted by the Dark Hunters and taken alive as prisoners. The captured Toa later became test subjects for a horrifying experiment when they refused to give out information. The idea behind the experiment was to shrink newly discovered stage 7 Kraata and let it enter the insides of the captured Toa to combine them into a single new species.

Lucirann became the lone survivor of the experiment thanks to his Great Mask of Fusion. The Dark Hunters were in shock when they saw their experiment succeed against all odds. Shortly after having survived the experiment, he was driven mad with grief seeing all his teammates dying in agony right before his eyes. He killed every Dark hunter in sight and escaped the destroyed test facility.

Lucirann later tried to return to his Toa brothers but they could not recognize him as one of their own.

Abilities: When the stage 8 Kraata entered the insides of his armor, his appearance changed, and he was given all the Kraata powers. Due to his Toa heritage, he can harness Great Kanohi and has masterful control over all his given abilities and is not limited to using one at a time. He could turn Toa or Matoran into Umbral Toa by having them die by his hand. This method was however not guaranteed to work every time. 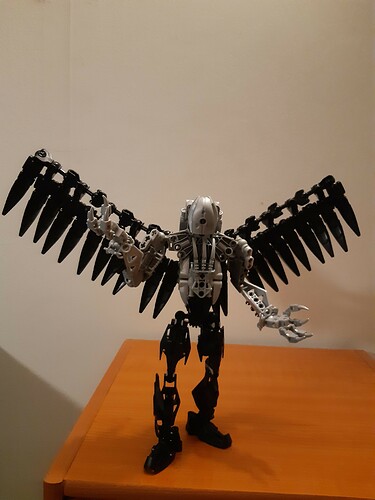 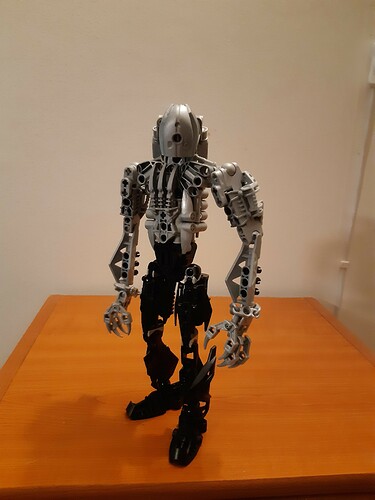 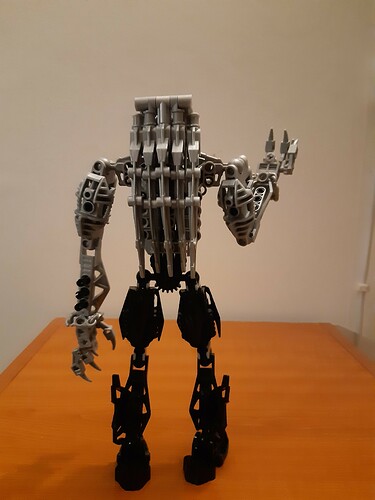 Freaky backstory. But couldn’t he just use his mask of fusion to un-fuse himself and his brothers from the kraata?
Anyway nice moc

Thanks! He became intoxicated by the powers he was given and did not want to give them up once he gained the upperhand over the Kraata inside him. As for his friends, the experiment killed them from the inside while he was restrained by the Dark Hunters incapable of doing anything. He became the last test subject when it was his turn. He became pretty messed up.

Ah that makes sense
What would happen if another Toa with a mask of fusion “cured” him? Would he be angry?

I think he would not want to be cured. He would see his treatment as a betrayl in a way. Him being cured means that his friends died for nothing according to him.

P.S. is it just me or does he have swords for hair?

He is not really undead. He just fused with a rare stage 7 Kraata and survived thanks to his Great Kanohi. The “hair” is a side effect thanks to the kraata he fused with. They work similarly like the spikes the Rahkshi has. The cyclops head is just his previous mask deformed beyond recognition.