So as i said with Bomjun and Hujt their story was not complete cause that story lacks the actual prequel and here it is.

So, it all started when Racnar decided he wanted to start making rahi without the help of Chirox and the first he made was Macjot. 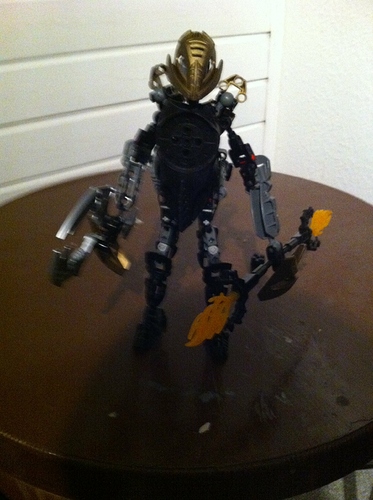 IMG_0110.JPG1936×2592 1.45 MB
Yes i know, its ugly but its supposed to be okay?
So anyways, this is the first Rahi that Racnar created wthout the help of Chirox, he however decided that as it showed no signs of life he could simply toss it away, which he did. This however was a bad choice.
Macjot showed signs of life shortly after Racnar had left to gather parts for a new rahi and it soon became sentient aswell. Before it left Racnar’s lair it managed to steal two staffs. 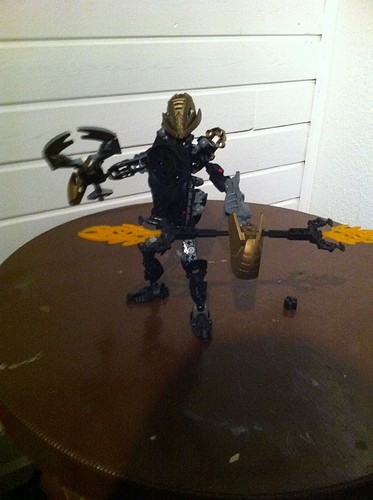 IMG_0115.JPG1936×2592 1.52 MB
When Racnar returned he however felt a mix between pride and shock, cause on one hand his rahi had come alive but on the other, a now fairly vicious sentient predator was lurking about.
He soon went in pursuit after quickly gathering some stuff needed for the hunt which he was about to commence.
From here on out the story is seen from Racnar’s point of view and you are supposed to imagine you are inside Racnar himself.
■■■■■■! Where did it go… i found the tracks at the entrance to my lair but they have disappeared at this rock… hm… Did i make it capable of flying? Don’t think so… Ah! of course! my eco-localisation. Lets see here… hm… theres a… bohrok va? yea… strange… 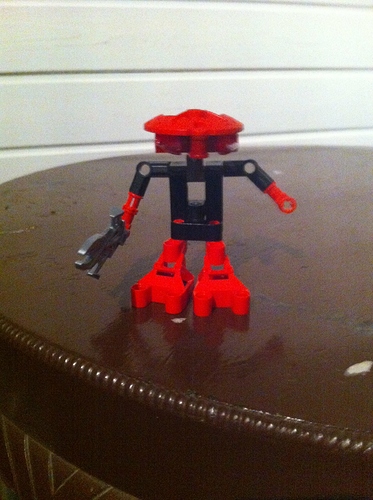 IMG_0116[1].JPG1936×2592 1.74 MB
This one seems different… It looks bigger than any other ive seen… i gotta look into that later
And a bit farther away… found it!
Hm… someone shouted… a matoran? pretty sure Bohrok va cant shout or make noises… hm… i gotta act fast.
Ah! found you, you ugly… thing? not sure what to call you honestly. Macjot, i guess. I need something to call you for my documents. Wait what is it attacking? something like a matoran but not really… 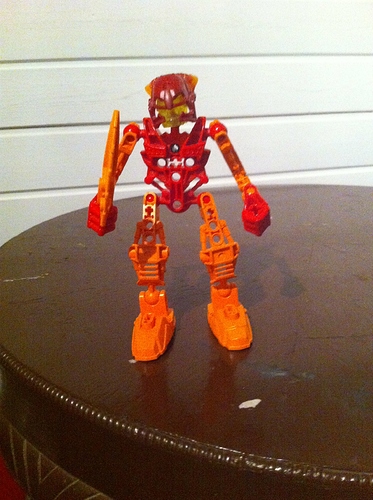 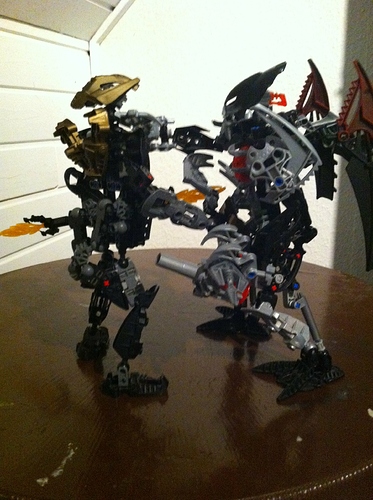 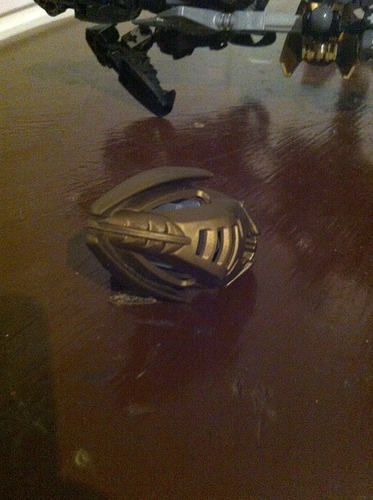 IMG_0119[1].JPG1936×2592 1.88 MB
Okay… got it… hm… still gotta do something about that Bohrok Va…
“Why did you kill it?!”
“I just saved your life, you should be thankful, besides why are you here? you dont look like you belong here.”
“I’m Hujt and now im gonna ask again. Why. Did. You. Kill. It? I was doing some research on this… well thing.”
“Okay i killed it because i thought you were in danger and you did not answer my question. Why are you here. You dont belong here.”
“No. I dont… somehow i was just here okay? cant explain it…”
Hm… a person from another world perhaps? Gotta get rid of this mess before the other Makuta find out… now about this person and the Bohrok Va… maybe i could remake them and erase their memory? and give that Bohrok Va a identity now that im at it.

And thus. The Bomjun and Hujt you (may) know was born.

Anyways as i always do here is a few pictures of the build.
Again i know its ugly but its supposed to be. 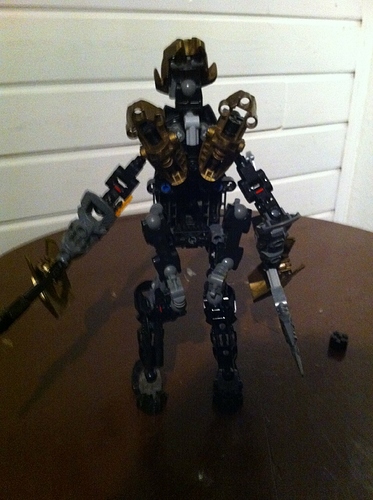 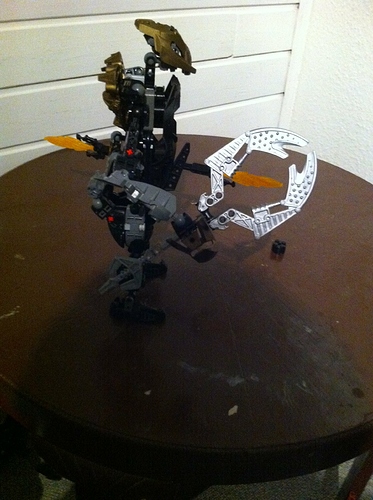 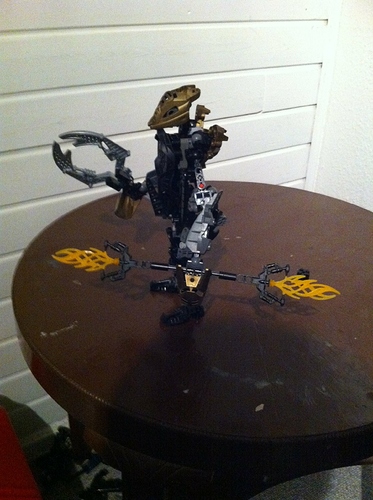 Please be careful with that kraahkan, it’s fairly rare.

Intentionally ugly is still ugly, my biggest complaint is the torso, it’s a rectangle, also the color blocking is lacking, I don’t want to be too harsh, but I really don’t like this one, it’s good to try weird designs, sometimes they work out, sometimes they don’t.
As long as you keep trying and listening to criticism you’ll improve.

As for the story, you’re really playing fast and loose with canon, personally I don’t like that.

Wait that mask is rare? Thought it to be Fairly Common… Huh… Cool. But yea this MoC was essentially just one big experiment and this is probably also the last MoC i make that will have anything to do with actual canon.