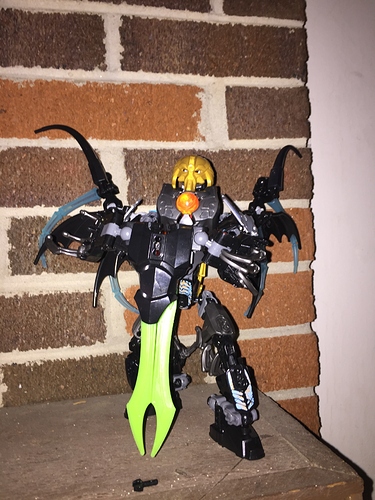 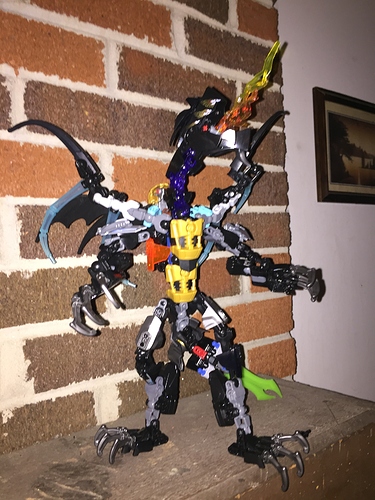 Makuta Dragonix the strongest being on the island of Okoto and the Counterpart of the White Empress Dragon. Now that he has the power of transforming he has become an even greater force of evil, with his Sword of Black Magic he cut a rift in space and time to either trap his enemies or send them back I time. Makuta and his fellow masters of Darkness (Pharaoh the Golden King, Leviathan the Biblical monster, and Kaiser Mente the shaolin Dragon) command an army of robots and dragons that are destroying Okoto and collecting the golden masks while posing a big threat to the Royal Knights (Toa).
(I used Drscorpionx’s design for inspiration)