This project started from trying to make a venom suit for one of my mocs, but the project fell through. However I still wanted to make a evil looking mech suit, so here we are. I decided to make a Makuta/Megatron exo suit after i made a Mata Nui/ Optimus Prime exo suit. 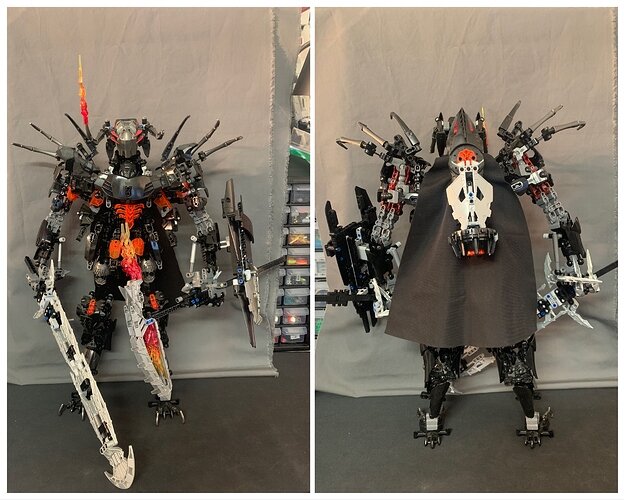 I tried to give this mech relatively the same weaponry as megatron from the last knight movie and makuta’s staff. His arm cannon can be stored on the back and used as a jetpack. Like most of my exo-suits, the pilots arms hang on the side of the mech. 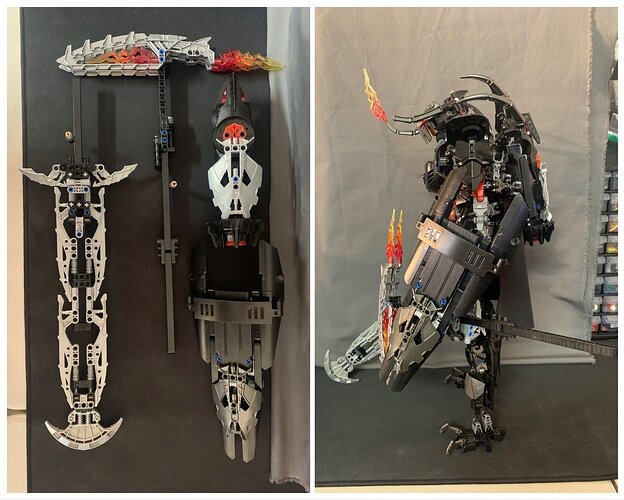 Weapons include scythe, sword, shield, and arm cannon (including claws). 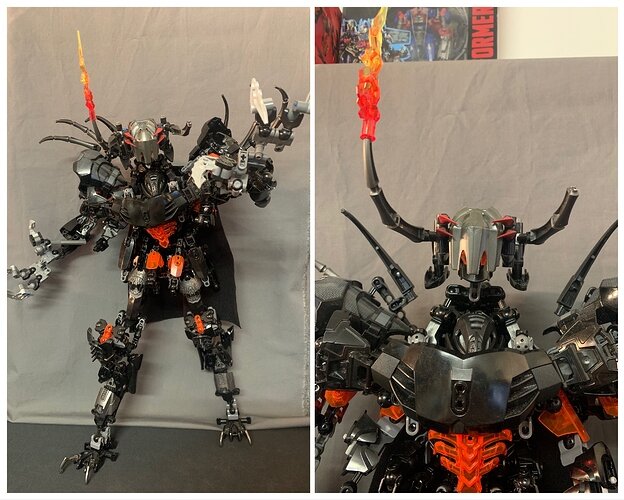 This is the first custom head for a titan i’ve made from scratch, based the design off of ares concept art from the wonder woman movie. the broken horn piece was not intentionally broken, accidentally dropped the piece a while ago. Also wanted to make sure that he had glowing eyes. 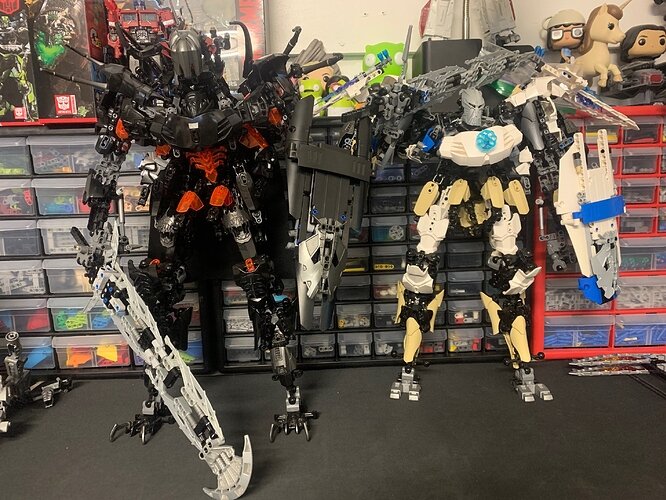 I was gonna make the mata nui/optimus prime suit gold and black because i had bought a golden mask from ebay. however the dude turned out to be a scammer so this is the color scheme i’ve stuck with.

Very interesting. A little messy, but not too bad. Cool sword design.

Though can I get some pictures of the fellow inside?

Thanks!, the sword design was based off of megatron’s sword from the last knight. Oh man, thought i might’ve been able to get away without having to show the pilot. 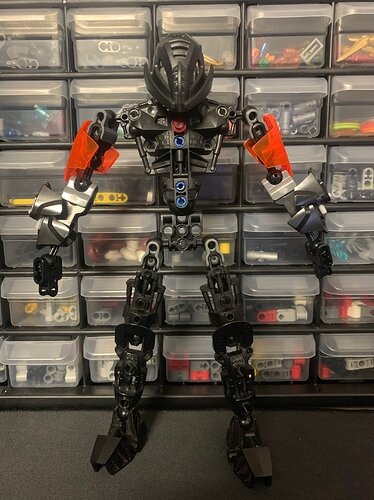 Look at it! the pilot is a plain inika build to ensure stability and that it doesn’t fall apart when moving the mech (can’t wearing any armor when the pilot’s in the mech). I’m currently working on a 100% custom torso that is similar to the inika torso without using inika pieces (it’s taking a long while). 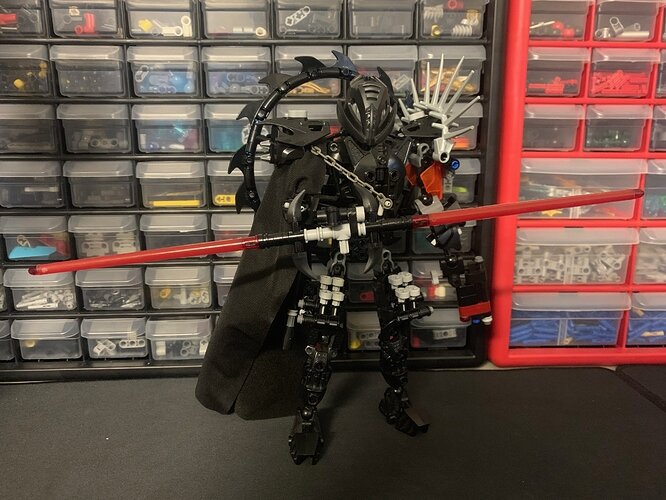 Decided to throw a quick outfit and weapon together for makuta (lightsaber, 2 handguns, knife, and ammo pouches on the thighs). 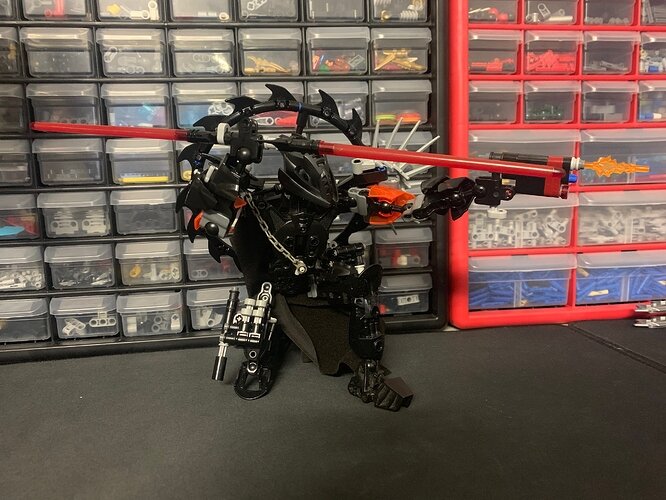 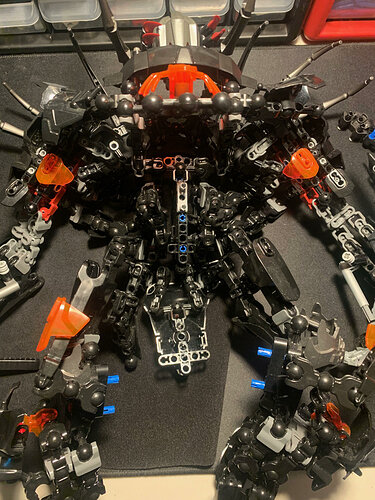 chest of the mech opened, pilot is connected to the mech through the pins.

A bit messy, but I love it! Great Job!

The pilot is not bad at all. Especially with the outfit. If I could give one complaint, is the armor juts out oddly from the lower arms.

It’s pretty cool, but hard to see what’s going on…

I do love the weaponry, however.

Nice work! The exo suit looks great, though it may be a little messy (but at this scale, that’s hard to avoid). The weapons are really nice too.