In G1, releases for physical interpretations of makuta were few and far between, and for Teridax, the only set we got of him was the one from 2003, which lacked functionality and proportions that we came to get used to later years of G1. I wanted to take a whack at modernizing that old teridax aesthetic we know and love, and out of that attempt came this: 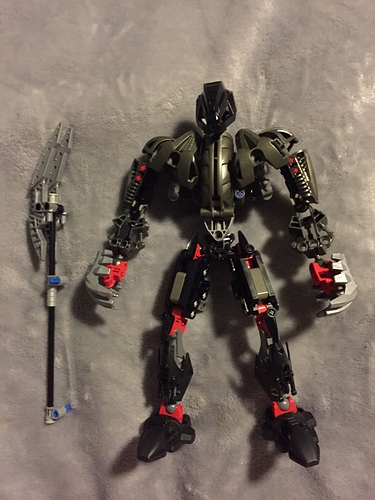 Takanuva hands and all, this big boy carries the intimidating aura of his predecessor, with some obvious tweaks and upgrades.

His proportions are substantially more human (albeit still a bit wonky), and he has WAY more articulation that allow him a healthy range of poses.

He is equipped with the exclusive “mask of power” from the ultimate dume set of 2004. I included it as it seemed like a direct aesthetic upgrade from the original mask of shadows, while still encapsulating the haunting feeling the mask gives off. 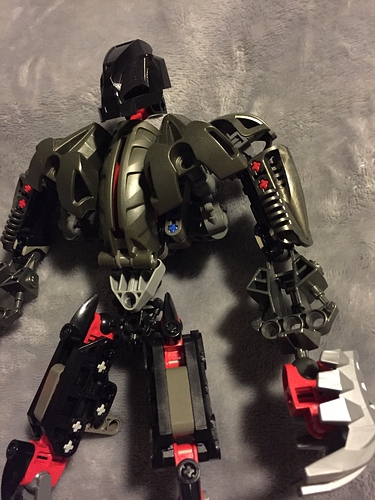 His torso and upper arms were quite the challenge to construct in a way that was sturdy while still adhering to the color scheme and textures, but came out fantastically in my opinion.

The layered build of the torso looks heavily armored and battle-tested. The majority of the gunmetal on the figure is concentrated in this area. 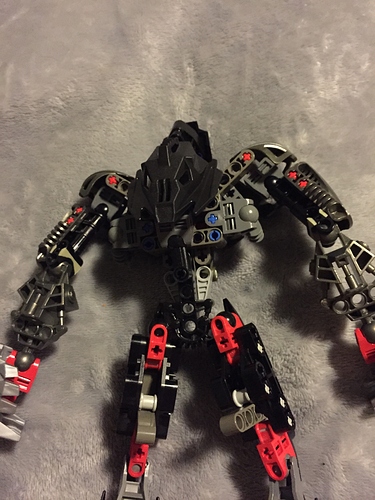 A decapitated onua mistika finishes off the plating on the upper body, and completes the look of this intimidating tyrant.

This guy was very fun to build and still very open to modifications, so any comments and critiques are appreciated, Thanks!

I feel the original mask would be better. Plus the Takanuva hands would look way better with some sort of thumb.

Duly noted, I’ll have to try out the thumb idea. Unfortunately I got makuta from a lot and he was missing his mask so I had to use the dume one. Thanks!

I think he looks pretty nice overall and you have recaptured his appearence well but I really don’t like the usage of the 2004 mask of shadows although it could be because i dont like that mask very much and i feel the only real visual upgrade is the movie edition mask. I think you need more visible black on the arms and possibly torso. But again i think that overall it is nice

Yeah, I just don’t have the mask of shadows. I could probably pick it up for cheap off bricklink if I needed to, thanks for the feedback!

I think this is a very good re-imagining of Teridax, though I agree that the original Krahkaan is better looking. The chest design looks very good, even if the back is kind of plain, and the shoulders are great.

However, I do think the legs look very bare, and that the leg design of the original set is part of what makes Teridax so intimidating. I especially don’t like the Skrall armor piece, it really contrasts the style of the almost carapace armor that Terry originally had. His arms are good, though the hands look… awkward. I get that you wanted to keep the hand design, but it does look odd.

Overall, pretty great, and I would love to see a V2 in the future!

Everything looks great, but you kept my least favorite part of the original. The Avohkii hands. Never liked those…

I’m definitely working on redoing the legs. I’ll try adding some bulk that calls back to the look of the original terry. Thanks for the feedback!

Terrible build, boring colour scheme, terrible mask choice those are only some of the things bad with this moc

Just kidding this is great

Just kidding this is great