Mal the defender of the sword of legends

Welcome to the toatrex moc extravaganza wich I'm doing because i have to give away my only means of taking and uploading pictures to this site.
Anyways first some backstory and random tidbits about this creation before we get into the pictures.

I've had the idea for this creation for some time now. And that idea was a female that uses leaves as wings. And my disappointment with the entries to a contest I hold on Instagram currently drove me to finally make her. She was originally supposed to be a spirit of fall but as I built she started to look more and more insectoid and the antenas really convinced me to make it a bug girl instead.

Now onto the pictures. 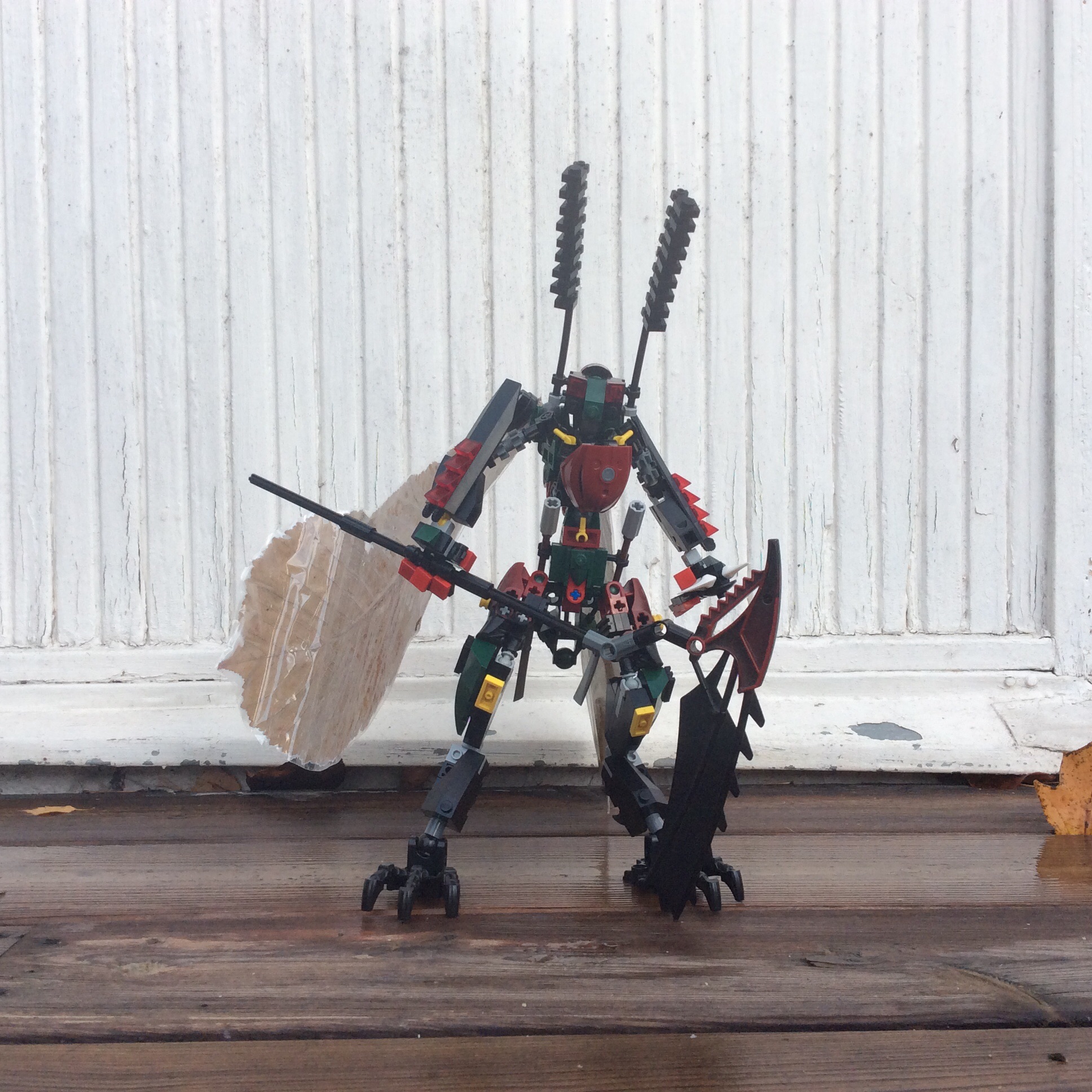 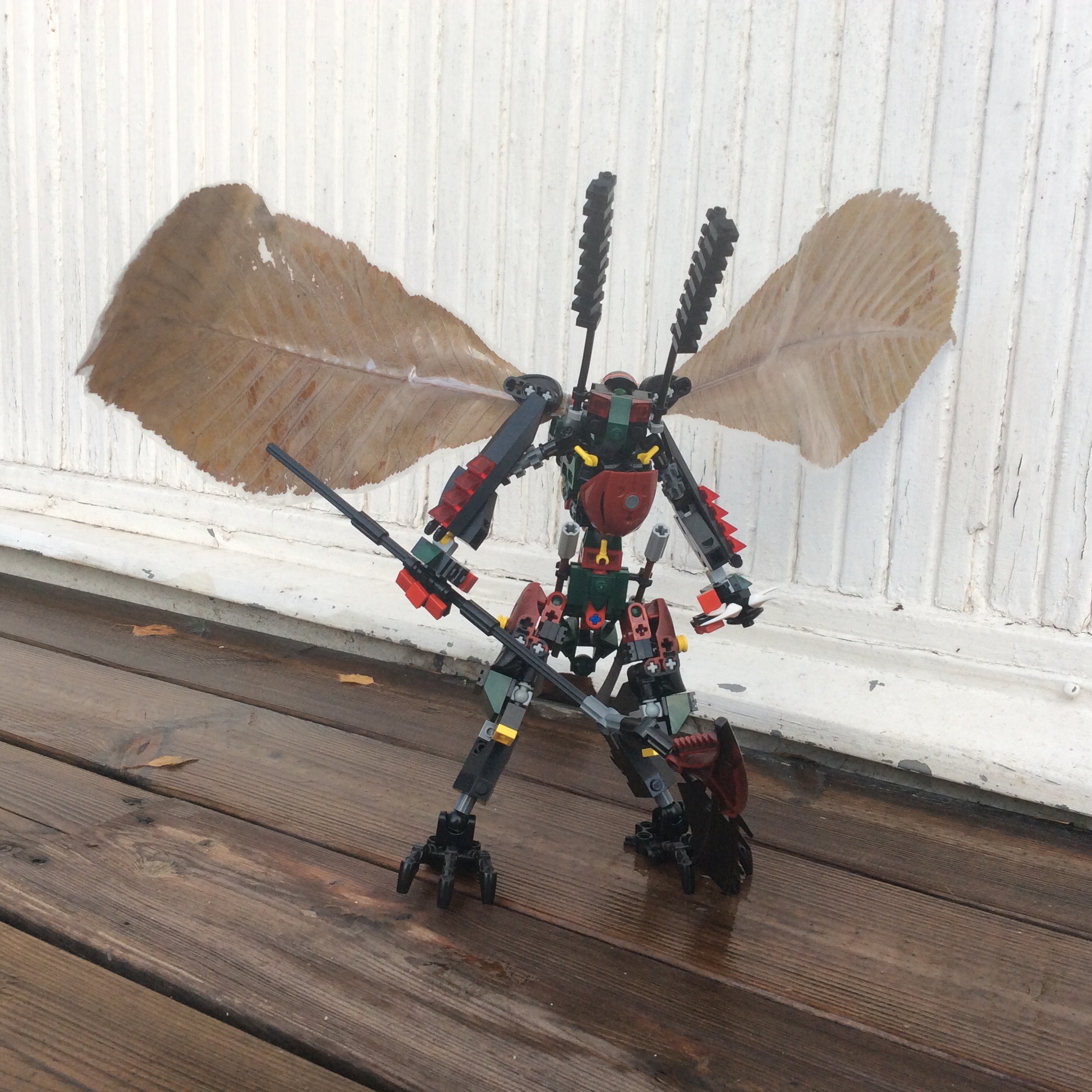 Wings extended. those wings were originally supposed to be maple leaves. But I chose to use chestnut leaves instead. 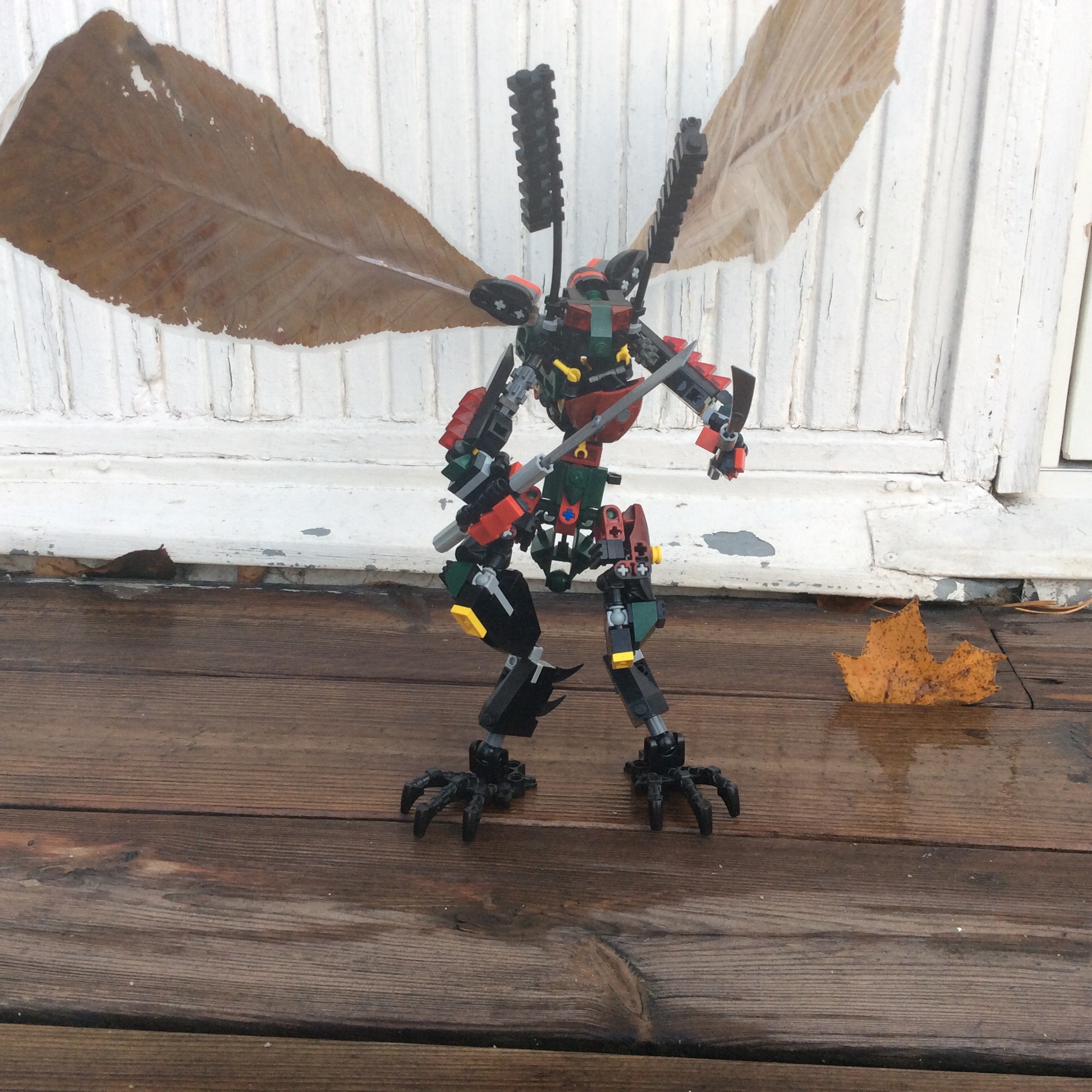 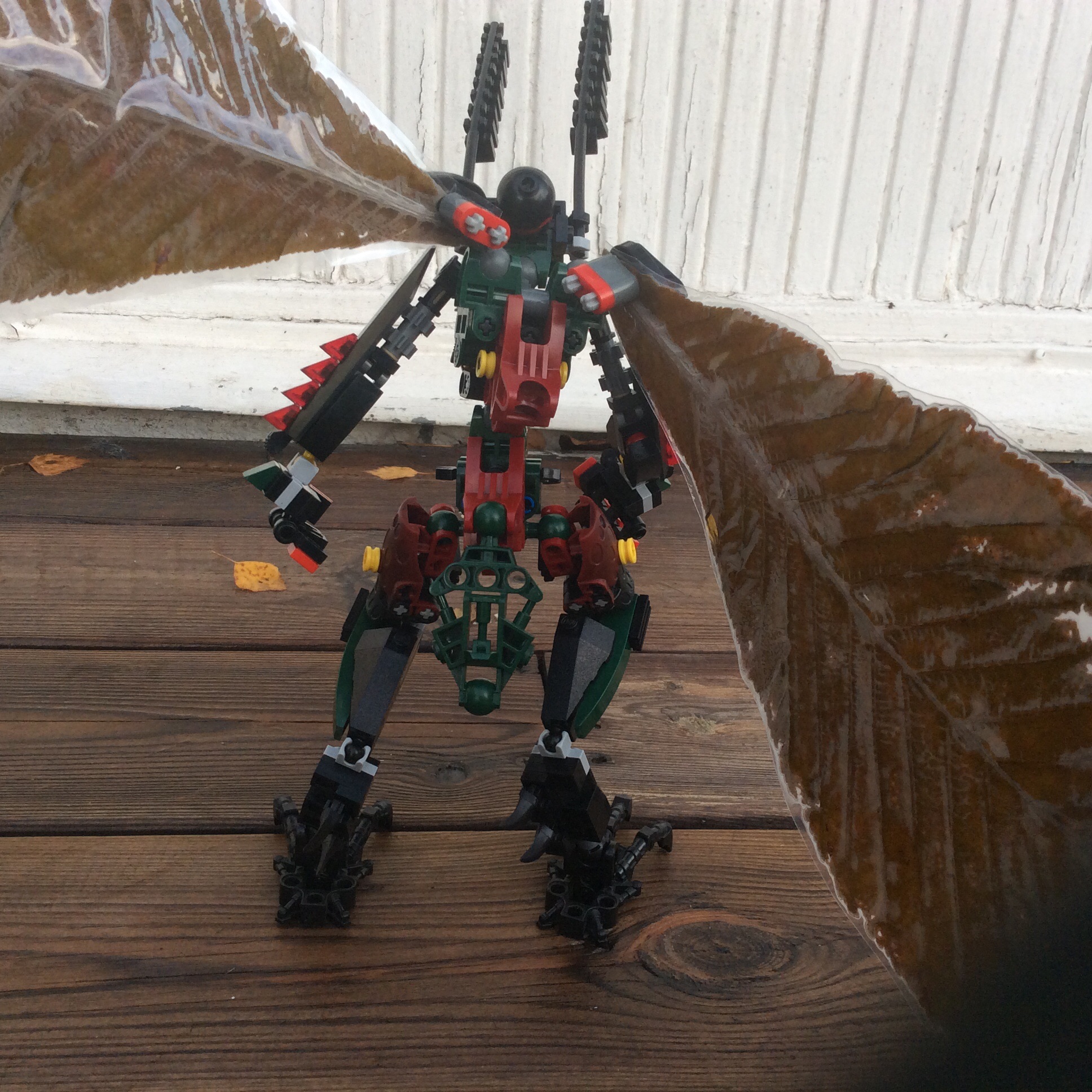 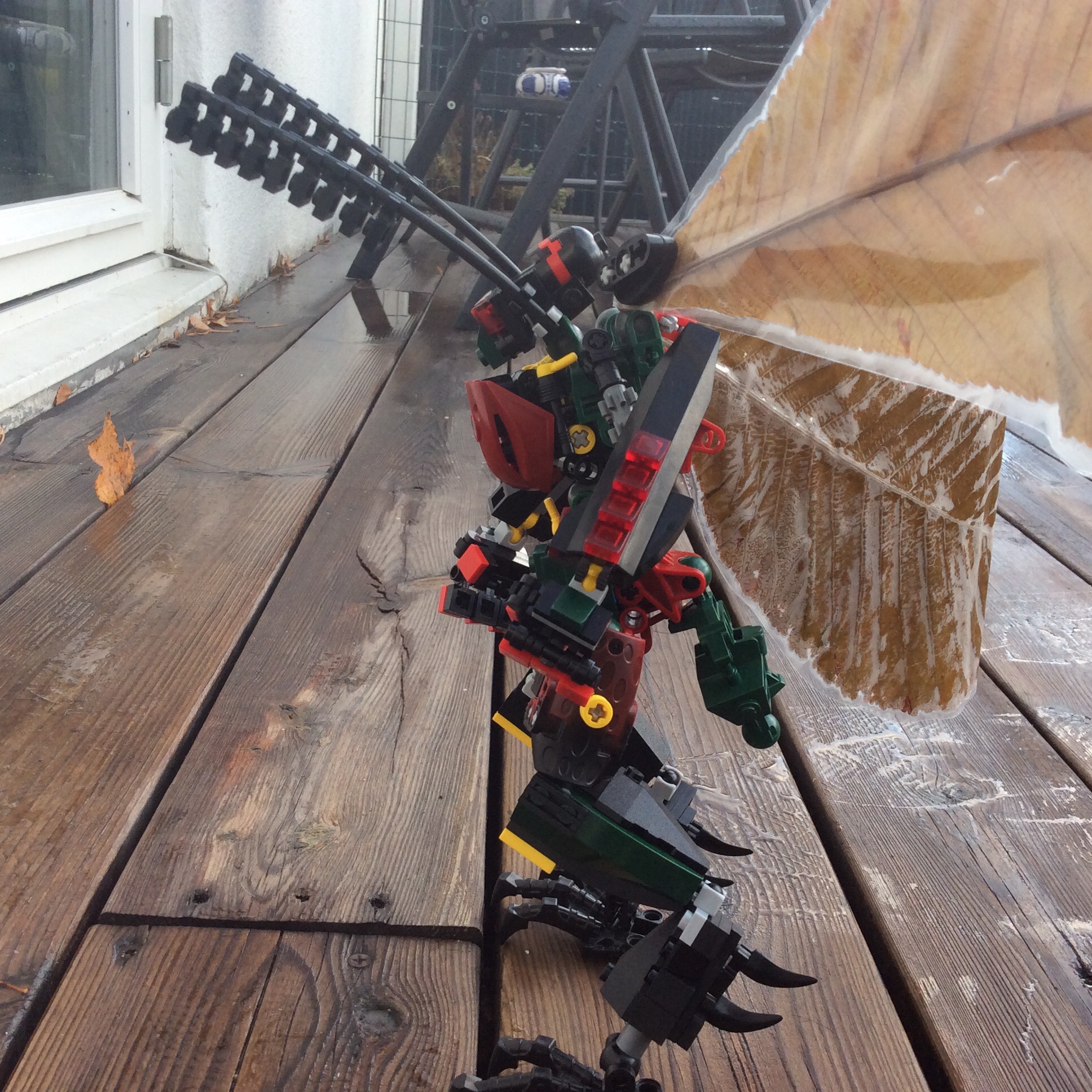 Now let's get on to the sword of legends 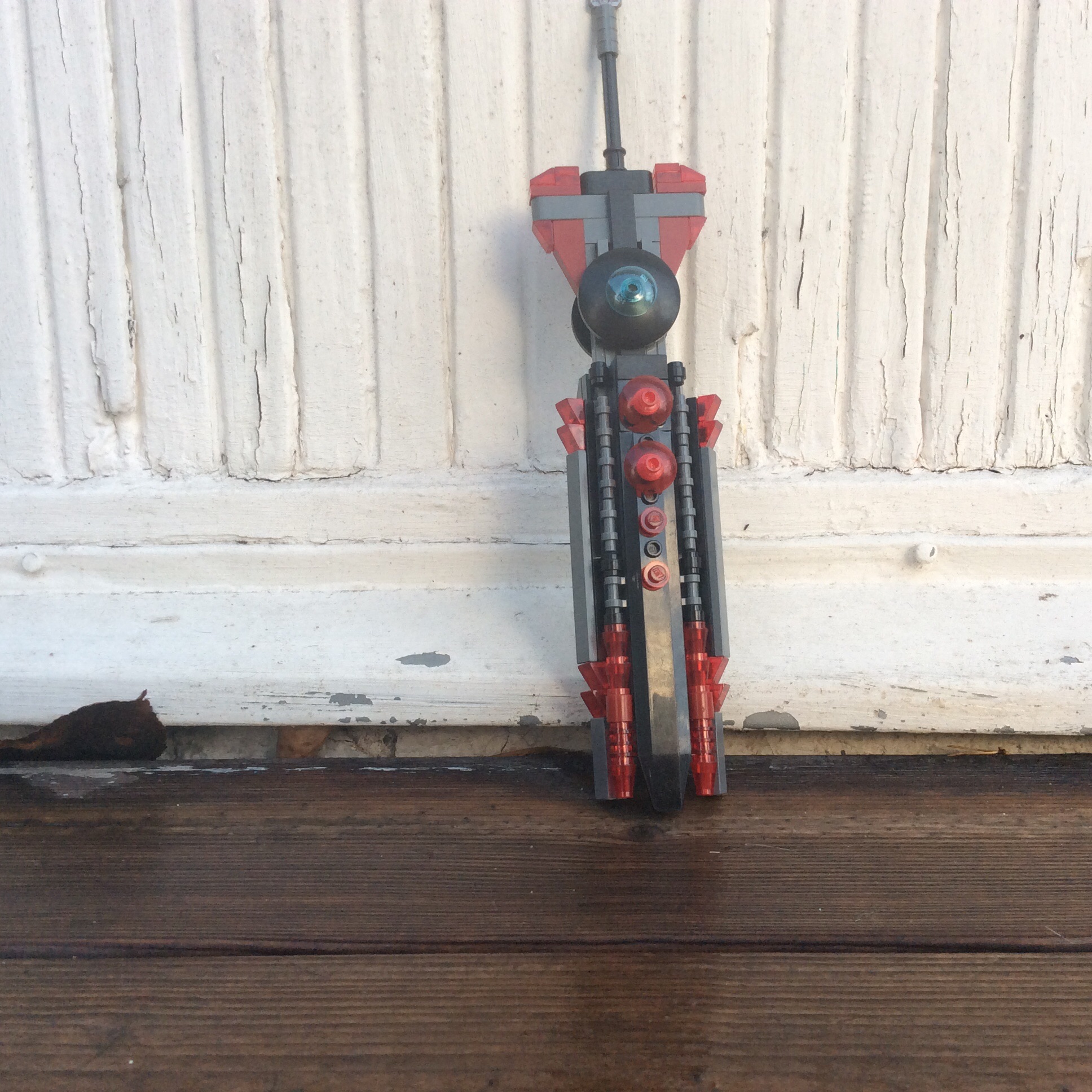 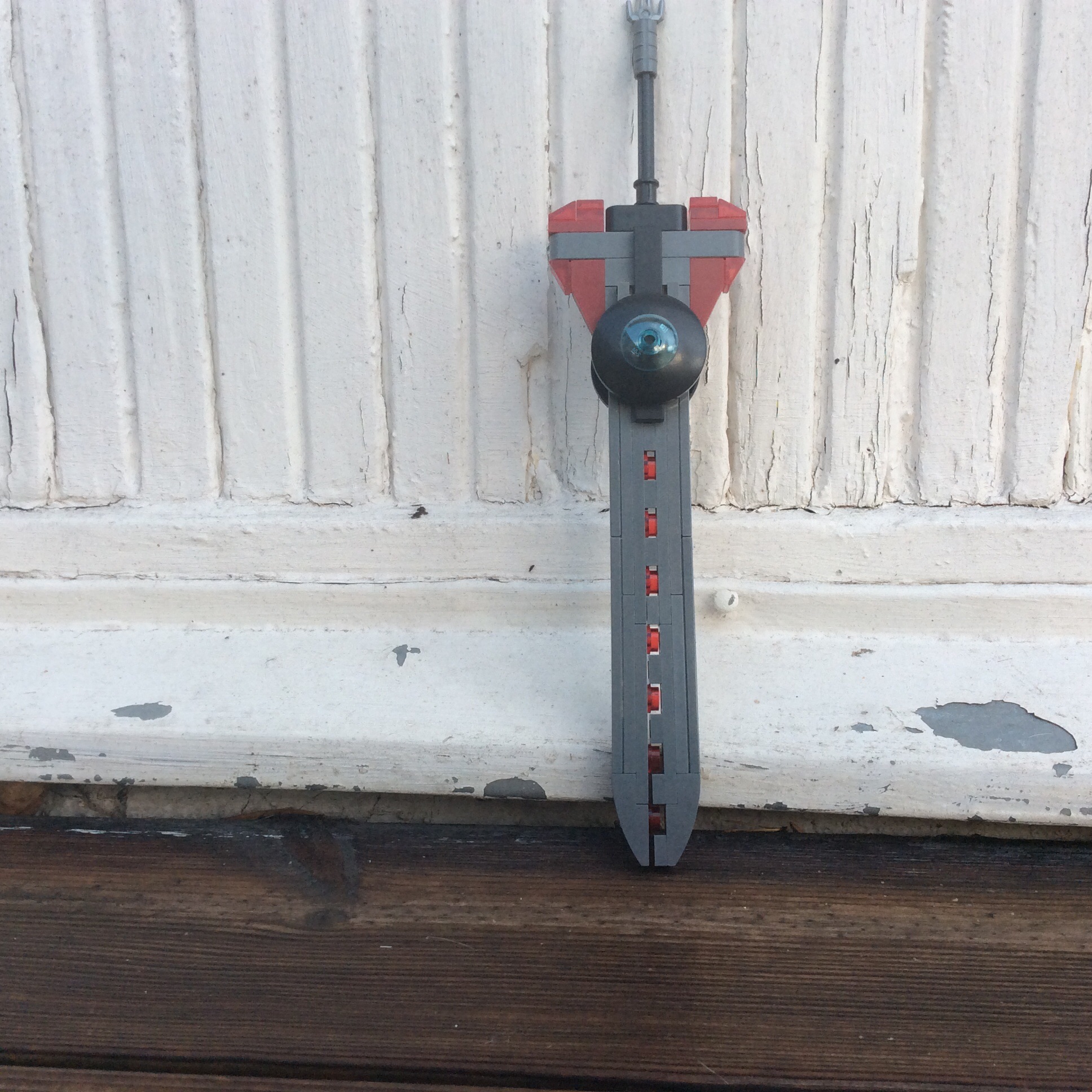 Wow, honestly this moc is really cool and unique. The color scheme is awesome, at first it looks like random pieces but a closer look and you can tell, it's just amazing. The leaves for wings is a great idea, incorporating non-lego things into mocs. The sword is so cool, you even made a sheath for it, and not only that but it's a sword you made, not just a singular piece weapon. I love the bug theme, it's so fresh and barely anyone's used it. Good job!

you need to be spotlighted or something. Or deserve a medal

WINGS!!! WINGS!!! Holy Hell I love those wings! Great ingenuity, I haven't been blown away by a MOC like this in a while. I like the integration of Lego System pieces in addition to the Bionicle parts. The green/red color scheme works surprisingly well. My only suggestion would be to include two more arms/legs to complete the insectoid design.

I want to ask the people who stumble across this topic, any other poses you can think off to put her in? I am rubbish at coming up with them

I want to ask the people who stumble across this topic, any other poses you can think off to put her in?

Make her do the Macarena.
(Seriously, though, that sword looks great! The hilt is a little large, but I feel like ridiculously proportioned weapons is what Bionicle is all about.)

any other poses you can think off to put her in?

As far as poses go, you could put her arms open in the "Well, What is it?" pose from Dark Souls. Or you could put her on uneven ground, with one foot on a rock or something. That always helps characters to look more dynamic. Or maybe a running pose, with her wings flat behind her, or you could flare out her wings and have them parallel to the ground.

This is awesome I cannot think of anything else that describes this moc.

interesting use of leaves.

This is a good MOC.

Make her do the Macarena. 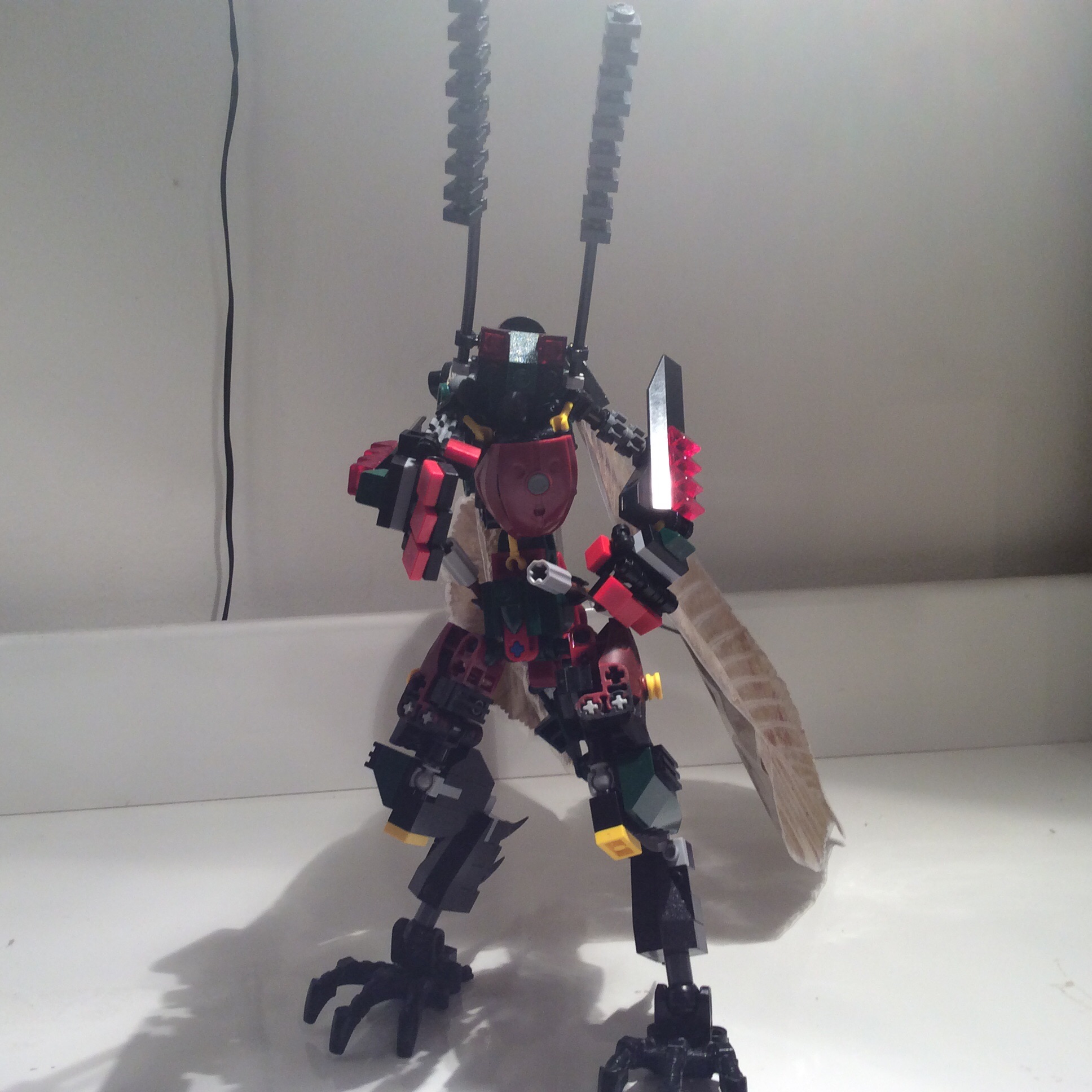 You could put her on uneven ground. 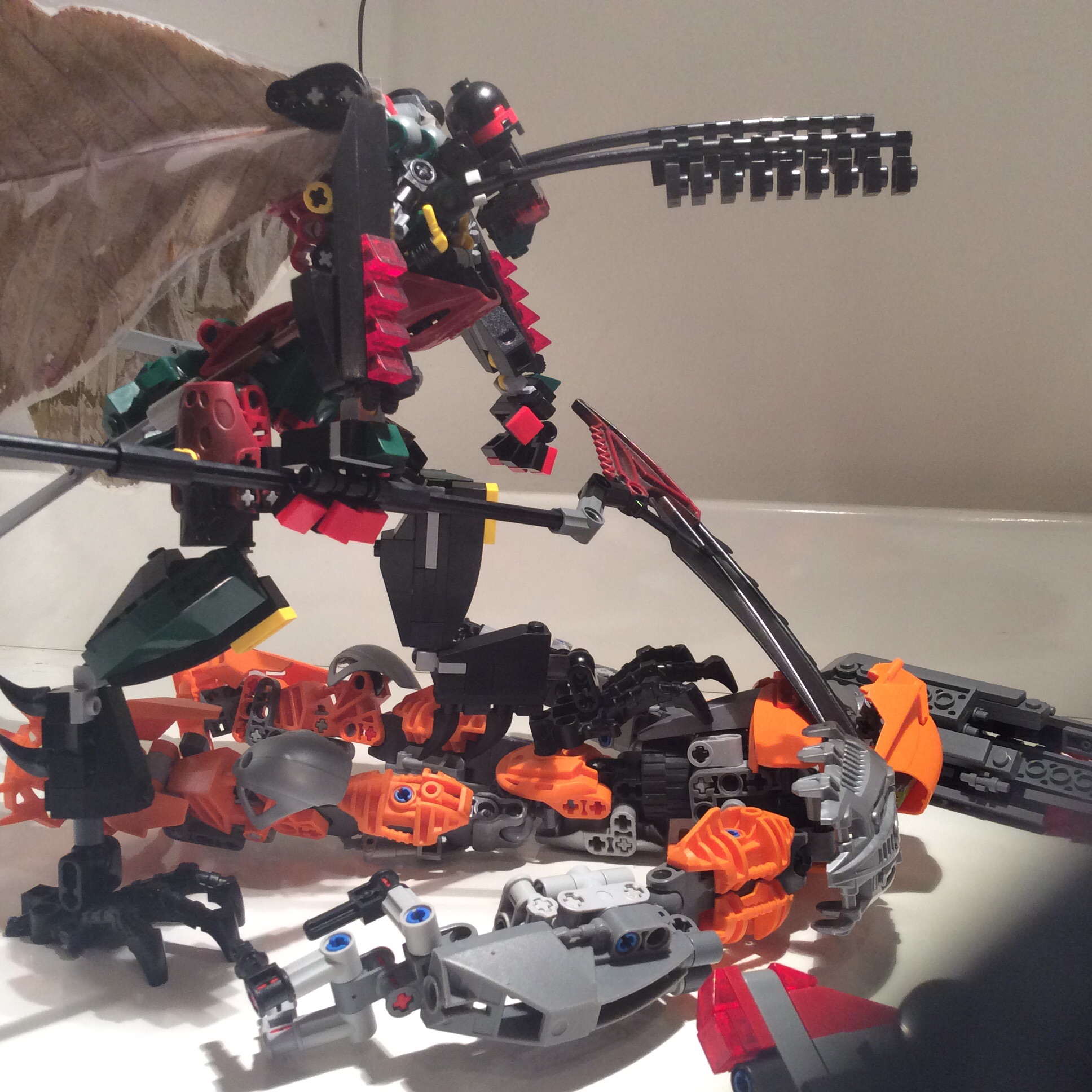 "You took my sword. Prepare to die.

Or maybe a running pose 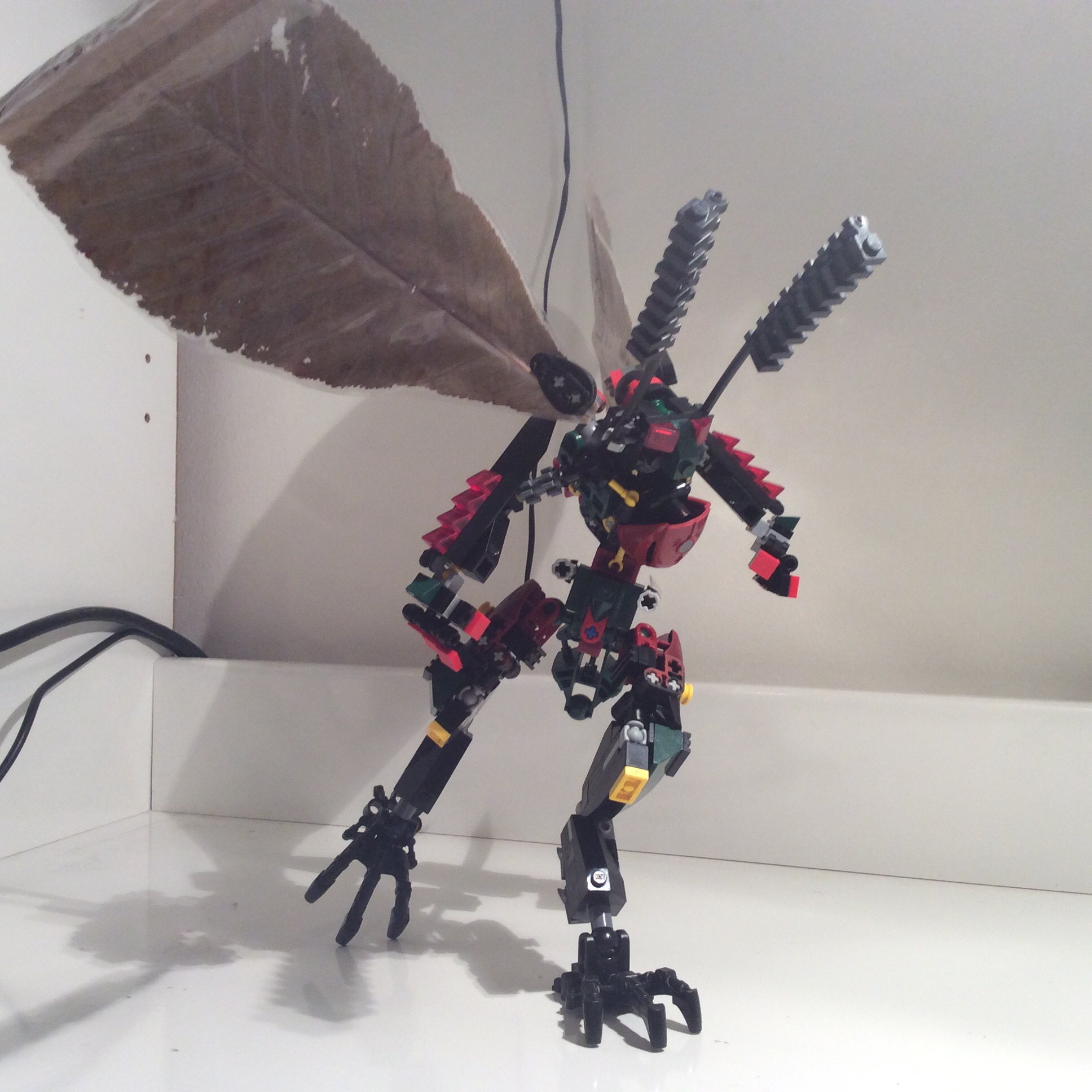 I have to give away the iPad i take pictures with

I got to admit this looks great.
Like the wings especially.

Do a photo of her in this pose