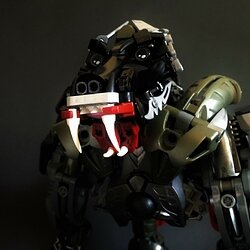 Built for the Preliminary Round of the 2019 Bio-Cup. Theme was "Scary Monsters!"

Late to upload because I didn’t have my usual photography setup sorted out at the time of building, then had to focus all my attention on my Round 1 entry. 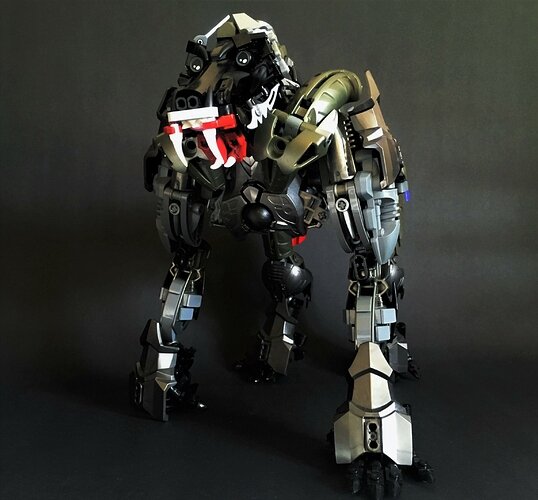 The West African Drill, also known as Mandrillus leucophaeus was thought to be extinct until the mid-90s, when two populations in Nigeria and the island of Bioko were discovered. They are still listed as Endangered according to the IUCN, though this is an improvement over their Critically Endangered status just a few years ago. 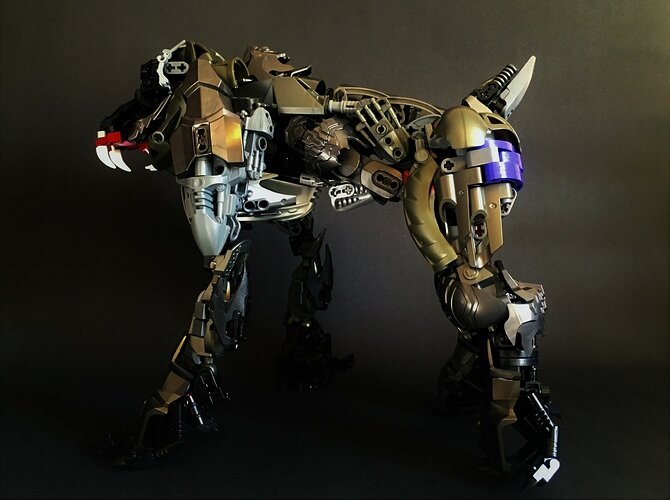 This was a species I studied in-depth at university and had always wanted to make a MOC of, though it wasn’t always intended to be a realistic take on the animal. 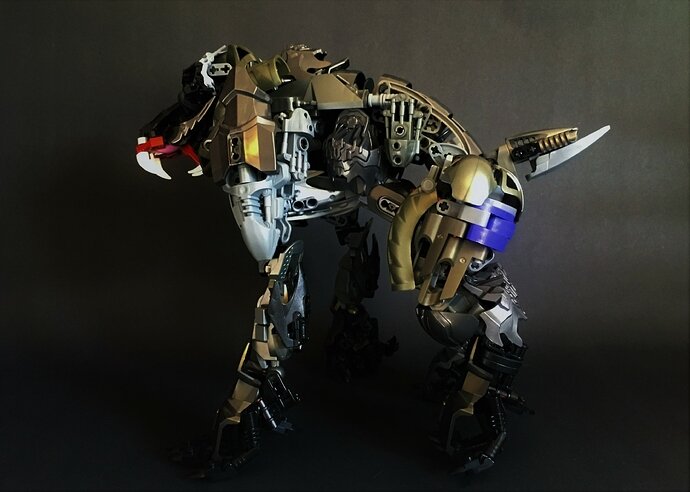 They had become the embodiment of stress and anxiety for me as the project concerning them was a struggle amidst a lot of other problems I was going through as a student. Something about the black and red colouration, the massive fangs and the almost human appearance mixed with traits more common in dogs and lions put me on edge. 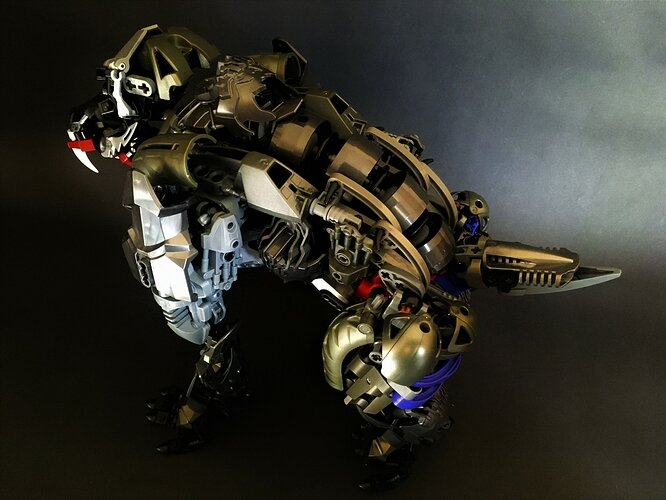 Several folks on Discord suggested I not build a full body and just have the head leer out of some foliage or something, but I really wanted a full MOC… nevermind the fact it quickly ballooned into one of my largest projects with a tight deadline… similar to the feelings that first prompted me to build this. 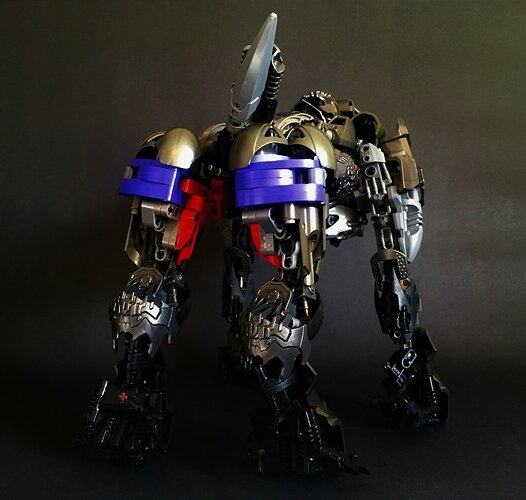 The MOC features articulated hands that can double as feet, like on the real animal, as well as a mouth that can almost close and a flexible spine. The blue parts on the backside are the violet colour from the 2002 Jango Fett set. 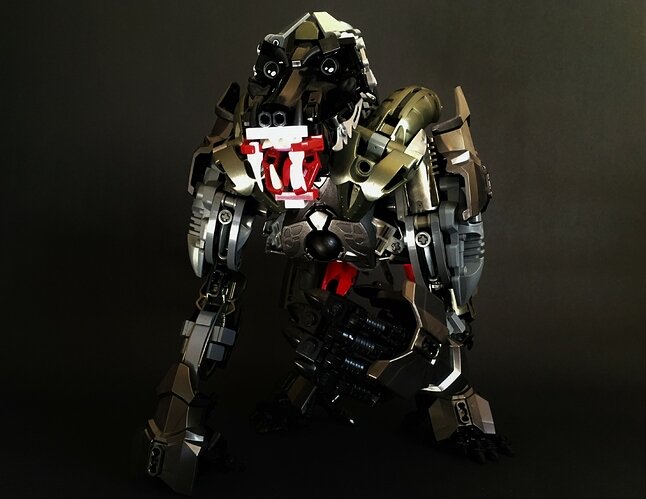 Overall it’s one of my largest MOCs, and though the hurried mixing of old and new dark grays and gunmetals definitely didn’t help, he got me through to the next round. 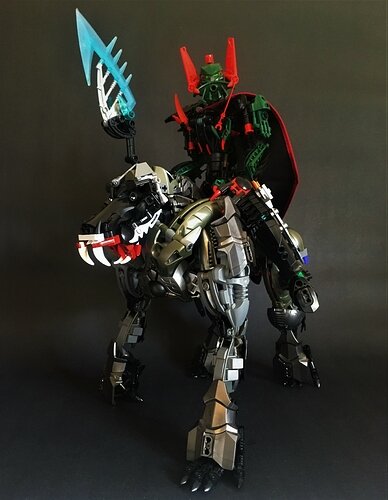 But seriously, this guy is way too big

If you’d like to support the conservation of the Drill species, please consider checking out the Pandrillus Foundation or on Facebook. Their work is bringing this species and others back from the brink in a very dangerous region of Africa, and they need all the help they can get.

Wow, this si awesome! You even managed to make the purple butt! Really realistic, yet with a really mechanical feel to it.

The whole MOC is awesome, but the head is definitely my favourite part.

The purple is out of place 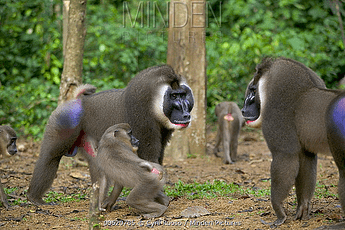 Purple buts… nature is a strange one… points for accuracy?? I guess