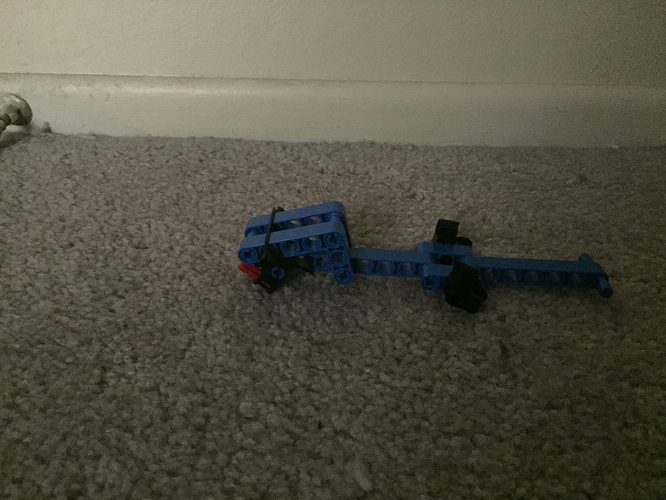 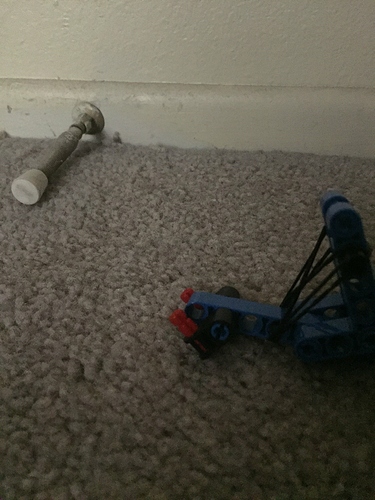 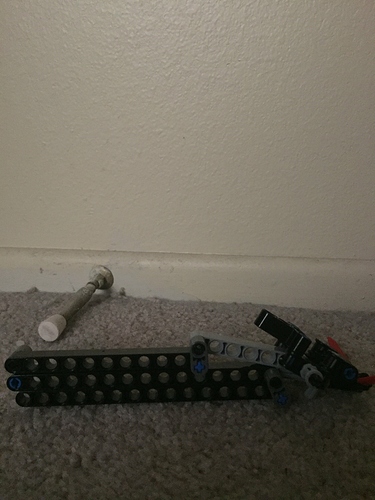 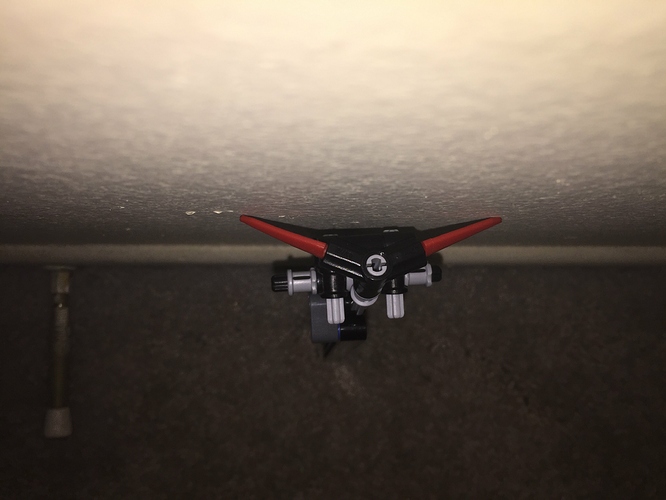 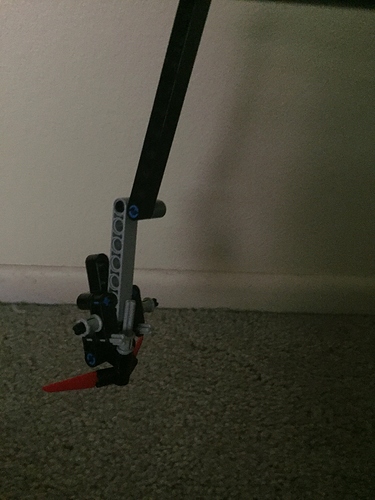 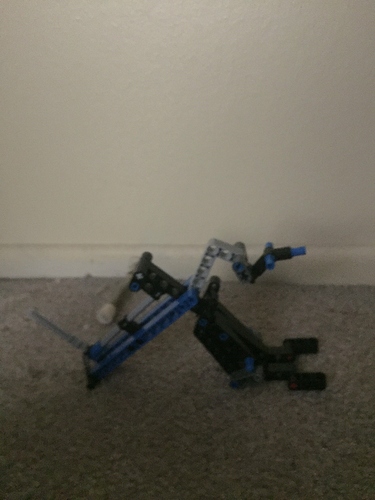 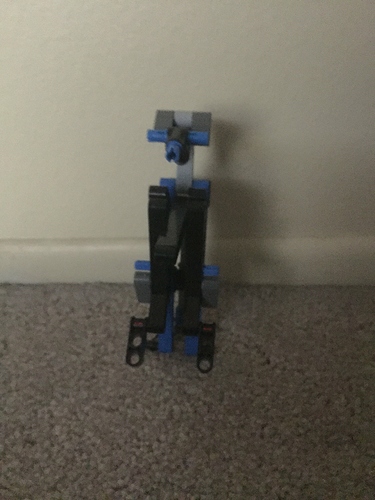 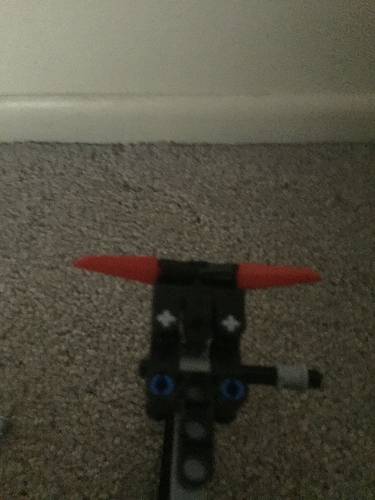 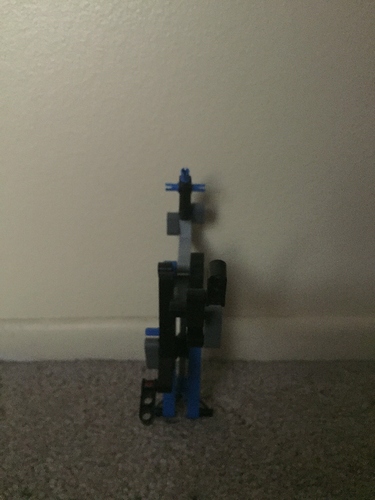 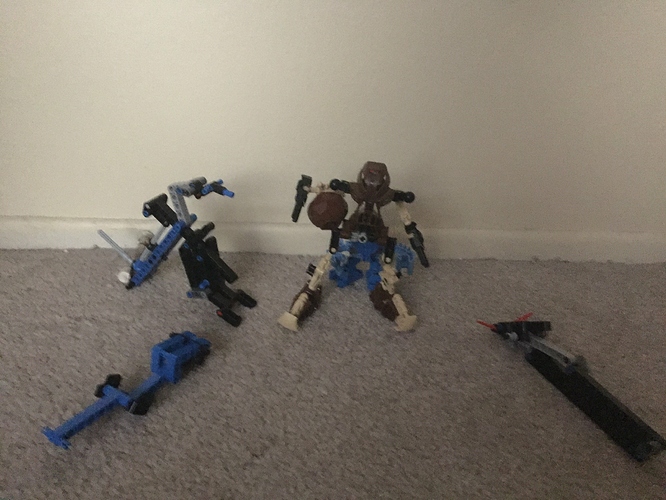 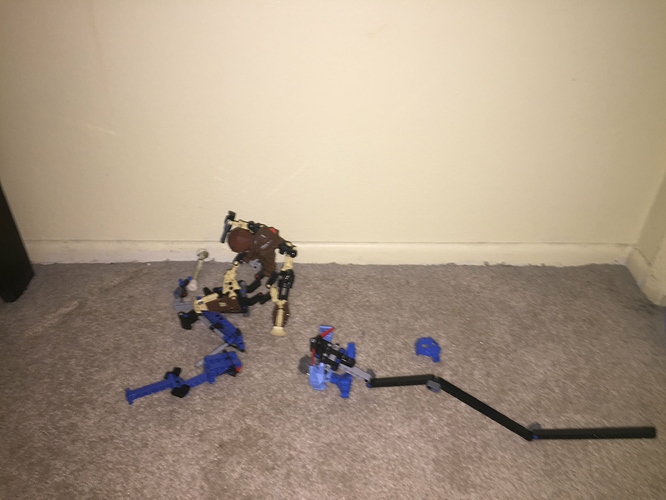 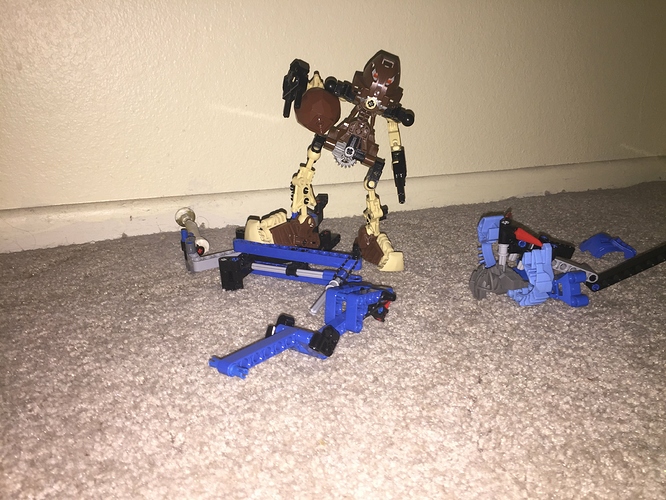 Rahi that live on mata nui. Their ancestors all came from Sphereus magna. The nui shark is naitive to aqua magna. The Nui snkakes are almost all part of the order of mata nui and the nuiroo are related to the tarkava in some way. The nui snake launches itself at its prey and the nuiroo punches its prey. The nuiroo, nui snake, and nui shark all eat matoran though. Nui snake rarely do this though.

They look like clumps of technic. Maybe use mixel eyes or use ball joints.

I made these in 2016 before I joined. And they were supposed to be almosed pure tencnic

This is just a mess of technic

They at least have “functions”, and I had never really worked with technic before. 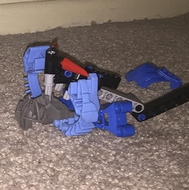 rip maku (Also i agree with other that this moc is clunky.)

Maybe I should have put Takua where Maku is, or jaller or matoro

Alrighty. I’m going to give my thoughts on each of the shown MOCs and a bit of advice to try to help you fix them up.

Nui Shark:
Although the expanding jaw is a neat concept on paper, the actual gimmick is a bit lackluster in its current form. I would suggest going through other LEGO models that have such a function and rework it to accommodate for this rahi’s size. As for the rest of the shark, “unpolished” is probably the best word for it. It sort of resembles the base of an '01 rahi without the extra shells, armor, and weapons that give it more substance and girth. This ultimately leads to the MOC itself lacking the necessary details to make it clearly look like a shark. A little more work could really assist in making your model look like the beast it’s based off of.

Nuiroo:
I would definitely consider it to be my favorite of the three, but the Nuiroo is still rather messy. I’m not too sure on what the gimmick is due to your post lacking any sort of video or picture that shows the audience what it does, so I will just skip that for now. My stance of the rest of the MOC is similar to the Nui Shark and can be described with the same word I used previously, “Unpolished”. Everything on the Nuiroo sticks out unnaturally and makes the rahi look inorganic. In fact, it resembles a machine like the Boxor more than your everyday rahi creature. If you’re set on creating a kangaroo-like MOC, try looking at pictures of the animal on Google or a similar search engine and start shaping your creature around them. Reworking it to a suit like the Boxor or Exo-Toa might be another path that could suit the Nuiroo just as well. Another point I would like to bring up is the color of the rahi. Now the black, gray, and blue palette worked well with the Nui Shark since they’re colors that could appear on sharks in our real world. However, they do not accomplish the same feat here. I’m not trying to say that your MOC has to be based off of their real life counterparts completely, but the addition of similar colors could make those viewing it to create the link between the Nuiroo and kangaroo quicker.

Nui Snake:
It’s simple, but kinda effective. Your average onlooker could see it and say “yeah, that’s a snake”, which is somewhat important. However, and I feel like a broken record whilst saying this, the Nui Snake needs to be polished. The head is the best out of the three, although that’s not saying much. I liked the use of the red spikes as eyes, but without anything substantial behind it to make the head look like a head, it ultimately falls flat. I would recommend reworking it to include non-pin teeth and some extra meat. The body of the snake feels too skinny, even for the very animal it takes inspiration from. Some extra beams might help this current version, but I would recommend taking apart the entire thing and trying out some other designs.

Camerawork/Bios:
I’m not too familiar or great at both taking pictures or writing the backstory for MOCs, but here’s bullet points points I’d recommend hitting:

These little guys have a lot of potential, but you’re going to have to heavily redesign them to meet said potential. I hope this helped. ; )

Thanks a lot for the advice.

I take my photos with my I phone 6