I heard about the Po wahi Raiders and thought that every region should have it own “special” culture thing.
(Mad max type of boats in the desert with cannons, I find that a great idea) 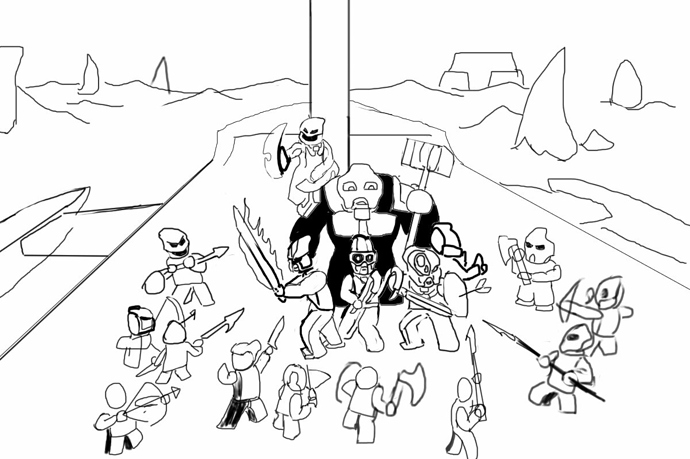 blob.jpg1200×800 176 KB
Fire region would have Lava surfers, bandits/outlaws that use the lava ways to surprise and assault targets. (Bikers style).

Ice region would have a group of specialists that reside at the peaks in small temples training with all sorts of weapons. and climbing the mountains and extreme peaks. seeking a spiritual balance and tries to unlock their “TRUE” elemental powers(, of course they never will due to the 7 toa rule…).

Water region: would have people that live underwater, in g1 air pocket seaweed houses.
Fishing and tending to the ruins of the sunken cities that once was above water. selling relics and things they find in the ocean to land people.

Earth region would of course have its candlehead cult ( Esoteric Order of illumination)
Seeking knowledge within the earth… but also precious materials. Leaving the temple cities of the earth region for the deep dark caverns of inner earth. 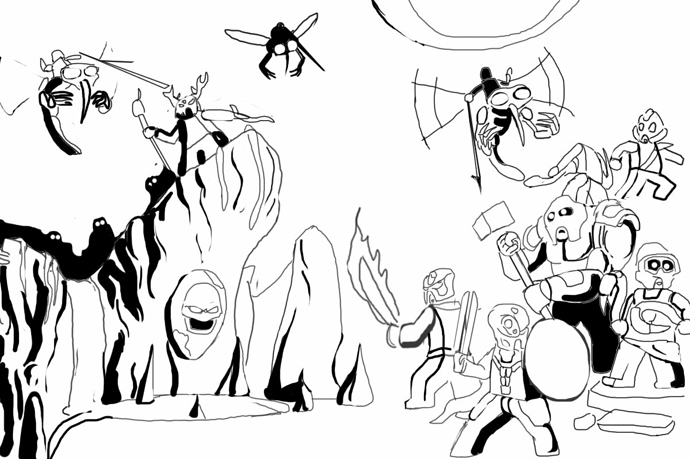 blob.jpg1200×800 208 KB
Being the most hard core matoran there is. (and not entirely female either)
Valuing skill and cunning above all.
(My canon so far involves, some of the toa being from these sub factions)

Well… I am working on concept art for all these ideas… I just need time. But I think i should throw these ideas out here.

I want this. This sound awesome.

And if I could add anything, I think that the leaders of all the factions should be grumpy old Metrutoran.

This seems pretty cool. Maybe if the “civil war” idea goes through, these factions (there are probably more than one per region/tribe) could work as the kickstart for the conflict, like gang rivalries (candleheads go to war with those who want to embrace the surface world).
And also the Candlehead idea is just plain awesome if a tad bit of a meme.

But… I already made concept art for (some of) these.

JK, I like your thinking, but I feel there should be more than just one per region, nor should each have equal ammounts. This would add a layer of realism to Artahka.

You almost got me there… NYEEEEEEEEH

Hehe, I want to make more but I need to find some what good ideas…

I have been thinking of secondary ideas but these are all i got for now.

And can we forget the Komatoran cult of the Matoran Security Assiasion.(watch the MMOG playthough to understand)’

I can only think of a giant scarab traveling nomads for Po wahi…
And Ga matoran club of a femenist like movement lol.-… but that will be… Unfitting (only as a reference to g1)

There could be a crime syndicate that is an aliance between two different regions. Like a Le/Onu Jungle gang that hunts from the trees.

These are neat concepts. There could also be like a Fire Region Warlord, who’s got a small army and wants to usurp the current leadership.

What kind of semi villan does not pull a Bonaparte and makes a coup.

Secondary villans will be great.