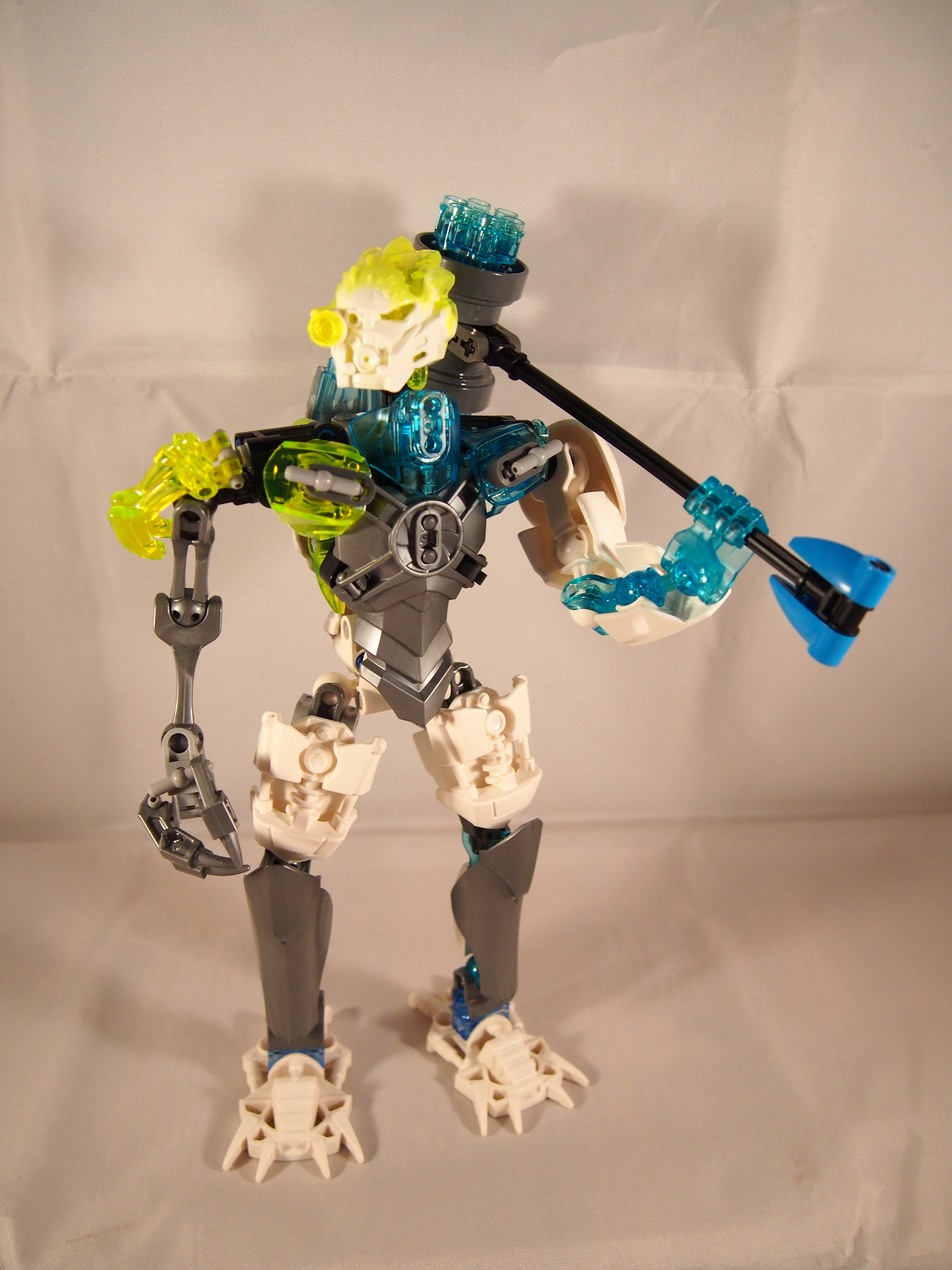 Matoro came from a far away island, according to him his village used to part take in the annual Hammer Flush tournaments back in the day, and after hearing the defeat of Makuta and his minions he was sent. His appearance at first sight caused unrest among people of Okoto. His skeletal arm and green glow unwantingly reminded us of Kulta and his fellow skeletal friends. Though he assured us he has never heard of Kulta, his story to explain the arm didn’t make us feel any better. Matoro is something that on his island call a ‘spirit touched’ able to see both the world of the living and the dead. He can talk to those who has long passed away, even able to step out of his body to traverse the spirit realm but such ability comes at a price. The more he uses it the more his body decays and in the end forever will he be part of the world of the dead.

Well, this one has been on hiatus for far too long, not to mention it was supposed to have ribs on the decaying side, but that didn’t work out in the end, same with the chest, it was supposed to be with the hockey chest piece but that just didn’t work out with the CCBS torso shell. All in all I’m very satisfied with the out come, the torso’s build got pretty good in my opinion, so many small parts merged into one big component. This MOC is mostly made out of left overs from the Makuta combiner and the parts of the BZP raffle Jango Fett I won way back (along with another Hero Pack) among other things. 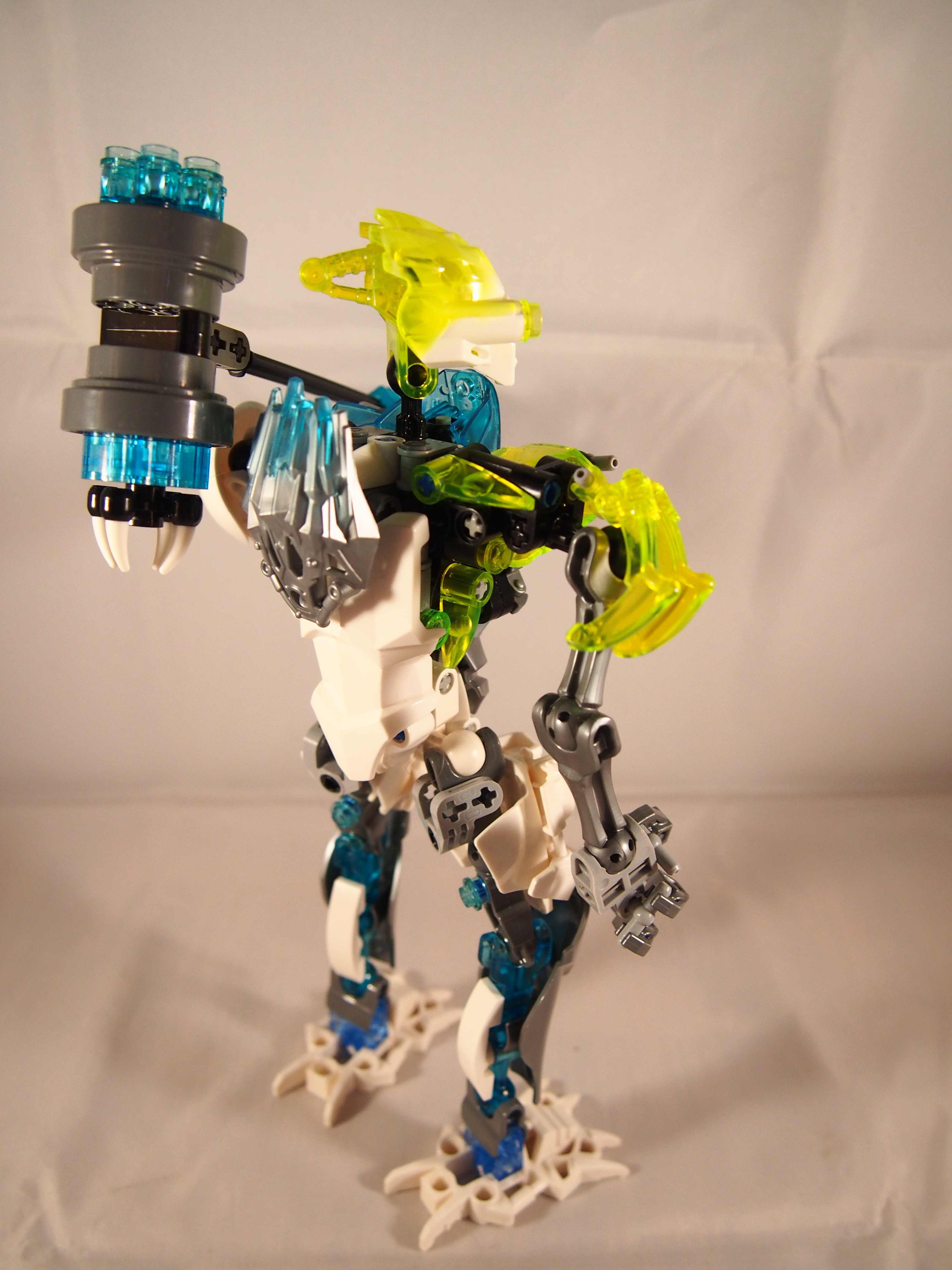 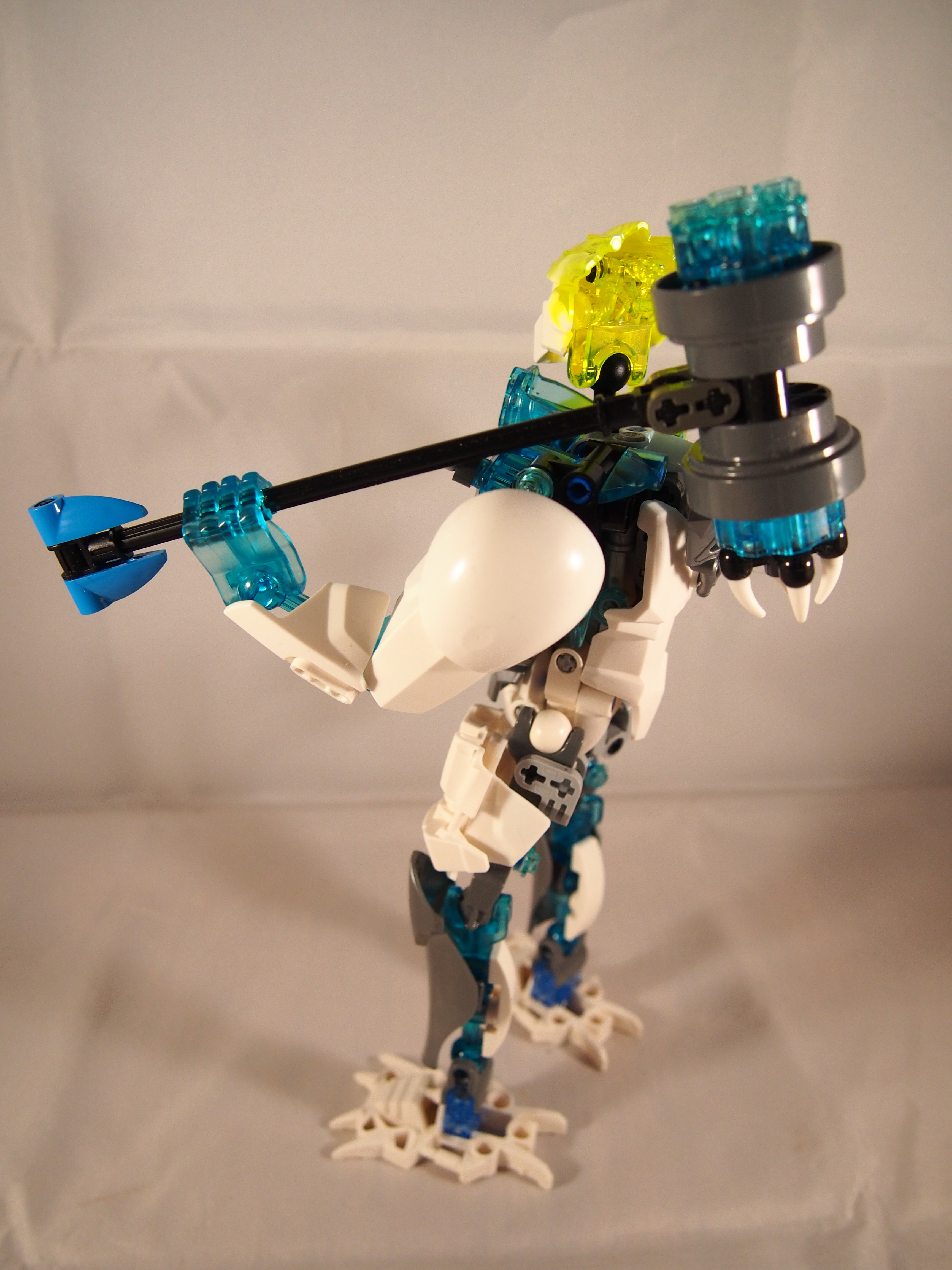 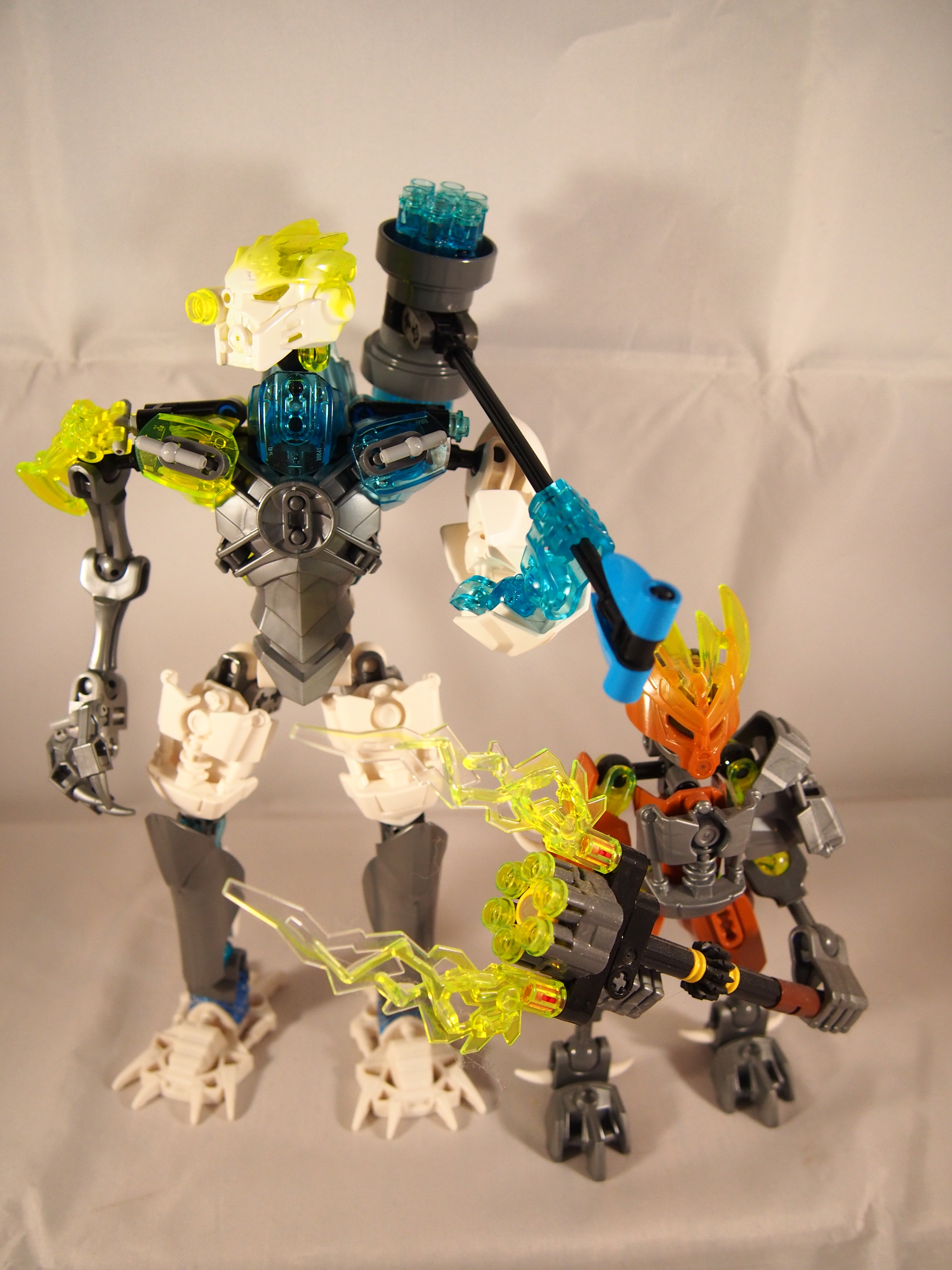 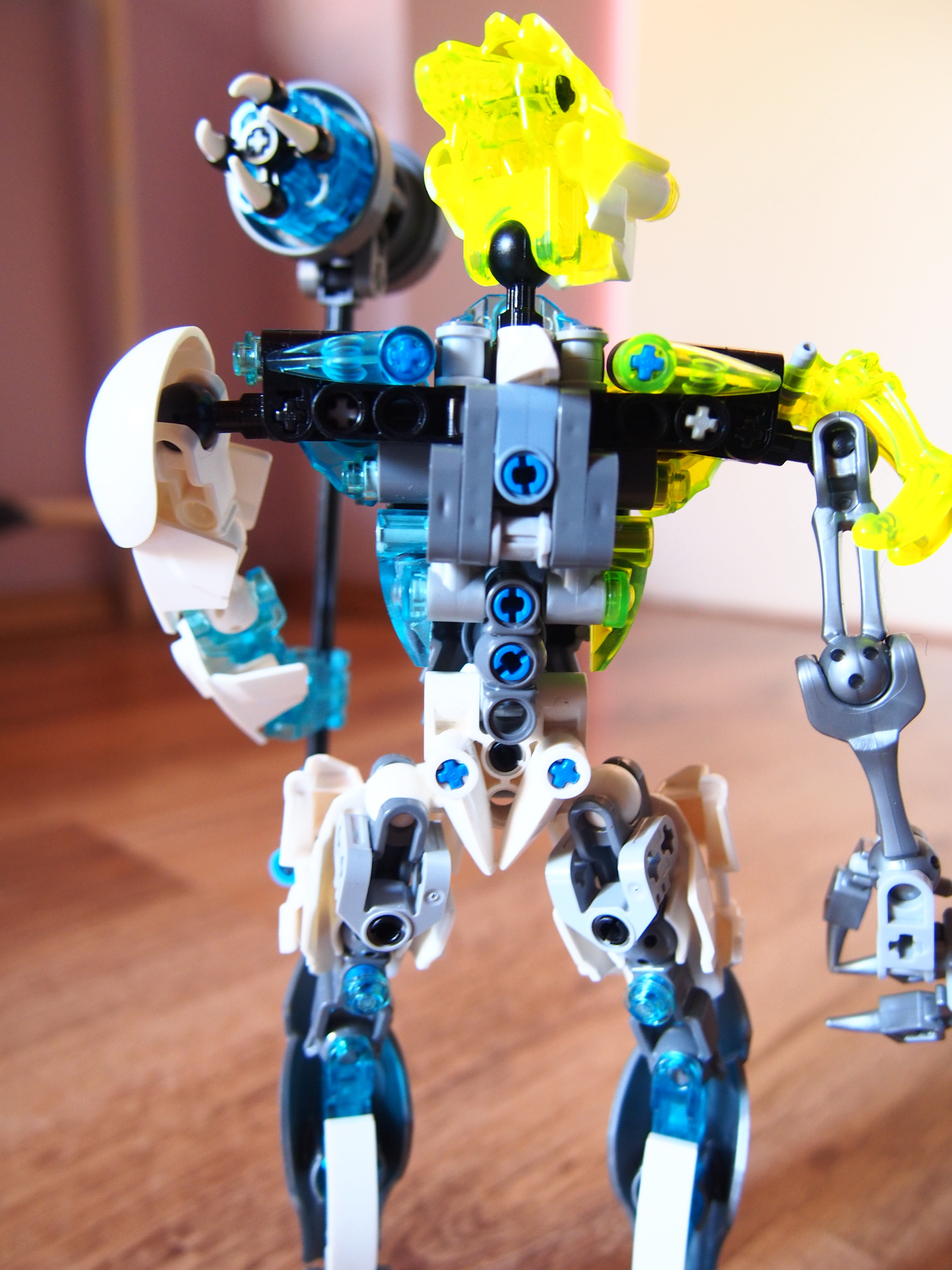 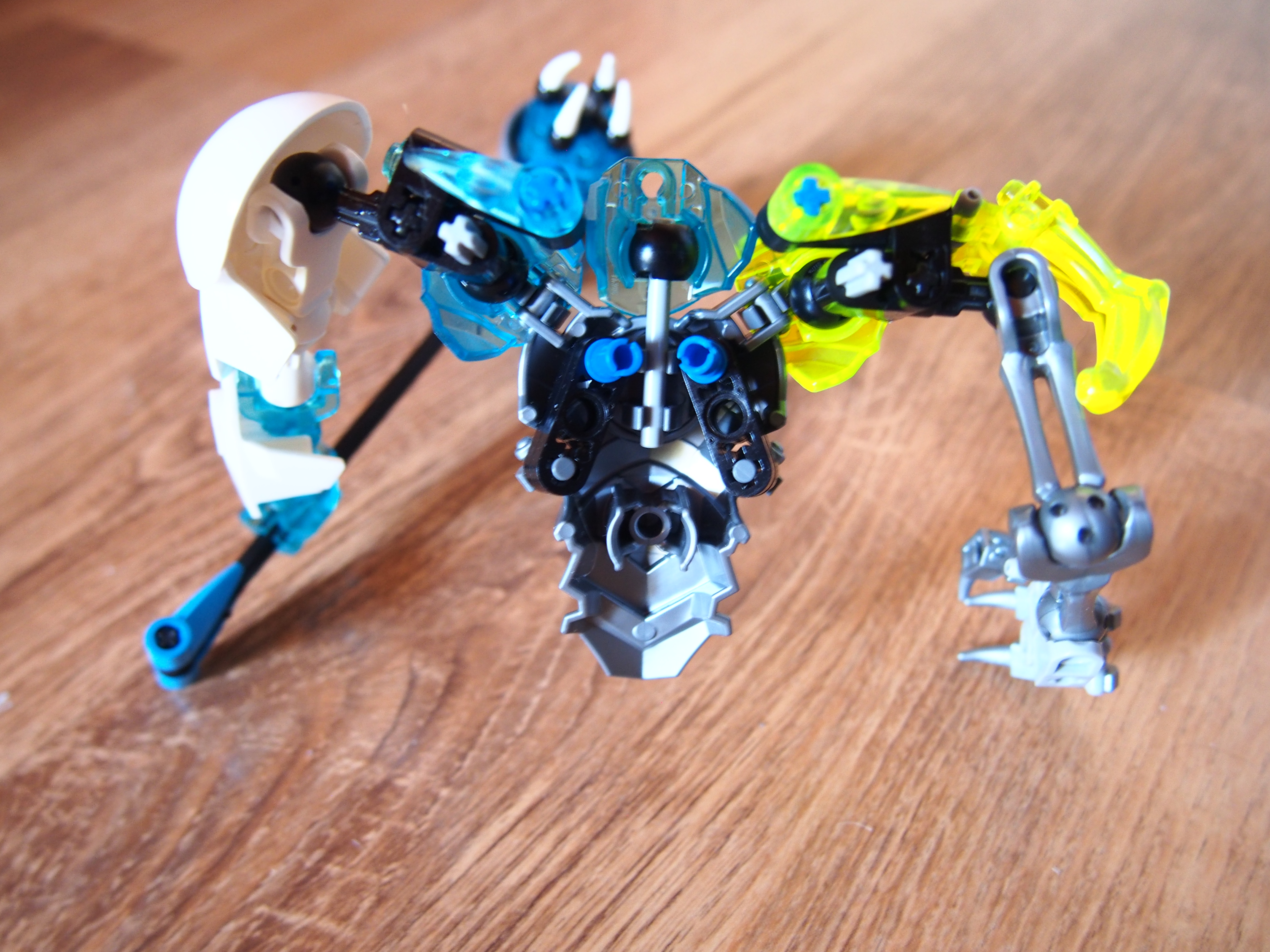 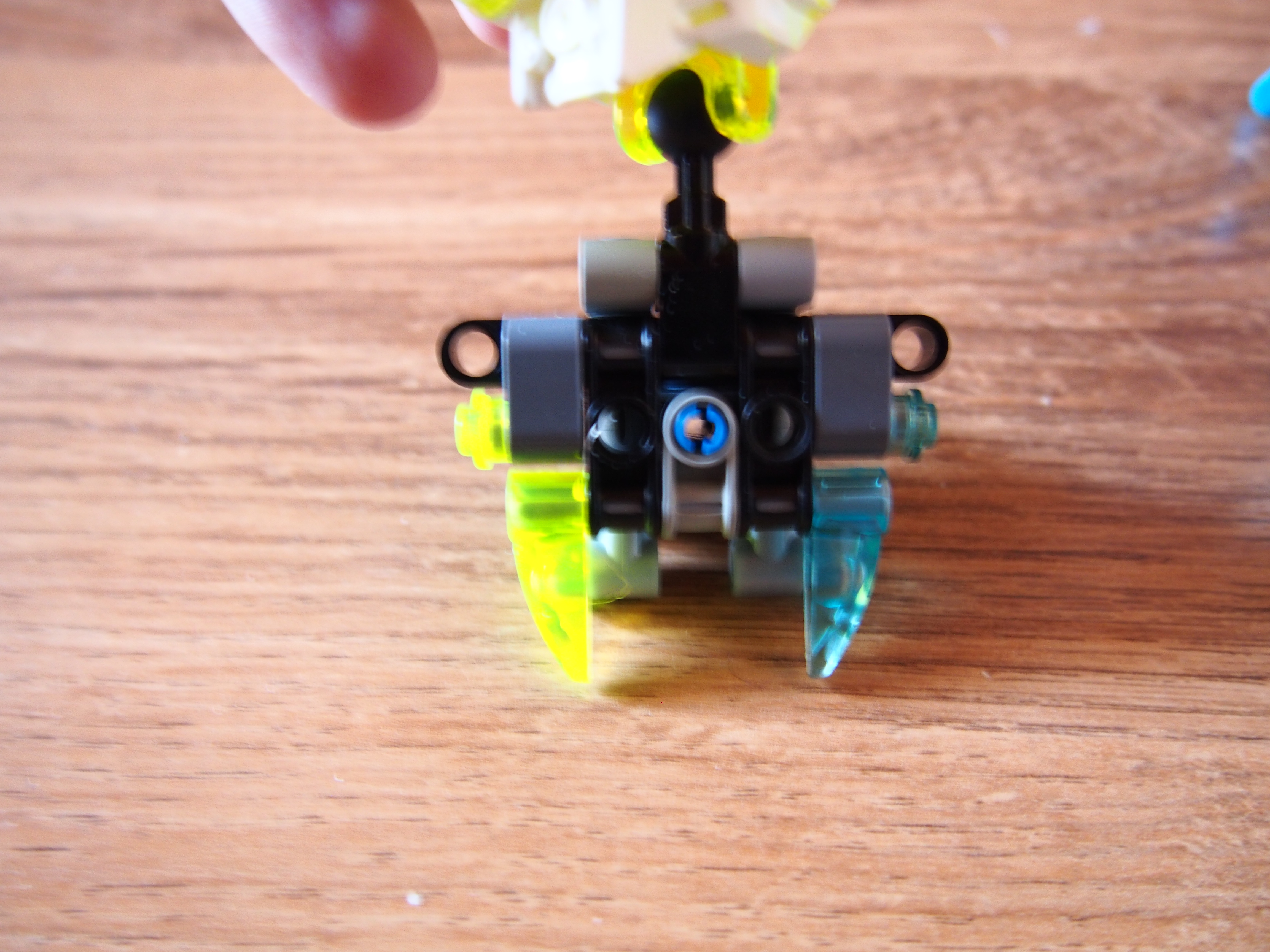 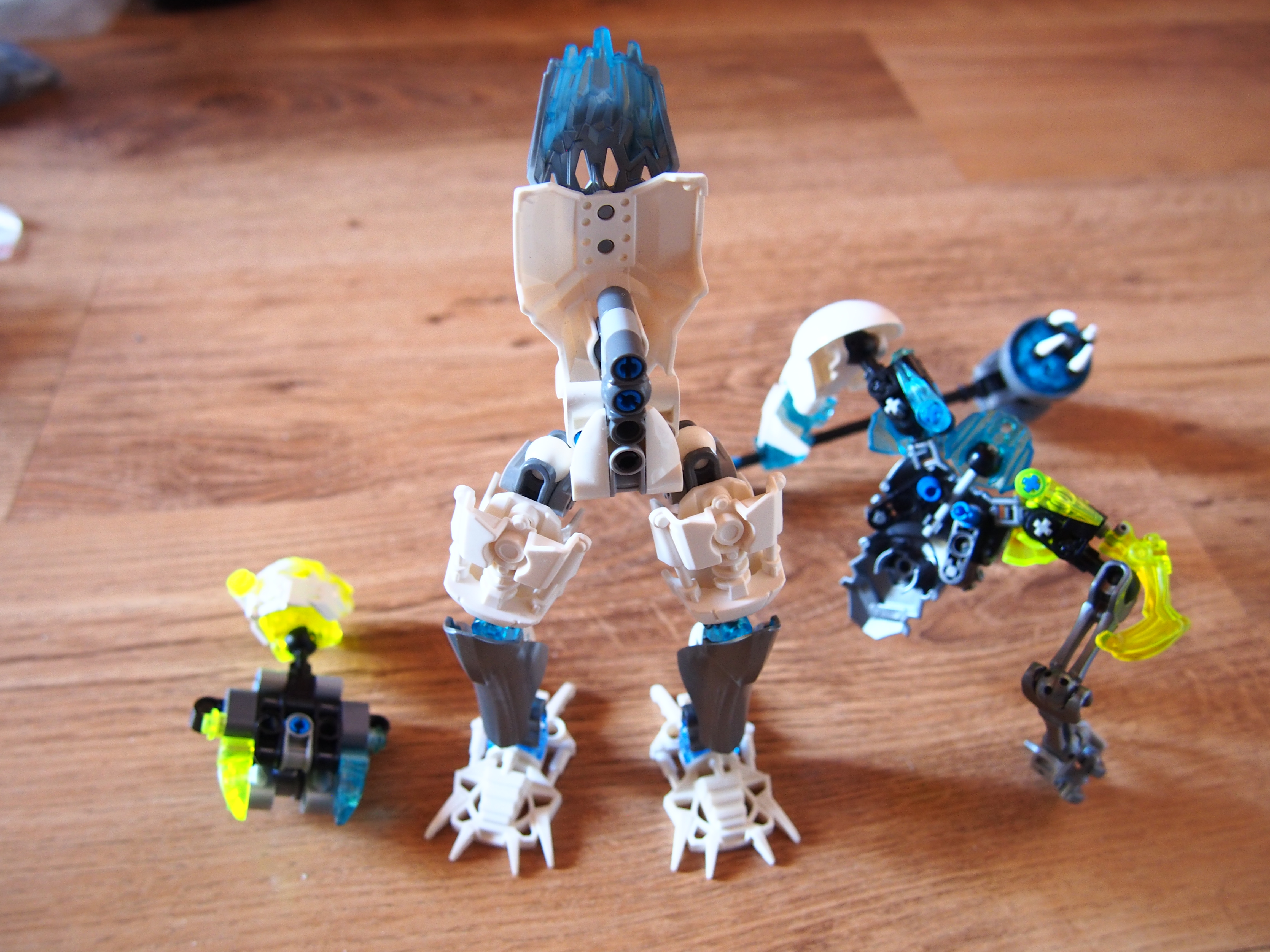 The neck is too long, and the one skeleton arms looks a little weird. I do kinda like the concept though.

The torso looks really complex, so thanks for the extra pictures at the end. I quite like the build, however the hips and thighs look a little too wide.

You do know I used standard sized parts right? The vahki hip piece is a standard width part, and the thighs are a little bulkier but not wide, Kopaka 2015 had wider shell pieces used.

You do know I used standard sized parts right? The vahki hip piece is a standard width part, and the thighs are a little bulkier but not wide, Kopaka 2015 had wider shell pieces used.

Maybe it’s just the use of the white 2015 armor that looks odd, because those parts are pretty wide.