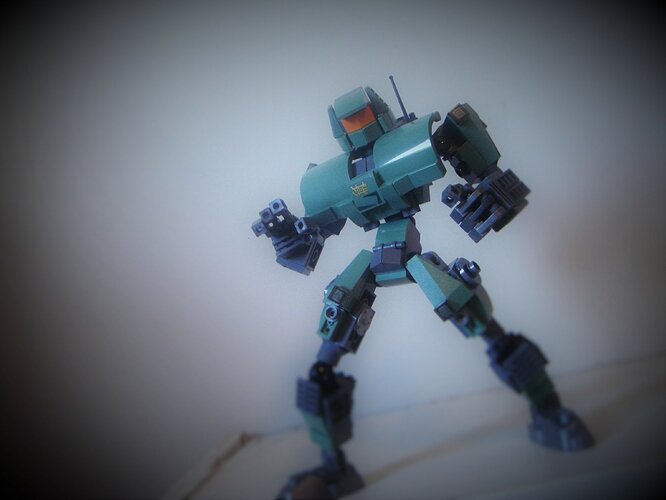 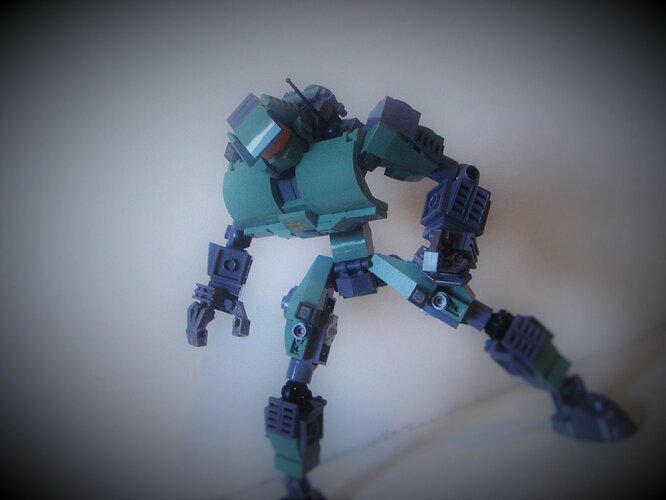 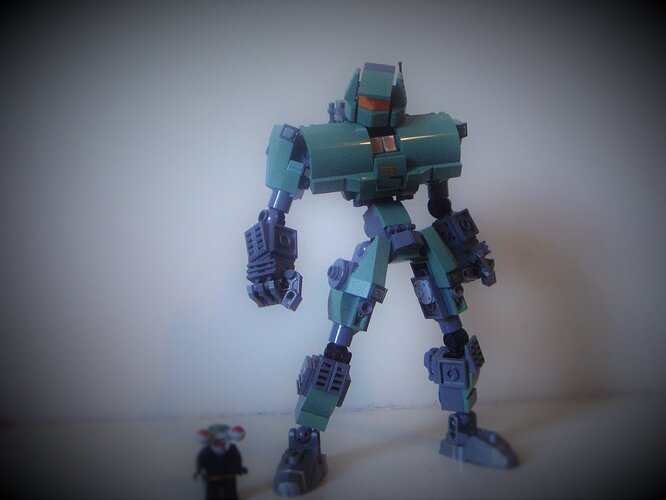 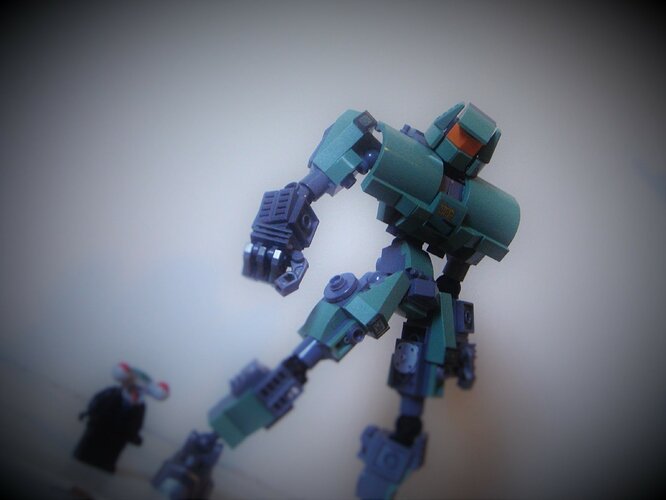 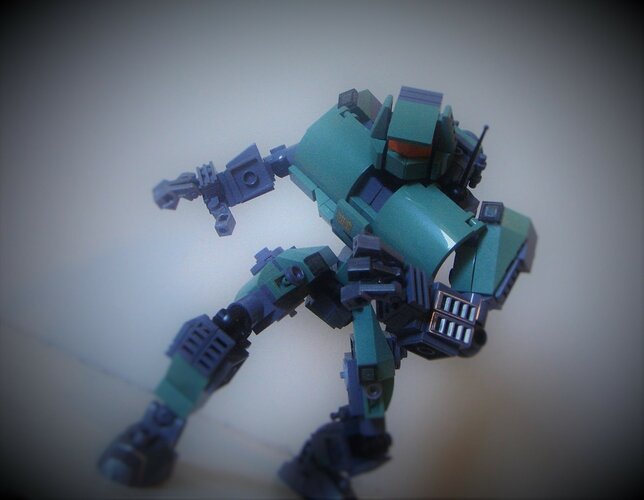 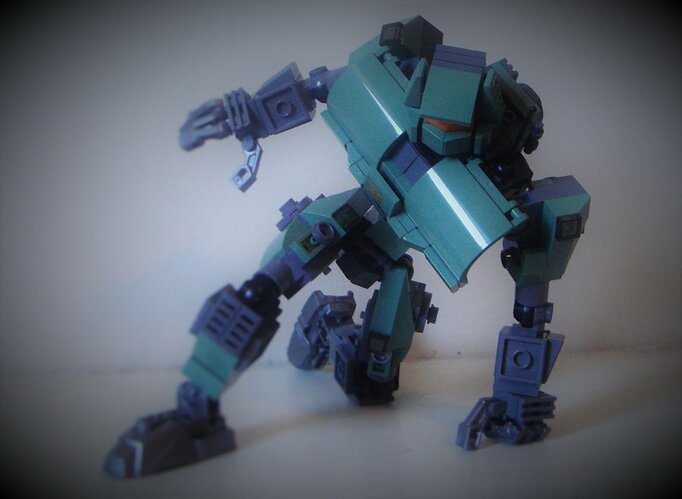 Nice use of the old knights kingdom joints.

Knights’ Kingdom used the ratchet joints, I think it’s actually some of the first sets that Ratchet Joints were used in. Nice moc, by the way. The green is really nice.

The pieces on the insides of the upper legs feel like they were slapped on, and a lot of the greebling leaves a bit to be desired, but overall it’s a very nice moc.