While organizing my parts I found several red and black peices and decided to update Mechpool into a more gundam esque looking body. Maintains all the posability of the first version just taller with more weapons now.

I destroyed the speeder I built trying to improve on it and that eventually turned into this mech design. Nothing really special here just a simple mech. [image][image][image] The swords can combine with a alt hilt into a bigger blade. [image] Mechpool vs my tank drones [image] He can store the swords but unfortunately not in the x shape. [image] Open cockpit [image] [image] Edit; I don't think I showed this off in the initial post but he has a 360 waist swivel too. [image] 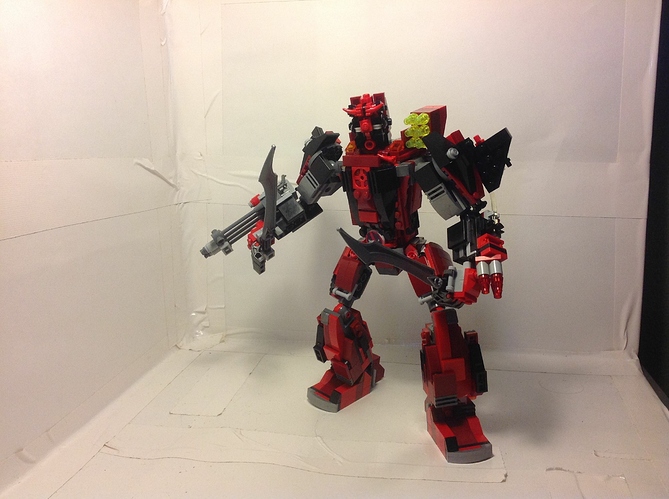 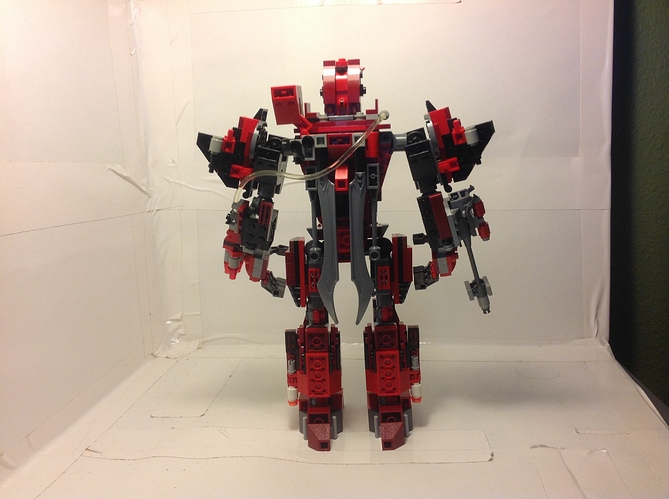 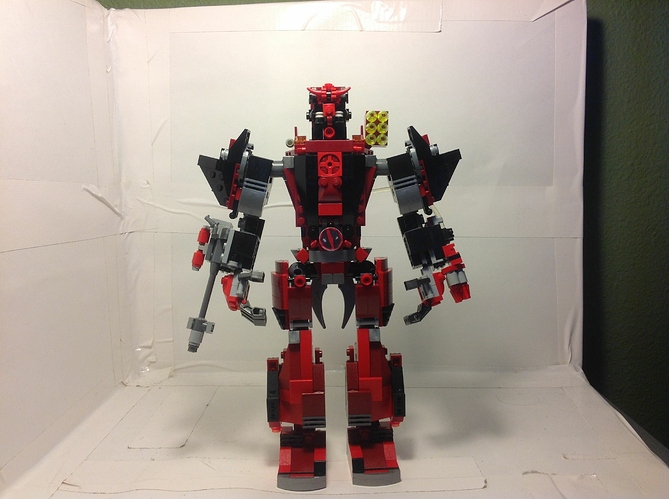 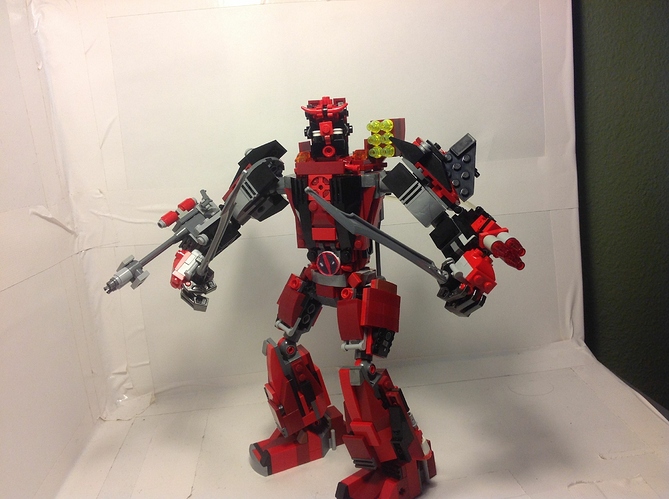 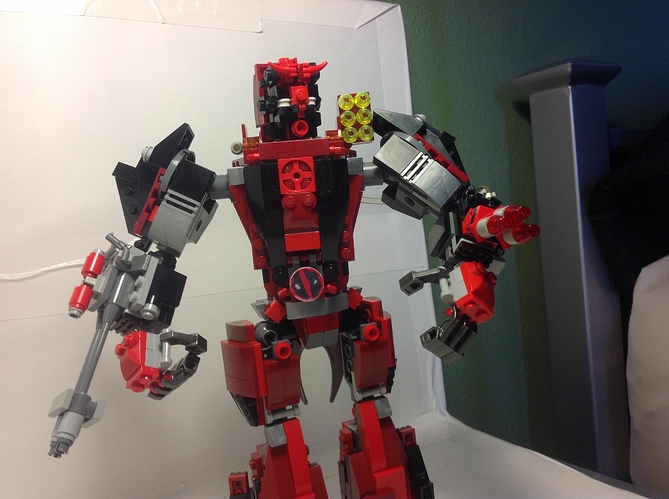 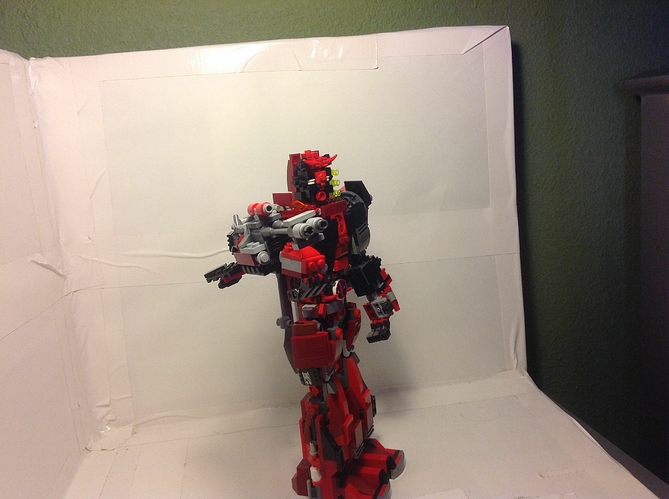 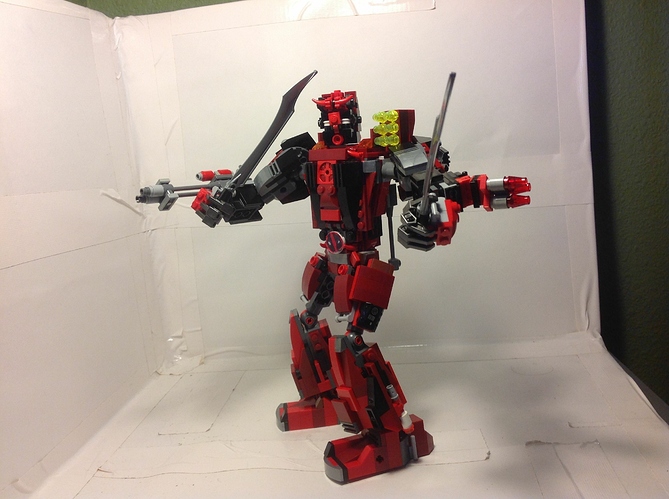 Open cockpit with actual controls inside. 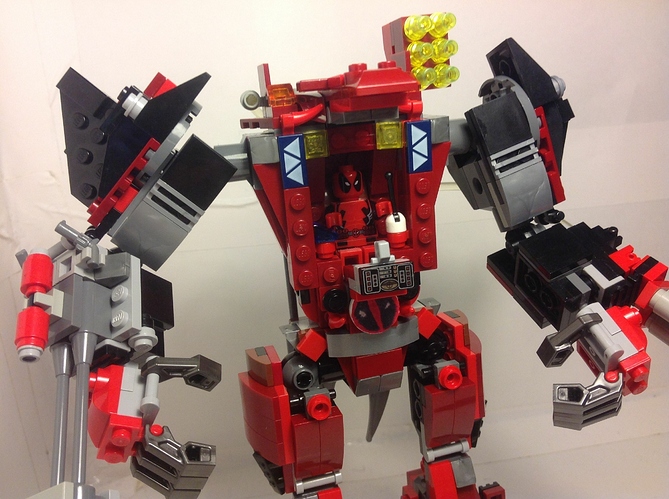 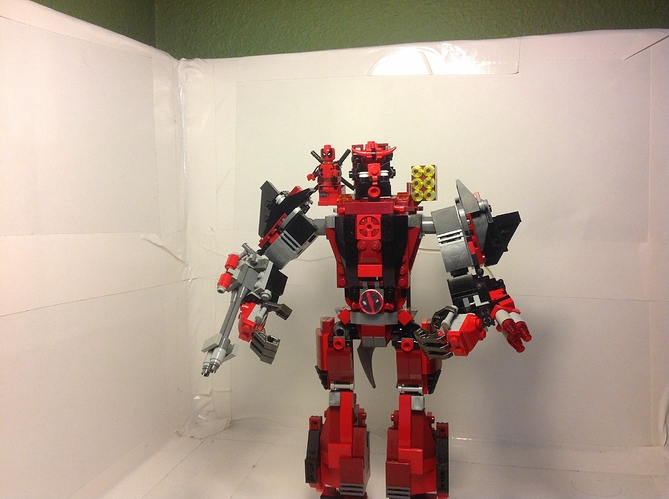 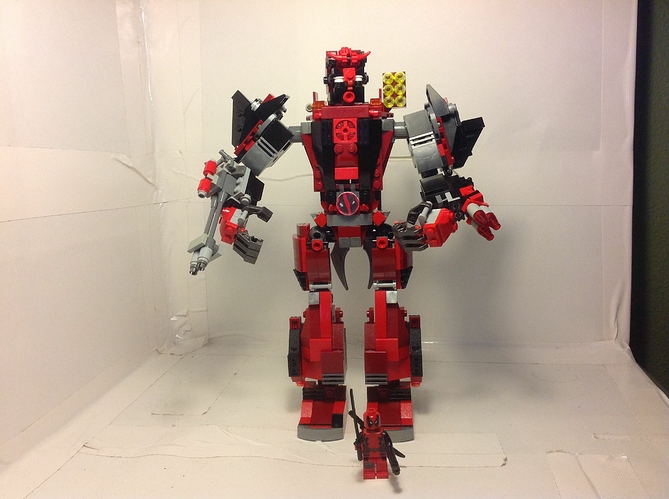 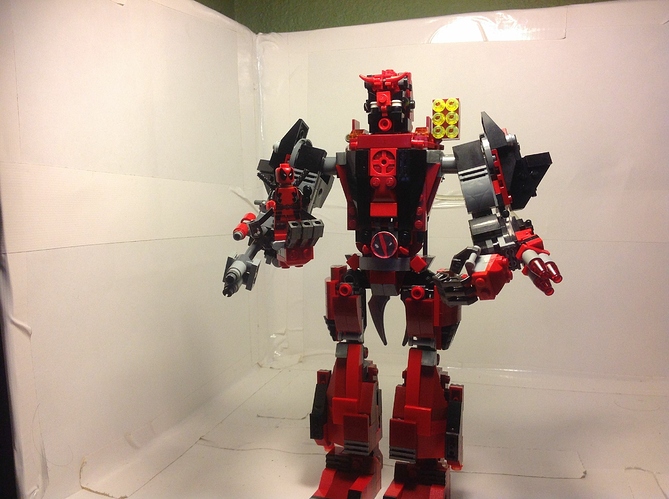 Im not sure what but something doesn’t seem right 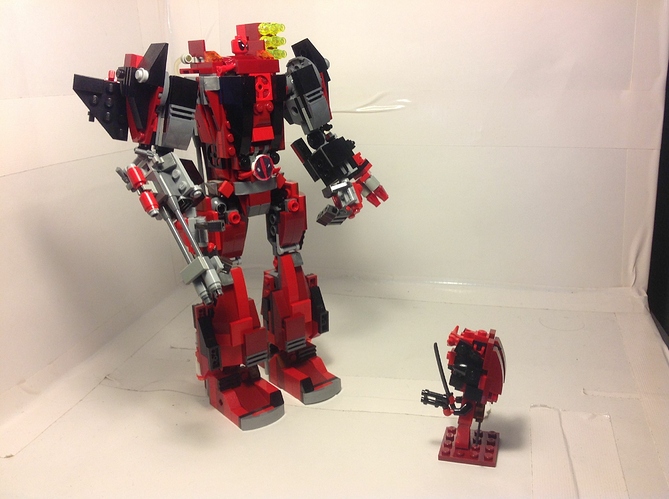 Shaping’s good, and the arms give off some sorta steampunk vibe. Of course, there’s that lack of SNOT that makes the MOC seem slightly cluttered, but otherwise, it’s pretty good.

Really, the only issue is the head. Something about it doesn’t give me a Deadpool vibe.

Cool.
The resemblance is improving.

I’m looking for FRANCIS have you seen this man 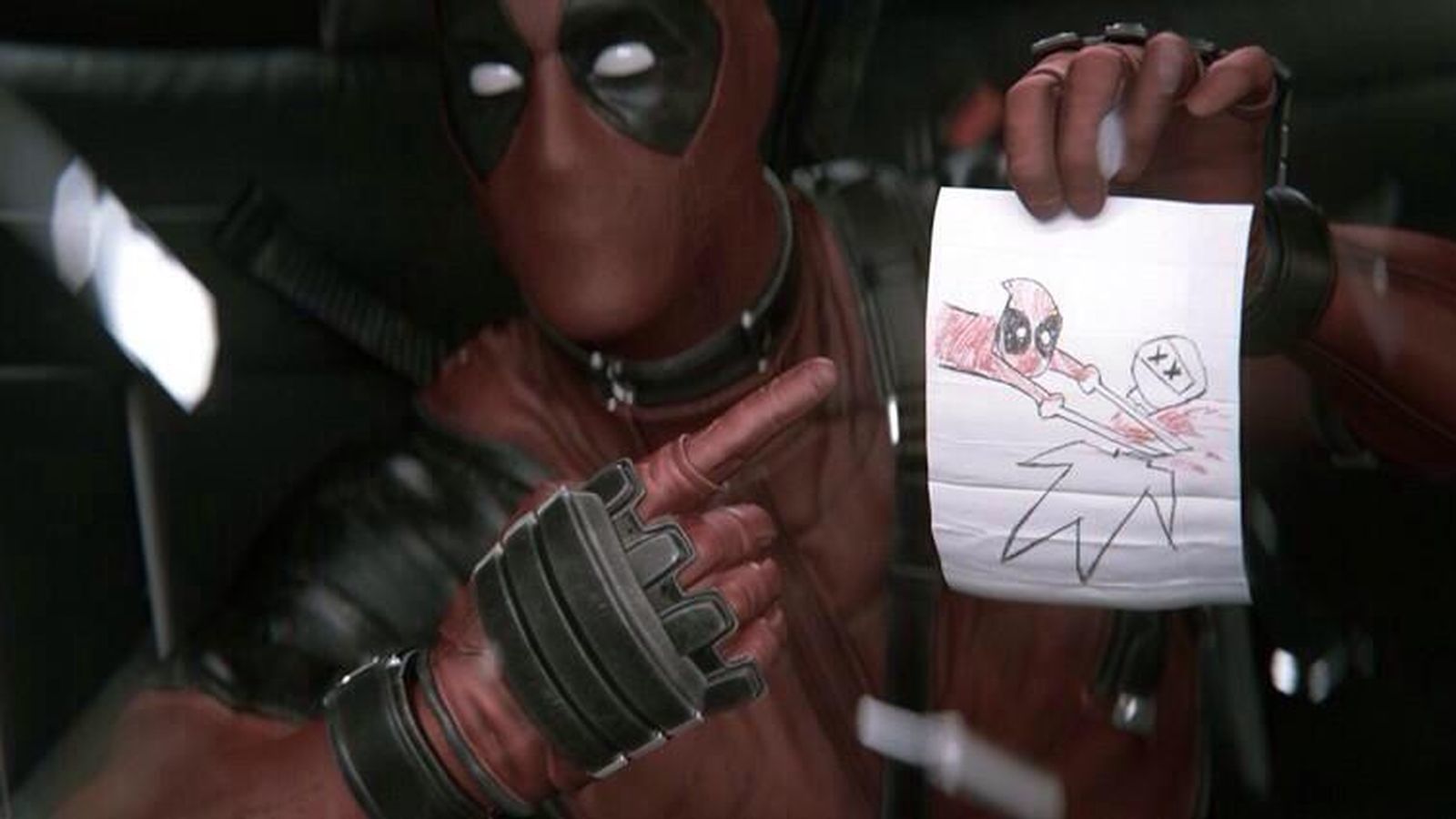 I really like this. It took a minute to realize that the head was indeed meant to be Deadpool inspired but once I saw that, the rest fell into place. Got the squinty white eyes thing down. Kudos to you.

Seems like a fairly standard mech bot, with the usual good articulation. Two arms, two legs, lots of guns, and even the two signature swords Wade uses to slice his enemies into pepperoni.
I dig the belt, and the fact that there are indeed actual controls.
Color scheme is delightfully consistent, though I almost wish that the missiles on the shoulders were another color? Then again, they kind of work with the MechPool (amazing name by the way), and if you really want to look that deeply into it, they do kind of look like one of the yellow narration boxes Deadpool talks to himself with in the comics., plus the yellow gives me another reason to look up to the head.

Like this a lot, but I’m going to do my best not to erk the pilot. I like my arms on my body, thanks.

This is quite a neat mech you have here, I like it.

This is amazing!
9999/10
Though, if Deadpool has a mech like this, I am worried about weather or not the universe will survive.