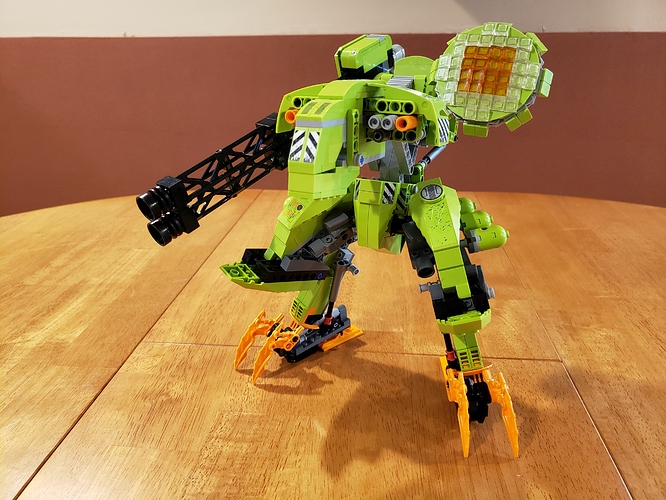 Here is Metal Gear Rex. I built it using parts from the Lego power miners theme, hence the orange and lime green.

Metal Gear is a nuclear equipped bipedal tank, from the series called… get this: Metal Gear. Now I’m not too familiar with the Metal Gear series but since it is

The similarities to another series I like, ahem, bionicle, probably explain my interest in it.

I started this build almost 2 years ago, but never finished it, with only the head and legs built. Until this week when I decided to complete it. My original intent was to make Metal Gear Sahalanthropus, but I am running low on pieces and this thing is already unstable as it is. In terms of accuracy I wasn’t too concerned about a lot of the details, just the more recognizable parts like the head. It could probably use a bit of reworking to make it more stable and more model accurate, but for now this is how it is. For reference here is a picture of the actual Metal Gear. 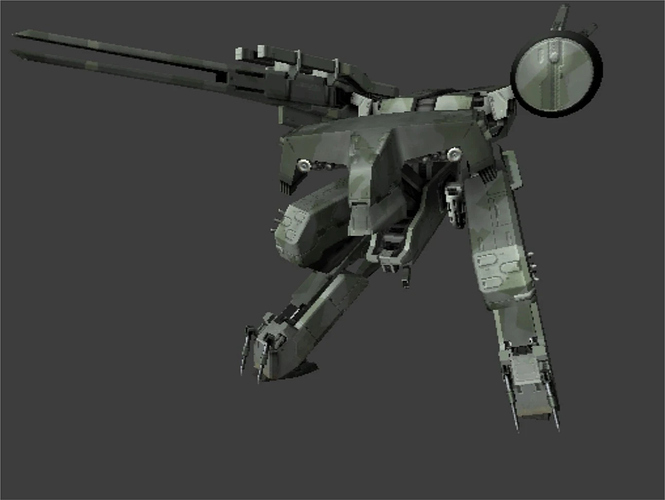 Here are some other poses for the moc: 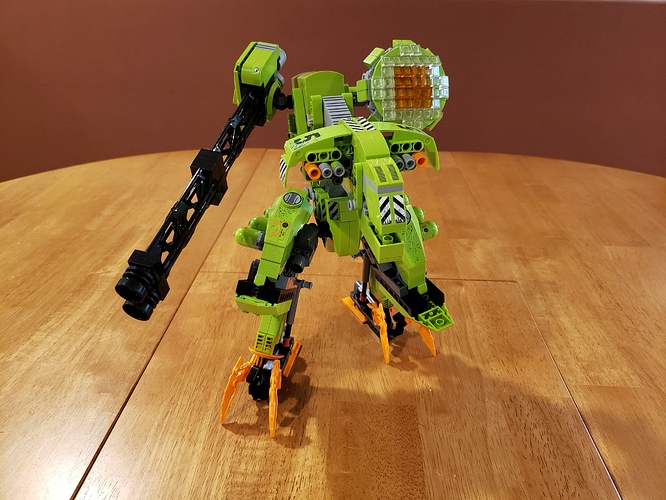 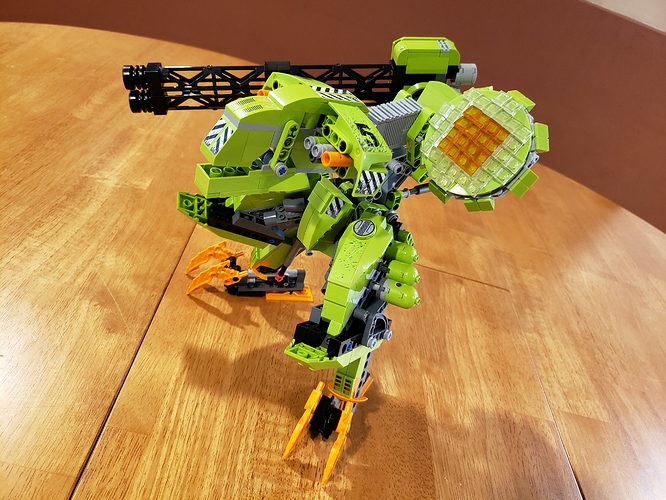 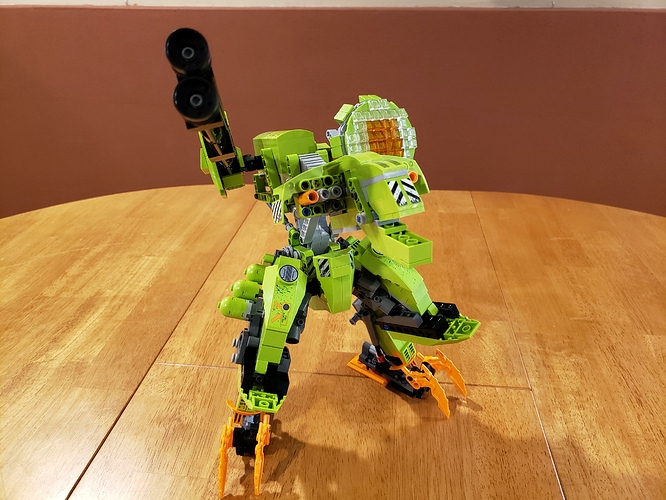 Break down of parts: 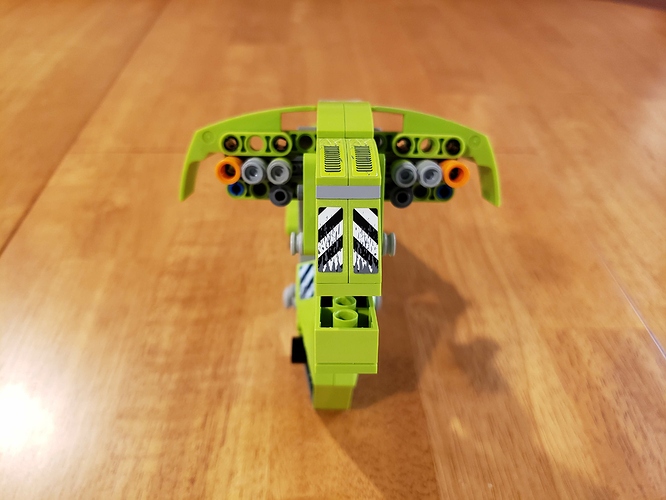 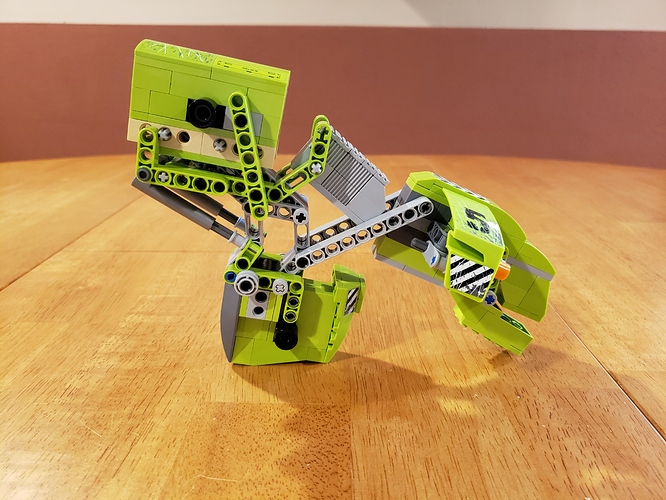 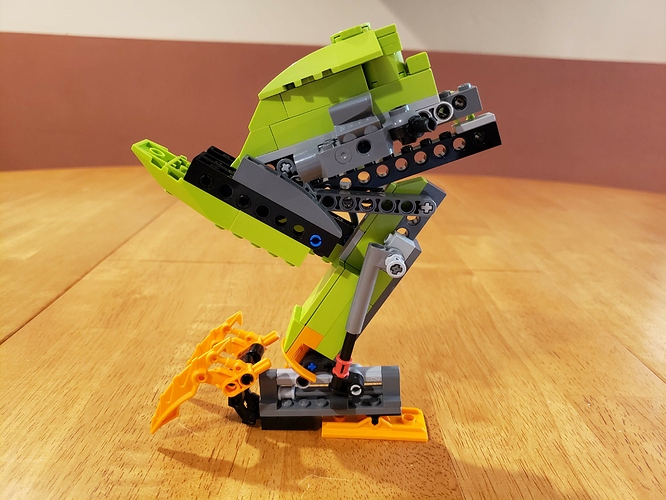 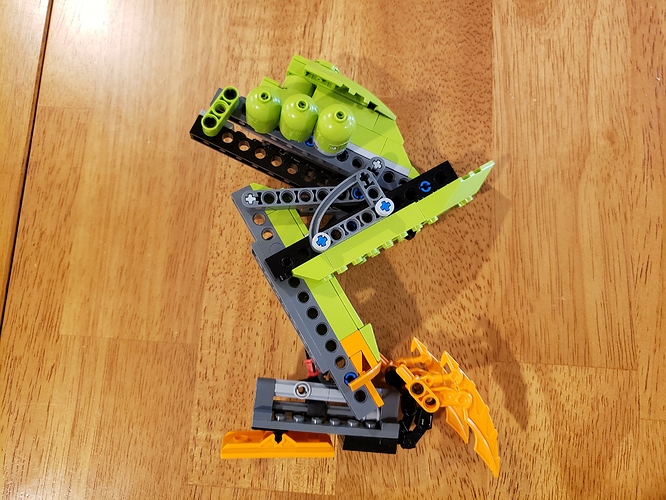 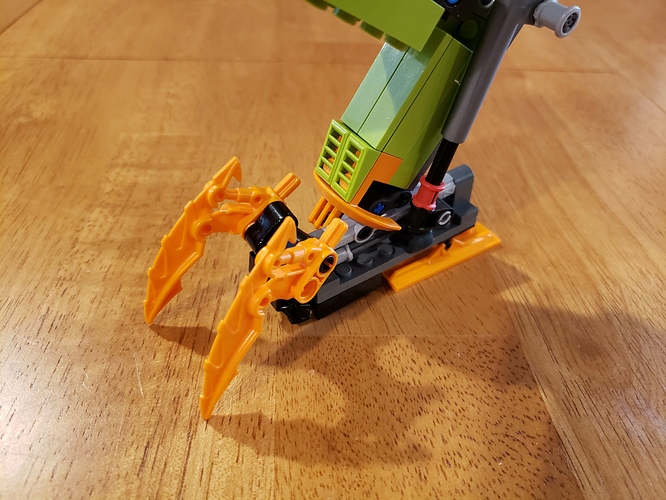 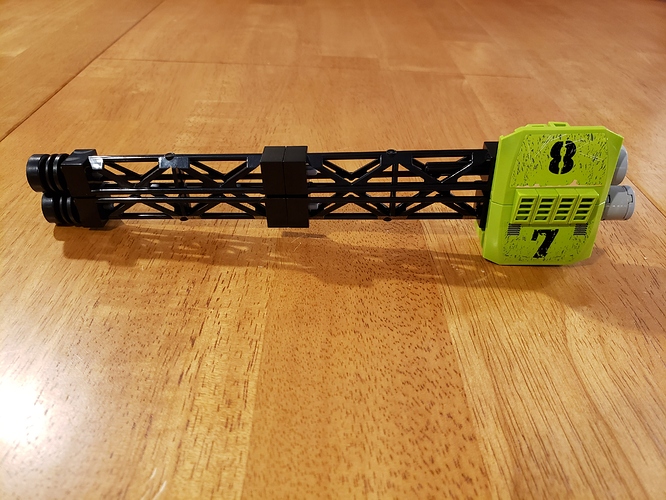 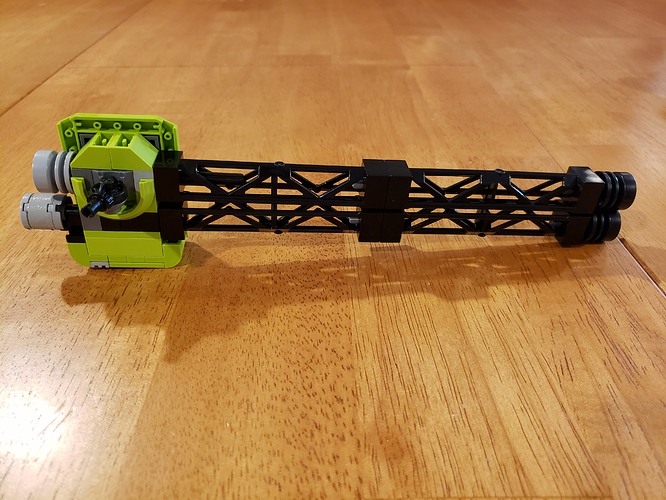 If you want to take a deep dive into the lore here is the wiki: 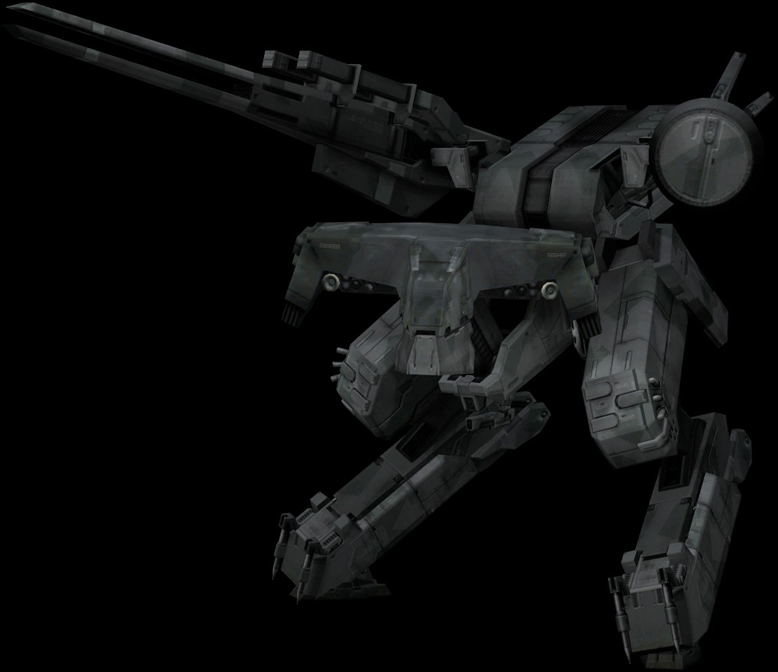 Metal Gear REX was a Metal Gear prototype that was jointly developed by DARPA, ArmsTech, and Livermore National Labs for the United States Army in the early 2000s. In the early 1960s, Soviet scientist Aleksandr Leonovitch Granin created designs for a...

I dont know nothin about the metal gear series but OOH she’s purdy.
I love how you translated the original into LEGO, this is really well done

I think you should add a bit more orange, but otherwise, this is very nice!

I thought it looked good on first viewing, then you showed the source material and wow, you really got the proportions down!

Yes the weapon to surpass metal gear is… another metal gear, or maybe its a parasite? or is it a computer program? Whatever it takes to fuel that thirst for revenge.

Yeah that could look good. Perhaps I could redo the radar dish with orange, and add some on the rail gun. To me the radar dish looks a bit plain, so maybe that could spice it up a bit.Thanks for the suggestion

Very accurate while at the same time just a bit better than the original.