Metro is both; books and games 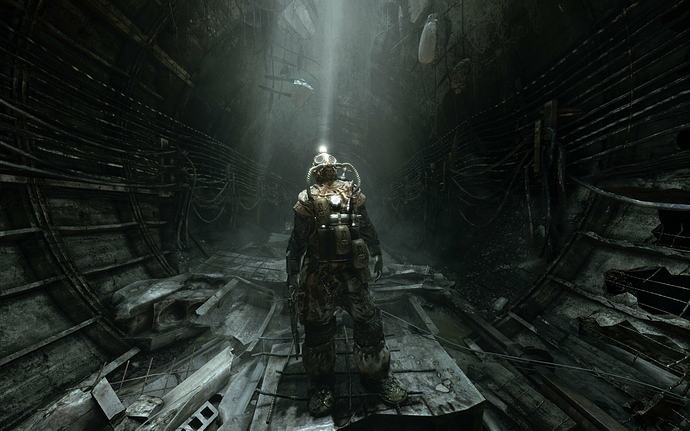 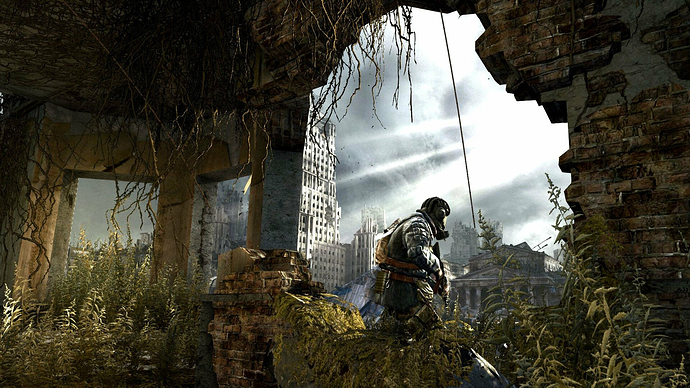 “In 2013, a nuclear war occurred, forcing a large amount of Moscow’s surviving population to relocate to underground metro stations in search of refuge. Eventually, the communities settled in the underground train stations developed into independent states. Soon, factions emerged, ranging from the independent peacekeepers the “Rangers of the Order”, to the communist “Red Line” faction and the fascist “Fourth Reich”, to the more powerful factions such as “Polis”, which contained the greatest military power and the most knowledge of the past, and the “Hanza” regime, which controlled the main ring of metro stations by its sheer economic power. As these groups began to evolve, the Red Line and the Fourth Reich quickly entered a state of war, as both sought to destroy the other. As the war raged, the stations who refused to join either side were either demolished by the factions, merged into the Hanza regime, raided by criminal bandits, or formed their own independent states. Other stations were outright destroyed by animals, mutated by the nuclear fallout. While most of the stations were controlled by the 3 main factions, some stations formed an independent alliances, including the station VDNKh (“Exhibition”). Within that station, the events of Metro 2033 unfold.”

I havent read the books, but the games… the games are awesome, and I think another game is coming out soon

This game series is an absolute masterpiece.

I have only played 2033, but I’ve watched my brother play Last Light numerous times. Playing it is only a matter of being able to run it on my computer.

I also plan to read the books if I can get my hands on them, as well as “Roadside Picnic”, the main inspiration for the Metro series.

I’m really looking forward to play the games, this is my kind of stuff.

As for the books, i’m also curious on them, but might give a try to the games first.

Metro 2033 is my all-time favorite book ever

metro 2034 was alright,not as good as 2033 IMO
aaand sadly 2035 apparently isn’t available in canada yet but i really hope i’ll be able to read it one day

I remeber Metro Last Light and playing it with my dad. Good game.