So, I’ve noticed one thing that Actually kinda bothers me in a super mildly infuriating kind of way. Yes. It’s the way I’ve heard people say most things using G1’s Le- (or air) prefix. I’ve noticed it most in reviews, as that’s where it’s most likely to be said, but most people I’ve heard have said it wrong. Almost Invariably, I’ve heard people pronounce Lewa as Lee-wa. This bothers me, as I have the old Bionicle Encyclopedia, where it says the correct pronunciation of the prefix Le- (and names derived from it like Lewa) is LAY, thus, Lewa would be pronounced LAY-wa.

Am I alone in being bothered by this or am I the only one who’s been pronouncing Lewa the canon way this whole time?

This has been a long standing debate in the BIONICLE community since basically word go. I’ll try and break it down a little.

LEE-wah is the most common, and mostly among North American speakers. It’s my preferred way of saying it, along with Greg Farshtey’s. It’s also the way it is said in BIONICLE: Mask of Light and Generation 2.

LEH-wah is in a similar vein to saying LEH-go, and it’s fairly straight forward.

LEW-ah is also fairly straight forward, since the first three letters are LEW with an ah tacked on. It’s most common with folks outside North America.

LAY-wah is a manufacturing with no real sense to it. Greg Farshtey has said he wrote it that way in the guides because his Scandinavian co-workers would pronounce it in a way similar to “Leyva,” and that was the closest he could get. He wrote it that way figuring they’d want that and he needed the guides approved. But recall, Greg himself has said he says it “LEE-wah.”

So at the end of the day… It’s up to you how to say it. No one really cares at the end of it all (even if I joke about it), and Greg has even said that while he considers the movie pronunciation the correct one, you can say it however you see fit.

Hope that clears things up!

It does sound weird to hear LEE-wa when you’ve only heard/said LAY-wa your whole life.

LEW-ah is also fairly straight forward, since the first three letters are LEW with an ah tacked on. It’s most common with folks outside North America.

It’s also the way it’s pronounced in promotional videos, like this one (timestamp 00:15) 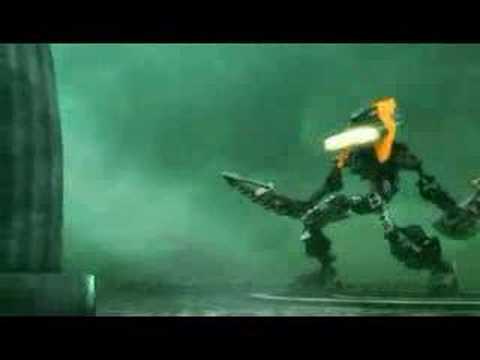 LEH-wah is in a similar vein to saying LEH-go, and it’s fairly straight forward.

I’ve never heard anyone say leh-wah, it rolls off the tongue too weirdly. I say it, but only because no one else does.

I’ve always said LAY-wa because of The Official Guide to BIONICLE from 2003. I never saw the movies growing up, so LAY-wa is just what got ingrained in my head. That being said, I don’t see a problem with any of the other pronunciations, as they each have their own logic to them. Just don’t try and tell me I’m wrong.

I say Lew-wah because it’s easiest to say. No other reason than that.

Am I alone in being bothered by this or am I the only one who’s been pronouncing Lewa the canon way this whole time?

This question has been asked before, here:

How do you pronounce Lewa? Ask Greg

Hopefully this hasn't been asked before, but since you are the authority on Bionicle canon, what is the canonical pronunciation of Lewa? Is it LEEWAH Is it LOOWAH Or is it LAYWAH?

Which I apparently answered in a manner which was satisfactory for the creator of that topic:

How do you pronounce Lewa? Ask Greg

In case that helps.

As someone who’s lived outside of North America, we use LEE-wah, going on MOL pronunciation and G2.

Do you say Leeeee Koro? Then say Lewa.

If you say Læ Koro, then say Lewa.

I did not expect such a simple bit of confusion to get so many posts.
why.
Next thing I know people are going to tell me that the canon pronunciation of Uxar is “You-xar” instead of the more obvious “Oo-xar”

This has been a debate easily since 2001. People say things wildly differently, it’s just how languages work. I know I pronounce names differently from time to time as well, even if they don’t exactly line up with canon 100% of the time.

Lewa is a Hawaiian word, and is pronounced LAY-wah according to a dictionary made by Hawaiians.

Mask of Light called him LEE-wah so that’s what I use.

Note: It is possible for English speakers to pronounce the [e] vowel. Just make the “ay”, yet cut short so you don’t finish it.

Its pronounced Lewa, not Lewa.

Most of the time I pronounce his name [lɛ.va] xD (because that’s how you pronounce it in Polish)