Hey guys. Here we have a ship called the Mist Hunter. It is from the Star Wars EU, and belonged to the character Zuckuss, who first appeared in episode 5. However, since there is no official Zuckuss figure, the character piloting this moc is his trusty companion, 4-LOM. I made this moc a year or two before this topic, but never posted it until now. Anyways, enough words, let’s get on with the pictures. 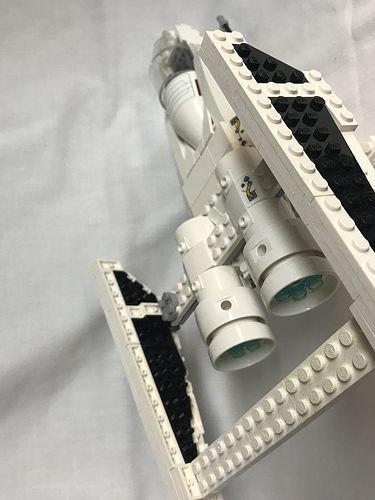 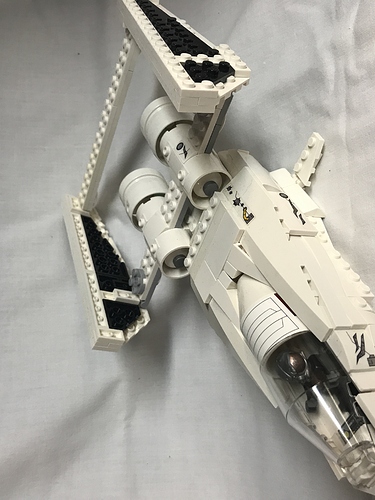 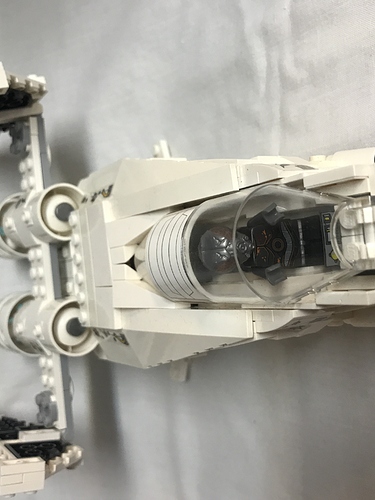 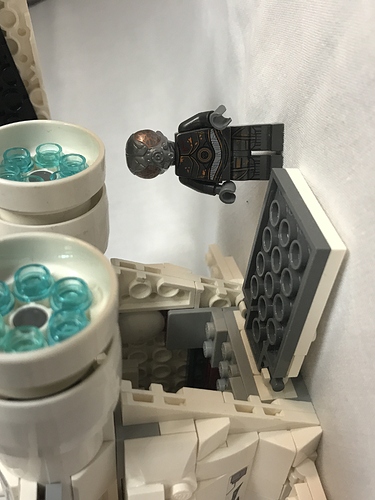 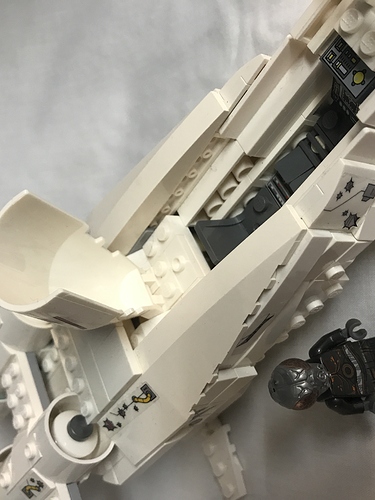 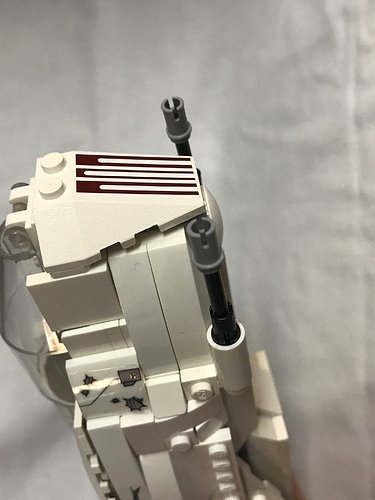 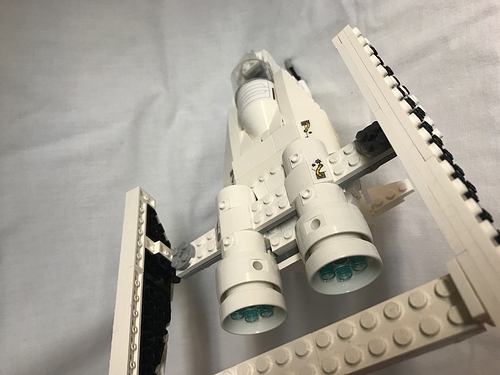 The shaping is extravagant. if this was a set I would buy it right away

Very cool! I like the wings on the back a lot. Good usage of stickers, too.

The color scheme feels a bit plain to me, it could benefit from more distribution of the black as an accent. Other than that the shaping is very unique and the fact that the interior can be used for storage is great.

Thanks. The ship that this moc is based off of does have a bland color scheme, so I didn’t want to stray too far away from the source material. However I suppose I could add some more red.

What is the EU? Aside from the European Union.

What is the EU? Aside from the European Union.

Basically it’s not actually canon Star Wars but someone’s fanfic of it, or no?

it’s canon, or at least was.

One of the best ship mocs I’ve seen all year! so far Great work.

Before Disney came along and rebooted everything with the new movies, the EU was all of the canon not covered in the movies or show. Books, comics, etc.