So Just over a year ago when I first joined TTV, I posted my first main Moc build. I had literally only just gotten back into Bionicle after a very long break, I’d just started using Stud.io and gotten a few custom parts. They weren’t bad but they had a lot of issues. My parts were limited, the proportions were really off and they had a ridiculous amount of clipping issues.
So now that I finally want to do the Phantoka, I figured I should bring the Mistika up to Par.

Tahu
My Goal with Tahu was a simple one. Upgrade the torso, fix the proportions and clipping issues and update details, colour and mask to closer resemble the Set. 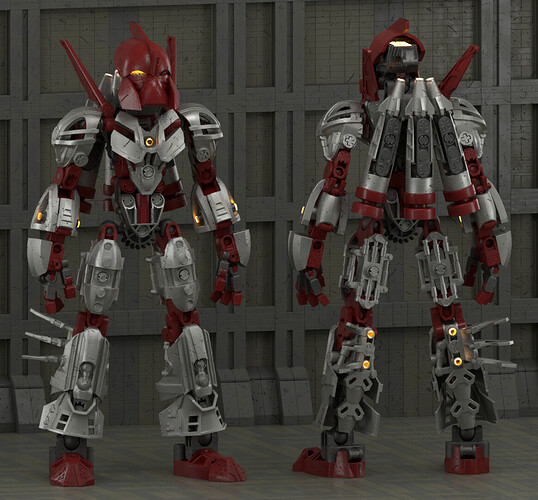 I was really happy with the Ghost Blaster from my Gorast build, so decided to make use of them in these revamps. 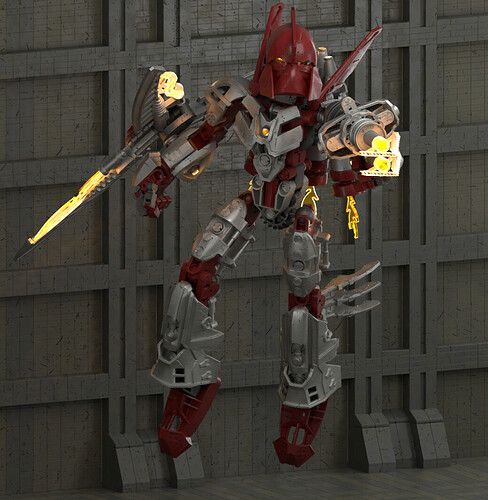 I wanted them to have 3 possible weapons, 2 at any time and having some reference to the older versions of them. So for Tahu other than the Ghost Blaster he has a Flame Sword and his Shield has been updated to turn the blades into his Magma Swords. 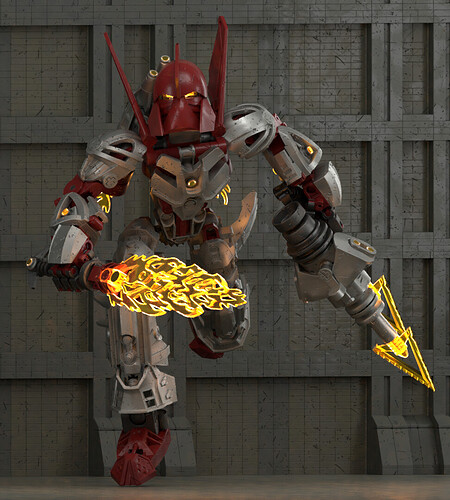 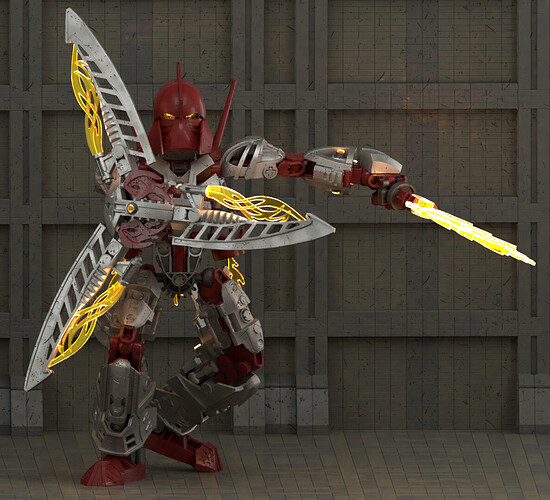 I also found it a bit odd that the sets had connections for Matoran but never got their own Matoran partners, so Decided to give these ones their own little Av Matoran helpers. 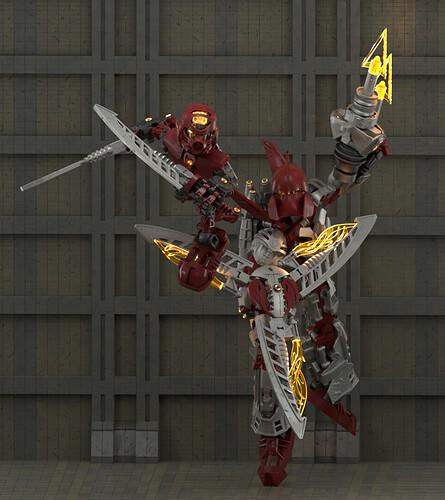 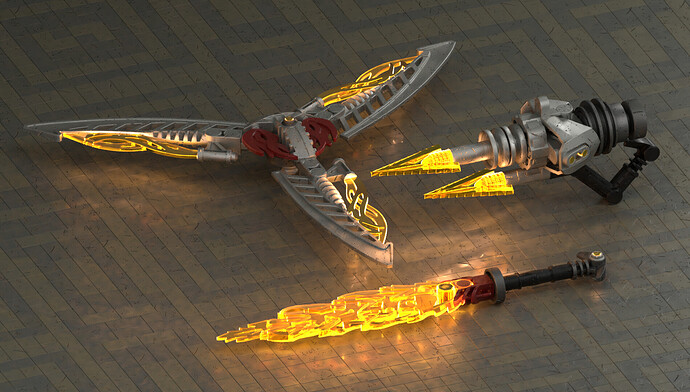 Lastly we have all of the versions of Tahu I have made over the last year.
So left to right we have Mata, Stars (golden armor ver) Nuva, Mistika (Set Style) Revamp 1.0 and Revamp 2.0

Onua
The original Onua looked decent but had a ton of clipping issues. So that was the main thing I wanted to fix here, as well as proportions for the limbs. 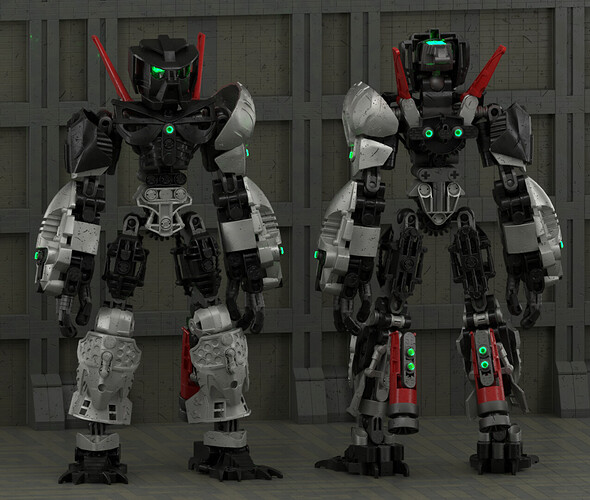 The new Gatling gun is a modified version of my Ghost Blaster, at’s an adaptive weapon, so thought it made sense. Only one this time though not 2. 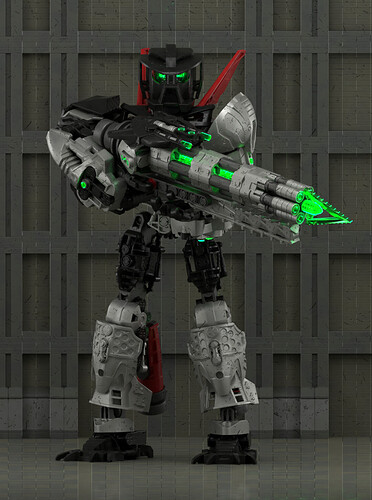 The new claws don’t require the fingers to be removed and actually attach to the arm as opposed to clipping into them like the first one did. 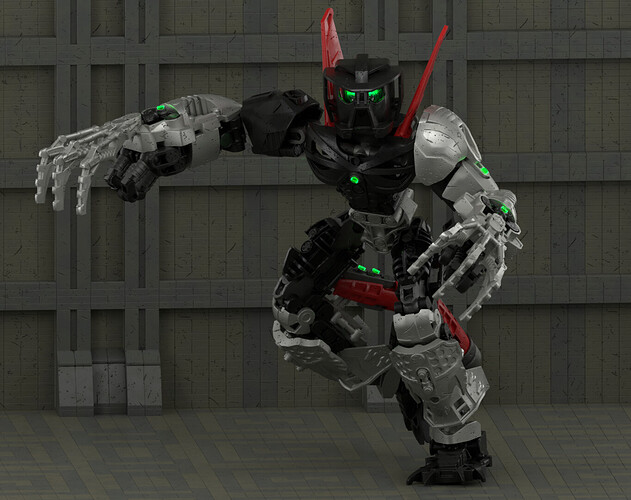 Similar thing applies to the Shoulder Shield, no longer clipping or limiting mobility. 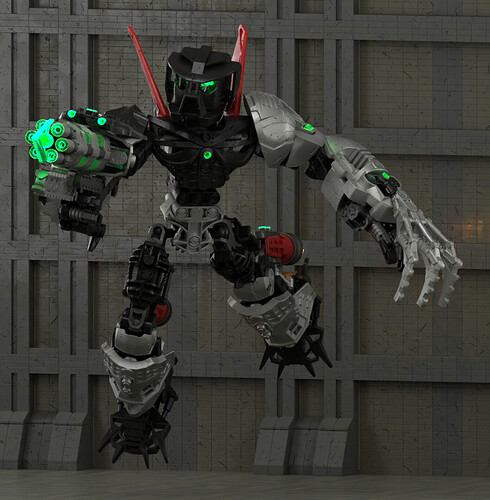 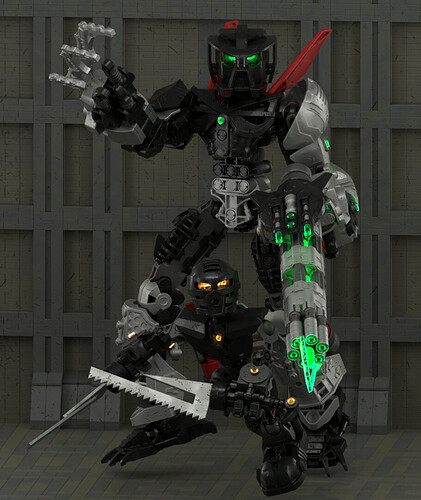 For anyone that asks the red stud is the trigger 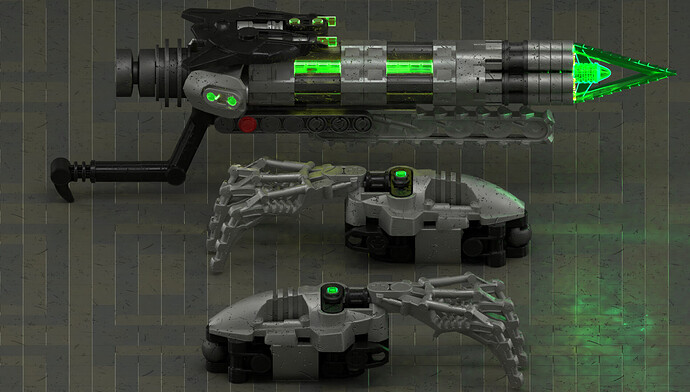 And another comparison. The set style one is actually based on this image Art

Gali
I have to be honest, my original revamp of Gali…Yeah I really didn’t like it at all. The proportions were weird, the possibility was super limited and over all, she didn’t look great.
This version on the other hand is my favourite of the 3. 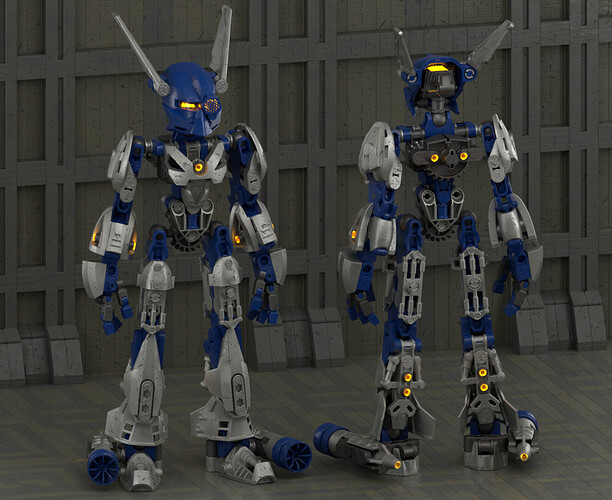 I really feel like I made her look a lot more feminine this time, slender, long legs slimmer torso. I honestly love this one. 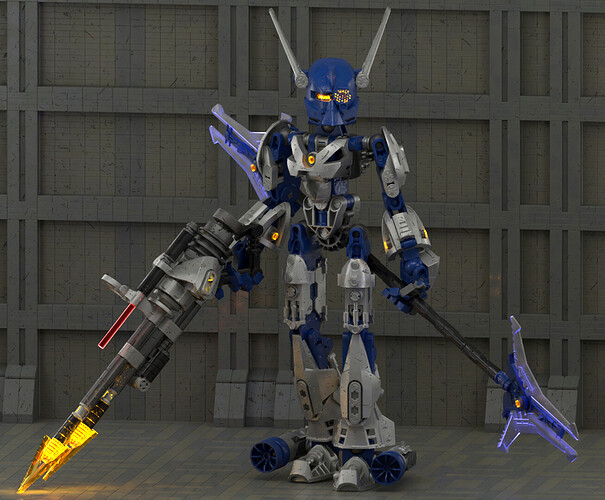 Similar to Onua, the new rifle is an adapted Ghost Blaster, I intergrated the Iron Site from the original set into the scope and again think it looks pretty great. 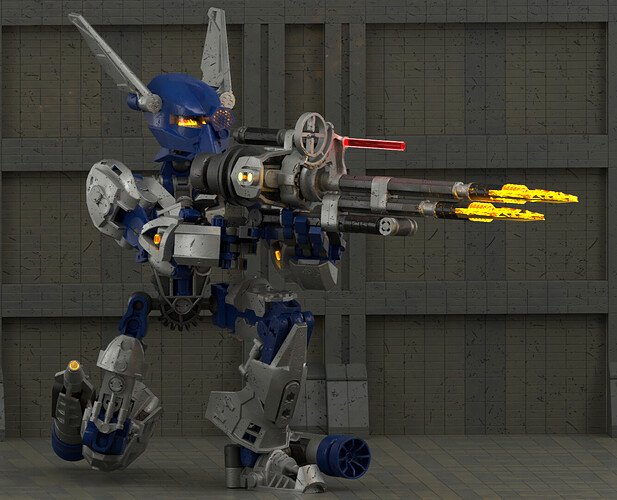 The rifle also has a kick stand. 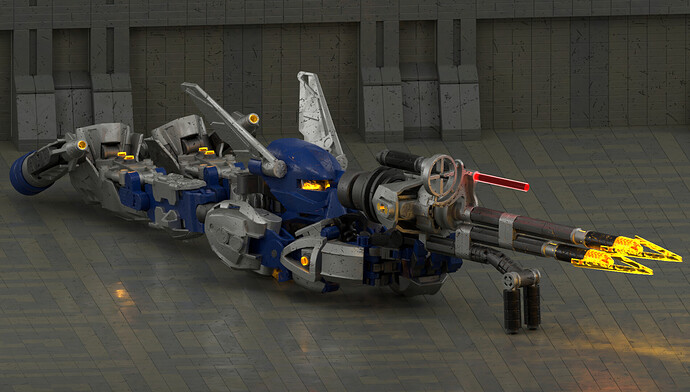 Instead of using her original Aqua axe’s I wanted her to have something special, something that had a similar concept and shape but much more practical for her. So double ended lance. 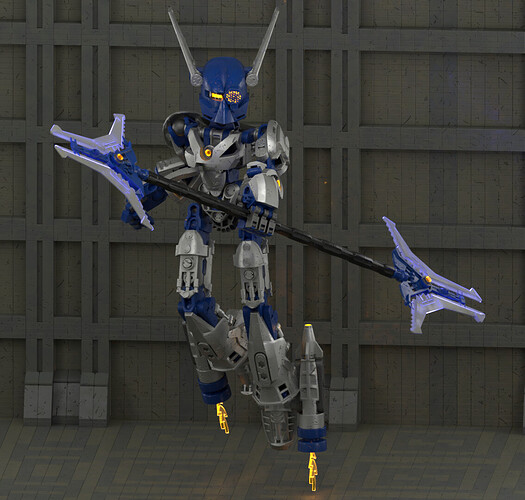 The lance can also split into 2 individual blades, just like Billy the Blue Might Morphin Power Ranger. 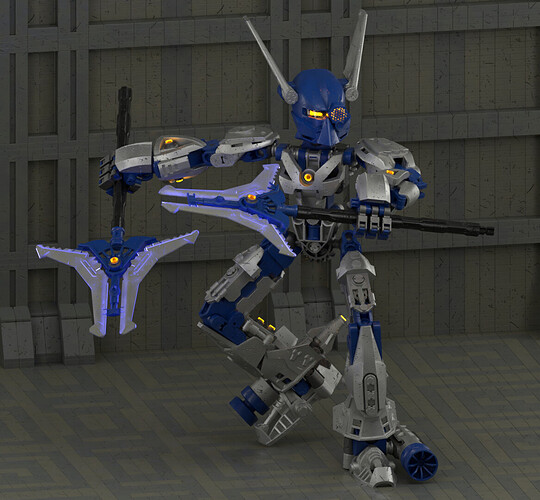 Had to give the matoran the Aqua Axe’s though 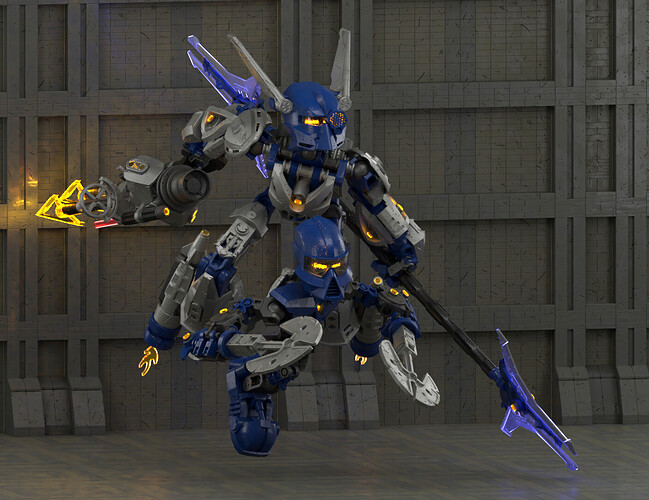 While Gali technically only has 2 weapons, since her lance splits, I figured giving her another weapon would be a bit over kill. 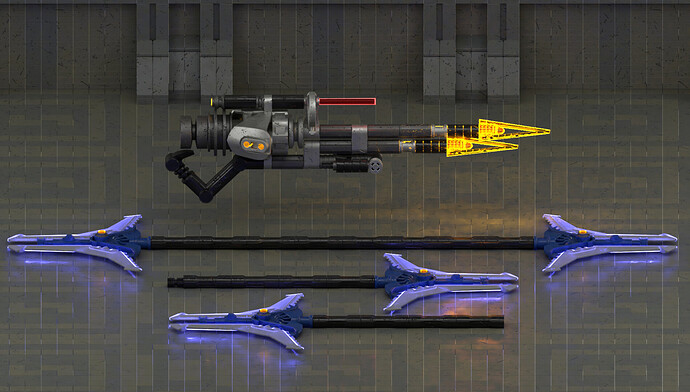 I really think you can see the improvements in proportions here.

Honestly love this shot. The size difference between them is a lot less obvious this time around but still enough to be noticeable.
Group Shots. 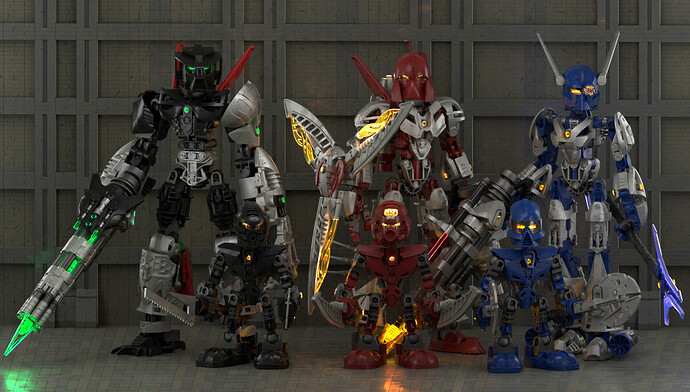 All of these matoran will have golden eyes and gems. My thinking on this is simple. AV Matoran, light based means golden glow.

I really love this update A LOT. I really do feel that it shows a year of progress and improvement.
Next up will be Lewa, Kopaka and Pohatu.
Also if anyone is interested, here is the original thread for the first versions V1.0

As always all comments and feedback are very welcome.

It’s great to see how far you’ve come from those humble beginnings- these are great mocs.

Ooh these look awesome! Very nice revamps, the updates and weapons look great! The addition of Matoran partners is neat, and they look cool. @Festive-Alucus you’ve done an excellent job!

wow these are great
onua and tahu look great, and ye i agree gali probably looks the best, the proportions and build honestly remind me a lot of the movie version
also where did you get these masks! they look awesome!

Where can I get the stud.Io files for them

wow these look fantastic! these almost look more like action figure then bionicles!

My favorite here is Gali. I love her silhouette and it captures the vibe from the original

Thanks for the kind words all

I sadly don’t have a huge amount of free time in the week thanks to work but I really appreciate all of your comments. Love you all

These figures definitely look a lot more filled out than the originals. A big chunk of that is simply filling in the holes, but the overall proportions are great, and definitely help as well.

The weapons all look awesome too, especially the Nynrah Ghost Blasters.

Hey those parts that look original. What packs are they from

Hey those parts that look original. What packs are they from

There are a lot of custom parts in here but a lot of them are from Galva,Turret Phinto, Nattar, Turret3471 and KrayDay. Vootcaboot has links to a lot of the packs I use on their LinkTree.

These figures definitely look a lot more filled out than the originals. A big chunk of that is simply filling in the holes, but the overall proportions are great, and definitely help as well.

Thanks Jerm, I really wanted them to look coherent, I know a lot of people aren’t a fan of the hole fillers but I love how they make the final build look.