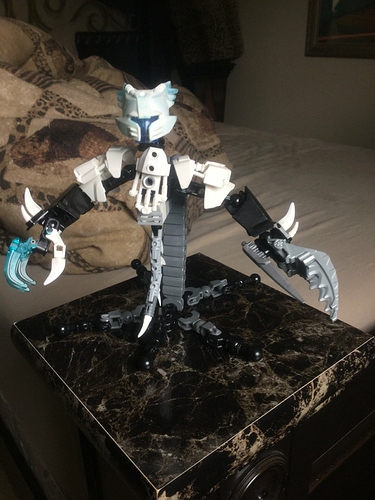 image.jpeg2448×3264 2.17 MB
An icy seahorse thing. Yaaay. Now, this guy is supposed to be a guardian of the ice element. He protects the region of ice, which in my universe, is a frigid ocean with huge glaciers. On the bottom of this ocean, is the ice core. In the Center of all six regions, is a core. They keep the planet together, and hold amazing amounts of power. There are guardians for each region. Like I said: Guardian of Ice. So yeah. Das teh story stuffs, now onto the build. 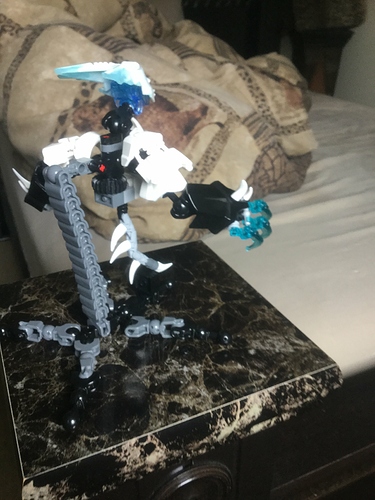 image.jpeg2448×3264 2.05 MB
His torso was a pain to build…trying to get the lower body just right… I originally had a 2015 head inside the helmet, but I couldn’t find a way to keep it in there without it being smooshed. 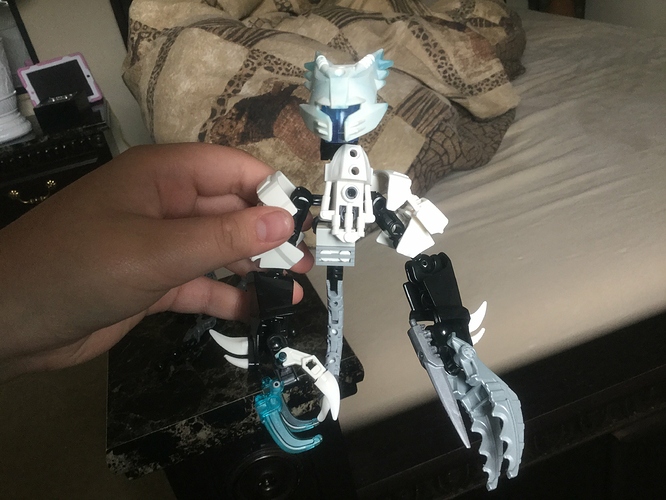 image.jpeg3264×2448 2.06 MB
He’s got this huge claw on his left arm. It makes me think of a knight, somehow. Idek. Inspiration: I had been messing around with torso designs again, and found something I liked. I added arms, a head… Armor… then I made
the tail-thingy.

So, what do you guys think of it? Is it better than my first moc? Speaking of Mocs, I got two more to show ya later! Bye for now.

UPDATE 1: SHTUFF GOT REAL GUYZ! HOLD ON TO YO HATZ! 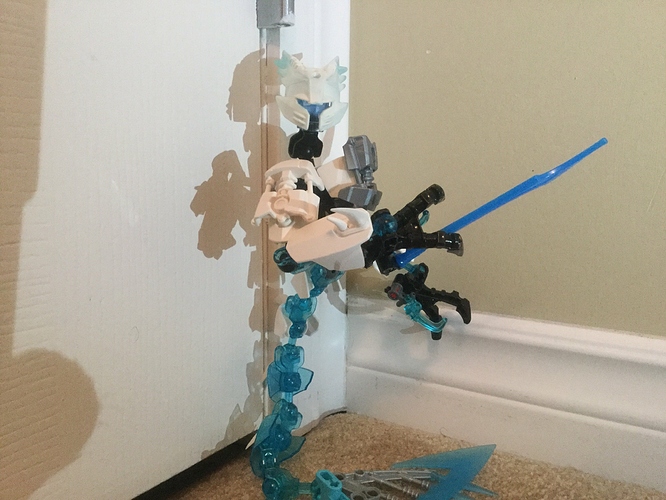 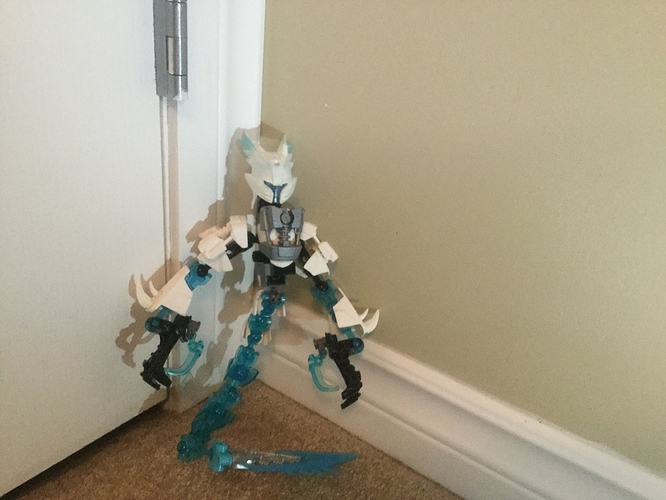 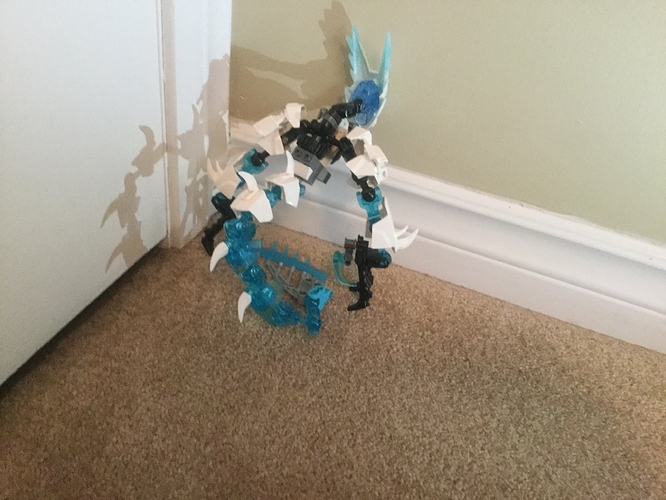 No back Armor doh…
But…yeah. Here’s the update some people wanted! And he looks boss! To me, at least. 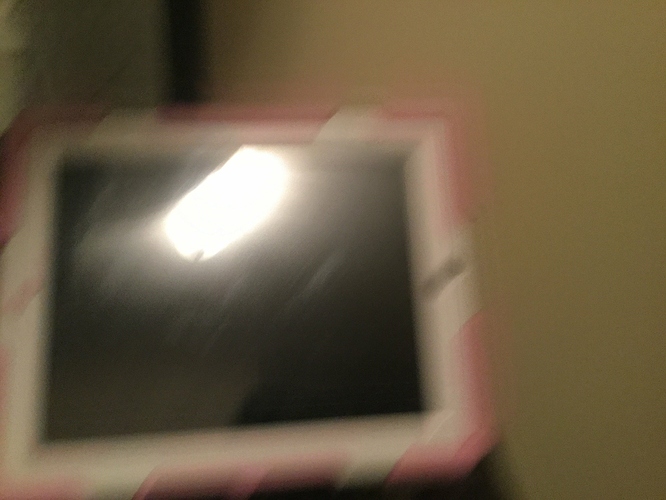 So… many… friction… joints…

It could use some more flow between the upper torso and lower half. As well as maybe a larger “tail.”

What is with the serpent moc lately?
The body and tail need some work.

Yeah, I know what you mean. I was kinda rushing it, as I was trying to build so Mocs at the same time 0-0

Its alright, I like the concept of why it exists and your depiction of the region of ice is really awesome.

Though The torso could have been done way better, and there should be more trans light blue in the figure, like in the arms and change the black lower arm armor with white, and make the hands symmetrical, and make the tail thingy bigger and more intimidating made from trans light blue CCBS bones and white shells over them.

And you should avoid using friction adders like that cause you’re going to wear them out a lot faster by removing them afterwards.

Yeah, I know what you mean. I was kinda rushing it, as I was trying to build so Mocs at the same time 0-0

Ideally you want to dedicate time to one MOC at a time so they aren’t bad shotgun MOCs, unless its a MOC thats been in progress for a while cause of lack of parts or something.

Also since you’ve taken pictures in the same location multiple times, I’ll tell you now you want to use as bleak a background as possible, so the corner near the floor of a room or the base of a wall or something, cause here I’m distracted by the contents of the rest of the room.

@AwesomeJoel27 Fun fact: the other moc that I wa trying to build was that droid guy.

Edited for double-post. Please familiarize yourself with the site rules if you haven’t yet done so. Thanks. --John Smith