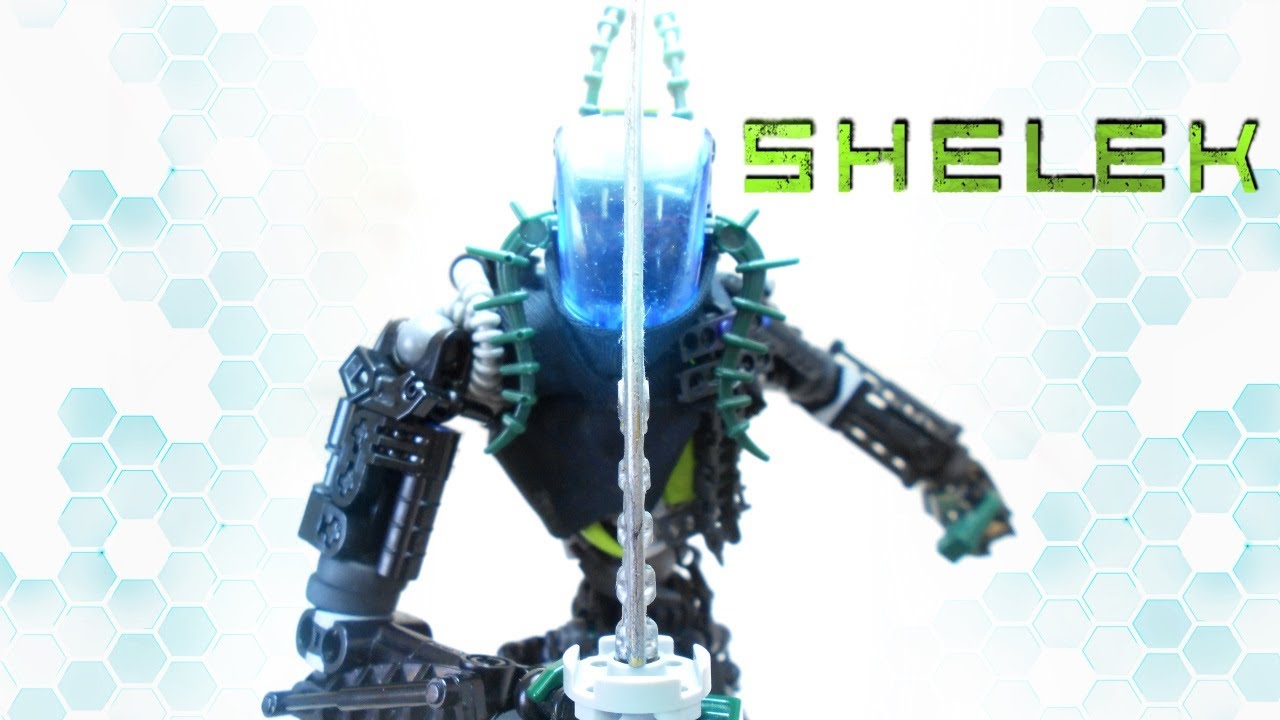 Shelek was born without a voice, for that reason they gave him that name. He grew up on his planet Kamarios with his family and his partner Onuka It was not a happy time, in those years began the revolts to overthrow the planetary leader and the official army responded with violence. A wave of bombings destroyed his house and ended the life of his family. He and Onuka lived surviving as they could.
They managed to find several Toa who helped them, but seeing the failures in the attempts to obtain the victory in the group of Toa, Shelek decided to join Nhecron, having this one promised to him to achieve a life worthy and success in the field of battle.
Knowing this, Onuka in disagreement with Shelek’s ideals, could not be more disappointed. After this his ways did not cross again.
Shelek was repentant of his intractable actions, all those deaths were chasing him and that made him to exile away from home to discover how to forget the past and create something better.
——————————————————————— 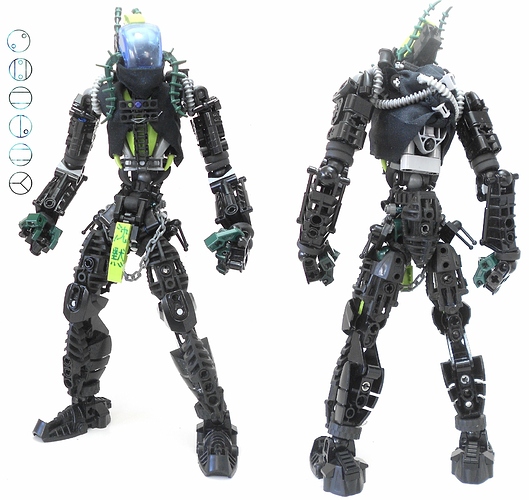 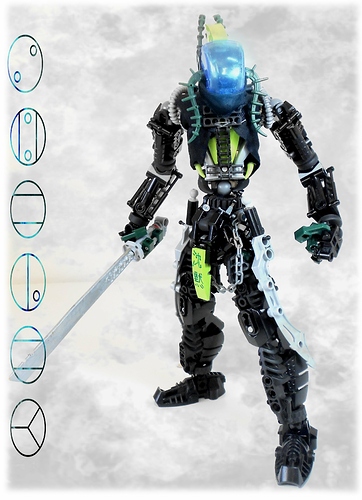 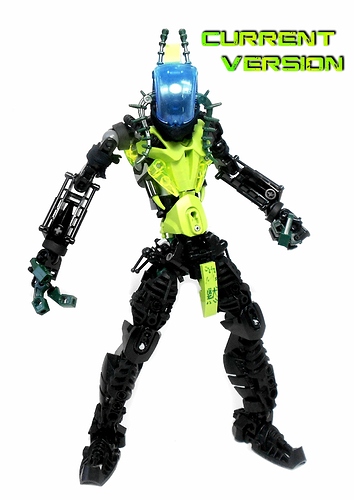 The lime green nuva chest piece sticks out like a sore thumb. I surprisingly love it.

This is a great MOC but I think the lime green needs to be distributed better and added to the limbs.

I, personally, like how the lime is distributed as it is now