I can find time for a revamp but not for instructions? Yes.

Alright, here we have him again. General Mosok, leading the Spirit Army in Rohgak’s name. The question mark in the title is there because I don’t know if he will be the Spirit of Plasma yet.
My plan was to build a simple-looking, CCBS-based MOC. I even used a standard torso frame.
I like him much more than the old Mosok; even though they’re completely different, which makes comparison harder. 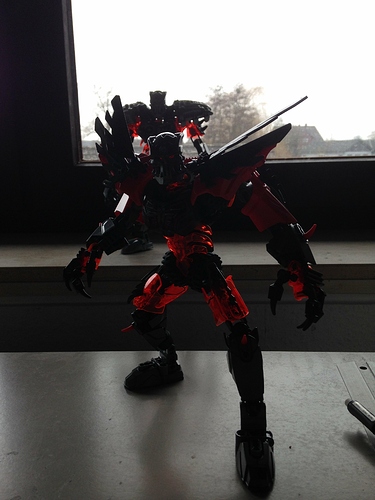 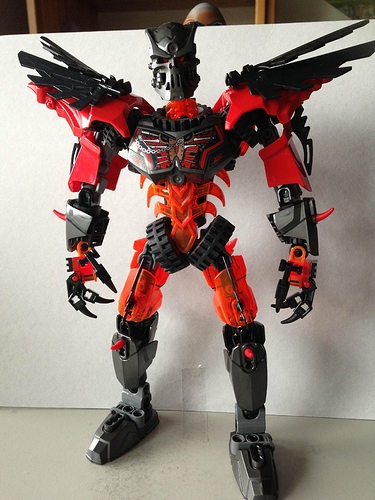 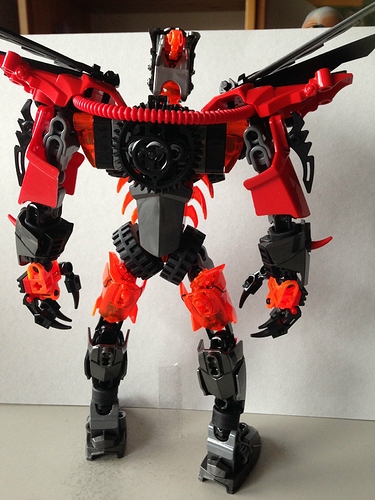 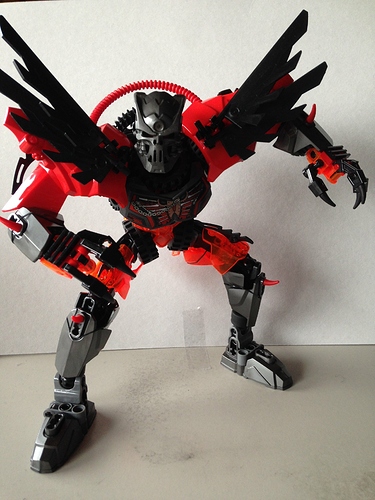 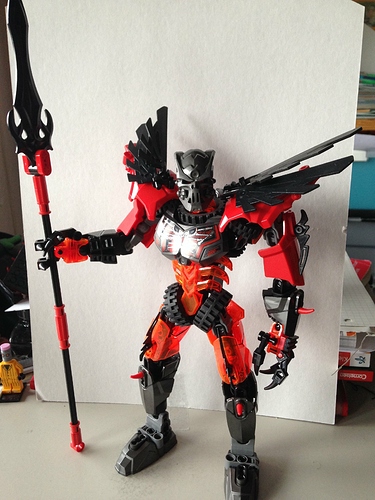 Right next to the previous version: 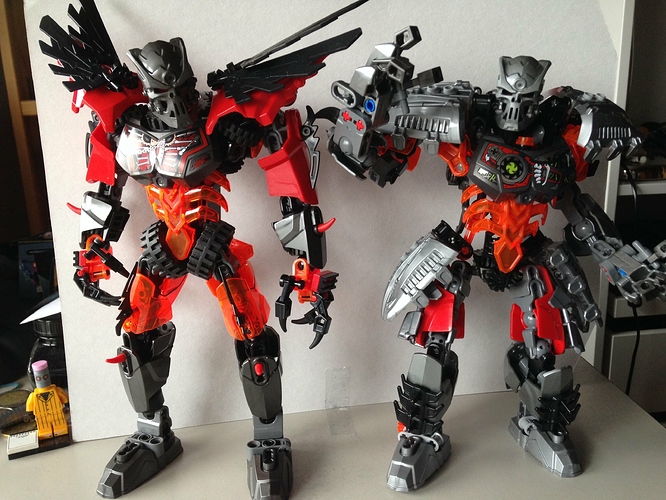 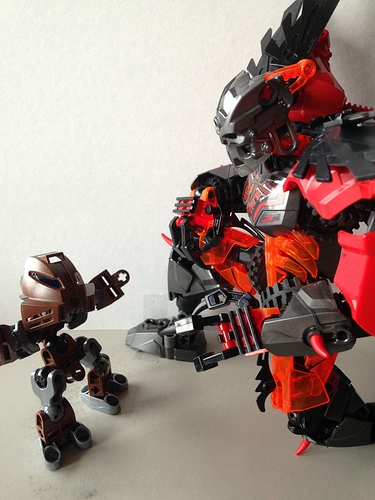 That’s it.
He has a spear/lance/whatever because… I wanted to use the Knights’ Kingdom piece and I like the concept of it precisely burning the enemy. And it fits well with the spikes. In some pictures, his neck looks a bit long, probably because it is. He’s supposed to have some kind of hunchback.

I’m done for this one. Comments?

He looks pretty good, though the neck is a little weird. However the way the tires were used is

Quite the good use for rubber-bands to attach shells, you little sneak. I am an overall sucker for compact M.O.C.'s that rely on an ideal set frame and are able to perfect it. This seems to be something along those lines, appreciate the way you tried to fill in all the gaps. The wings on the shoulders add a nice touch, while, as said above, the use of those tires is nicely pulled off. Very nice, the only thing that might look off is the back, the textures just look a bit off, and that hose.

Thanks for the compliments on the tires.
I agree on the back. Most of the time, I leave the back exposed and showing the construction, so I wanted to ‘close’ it here. The hose I just added to get some red in there, so I agree again, it sticks out.

Where is the gunmetal skull from?

The one and many Skull Warriors themselves.

So the guy with the bow? Cause right now I have the Skull Grinder Skull on one of my mocs, and it clashes with it a bit.

Yes, the “guy with the bow.” Should be able to find Skull Warrior for cheap, or at least at their default price.