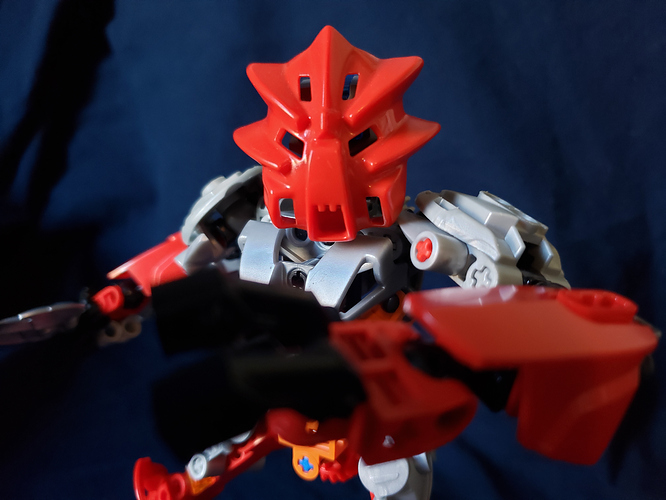 My latest MOC, and a revised version of my previous Toa moc from years ago. This is Akeru, Toa of Fire! Master of swordfighting, and one of the six defenders of Atel-Nui, the Toa Atel.

Headstrong and courageous, Akeru leads the Toa Atel to defend their home against the dark forces that threaten their world.
For it seems, while Makuta Teridax is defeated and Spherus Magna has been reformed, there are still many nefarious beings wishing to undo these peaceful times, Makuta or not. 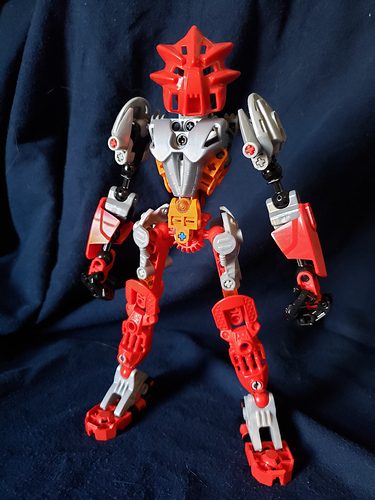 Akeru dons a custom-forged Kanohi Miru, shaped to resemble the mask’s Nuva form, as seen on Lewa Nuva.
As a Matoran, Akeru looked up to the fun-loving Toa of Air, and was, for lack of better words, his “idol”. Akeru aspired to be like him, regardless of the difference in their elements. 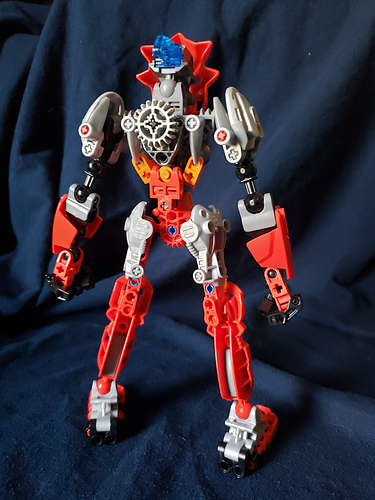 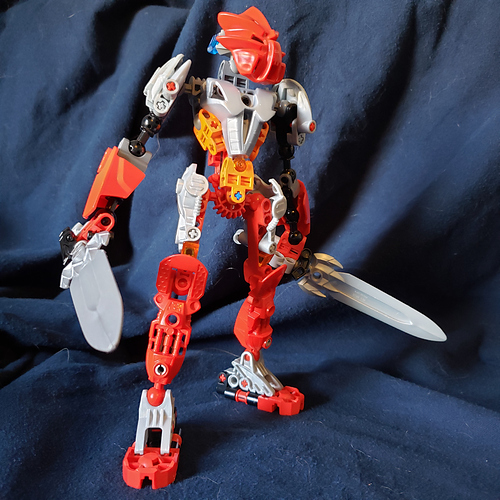 His tools are a pair of Burst Sabers, twin swords which shoot waves of fire that travel in a spiral. They are powerful in their own right, but together they form… 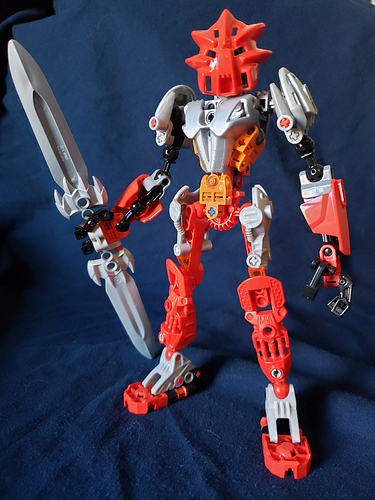 The Ignition Glaive! This massive dual sword is capable of melting virtually anything, even turning solid stone into a pile of bubbling lava, due to it’s ferocious heat. Akeru can even throw it like a disc, cutting anything in its path into ribbons as it twirls through the air.

One more pose just because i really liked the framing of this shot. 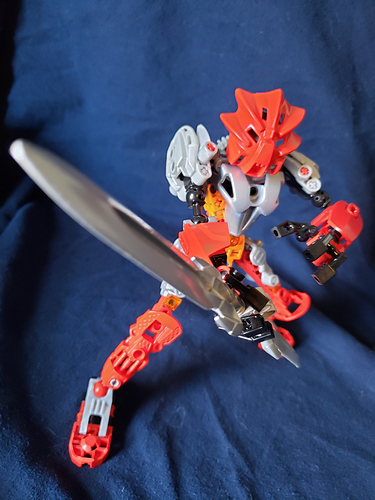 ADDENDUM: I was unaware that the torso build was already a thing, but by sheer coincidence it’s remarkably similar to one of WholesomeGadunka’s designs: 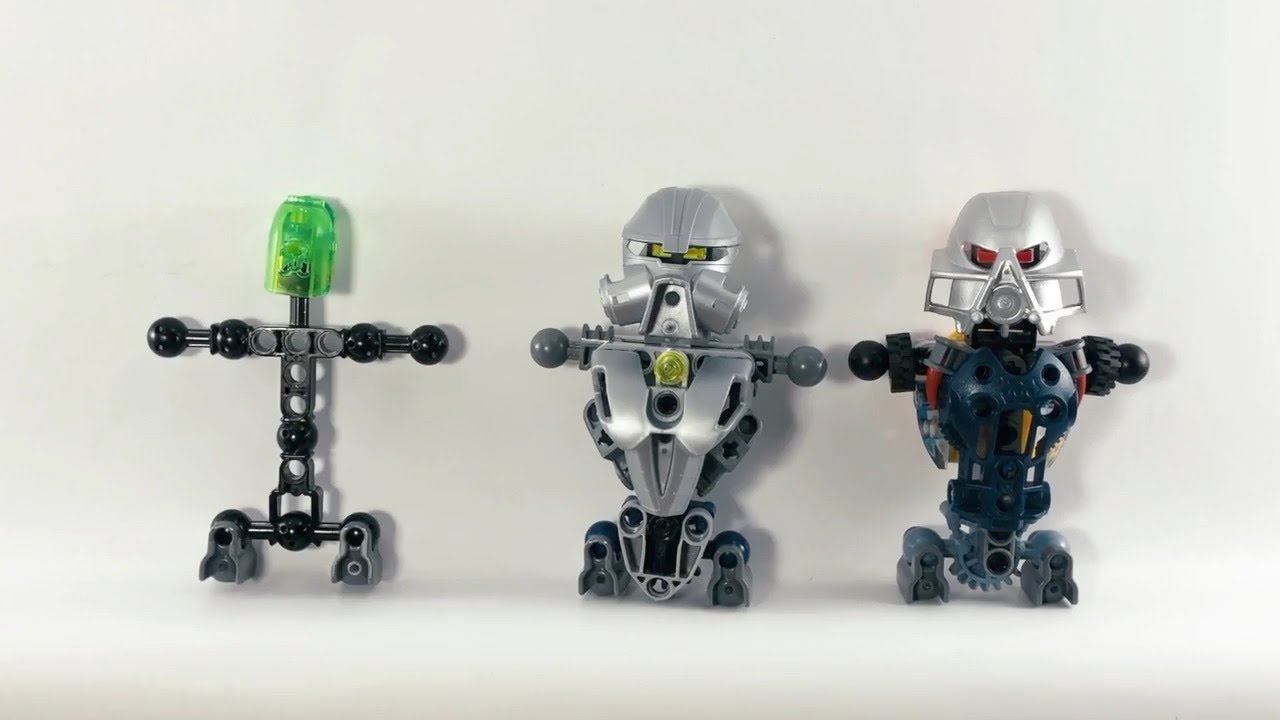 This should probably be in the Lego Creations category, just a heads up.

This looks pretty good! I love the use of the red Miru nuva, it works well here.

Is that this torso? Make sure you give credit where it’s due!

Overall I quite like the relative simplicity of this MOC, Although the upper arms could do with a little more beefing up. Maybe a tire in that empty space? I most cases I think either the silver or the orange would look out of place, but in this situation I looks pretty good, for some reason.

Keep up the good work!

Thanks! Also i was not aware that this build was already a thing. It’s VERY similar, but the way in which i put it together was different. Just a coincidence i’d say.

I really like the overall stance of the build, though I feel like the orange could be spread out to a little more of the moc, and the feet look a little odd due to the stark color difference.

Yeah, I feel the same way. Unfortunate thing is I don’t have a lot of orange parts that might fit well with his silhouette. The feet were also a bit of an experiment.

What a nice moc! I love the feet idea in particular! May I use it in a moc I’m building?