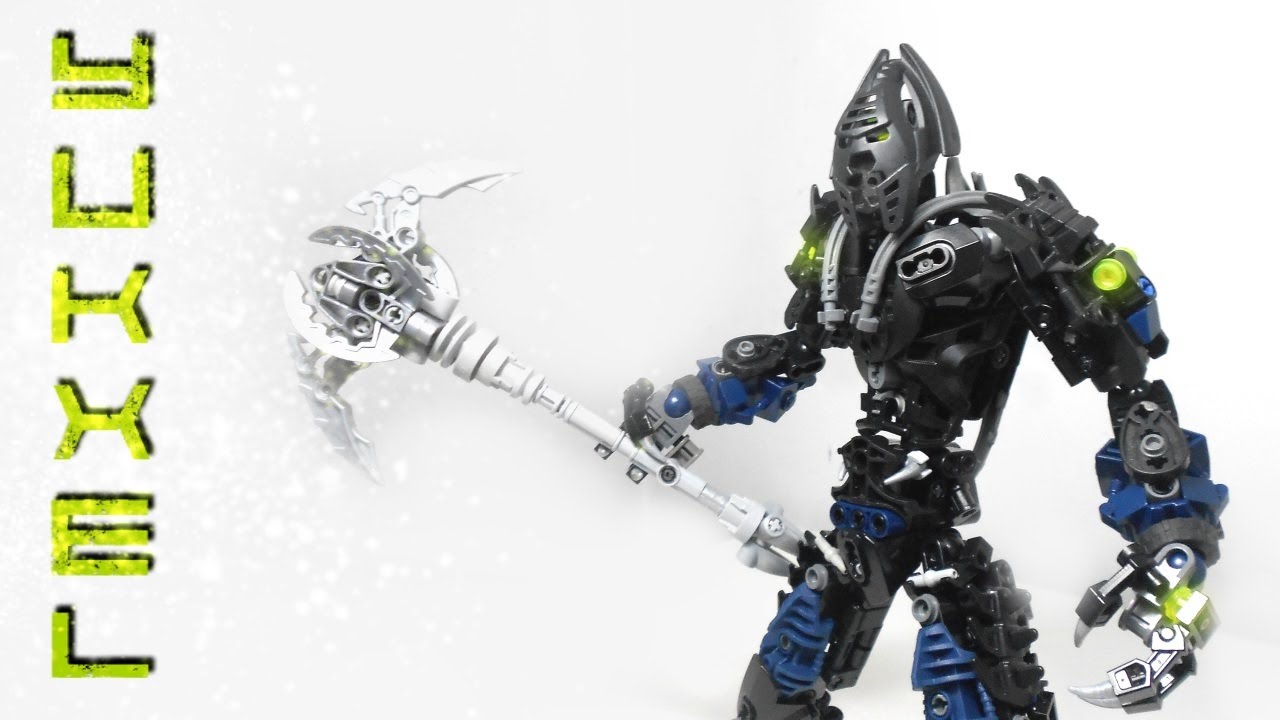 Yukxel was born in a village southeast of the igneous lands at Thaloks. He lived a normal life with his mother and grandfather raising Kane-ra on a farm.
When he turned nine his life changed completely. The Kroolian criminal gang began to invade the area and enslave those who failed to flee. Yukxel and his family ended up as slaves digging into the koronium mines . They lived in terrible conditions, slept in cubicles where they could barely breathe, so sleeping was really complicated. The koronium that they extracted was of industrial use and the transformation of this raw material was realized very near the mines to facilitate the transport. It was transported through unmanned containers by magnetic rails, the route traveled from the mine to the center of the processing plant on the outside.
Yukxel hated to starve and sleep little and as the years went by, his desire to leave that dark, malodorous hole grew. Two years after becoming a slave, Yukxel’s mother died of a collapse in the mines. Despite such an irreparable loss he took it as a reason to realize that he was no longer a child and would have to protect himself. As an adolescent he managed to sneak into the transport containers of koronium and with much effort and even with some broken bones he went out to the planetary surface in search of some nearby city. He had to walk through the desert for several days until he found help. At a service station, Linxie found him and convinced him to become his partner, combining his skills to work as mercenaries on the planet. He is currently in the service of the Nhecron army. 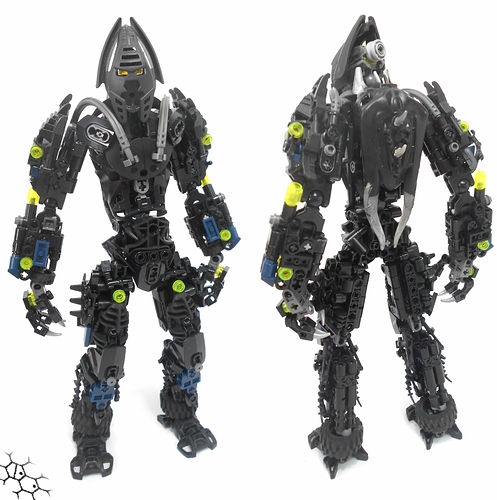 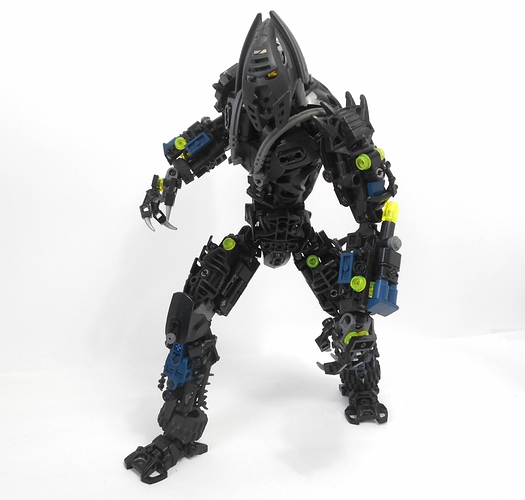 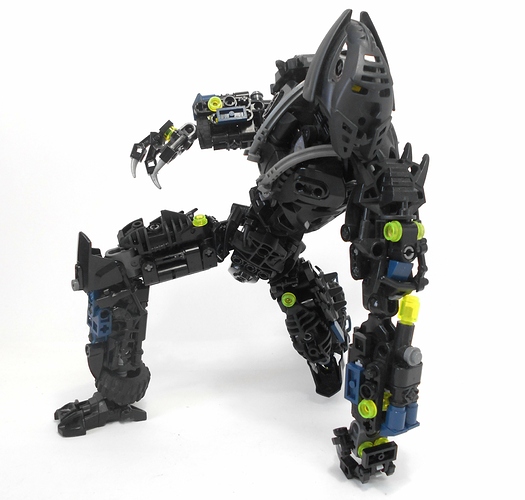 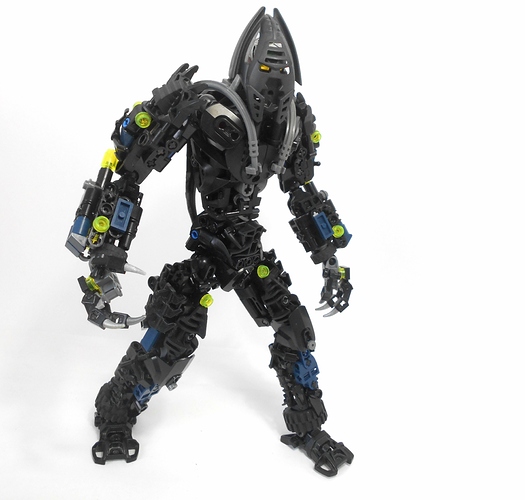 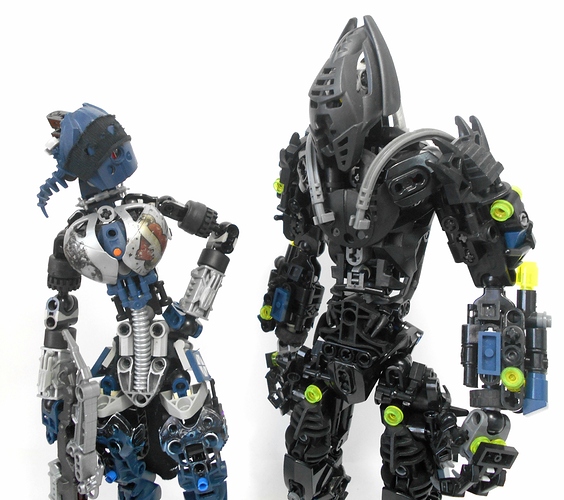 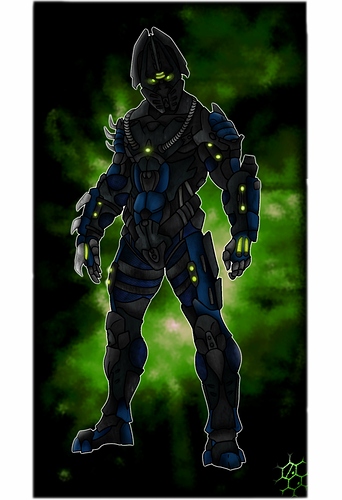 Another really awesome MOC. I like how the green contrasts nicely with the rest of the MOC.

This is probably one of my favorite MOCs of yours. I’ve always enjoyed the solidity of the torso design and how intricate the Pickaxe is. It’s what inspired me to change my own self MOCs Pickaxe design.