RAD:’‘WhEN Are We LEvINg For OUR BooTIFUL QUest OF rainBOWZ?’’

Dmitry is one of the last sane humans of the great city Moscow,and probably the whole world. All the other ones either died or went crazy.
He found an old rebellious MATD bot named ‘‘RAD’’ and together they’re on a ‘‘bootifull quest of rainbows’’,as RAD says, to find what destroyed humanity 50 years ago,and fix it. 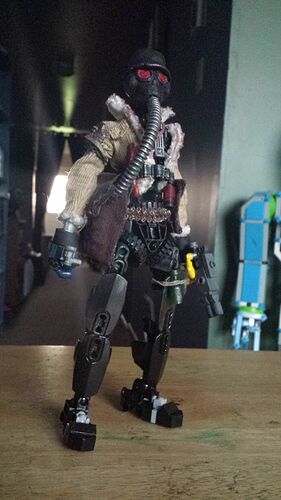 An old MATD model,a military robot once used for transport and combat,before the apocalypse.
This particular unit’s antenna was shot in battle and he was abandonned. 60 years after,an unknown signal woke him up and he now acts pretty weird,seeing as his communnication antenna is dead. He joined a fella named Dmitry Yelchukov to find the cause of humanity’s almost-extinction 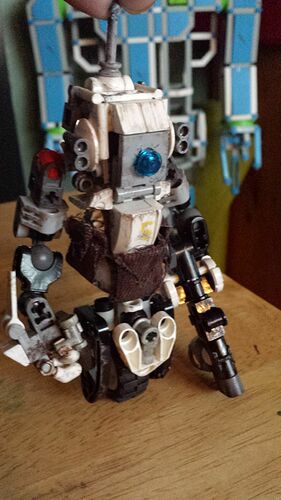 Myeh. These guys are so customised they don’t ever]en look like bonkles anymore.
I love them anyway.

Even thought RAD can’t stand up 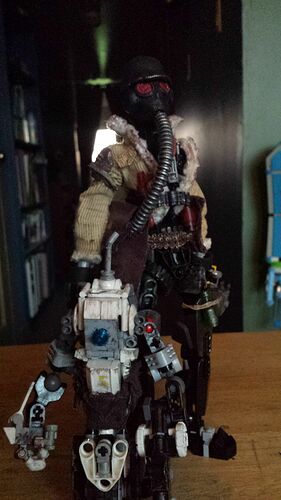 so,
an NCR Ranger,
and atlas clap trap.

I love the Ranger first one.

you forget one thing

@Overlord_Ghosty You just keep outdoing yourself with post-apocolyptic, Gritty or dirty yet futurisic works, well done!

Reminds me a lot of Fallout: New Vegas. As you said, I wouldn’t really call them Bionicles anymore, you’re essentially created a new action figure of itself, so well done mate.

Are these mocs of threeA toys?

Are these mocs of threeA toys?

Dis, I wont draw it

Ah.
I’m not familiar with other countrie’s money.