where are you
we’ve got some work to do now 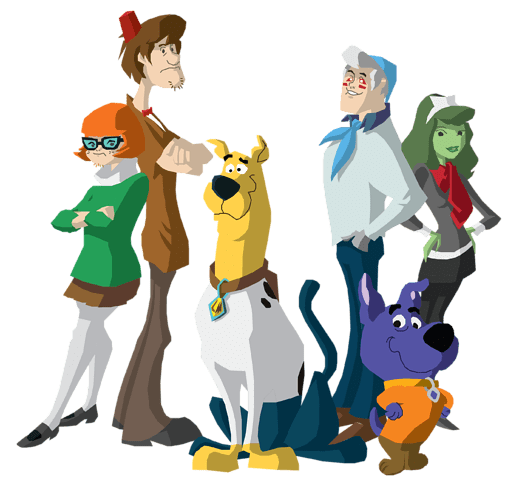 Nah but seriously, after @Waj got me hooked on Scooby-Doo: Mystery Incorporated, I figured this piece had to be made. I initially traced over this image:
http://www.mifondodepantallagratis.net/cartoons/wallpapers/scooby-doo-mystery-incorporated.jpg
Then later added miscellaneous things.

You’ll note that Scrappy Doo is missing from the base picture. Due to this, I was forced to trace him from a separate picture:

And then add in shading manually.

and before you say “Oh I think (Mod) should have been (Character),” bear in mind that i put like a solid three days into thinking about which characters should be which

that’s it i guess

Well… You are the least active user in the Mod Squad.

I was gonna complain about being the dumb stoner guy

Then I realized I’m nowhere near as unlucky as you

Take that or something

Not that my approval matters…

That’s awesome! That’s a great style you’ve got there too. I almost thought it was an original drawing until I read it was a tracing. John Shaggy and Scrappy-go geek are my favorites. I feel I would do something like this…

Amazing. ALSO WHY DOES VELMA HAVE CHIN HAIR AAAAAAHHHH

the colours are great

and the choice of characters are perfect

ALSO WHY DOES VELMA HAVE CHIN HAIR AAAAAAHHHH

That’s awesome! That’s a great style you’ve got there too.

Oh gosh I didn’t even notice the chin hair.

This makes you the greatest user on any website ever.

Great job! I love how you emulate the style of the show! Although, Scrappy feels a bit out of place.

It seems odd to have pants that cover the tail, and a ■■■■■ with black spots.

That’s funny, is the main TTV Cast, Other HB Characters?

That’s funny, is the main TTV Cast, Other HB Characters?

Hanna-Barbera, the animation studio that did Scooby-Doo, along with The Flintstones, The Jetsons, and lots of other early iconic cartoons.