So, I’ve had ideas floating around in my head for a while, and I wanted to do something with those ideas.

I’ve had this premise in my head for a Bionicle reimagining that takes heavy cues from Faber’s Rebel Nature projects and theming. The arctic imagery that was featured in a lot of his 14b2020 posts got me imagining a very new and very different take on the Bionicle concept.

In the briefest of nutshells, I’ve been imagining a Bionicle story set far into the future on our very own Earth, just long past the extinction of the human race. AI has evolved to become the dominant life on the planet, inhabiting a multitude of robotic forms. On the desolate wastes of Antarctica, six robots would awake with no memory of who they are or what their mission was. But something lurks deep below the ice, a mystery that extends far deeper than any could imagine…

But this is not quite that story. This was a brief and messy foray into imagining what a more “realistic” or “modern” Bionicle could look like, and I’m not completely happy with it. That being said, I liked the idea enough to want to share it, and I feel there aren’t nearly enough reimaginings of Bionicle that dare to go pretty far from the norm.

That being said, here are the Toa.

I started these concepts with Kopaka. I imagine him as the sort of mascot character for this arctic-based reimagining, so I wanted to nail down his design. Actually, a lot of the other Toa designs started as alternate Kopaka designs.

In my head, I have a very gritty, dark, and industrial aesthetic in mind. The works of artist Simon Stalenhag come to mind. But, for these sketches, I wound up finding a type of real-life robot that fits the Toa and their element and basing their designs off that.

My final Kopaka here is based directly off of the humanoid Boston Dynamics robots, just with a more familiar head design and weapons: 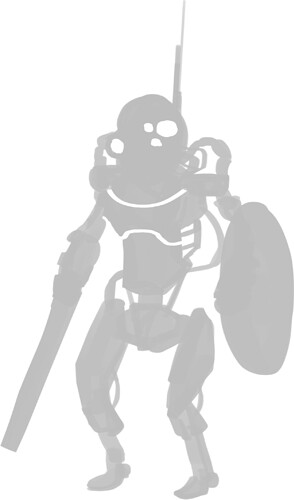 Gali was actually one of my favorites. When looking at images of “swimming robots” I found ones that are essentially bricks with flippers. One of the images looked almost exactly like an old Gali Mata promo poster, so I based her off of those robots. 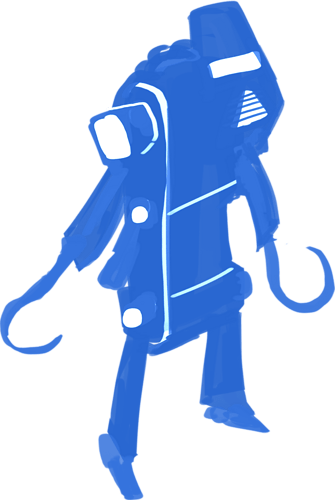 Onua was next, and at first I had trouble thinking of a good design for a “digging” robot. But, his body shape and hind legs wound up being based on the quadrupedal Boston Dynamics robots which you might have seen being kicked around for balance testing. His front limbs have excavator shovels that mimic his original claws, and his head is directly based on a web camera I own. All in all, he feels more bestial. 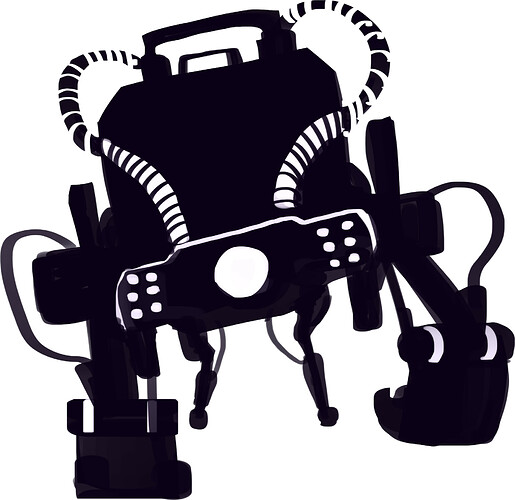 I like to imagine this Pohatu as Onua’s little buddy. Or maybe Onua is Pohatu’s pet? Not sure, but either way I found it quite hilarious to make Pohatu the smallest of the bunch. I imagine him as being the fastest on the ground, just like his original Kakama. Speaking of which, his triangular vents and body shape invoke his original mask design, as do his grabby hands and tank tread feet. 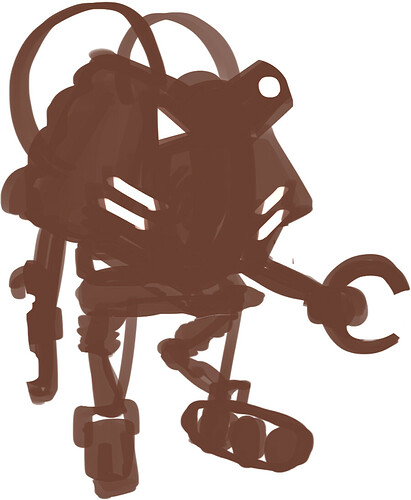 It was almost a no-brainer to base Lewa off the quintessential flying robot, the quad-copter drone. But, while looking through images, I discovered a design for a bipedal drone called “Leonardo.” I based Lewa’s design here directly off that, and it had the exact energy I wanted; a bit monkey or bug-like. His rotors also feel a bit like his original axe or even his G2 tonfas, and his head shape uses the same sort of grin found on the Miru. 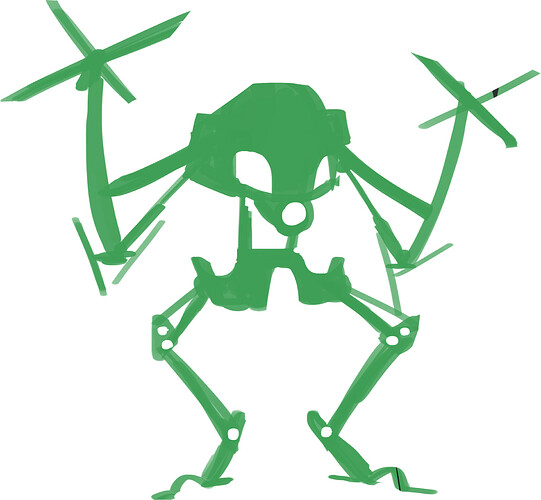 And finally, there was Tahu. Now, there aren’t really robots that exist to make fires, as the only results for “fire robot” give you essentially hoses on treads. So, I had to get a bit creative. His chassis is based on another alternate Kopaka design, but his arms are based on some of the most common robots seen today: assembly line arms. As he is equipped with a flame-thrower, I covered his arms in the flame-protective fabric you sometimes seen draped over machinery. His “head” also has vents that invoke the shapes of the Hau. 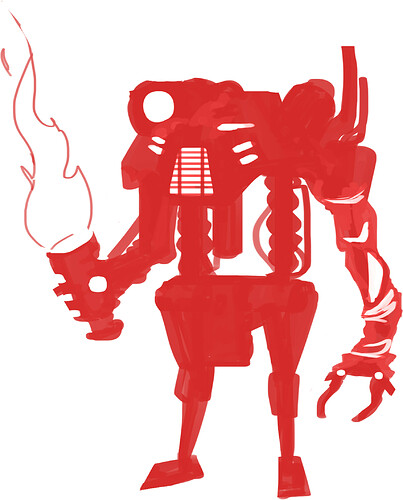 And that’s it. A bit of a “modern” take on each Toa, based on real-world robot designs.

I want to end this by saying, again, that this specifically isn’t my reimaging idea. It has elements of it, such as purely robotic characters and a more modern/futuristic time frame, but these designs aren’t exactly what I was looking for.

I also recognize that not everyone takes kindly to such drastic changes, but I encourage you to view these detached from the original and more as spiritual successors. That’s why I use the term “reimagining” instead of “reboot” or “G3.”

I would love to know what you think of these though! If you let me know, you get a cookie:

The thought process behind all of these is very captivating. As a concept, this is great as it’s thought-provoking and let’s the mind wonder what these guys are all about. It takes an idea we know and love and stretches it just enough to be something different entirely, but also easily recognizable. I personally dig the idea that Onua and Pohatu can buddy up. Nice work!

Three out of the six Toa now have scopes. This makes them more Kopaka.

Soon all will be Kopaka. I am pleased with this artwork.

This is very interesting, I’d like to see more of the strange world you’ve created.
also
nice job!

These are really interesting, despite my not being enchanted with the aesthetic. I like your conceptualization methods. I also think the the term “reimagining” isn’t even broad enough–by this point it’s essentially just a different story with elements inspired by/taken from BIONICLE, but it is cool to see what you came up with from that springboard.