This is a heavily modified version of my Toa Moltor Moc.

His name is Moltarix. He is a monstrous villain with the intent on destroying the Bionicle Multiverse. He is so evil, even the Shadowed One fears him. 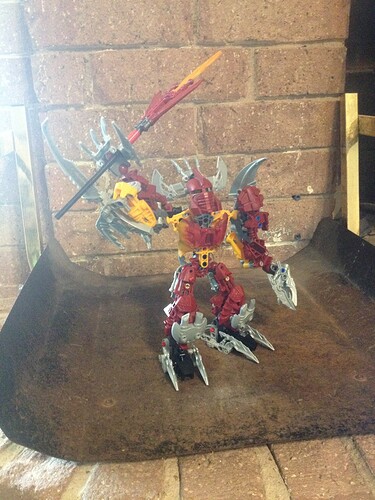 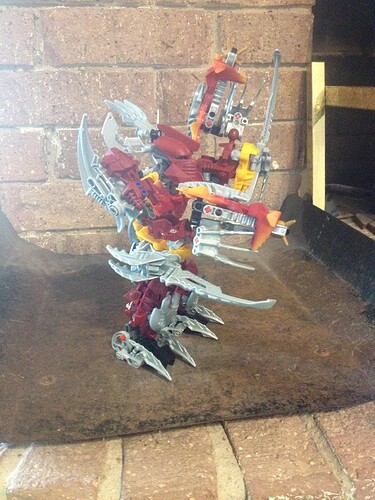 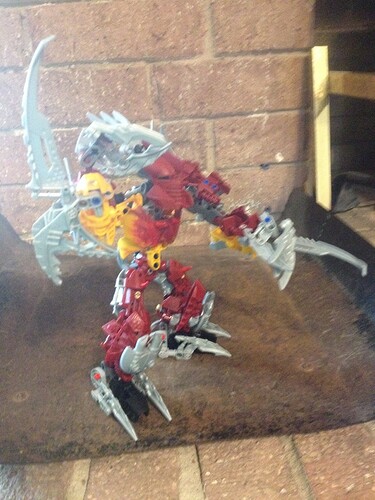 image.jpg2448×3264 2.68 MB
His third set of weapons is his built in arm blades. He only uses these when his staff or thornax launchers are unavailable.

The last Toa that was sent to stop him was… unsuccessful in his mission. 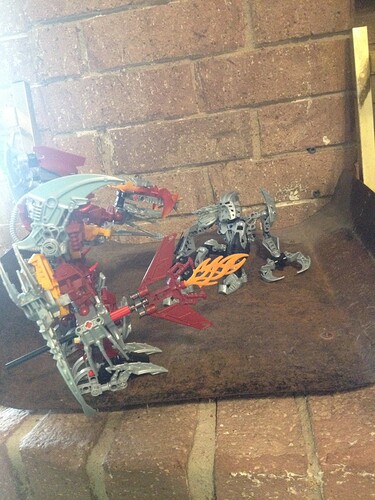 That toa didn’t have nearly enough swag to take him down. Toa Omega Tahu sadly could take him down with his overpowered swag powers

I have an epic storyline planned that features this guy as the main villain. Does anyone want to hear it?

Ok. Moltarix is continuously getting his plans foiled by the Toa and Glatorian. He then hears about a mask of dimensional travel, worn by Brutaka. So, Moltarix goes and kills Brutaka, steals the mask, and intends on wiping out the Toa once and for all by destroying the source of the Bionicle Universe. That source is the Throwbots Universe. In destroying that universe, Moltarix ends up destroying not only the Bionicle Universe, but the following universes as well:
Robo Riders
The alternate dimensions in Bionicle
Hero Factory (2010-2013)
Invasion From Below (2014)
Chima
Ninjago (Predecessor of Chima)
Knight’s Kingdom
Exo Force
TTV Universe (for laughs)
Bionicle 2015 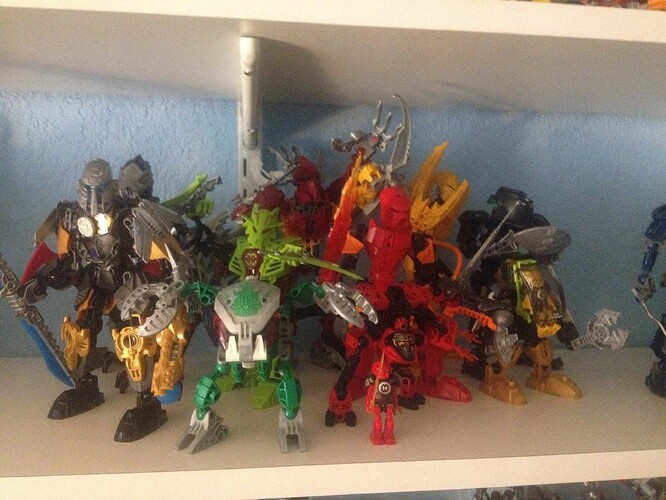 I’m planning on making a YouTube series out of it, but it may take a while to make due to the amount of characters in it (including MoCs of the TTV Cast). A solution for this would be CGI, but I don’t have that capability…

I hope you succeed in creating your Youtube series!

Also, for B:BotM, if you need voice actors, here one.