Time for the next review. 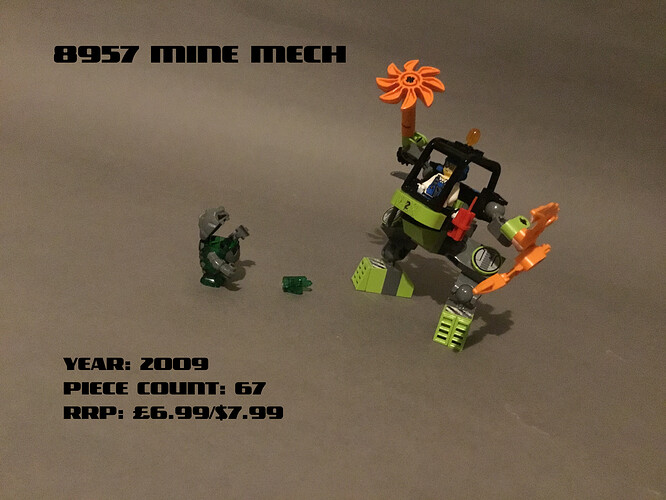 Today we’ll be looking at 8957 Mine Mech, the second smallest set of Power Miners wave 1.

Like last time, we’ll start with a look at the instructions. 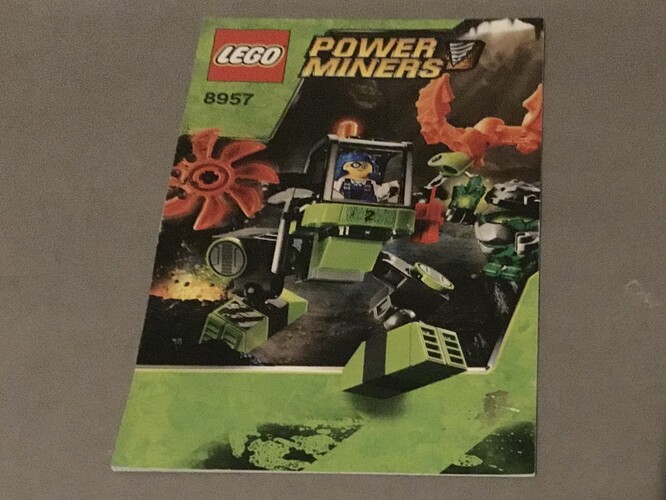 These instructions are quite tall and narrow, with an image of the Mine Mech running towards the viewer while a Boulderax stands idly nearby. Take notice of the socket pieces used - they’re the original version from before the fragile 2008 redesign, unlike what’s used on the actual set. Clearly this photo was taken quite early in production. 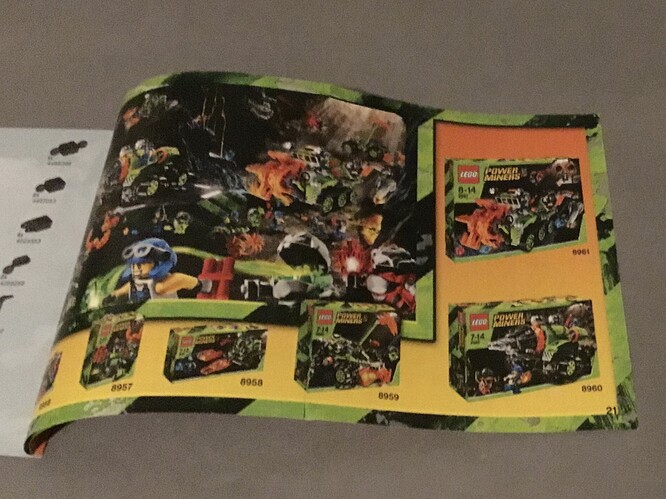 Not much else of note, aside from the double-page spread from the Stone Chopper being reformatted to fit on a single page. 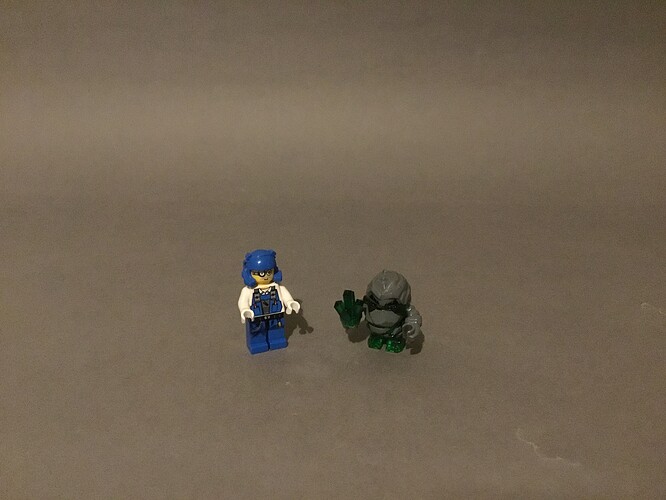 Two figures are included in the set - Boulderax and Brains. 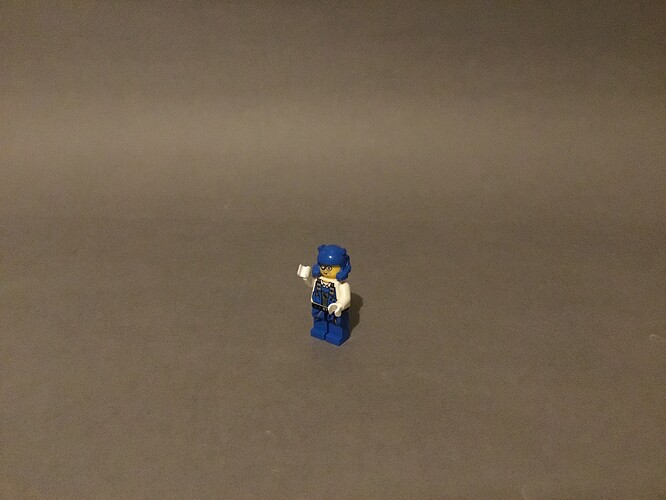 Brains was a scientist who initiated the Power Miners operation in order to discover the source of recent earth-crumbling tremors on the surface. He soon put together a crew and appointed Doc as the leader of the mission. He also hired an engineer, Rex, who designed a built all of their mining vehicles. He also gave Brains his nickname when the two first met.

Upon learning of the cause of the earthquakes, Brains became determined to capture a Rock Monster and bring it to the surface to be studied. While most of his peers operated the actual mining equipment, Brains almost exclusively drove vehicles with means of catching monsters. When the Power Miners disbanded after succeeding at their goal, Brains joined the Atlantis crew, where he piloted the Wreck Raider to uncover sunken artefacts.

The Brains figure is quite different from the unnamed guy we saw last time, looking a lot less rugged. His face is clean-shaven aside from a thin grey moustache, and he’s got some kind of device over his right eye for detecting crystals.

His overalls also differ from before, with a test tube symbol in place of the drill, indicating that he’s part of the science division. Similarly, the oil-stained vest of our nameless friend has been replaced by a collared white shirt with matching white gloves. 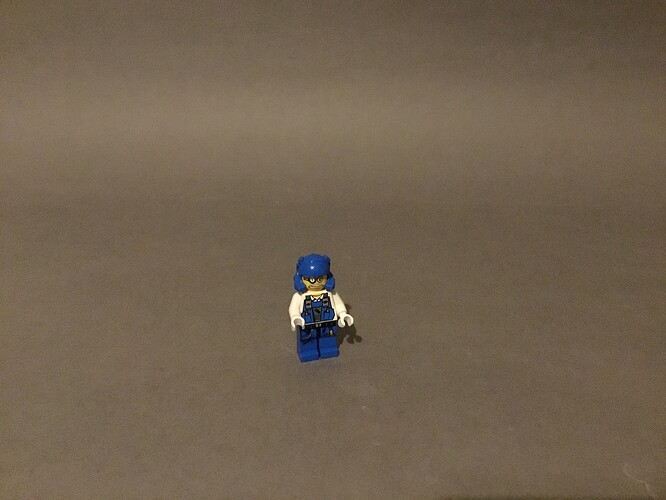 As with every Power Miner, he’s got a scared expression on the back of his head. 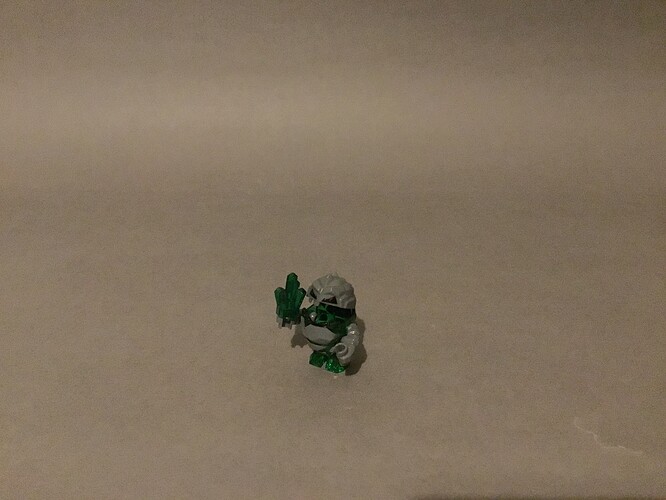 The Boulderax are the strongest breed of Rock Monster, but also the slowest and dumbest. The strategically-minded Glaciators often take advantage of this fact, using Boulderax to wreck the Power Miners’ machines while they take the crystals for themselves. The Boulderax don’t seem to mind, though. They’d happily take on the Thunder Driller just for the fun of it, often forgetting to actually take the crystals they came for.

The Boulderax figure itself is the same as all the other Rock Monsters, except molded in trans-green. A trans green crystal is also included, with both the monster and the crystal remaining exclusive to this set within Power Miners, although the crystal has been reused as Kryptonite a few times. 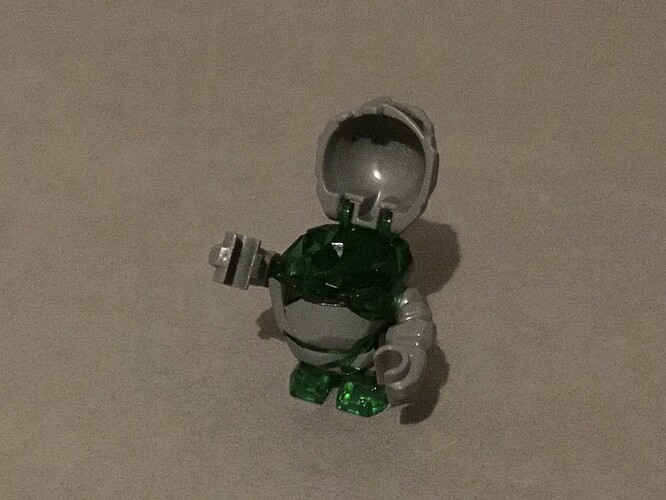 The Boulderax’s mouth can hinge open, allowing you to place the crystal inside and make him ‘eat’ it. A Boulderax’s strength is increased even further upon eating a green crystal, allowing them to lift huge objects such as larger mining vehicles. 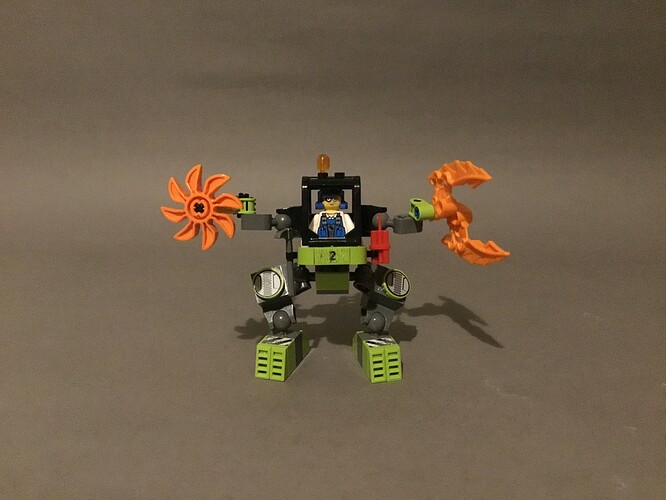 The Mine Mech itself is a fairly squat machine. It certainly looks very industrial and practical, not so much a fantasy mech as something that could feasibly exist in today’s mining environments. A roll cage protects the operator, adorned with an orange hazard light. The stripes on the feet glow in the dark just like the Stone Chopper’s stripes. 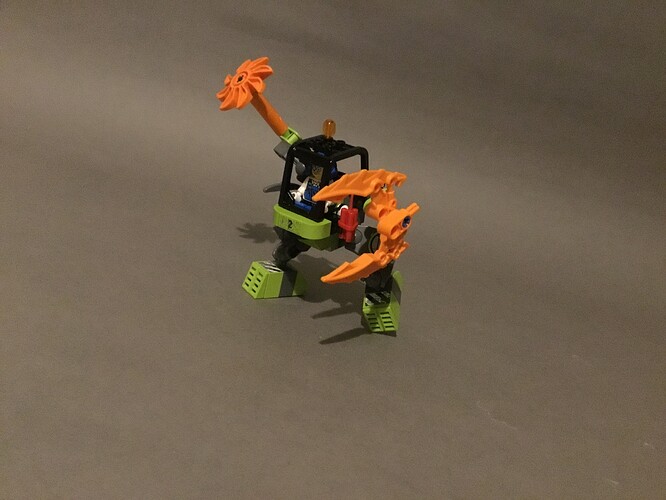 The Mine Mech lacks standard arms, instead having large articulated tools attached to either side. The right side carries a circular saw which can be spun via a knob on the back, while the left side features a grabbing claw for collecting up minerals, constructed from some orange Mahritoran blades. 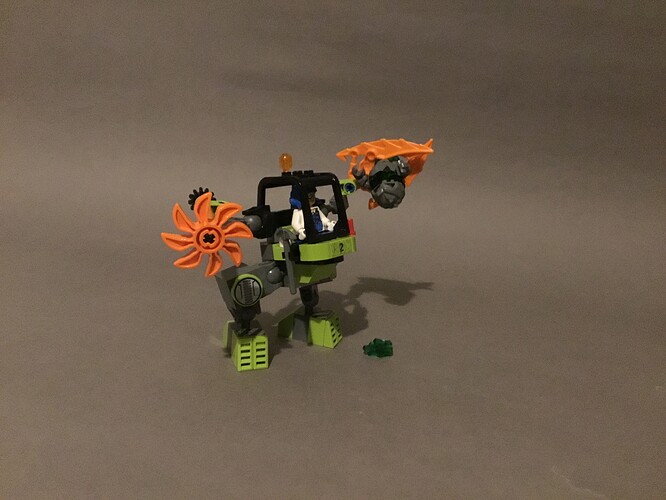 This claw has enough grip strength to pick up crystals or even Rock Monsters! 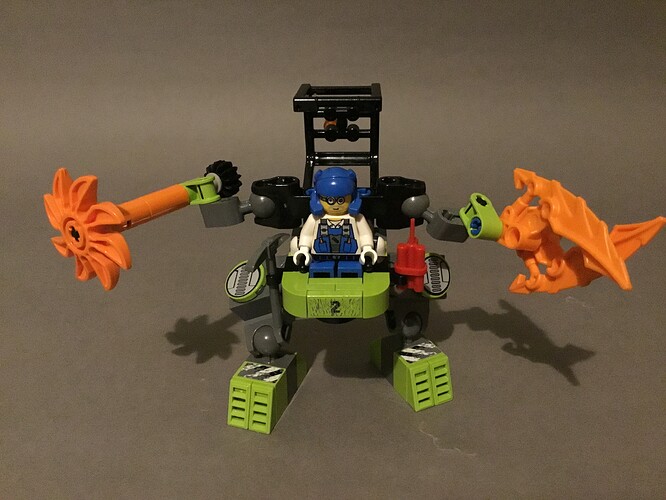 The roll cage hinges upwards for access to the driving compartment, where the operator can control the mech with a pair of levers. A pickaxe and stick of dynamite adorn either side of the cockpit, the latter of which was a brand new mold for the theme that’s still in use today.

That’s it for the set, so let’s take a look at pricing.

This set retailed for £6.99, just £3 more than the Stone Chopper. I feel this price is completely reasonable, especially considering the excellent minifigures, including the exclusive Boulderax. The price of this set on the secondary market has only increased by £1, now worth about £8. This price is still very fair, so I’d recommend it if your interested in a very neat little mech, or if you want to complete a Rock Monster collection. 7/10. 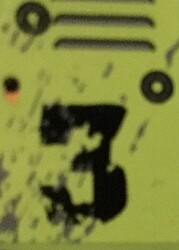 Hey isn’t this the thing from clutch powers

Yes. This set, the Thunder Driller, the Crystal King and the Underground Mining Station all appeared in Clutch Powers.

Literally the greatest set of all time, 12/10 for sure. The fact that it’s the only Power Miners set I got is not relevant.

I’m pretty sure I got this set mostly for the Boulderax. Even then I wasn’t too sold on the mech, which looks kind of awkward to me and fell apart way too often during play. I’ve mined (ha!) most of my sets from this theme for parts by now, but this is one that I don’t particularly regret scrapping. Good review, though, thanks.

2nd favorite set. And yes I love that this is in the clutch powers movie.
I can’t wait for my first one!

That inconsistency with the joints in the instructions art kinda reminds me of what happened with the hips on this year’s marvel mechs.

Speaking of the marvel mechs, it’s interesting to compare them to this and see just how much mechs of this size and pricepoint have progressed over the past decade. Mixel joints and smaller slopes really were a gamechanger for builds like these.

I think the more primitive techniques of the time benefit the aesthetic of this build though. Gives it a heavier and more industrial feel.

He also gave Brains his nickname when the two first met.

So, there are two Brains?

When you do the Crystal King review, you should include some pictures of him facing off against the Mine Mech. In other words, reenact the opening sequence of Clutch Powers.

how did I miss the rest of these? nice to find them