Before we begin, I just want to start off by saying that Galaxy Squad is a seriously underrated theme and still remains one in my top five favourite themes of all time, along with Mars Mission, Power Miners, Chima and Bionicle. Galaxy Squad is so far the only Lego theme that I own every single set from, even including the polybags. And with me kicked out of the Bio-cup and the redemption round theme being ‘plants and animals’, I thought it was about time I built something like this.

And so, without further ado… 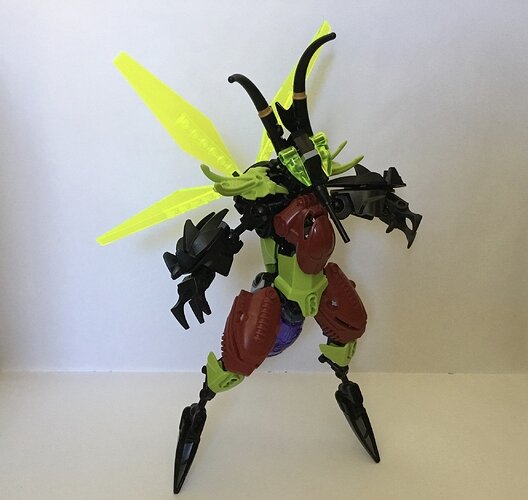 I generally enjoyed everything about this Moc much more than the other build too, whether it be the sturdiness, the build experience, the expressiveness - I just really like this Moc.

And I probably also went a bit crazy with the pictures. 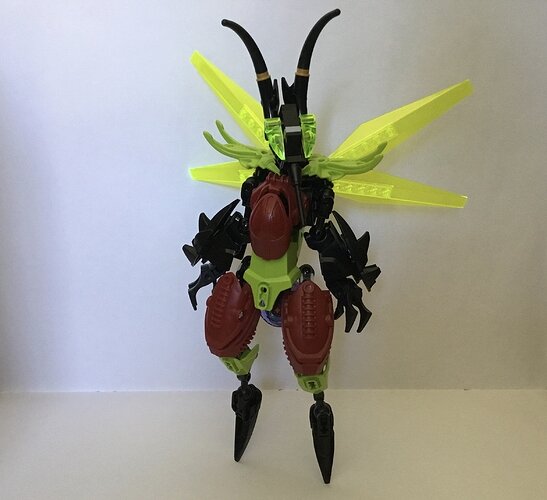 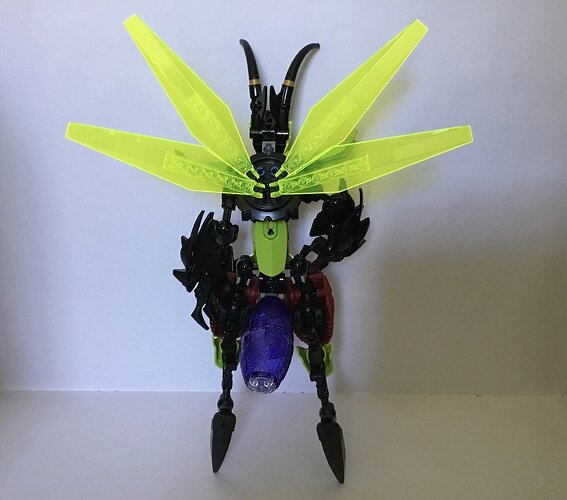 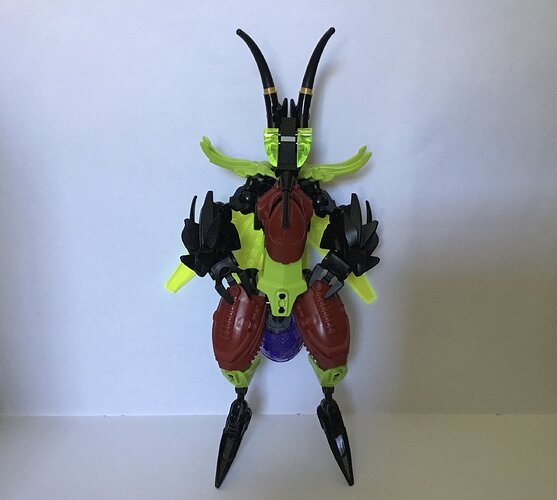 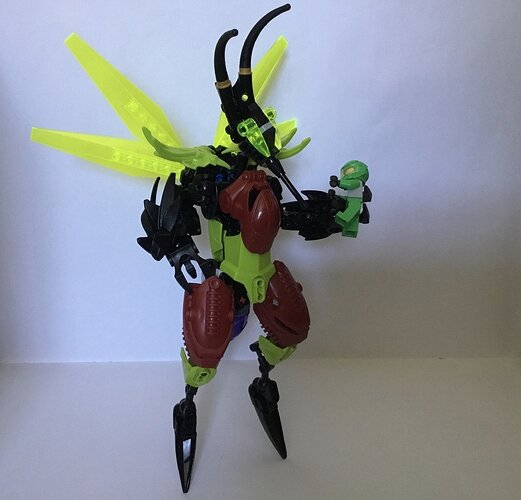 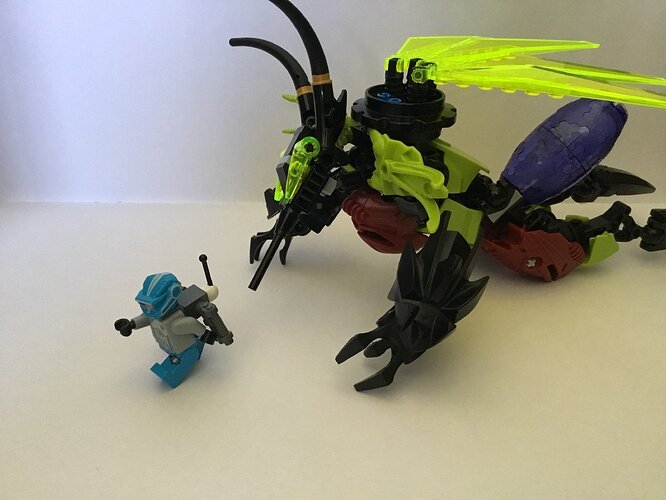 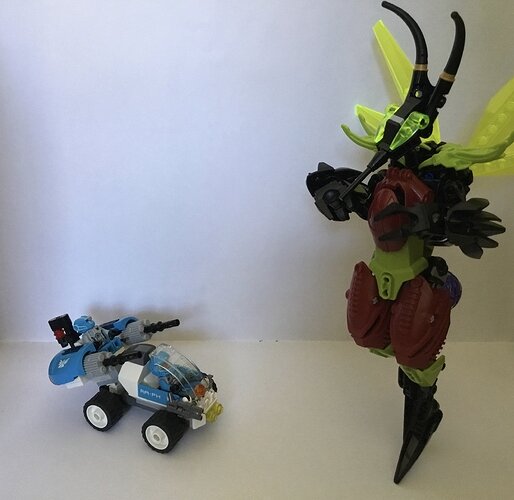 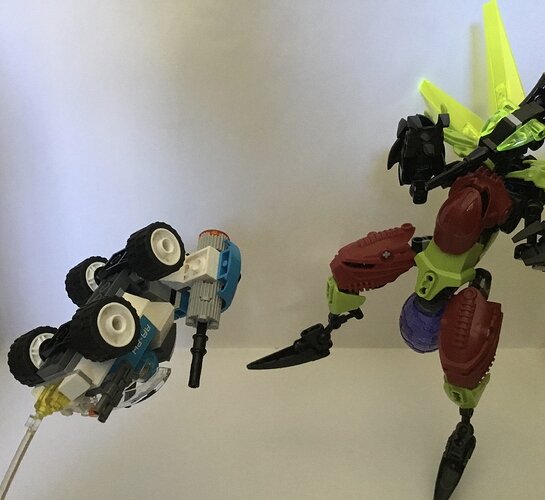 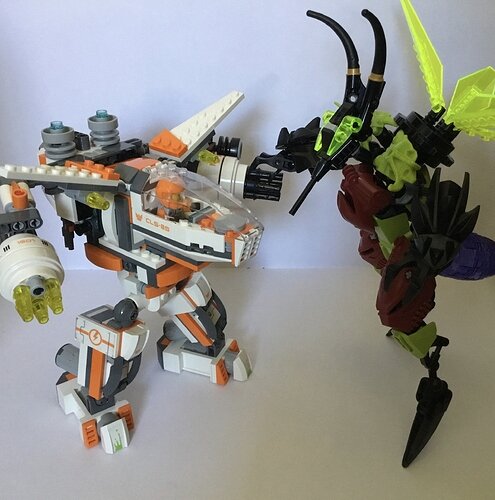 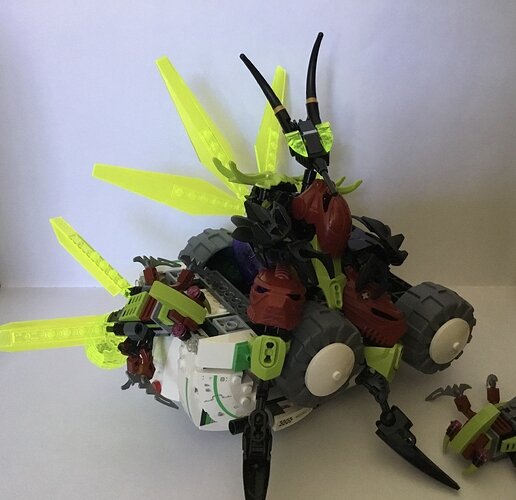 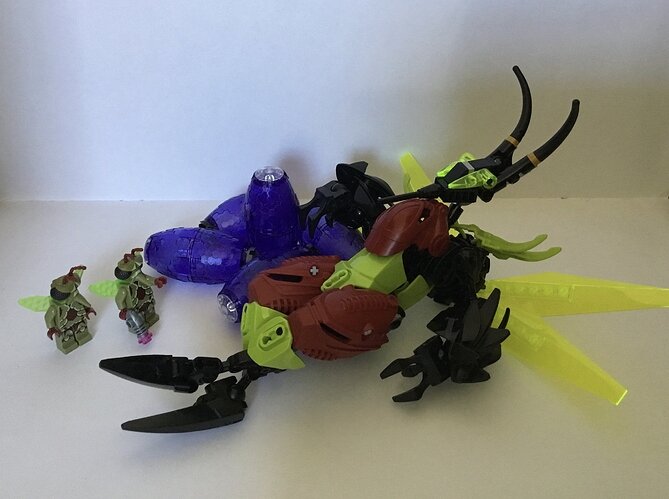 There’s a redemption round?

Nice work! I really like the shaping on this and especially the creative use of pieces in doing so (such as the Huna and Hordika heads).

I also really liked galaxy squad so this is nice to see.

Wow, love this moc, the hordika head thighs, Vakama head and fuzzy forearms look fantastic. This is making me regret selling all my Galaxy squad

This is making me regret selling all my Galaxy squad

Dang. That’s annoying. Which sets did you have?
Luckily you can usually find brand new Galaxy Squad sets for less than their original retail price on the aftermarket if you wanted to buy them back.

Did you ever find it weird how Monster Fighters led into Galaxy Squad, and then Galaxy Squad led into Ultra Agents?

Very nice, I am glad to see you entered the redemption round even though you didn’t get passed the prelims.

Really nice work, I really like the head design and how you made those wings!

I had 3 sets from the first wave: the small bug vs blue robot, the bug hover thing vs the blue 3 in one fighter and the big mosquito vs the red guys. Also had the hive crawler! That thing was sick, super creepy watching it scuttle along the floor.

The Hive Crawler’s great, that leg mechanism works perfectly. Though my personal favourite is the Star Slicer. That exclusive Red Buggoid is awesome.

I love the athstetic of this thing. 7/10